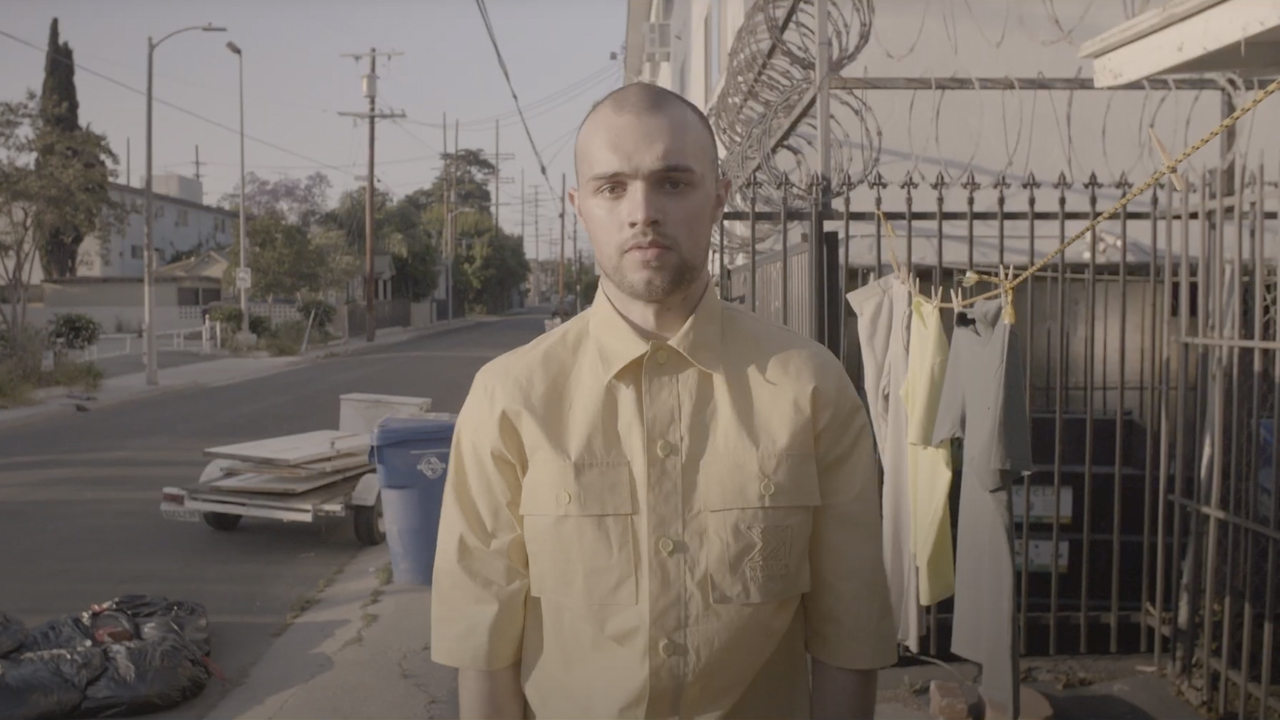 [dropcaps type=’normal’ font_size=’60’ color=’#ed145b’ background_color=” border_color=”]D[/dropcaps]irector Aidan Carberry’s clip for Tim Ayre’s single ‘I Want It’ is a fun and energetic clip following a single character as he dances through a surreal series of rooms and environments. The project also saw Carberry step into the roles of choreographer and dancer.

In the early stages of planning the clip, Carberry set out with the idea to create ‘something crazy’ with ‘interesting movement and video ideas’. The main challenge was that Carberry’s ambition was limited by the constraints of the COVID-19 pandemic and a tight timeframe. He recalls: ‘…only having nine days from treatment to delivery was very hard to do but also it forced us to be very resourceful and to limit the creative process since we [had] to [deliver] so fast.’ 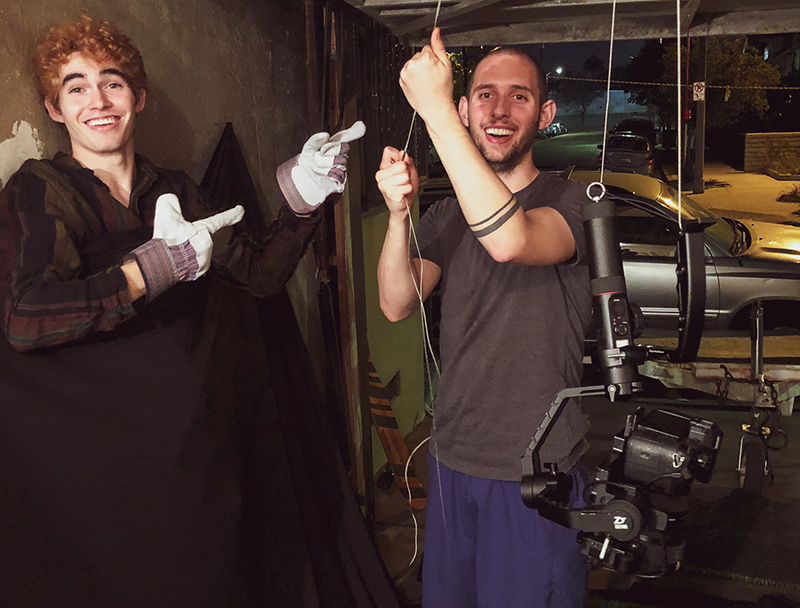 Despite the constraints, Carberry produced a clip filled engaging sequences. There are a variety of effects featured in the clip, ranging from shot masking to stop motion and serve to transform the inside of a normal suburban house into a carnival funhouse-like state. This compliments the indie pop upbeat liveliness of the song and its layered landscape of effects and synths.

The song’s playful energy is embodied in the clip, right from the start. The opening sequence is a backwards tracking shot at a high frame rate that starts with a bicycle crossing the frame in a flash and ends with the main character attaching jumper cables to a record player underneath the hood of the car he rode on top of. It is a unique opening, not just because of the props but also because it begins at a high speed and slows down to a  normal pace at the end when a new record is put on the player. This effect that was originally unintentional, as Carberry explains: ‘That shot was originally close to 20-30 seconds long. The label and Tim both felt it was too long so I had [to] speed it up close to 250-300% … making everyone in the shot move at a crazy fast speed.  Starting at that speed, I slowly let the speed slow back to the original tempo before I appeared on the car. The goal was to introduce the viewer to the world and to have a title sequence.’ 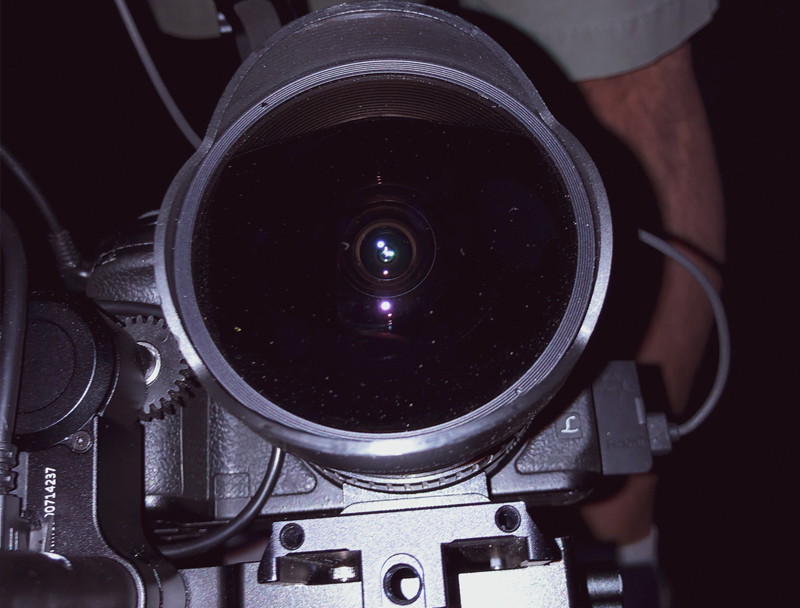 ‘Growing up’ is at the crux of the themes Carberry wanted to explore in the clip. In particular, Carberry emphasised his interest in ‘represent[ing] the internal dialogue of a person growing up in our generation’ because he interpreted the song as ‘a journey of both life and personal discovery’. You can see this journey through the different rooms of the house Carberry’s character dances his way through. Each room’s design and function contrasts against the other, with each representing a unique experience. One of the rooms is submerged underwater, which Carberry designed to reflect the ‘womb-like state of existing where something else is nurturing and caring for you’. In another, the room is completely blackened and the character dances surrounded by glowing orbs. Carberry explains: ‘We were orbiting around [with] the camera in the centre reflecting the solar system we live in.’

As the clip progresses, Carberry avoids showing any walls or partitions in the house as ‘the  vastness of a space with no walls can be super overwhelming, but has a limitless potential to it…walls also give me a space to create in.’ Instead the walls are the contrasting effects of each room, brought together into a house of experiences through the one-take feel of the clip. 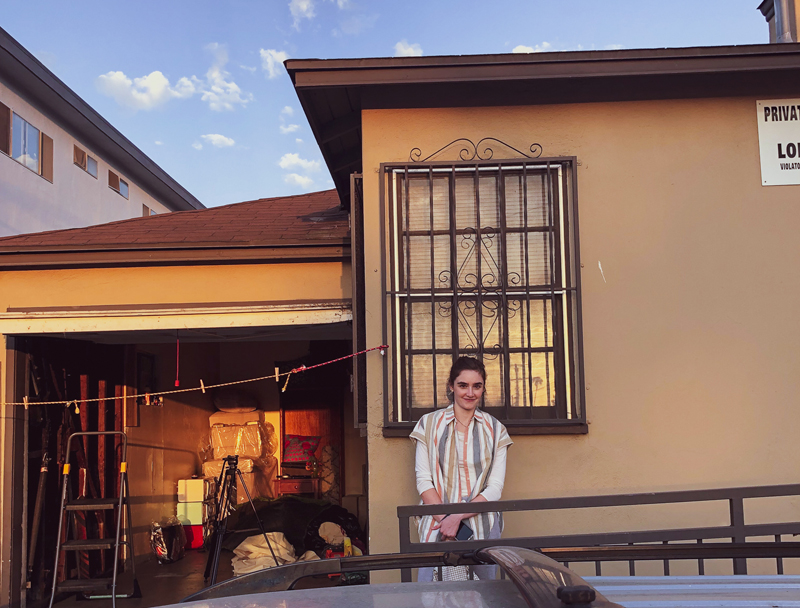 Carberry’s choreography is also extensively featured in the clip. Drawing from his training in European and African dance forms, he created a routine that brings together ‘the aesthetics these cultures bring to the body’. The aesthetic of the movements in the choreography also informs the movement of the camera. To harmonise the camera with the body, Carberry explains: ‘we used key frames to follow the motion of the choreography and then had the camera move at three points to make the viewer thinking we’re just staying in the wide and add some mystery to how we made this effect happen. This took practice of seeing what looks best movement wise and what is possible with the camera. We also filmed this with the music going at 50% which gave us more time to both make this happen and make the shots and movement cleaner.’ 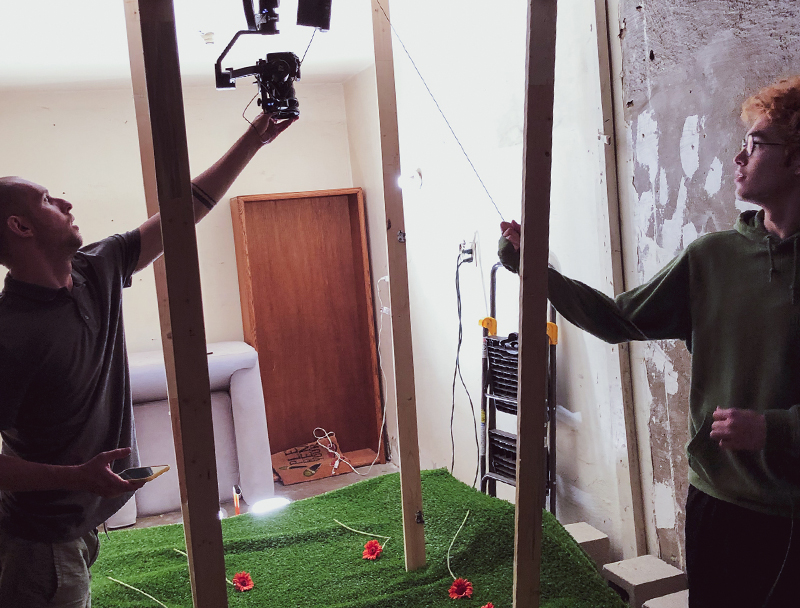 Having the way the body moves in the choreography inform the camera helps harmonise the rhythm of the song with the story of the video. Using a gimbal gave the freedom for DP Adam Agostino to be able to achieve free and flexibility to follow the movement of the body with the camera.

The clip finishes on a bookmark ending as Carberry’s hand reaches for the needle to begin the new record. The implication is that the journey will start all over again, perhaps to a different tune.

Here is the official video for ‘I Want It’