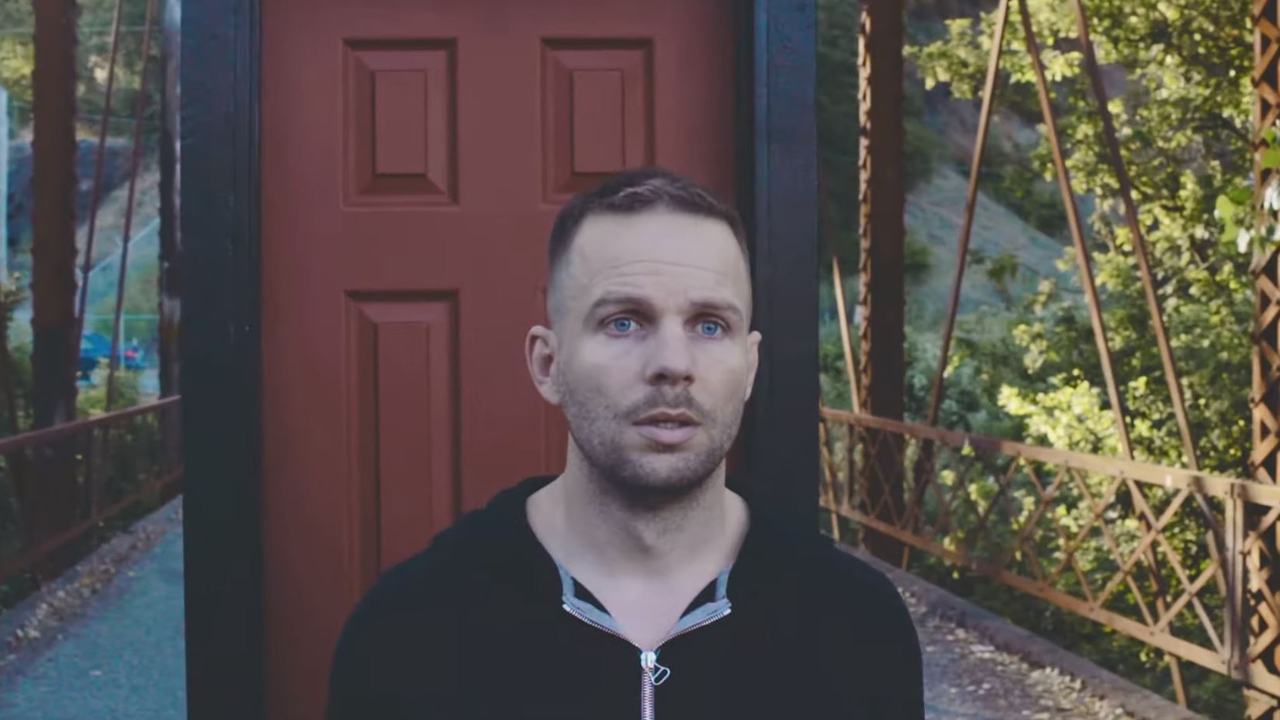 On his new album ‘Territories’ journeyman performer Tom Goss explores a year’s worth of experiences that he endured while travelling, and his evolving relationships along the way. The lead single ‘Quayside’ details a time of confusion and ambiguity for Tom as he came to terms with some emerging feelings that threatened to upturn his life.

“When I visited London (on the Quayside) for the first time, I really didn’t have any idea what I was doing. I didn’t understand the rules and boundaries. I still don’t, sometimes… I work hard to be open, honest and vulnerable in my life, but that’s not always the safest course. I wanted to know which parts of me I needed to turn off so I could survive and not destroy the life that I have spent so long building.” 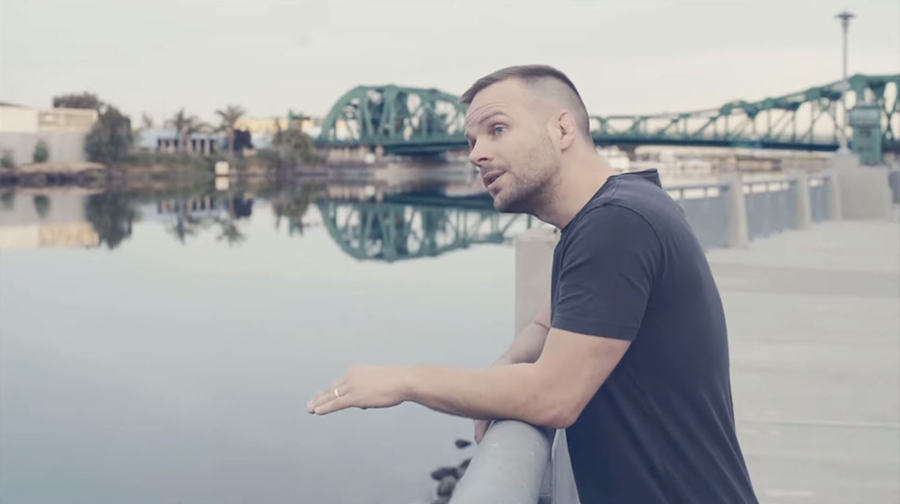 “In the video, we wanted to echo that tension. The counter melody of the chorus is “how long can I do this? How I long to do this right”, which reflects my longing to engage in a new relationship, while facing the fact that it, in and of itself, creates new emotional turbulence.”

In ‘Quayside’, Tom is roused from a safe place, at his piano in the studio, and beckoned by the presence of a man to pursue him into this unfamiliar world. Goss explains: “In the video, you can see that I’m not forced to engage with the man, every moment, every scene, I’m following of my own free will. Yet I know it’s often dangerous and elusive. When confronted with the weight of what I am following I run, scared, only to discover that I’ve already come too far. There is no longer a way around the conflict, the only choice is to submerge.” 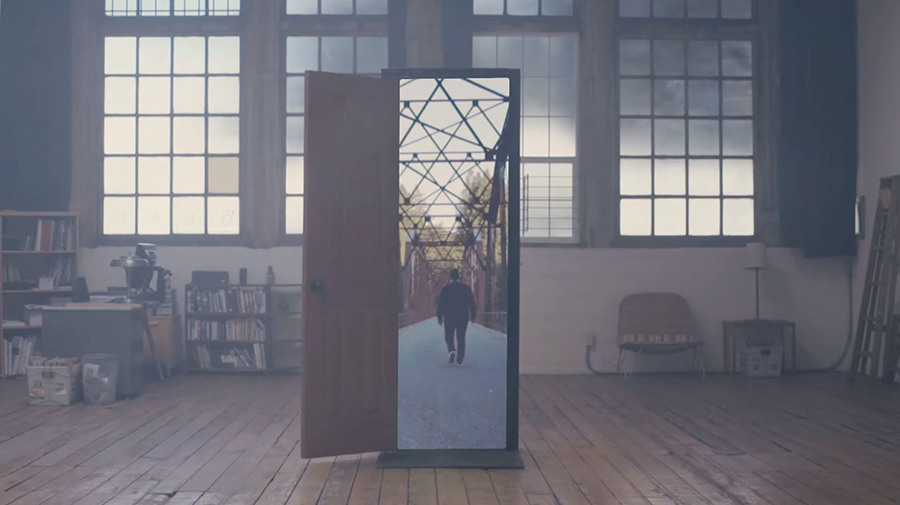 Once Goss steps through the door and begins his pursuit of this enticing character, the camera becomes unstable and almost frenetic, a stark difference to the peaceful, steady and smooth movements of the camera in the performance shots of the video. When asked about the choice to present the scenes with a different camera feel, co-director and cinematographer Lorelei Rubik replies: “I wanted to break up the segments and give a different feeling to each moment. That’s why you’ll also notice subtle effects such as the flares we created with crystals in some of the studio scenes.”

”When Tom goes through that door, it puts him in a new world where he is chasing something and/or someone; it’s an unfamiliar place, and the door represents a decision – continue, or stay. The unstable motion of the camera symbolizes this uneasy feeling of exploring the unknown. I think the change in shooting styles helps give that extra bit of feeling for the viewer in those scenes, especially as the video comes to an end in the bay.” 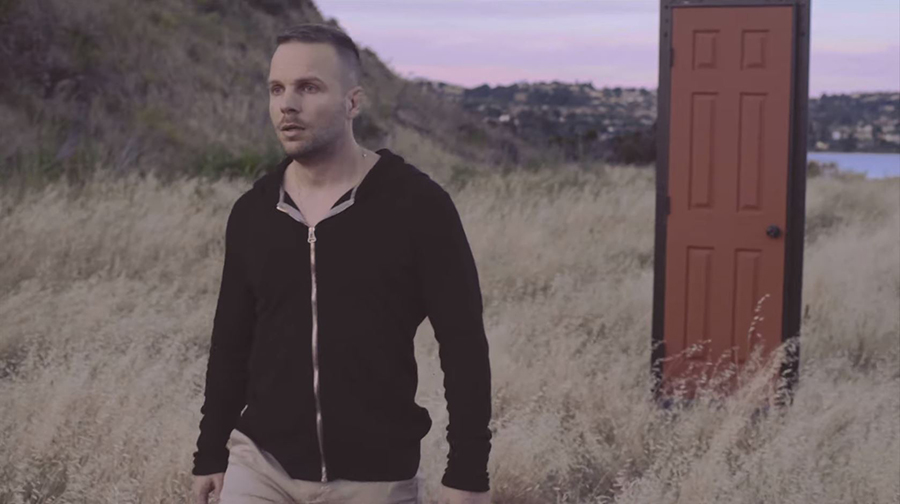 This feeling and energy of the video is heightened by the use of quick on the beat cuts throughout the edit, particularly when the production of the song ramps up in the chorus. Rubik explains: “We built the edit around the story we had, then went back to clean it up and polish bits here and there. We shot all of the performance bits as double speed playback, so that Tom is in slow motion, but still timed up to the lyrics. The production of the music ramps up quite a bit in the chorus, so we needed to find this balance between the slower verses and faster chorus. Once we added those quick cuts, everything clicked. The rapid cuts allowed Tom’s slow movements to match the faster tempo of the chorus. When the chorus ends, we can slow the cuts and hold on for those longer takes of Tom, and breathe into the story.” 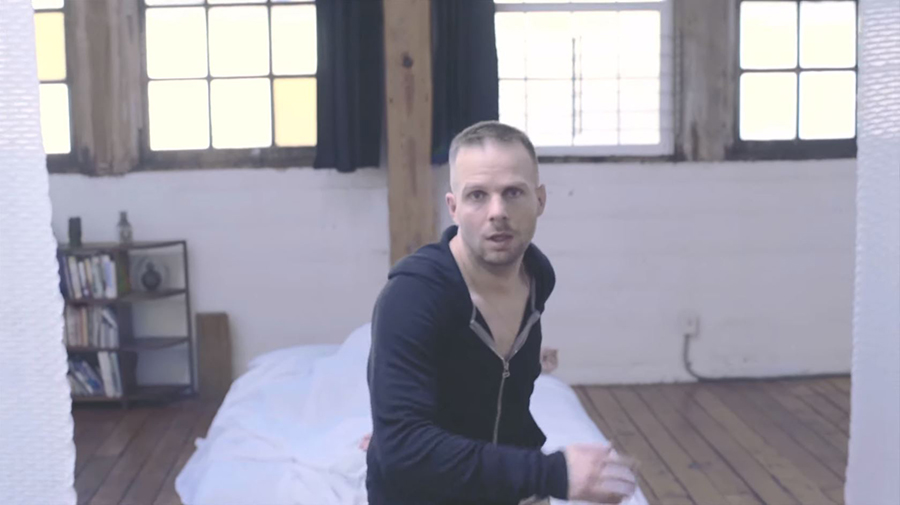 In this closing shot, as Goss finds himself too deep to turn back and allows himself to plunge into the unknown, as the water ripples around the camera, there is a reluctant peace. Uncertain and shaky, but peace nonetheless. It’s a realistic conclusion, while conceptual and slightly surreal on screen, it comes with a certain pragmatism and maturity. The knowledge that things are rarely perfect and you can’t submerge yourself in change without making a few waves.

This maturity to Tom Goss’s art is unsurprising when you hear of his background. From wrestling in college, to teaching and then seminary school, to eventually finding his purpose as a performer while working for a non-profit organisation in Washington DC. Goss endeavours to channel the perspective he has gained from these widely varying experiences into both his work and into his very self as a person. 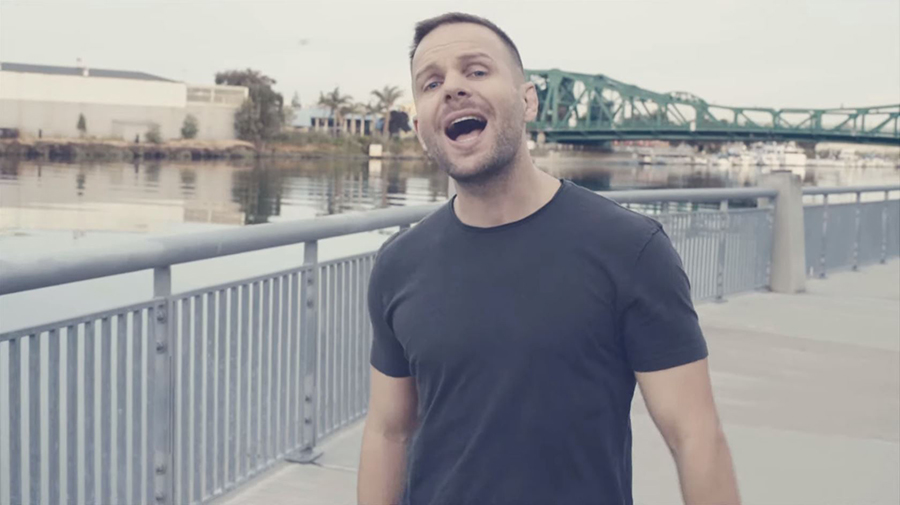 “I spend a lot of my life in search of truth and understanding. That goes for my own feelings and beliefs, as well as that of others. I appreciate being an athlete from the Midwest. It’s instilled a humility and work ethic I’m not sure I’d have otherwise. I appreciate my stint teaching because it gave me a glimpse of the impact one person could have on the world. I appreciate my seminary experience because it gave me the opportunity to risk everything, and ultimately lose everything. I love my story, and the uniqueness of it; I wouldn’t be me without it.”

Here is the official video for “Quayside”