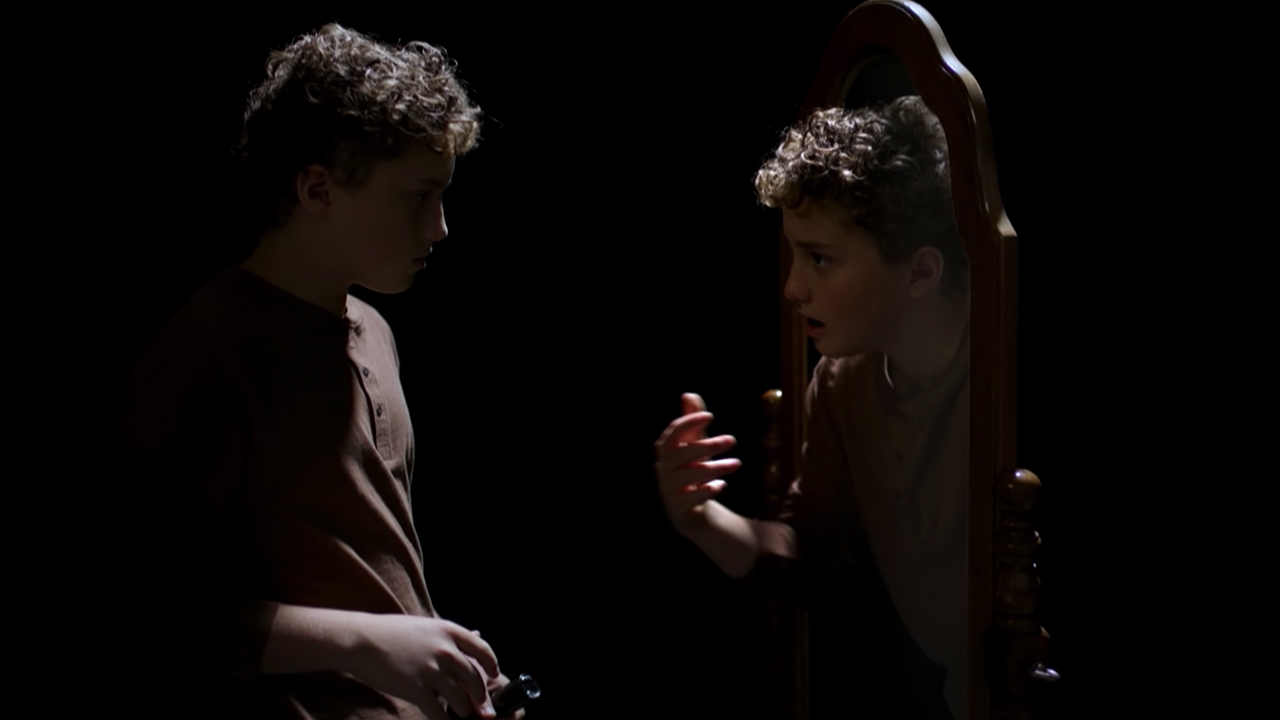 by Anth Webster
0 comments
[dropcaps type=’normal’ font_size=’60’ color=’#ed145b’ background_color=” border_color=”]T[/dropcaps]he word meteoric can barely even begin to describe the rise of now global sensation Tones and I. Her story is one of inspiration and craft that has seen her become one of the most recognisable and celebrated new artists in the world right now. When this sort of thing happens, it is always incredibly heart-warming to see these artists recognise the contributions of their collaborators and continue to work with them even once there’s surely a swarm of other creators beating down their door. 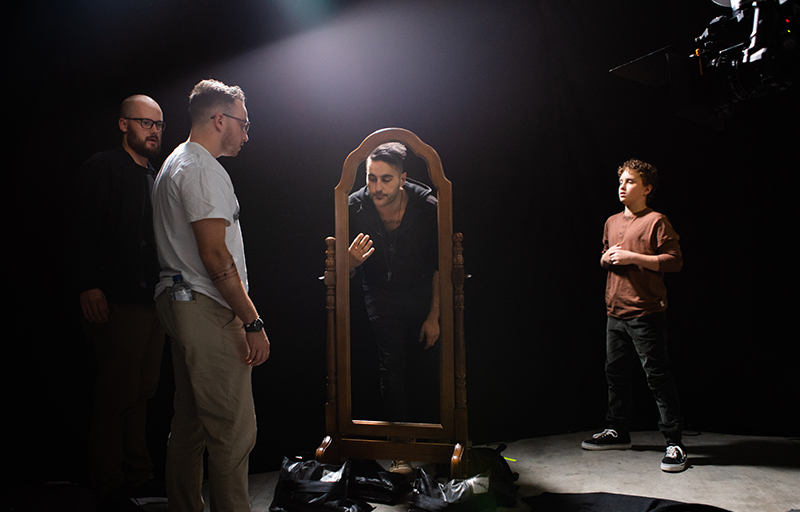 Though this is far from the first rodeo for the directing team of Nick Kozakis & Liam Kelly, ‘Bad Child’ is now their third music video with Tones and I, proving the combo to be a most formidable and fruitful collaborative relationship. “It’s been a blast working and collaborating with Tones.” Kelly and Kozakis explain, “It is really humbling that she trusts us with her brand and her vision. The key to it is respecting Tones’ ideas: she has lived, breathed, and created the music, so naturally Tones will have a strong idea on what the video clip should convey to reflect her lyrics. It’s our job to make sure that we are helping that vision come to life. Ultimately though, it’s a true testament to the team we have surrounding us, we treat each production like it’s our own little family, and we make sure that Tones feels comfortable and is part of that team.”

On the conceptual process they shared with Tones and I on ‘Bad Child’ they add: “We amalgamated this concept from an old idea we had sent to Tones, and we tweaked it to fit more around the idea of ‘Bad Child’ and Tones singing about someone who is outcast by their family. Tones is always involved in the creative process, so it was just a case of us working on the treatment together and making sure we’re staying true to the creative ideas behind the track. We’re really lucky to work alongside an artist like Tones, because she’s not afraid to go for bigger concepts and to tackle really large ideas like family trauma and escapism.” 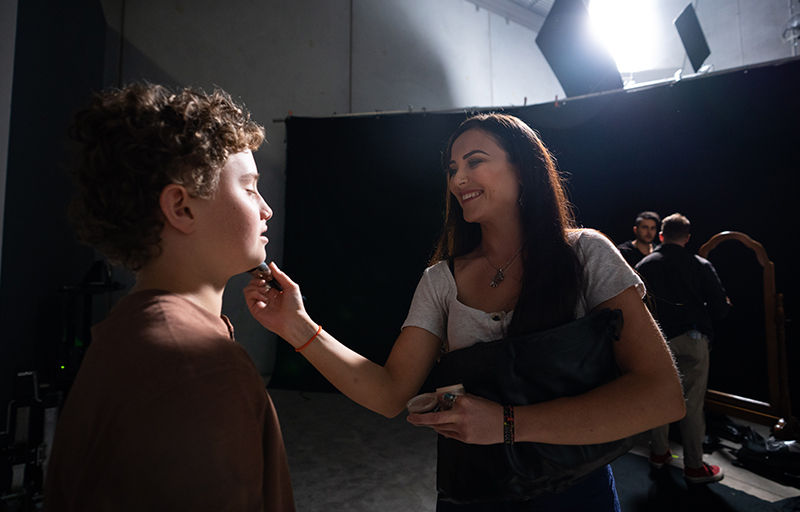 The ’Bad Child’ video centers around a boy (so engagingly portrayed by actor Indi Serafin) who, during a game of hide and seek with a friend (a young Tones and I played by Jordan Mackintosh), he is pulled into a fantastical parallel world where the house they are in becomes a twisted surrealist projection of aspects of his personal life. The location, Noorilim Mansion in country Victoria, is an already stunning setting with classic colonial architecture and beautifully well-kept appointments. However, as the boy processes the more traumatic parts of his life through dreamlike situations, the mansion comes to freakish life with colour and expression.

On working in this one-of-a-kind location, Kelly and Kozakis say: “We were lucky to team up with the Yah Yah ladies Anna Bardsley-Jones and Annalise Menzel to co-produce this clip with our frequent collaborators Fabiana Weiner and Timothy Whiting from Visible, and they did an amazing job nailing the location. We were so happy to have landed Noorilim. One of our earliest discussions with our DP Carl Allison was around how we were going to show off the location, so we landed on shooting a full frame image, compared to our usual style of 2.39:1. To show off the height of the rooms Carl shot quite wide and favoured shooting from low angles looking upwards to really maximise the sense of space and grandeur.” 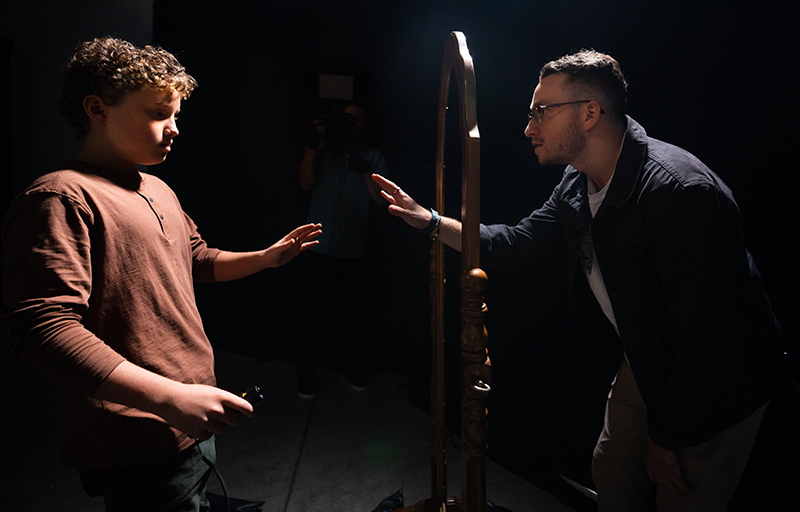 There is a recurring shot in the video of the protagonist falling through space in glorious slow motion as he is transported between sequences and realities. We couldn’t possibly not ask Kozakis and Kelly about how they made these shots happen: “It was an intricate setup, but one that we couldn’t have done without the Robotface team. We knew we wanted Indi to fall down the rabbit hole and into the depths of his dark mind, so we decided to use the Bolt robotic camera and slow motion to create some unique looks. We’ve wanted to work with the Phantom Flex for a while and knowing that we could utilise the high frame rate with that camera, as well as the Bolt robot arm in the same space was a great opportunity.”

“Carl (cinematographer) and Tom David (Robotface) were able to program the bolt to capture fast falling action in a beautiful move, whilst shooting at such a high frame rate to be able to hold long enough on each take. A big shout out has to go to Anna, Annalise and Fabiana, who made sure that everything was above board from child permits, to working with children checks, and working alongside our stunt team to make sure what we wanted to capture could be done safely.” 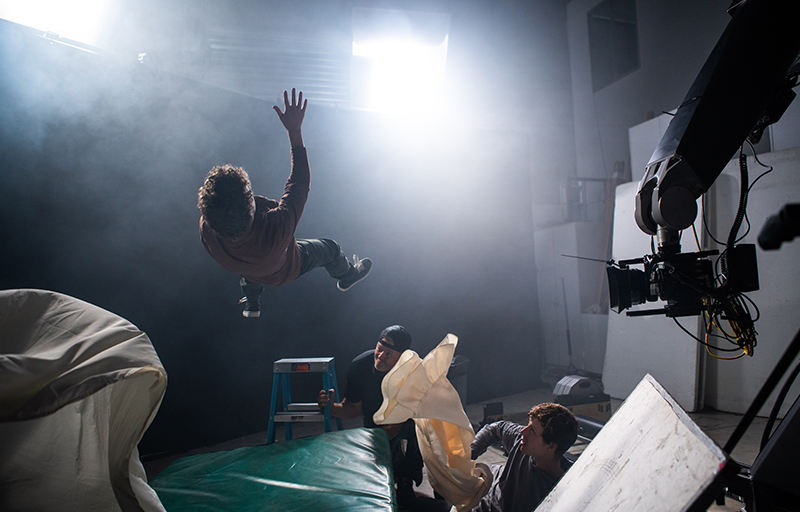 This shot is indicative of what makes ‘Bad Child’ such an engaging piece. The combination of practical and special effects throughout the video do such an amazing job of conveying the mind-bending experience the video’s star is enduring. At one end of the spectrum it is gloomy lighting for mystique, at the other it is a wall crumbling and dissolving behind the protagonist before our very eyes. Then as the boy confronts his own living reflection in a mirror, the VFX team really get to flex their muscles.

Kelly and Kozakis tell of their use of pre-visualisation on set to ensure everything could come together in post: “We knew going into this shoot that the clip was only going to sell if we could pull off the VFX. Timothy Whiting, one of our producers and our VFX Supervisor, suggested running a feed into a computer on set so that he could do a live comp of the shots. It was really a lifesaver because Nick and I could review the take with the talent, and everyone could see what needed to be tweaked in order to get the shot. It not only helps talent on set, but it makes our life so much easier in post-production because we can be sure we’ve got it right, rather than getting options on the day and praying in the edit suite.” 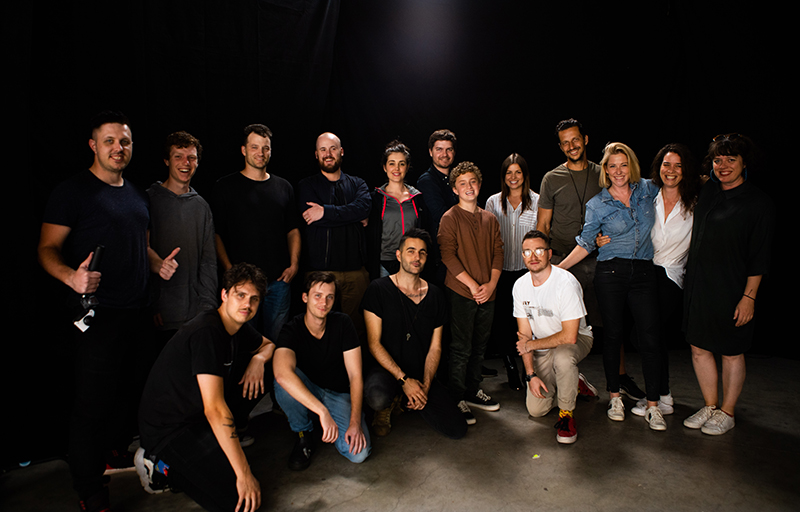 The way Nick Kozakis and Liam Kelly describe the collaboration on all fronts for this video is inspiring. Along with the teaming up with Yah Yah Productions, it is the ongoing creative relationship they share with Timothy Whiting, their producer and partner at Visible Studios. When asked about this relationship, they reply: “We have been working together for quite some time, however the most official collaboration as co-directors started on Tones and I’s Dance Monkey music video. It’s been a smooth process, where we both discuss story elements, and visuals, and settle on what works best for the video, or in some cases the vision that Tones is looking for. Tim is always overseeing our story elements, and whilst he’s very supportive, we do tend to push the concept to a point that may give him financial headaches, but ultimately, we all settle on the common ground of doing what’s best for the final outcome of the piece.”

Here is the official video for ‘Bad Child’