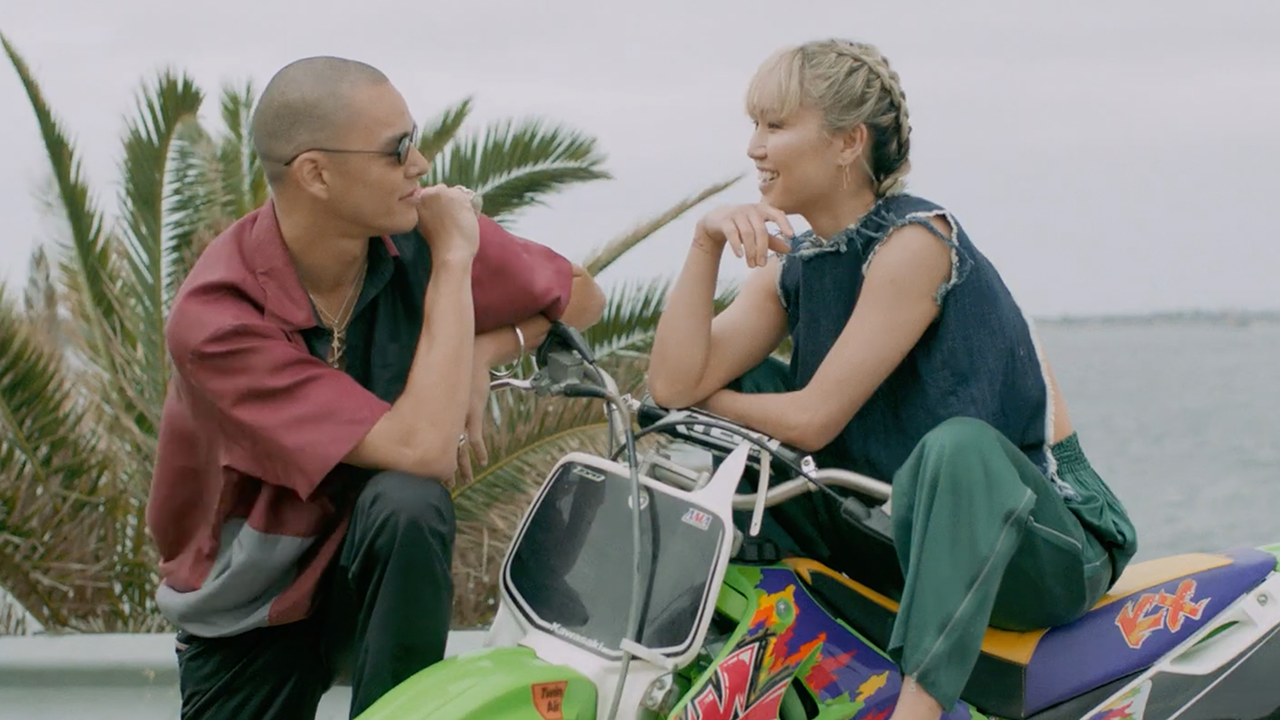 [dropcaps type=’normal’ font_size=’60’ color=’#ed145b’ background_color=” border_color=”]L[/dropcaps]ead adrift on a fantasy by a voice at a karaoke bar, a timeless imaginary love story plays out against an Asian-Australian culture-blend backdrop, to the tune of ‘Hush’ by Tzekin and Alice Vicious. For director Radge Ratsaphong, the intriguing way in which traditional cultures from around the world can clash against the rich Australian tapestry was always an interesting setting for a music video. 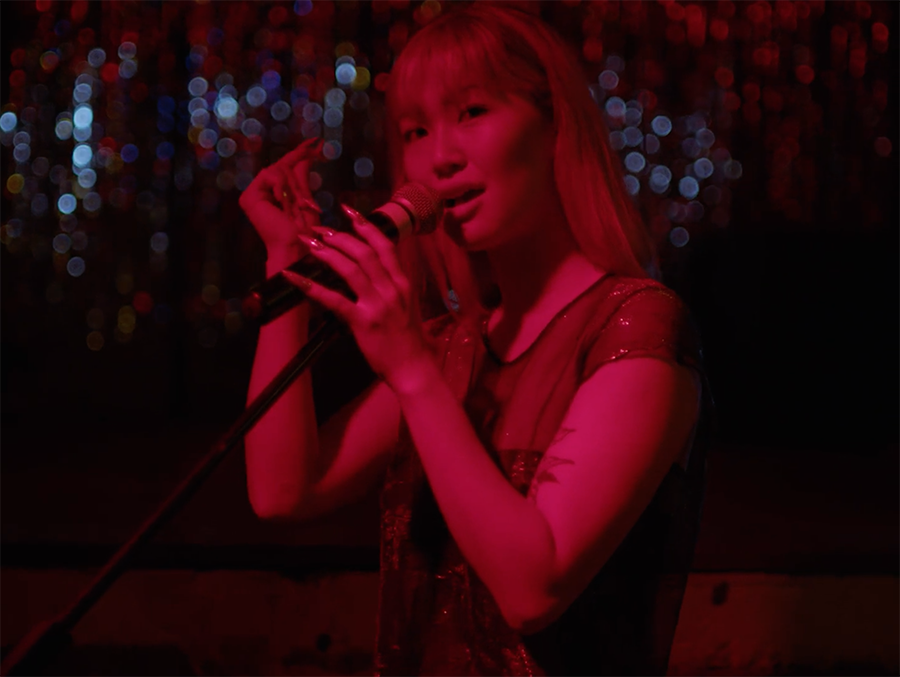 “Myself and Tzekin have known each other a while, and when discussing the prospect of making a clip together we began talking about what the Asian-Australian, and even the Australian, cultural identity meant to us. I can’t speak for all cultures that exist in Australia, but I’ve always been fascinated with the contrast between the traditional Asian aesthetics and the unique Australian landscape.”

Ratsaphong continues: “This was actually my primary exploration for the clip to be honest! The love story was just the vehicle that allowed us to look at it closer. This contrast exists for all migrant cultures in Australia, so it’s something I aim to continually explore in a lot of my work, looking at these contrasts, and how each bit forms todays Australian cultural identity.” 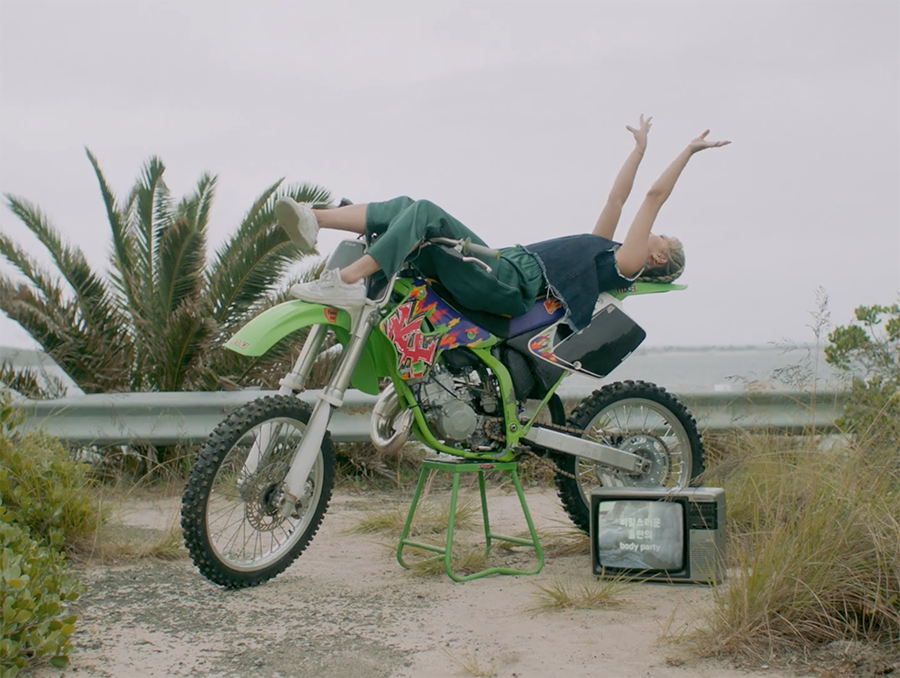 “The main idea for the clip was just for this couple to lock eyes at a karaoke bar and then to have this shared fantasy of a relationship consisting of the girl singing to the guy wherever they went. It was a slight nod to one of mine and Tzekin’s favourite films ‘The Killer’ by John Woo, in particular one scene when Chow Yun-Fat walks in to a restaurant and becomes fascinated with the singer (Sally Yeh).”

The video follows a couple through a daydream, inspired by each other’s presence in the karaoke bar. The montage of their fantastical and idealistic relationship takes them to some interesting locations which present as a comprehensive snapshot of Sydney. Far from the boujee façade of the CBD, this is authentic, warts and all Sydney, in all its vast and ruthless beauty. 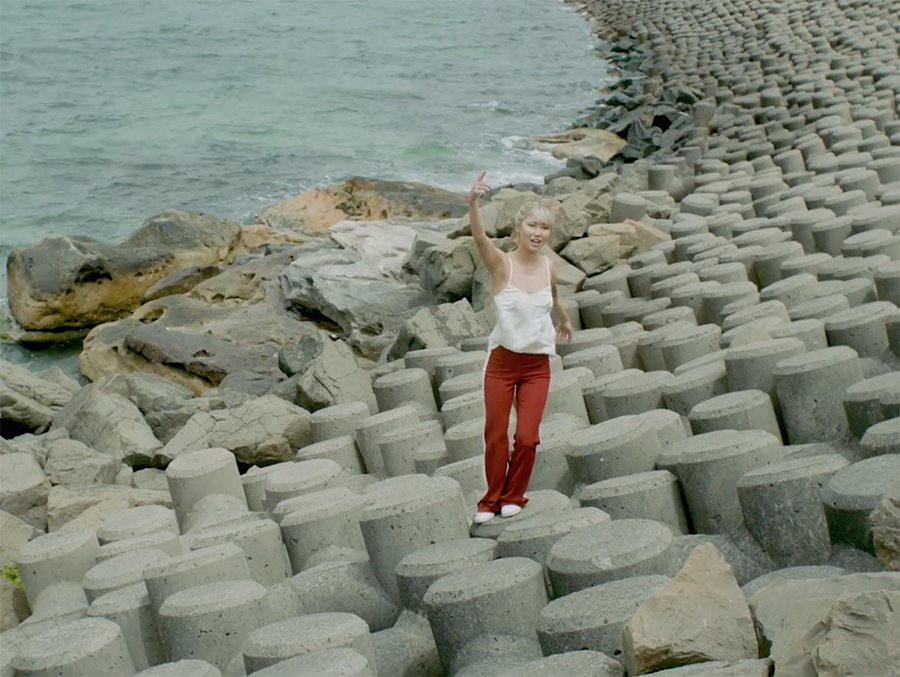 Ratsaphong elaborates: “While navigating this landscape we wanted to reflect the areas that we came from and what the majority of metro-city based Australians came from… It’s not all about Bondi Beach, Opera House, the Gold Coast or Flinders St Station, these landmarks obviously only make up such a small fraction of this country, so it’s really about shining a light on the other areas that don’t get featured. All the shitty concrete everywhere, the industrial areas, the shopping mall carparks etc, these suburban wastelands that house so many migrant families.”

“Water was important for us too, and the wave blockers featured in some of the shots are a nod to Tzekin’s heritage in Hong Kong, for us these were symbols of strength, showing our characters as strong individuals amongst the landscape.” 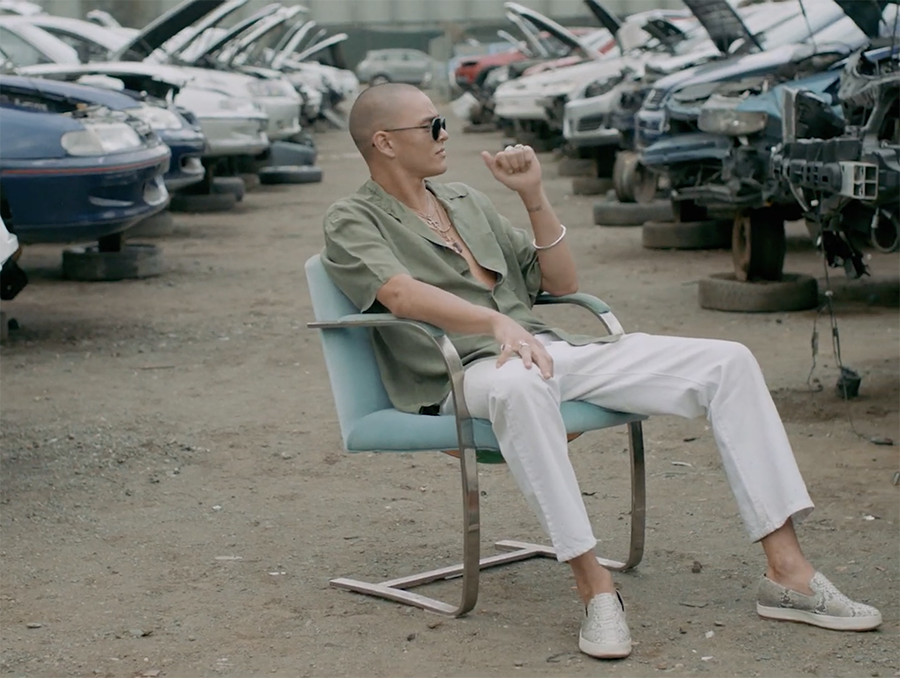 The choice to set this make-believe reverie in real and genuine Sydney instead of heightened fantastical locations grounds this story in such an interesting way. This realness is driven home by the presentation of the video achieved through practical lighting and a crisp naturalistic camera look.

Ratsaphong recounts: “We shot on an Amira. The DOP, Will Robertson, chose this in particular because he knew that the sensor would be able to handle low-light colour mixes really well. We didn’t have any budget for a gaffer, so everything was 100% practical, as is usually the case for small-budget clips of course.” 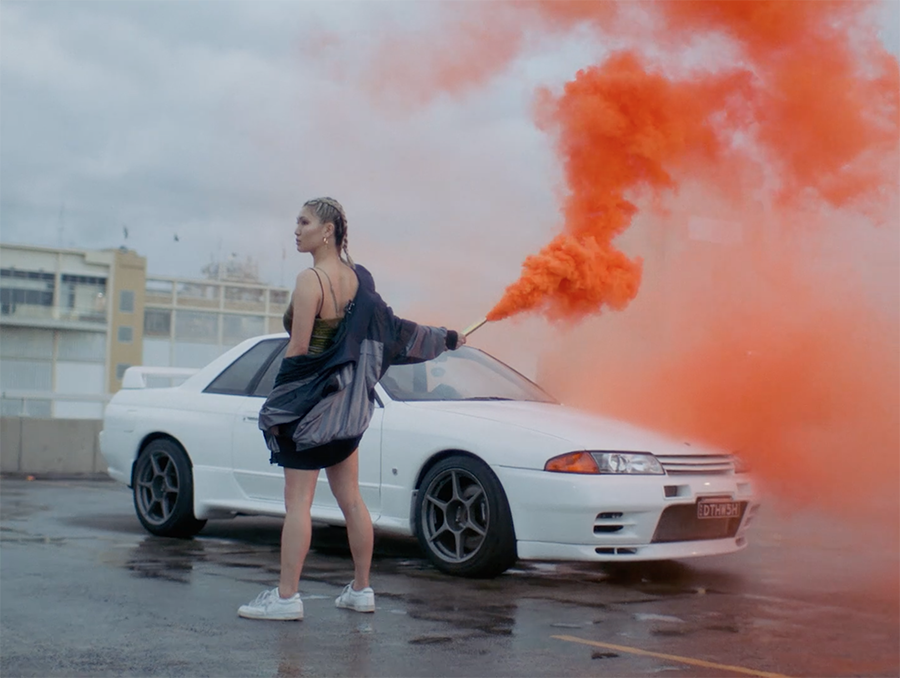 “Considering that everything was pretty much on location we were lucky with the weather in that it didn’t rain, and I was also quite happy that it was overcast, showing a different light tone than the normal ‘sunny Australia’. However I would’ve loved a bit of a sunset for the carpark scene shot at dusk, unfortunately no matter how long we waited (and we sat there for about a whole 90 minutes), the clouds wouldn’t part or take on any colour of their own. Luckily however the flares we used became their own interesting light source, which ended up giving a pretty unique look to those scenes.”

When asked about the choice to shoot the video in a classic 4:3 aspect ratio, Ratsaphong replies: “I just think there’s a kind of honesty to 4:3 ratio shooting, there’s less frame to distract from the main focal point in a shot. I don’t always shoot in that ratio but it seemed appropriate for this, and it also harks back a little to a lot of the Japanese and Hong Kong cinema I grew up watching.” 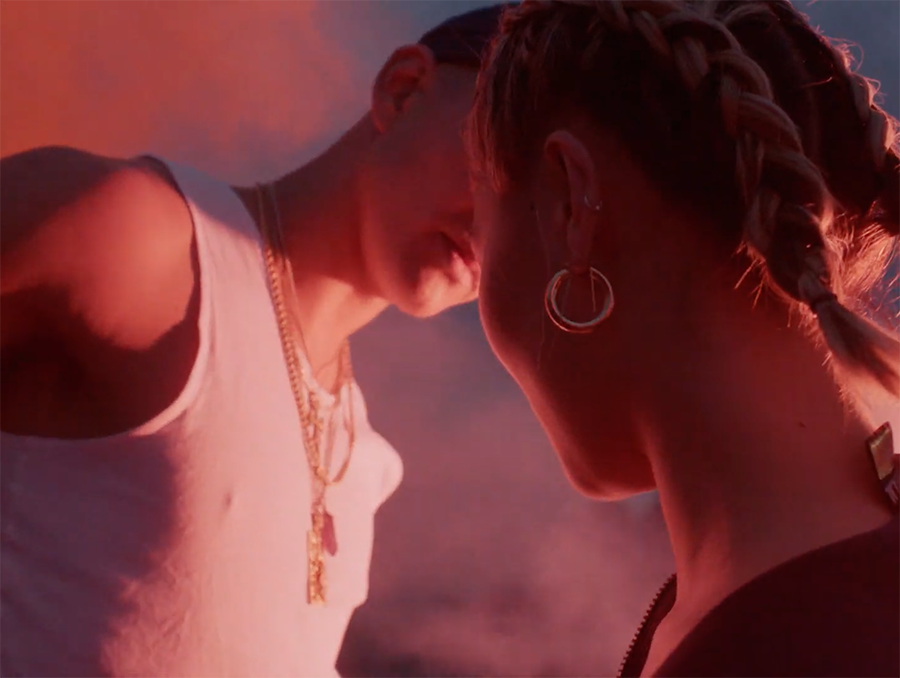 The way the two leads of the video played by Deborah An & Tristan Young interact with each other, as their burgeoning love is delivered to the tune of the song, almost makes them feel like surrogate performers in place of Tzekin and Alice Vicious. An sings, Young clicks, they both dance.

When asked about this, Ratsaphong explains that this wasn’t necessarily the intention: “It’s really interesting you say that as I hadn’t thought of it like that, but it totally makes sense! I wonder if Tzekin thinks of himself as Tristan in the clip haha… Working with Tristan and Deb was great, Deb is an actor I had cast in an ad a few years back and Tristan is an ex-dancer turned meditation therapist so naturally they got along great!” 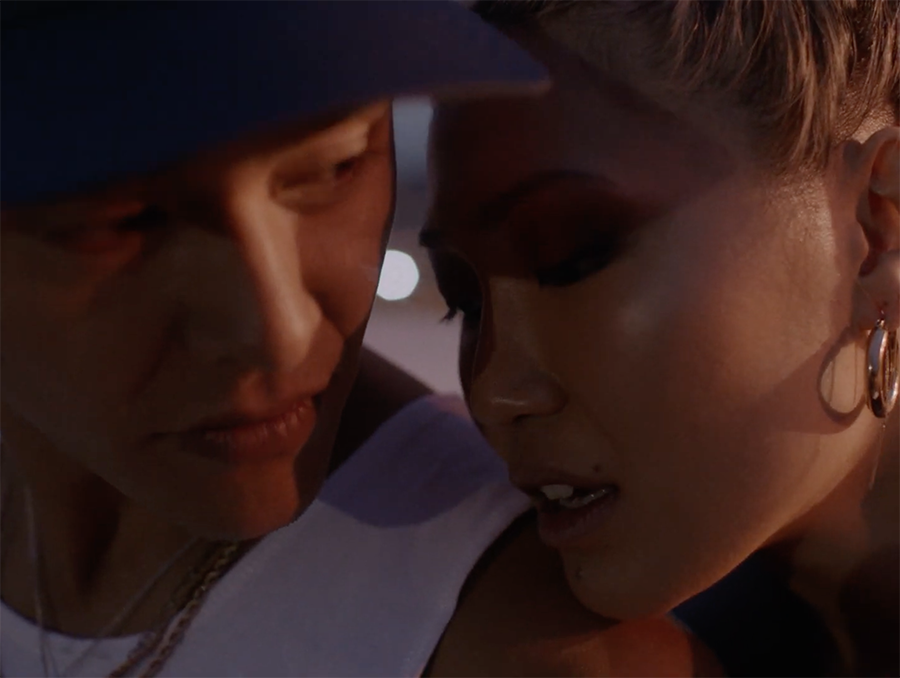 The chemistry between the two leads is palpable and goes a long way to really delivering this video as it is intended, a flight of fancy borne from the excitement of a shared love at first sight moment. However, it is the choice to draw on the shared experiences of director Radge Ratsaphong and the artist Tzekin to set this dreamy story amidst the unique cultural fusion of Sydney that makes it such a memorable viewing experience.

Here is the official video for “Hush”