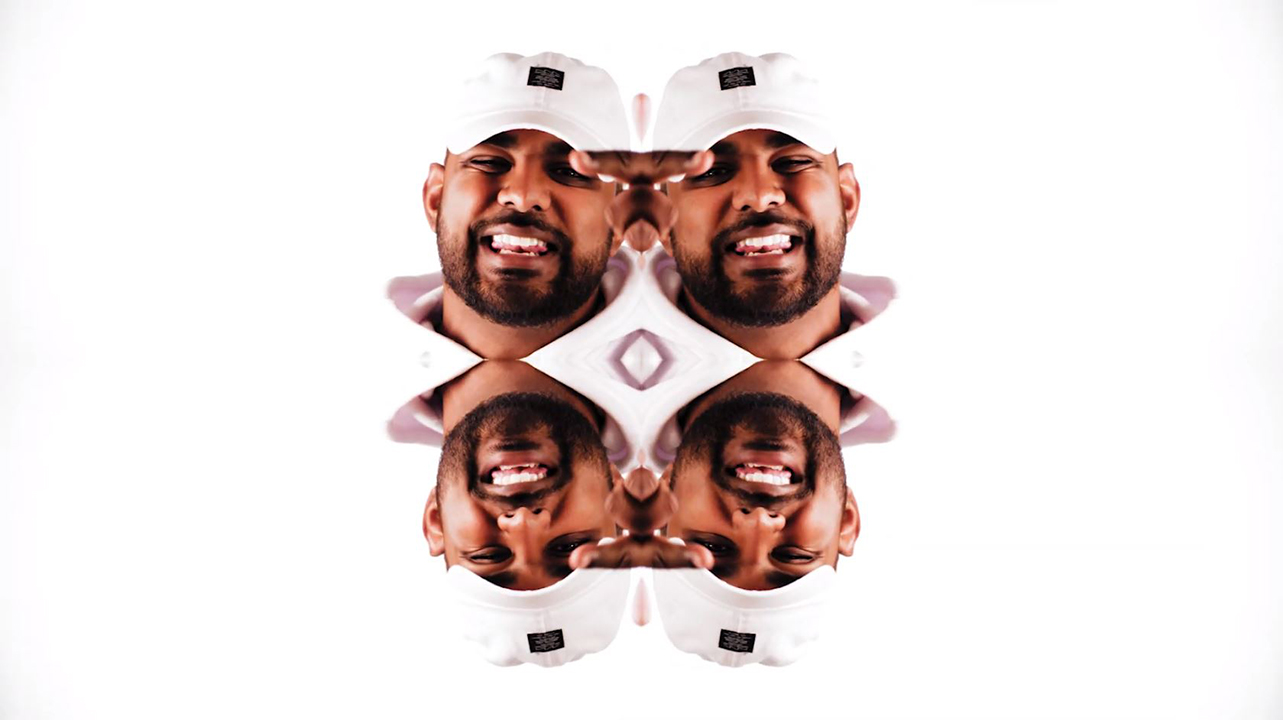 [dropcaps type=’normal’ font_size=’60’ color=’#ed145b’ background_color=” border_color=”]I[/dropcaps]n ‘Hitman / 247’ West Sydney rapper ZERO serves up two helpings of his rich brand of honest and gritty hip hop. The two tracks, very different in feel but seamed together into one piece, presented director Vikram Singh Grewal with a very unique challenge. “One of the interesting aspects of this project was the song’s composition. The song has two different tracks that are joined together and presented as a single song, which appealed to me quite a lot. It allowed for a more creative approach for the treatment.” 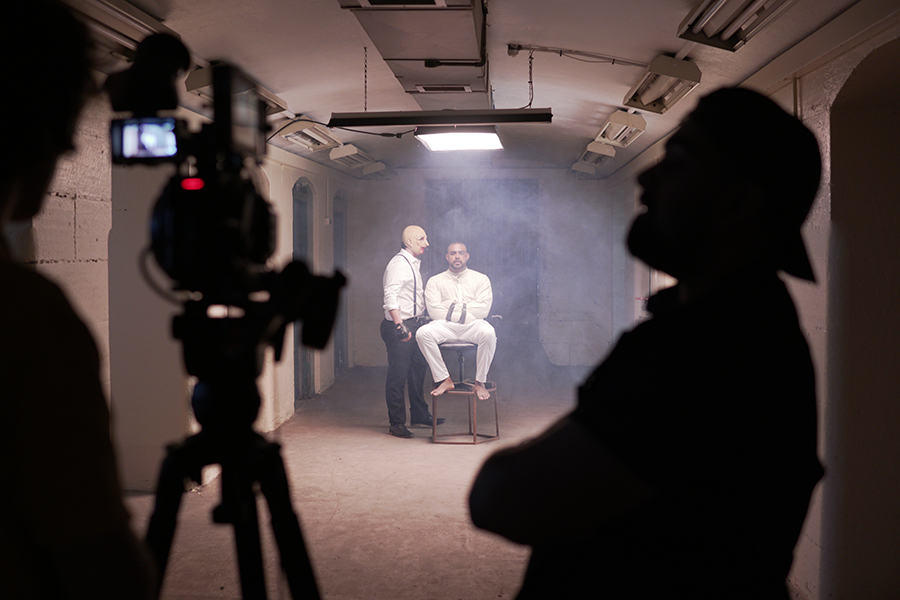 “The first song is about the Devil sending a Hitman (Demon) down to earth. So, I thought it would be awesome to have a horror element to the track. Having a possessed insane patient shape shift into different versions of itself was a visually engaging concept that we discussed early on. In the second part of the song, I went with a performance-based approach, with warmer tones and dynamic editing to show a contrast in songs. I especially enjoyed exploring the dichotomy to everything. Yin and Yang. Good and Evil. I aimed to showcase that very notion in this music video. The first, being more dramatic and genre-based, while the latter being more upbeat, fun, and light-hearted.”

The ’Hitman’ half of the video follows a straight-jacketed man being lead from his cell to a session with a doctor played by ZERO himself. The video takes a supernatural turn when the patient begins to change form right before ZERO’s eyes. This segment of the video takes place in a dark dingy room of an abandoned prison, an already existing aesthetic that Vikram is able to enhance through some sinister single source lighting, tight claustrophobic camera angles and special effects. 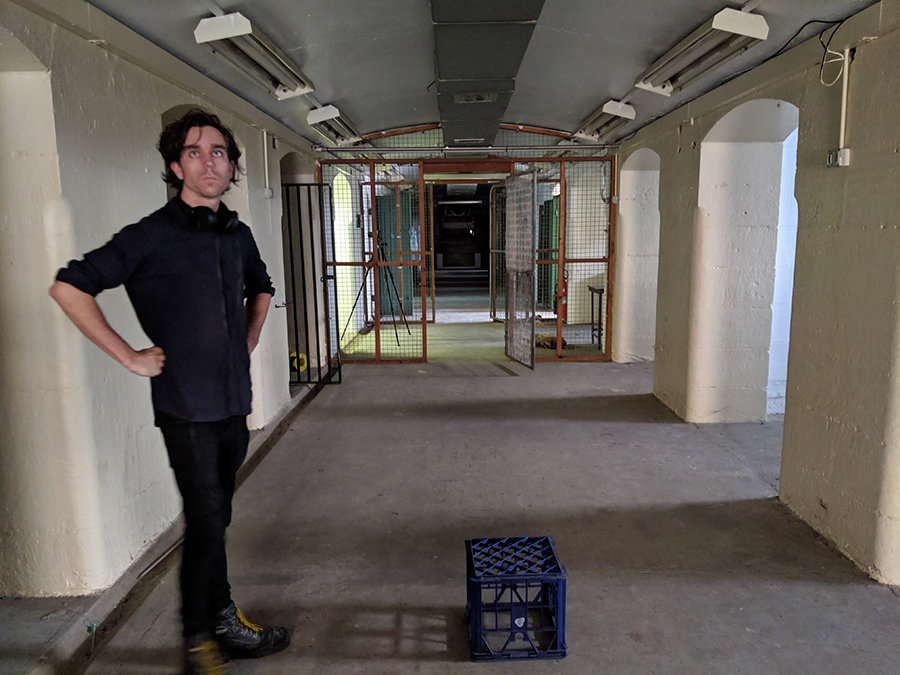 Tapping into that well-trodden ground of asylum horror really helped Vikram to drive the first half of the video home: “One of the biggest challenges in the first half was getting the insane patient to morph into the next creature and so forth. I conducted a camera test prior to the shoot day. We locked off the tripod and simply cut in between the movements. Marking the start and finish spots of each character. Add in some effects and camera movement in post and voila, an easy way to do effects without a budget.”

“The light source we used was a Litepanel 4+, which was recommended by the DOP, Liam Patrick. However, we weren’t sure if we were going to be able to rig it above the characters, fortunately, there were ventilation pipes running through the middle of the corridor. We were able to tie it to the pipe pointing it straight down. This gave the characters a very moody and distinct look. One of the main reasons for placing it right above was for continuity. Being able to keep it in one spot for the entire shoot made it much easier to get the shots we needed in the limited time we had.”

The incredible setting of the video came to be through a little fortuitousness, sacrifice and a lot of ingenuity: “I wrote a feature film last year with the setting being within a gaol. I wanted to look at different locations around NSW, Parramatta Gaol is one of those locations. It has also been used for various productions, Home and Away being one of them. Fortunately, the administration at the gaol are very friendly and accommodating. Our budget was very low and they were very understanding and accommodating.”

“I decided to spend the entire budget on the music video, forgoing my payment. I believe that certain sacrifices need to be made to make one’s content standout or to achieve high production value that probably would not occur unless something gave way. My goal is to entertain audiences and so this location would not only look amazing but would complement the story. The alternative was to find abandoned buildings, but it’s an overdone cliché in horror music videos.” 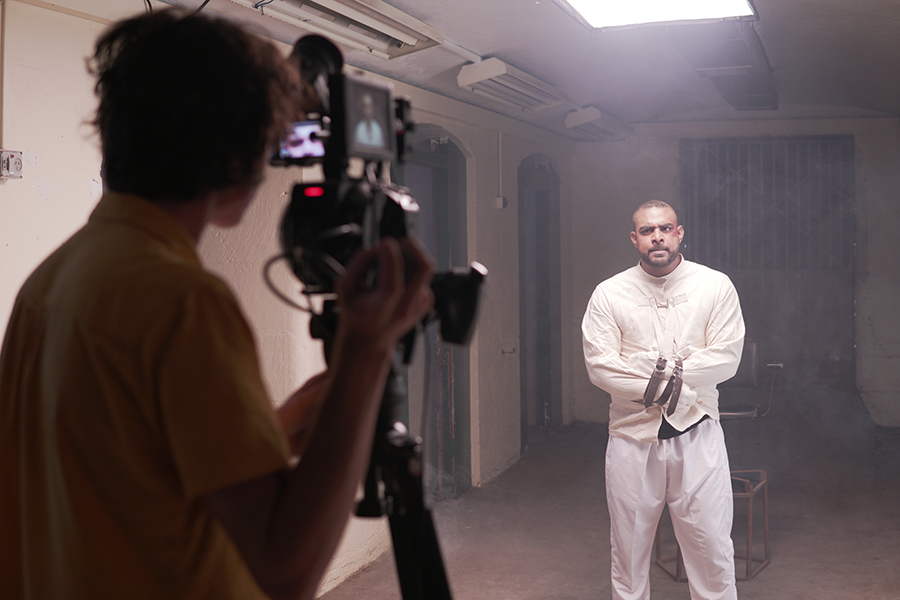 The second half of the video, dedicated to the ‘247′ section of the song, is more based around a classic early 2000s hip hop stylistic approach with the static camera and clean backdrop. However, Vikram expands on this theme by introducing some really interesting kaleidoscopic effects.

When asked about shooting with the intention of running the footage through these sorts of effects in post, Vikram replies: “I wanted to shoot a performance-based sequence but not have it come across as dull or boring. I knew that with a clean background I can apply as many effects as required. The kaleidoscope effect was something I really wanted to experiment with and I hope that I was able to pull it off to some extent!” 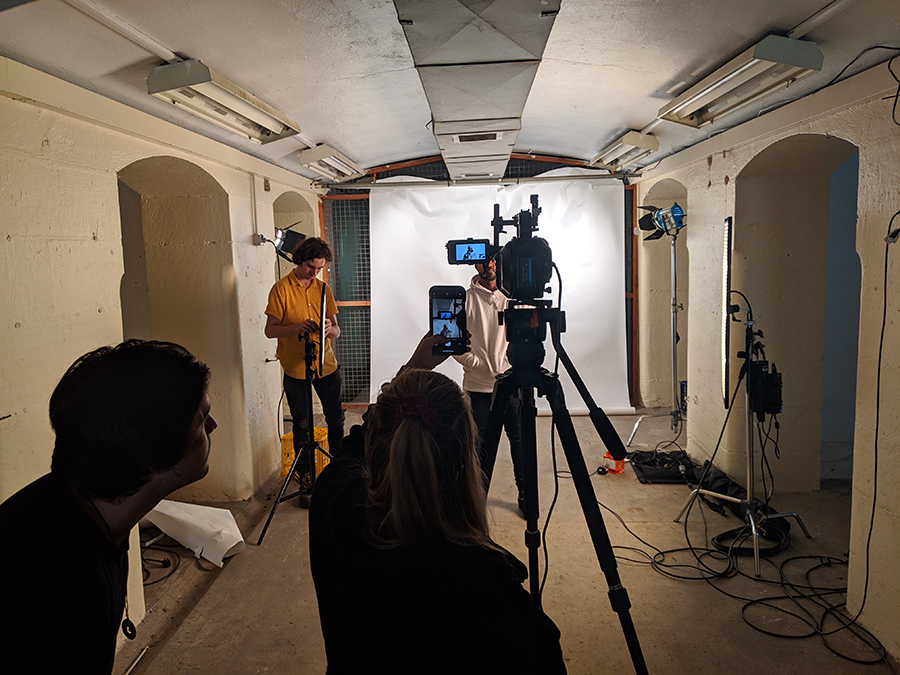 “You might not notice, but the second half was also shot within the gaol. I bought a white infinity roll on Gumtree and on the day, Liam clamped it to several railings within the gaol. We shot it with the understanding that the edges can be fixed in post-production, and can easily be cheated with effects and some keying. The black sections in the second half were even harder to accomplish. We used a blackout sheet as the backdrop which was half the size of the Infinity roll. It’s amazing what you can do in post.”

There is real skill in the way Vikram Singh Grewal has been able to achieve these two very different aesthetics within the one video. When asked about the execution of such a brief, he attributed the success in part to creative thinking, but more importantly to the hard work of his crew: “We only used one camera and one location for both aesthetics, which is why I love film. I work in Film and TV, and have been privileged enough to see how certain shots and scenes can be creatively manipulated to express specific storylines.” 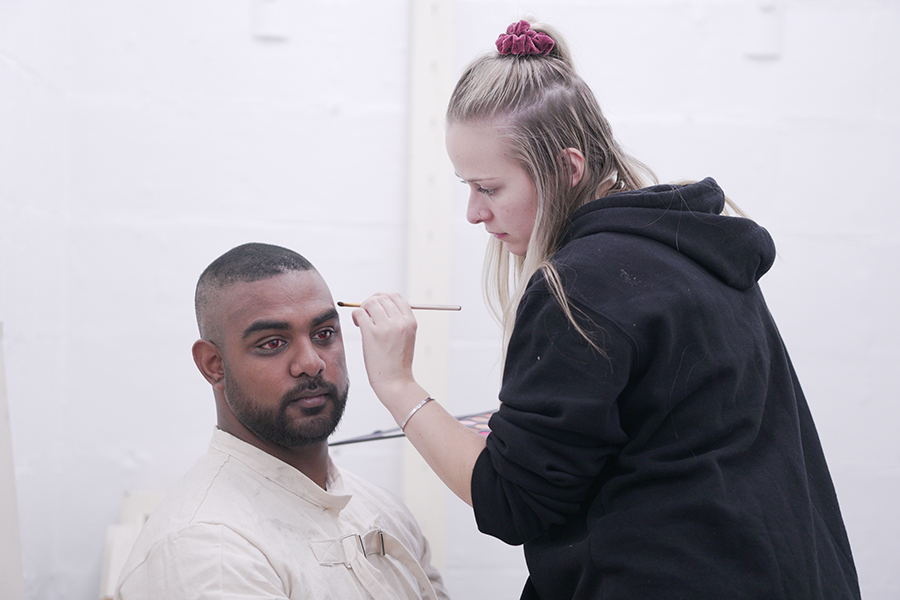 “All lighting credits go to Liam Patrick, the DOP. Without his work I wouldn’t have been able to achieve the aesthetics. Also, Deniz Celik who arrived in the morning to help with setting up the performance shots inside the cell. One of the biggest aspects that sometimes gets overlooked is the makeup and costuming for music videos. ZERO’s girlfriend, Bec Louise was amazing on the day, I believe it was her first time doing something like this for a Music Video and without her taking on two different departments we wouldn’t have achieved the aesthetics of the video.”

“It’s astounding what you can achieve when you can stretch a dollar and compromise monetary gain for the creation of content.”