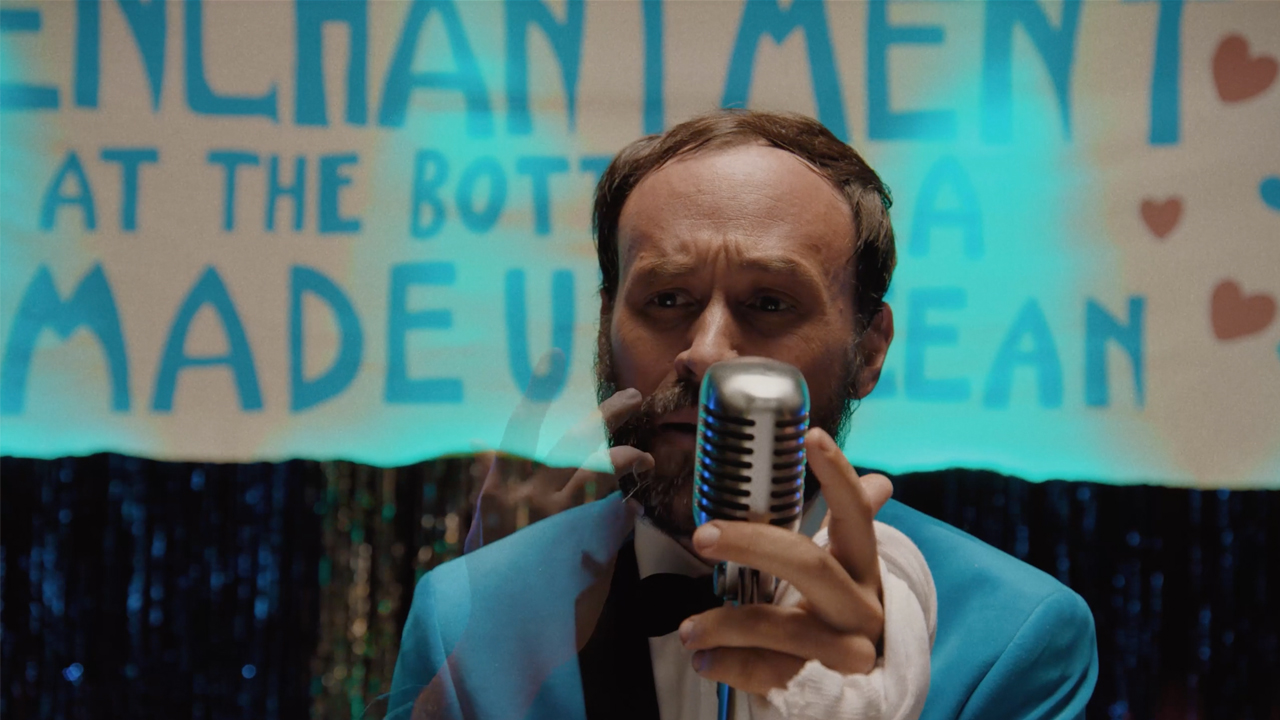 Nearing twenty years in the game and with eight studio albums under their belts, Philadelphia art rockers mewithoutYou’s ever-bountiful well of creativity is still far from dry. Their latest visual trip to the reservoir, Julia (or, ‘Holy to the LORD’ on the Bells of Horses), sees a dark twist on the adventures of Marty McFly in a coming together of Back To The Future and 1984.

Director Michael Parks Randa said the concept came about when the band’s manager laid the track over footage from Back To The Future and found it fit eerily well. “I Immediately fell hard for the concept and really fought for it.” Never ones to do anything by halves, mewithoutYou vocalist Aaron Weiss sat down with Randa and they explored ways they could marry Back To The Future’s ‘Enchantment Under The Sea Dance’ with the Orwellian themes present in Weiss’s lyrics for the song. “I scripted it out and from there just ran with it, straight off the deep end.” said Randa. 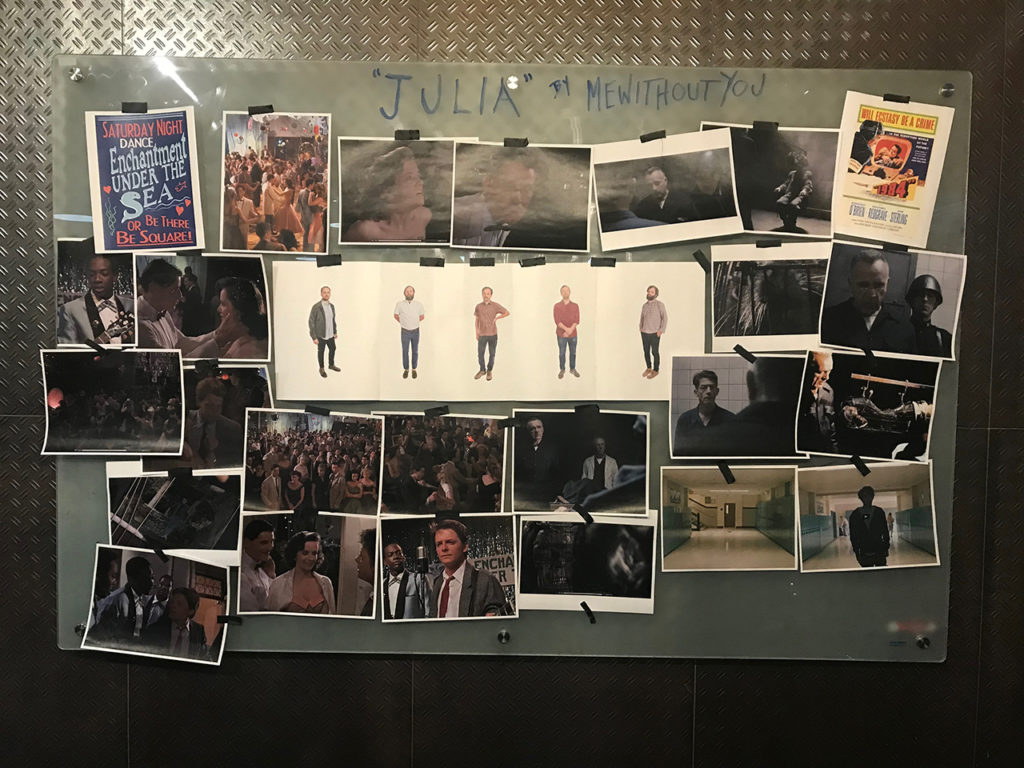 The execution of the concept is flawless. The attention to detail paid by Randa and his crew when it comes to emulating every aspect of the original source material is astounding. When asked about the grueling process of the recreation, Randa replied, “Grueling is an understatement.” He continued, “It was really a race against time from the beginning of the two day shoot… We committed to a shot-for-shot homage for a lot of the call backs to the “Enchantment Under The Sea” dance, which was a tremendous undertaking to get the lighting, eye-lines, framing and choreography correct. It was a lot. My 1AD puked.”

He also wished to make particular acknowledgement of the work of his Production Designer, Laurel Sager. “She kicked off into the deep end with me in order to properly resurrect that iconic set and do justice to it. She moved in with me leading up to the shoot and turned my apartment into her art studio i.e. destroyed it. I am very thankful for her dedication.”

Randa spoke fondly of the relationship he had with mewithoutYou and the joy he got from collaborating with such a creative and dedicated group of people. Of working with Weiss, “I can’t think of many other songwriters who can craft compelling, surrealist imagery quite the way that Aaron can. He’s a really gifted storyteller. My music videos have always had an emphasis on putting the storytelling first. I like to approach them as short films and enjoy the challenge of fitting a compelling narrative into the length of a song.” 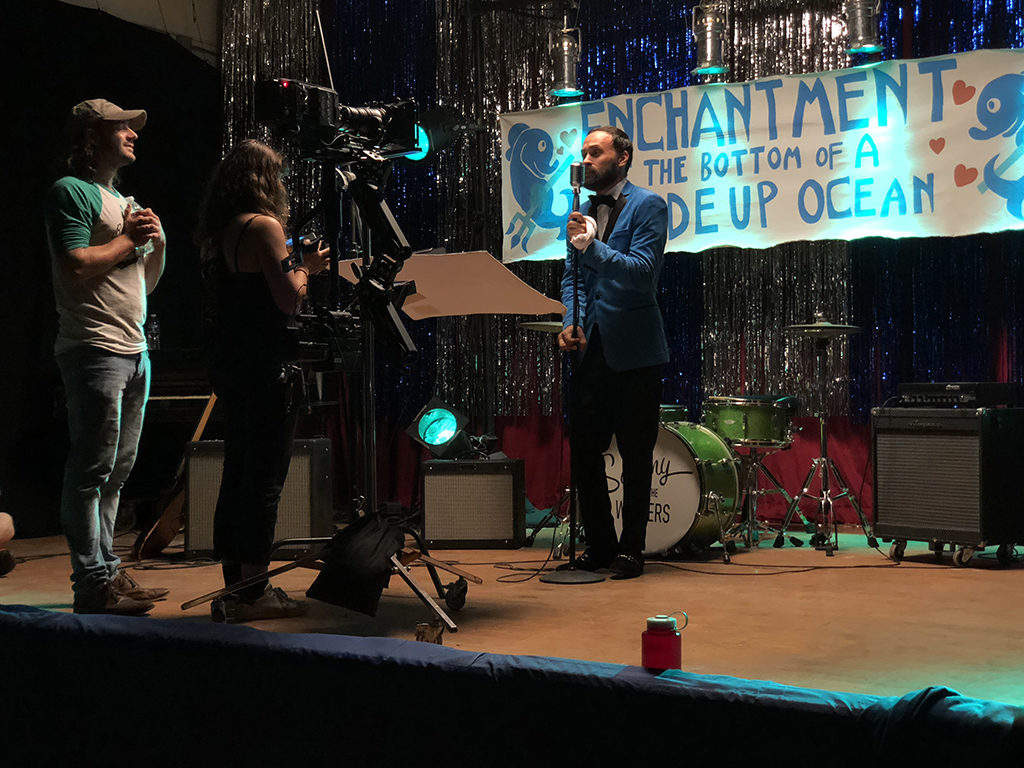 Perhaps the most intriguing moment of the video occurs at 3:49 when a pronounced stylistic shift occurs. The dry, worn out film look makes way for a rich, modern feel. Even the aspect ratio opens up, projecting the video out of the past and into the dangerous present. Randa said this move wasn’t planned, but came about when they felt something was missing in the first few edits. “This was a confusing feeling because the footage is stunning. I couldn’t be prouder of my director of photography, Alexa Carroll. We decided to experiment with a look that gave it a 1980’s quality. It felt like the right move for the story, but a tough pill to swallow, as it degraded the footage. We decided to stick with it, as I knew we would do right by the footage and bring it back to life at some point in the edit. It was just a matter of when.” Though subtle, this transition brings a resounding feeling of catharsis to the already powerful crescendo of the song.

From concept to execution, this is without a doubt one of the most original and essential music videos of 2018.

Here is the official video for “Julia”

Back To The FutureJuliamewithoutYouMichael Parks Randa