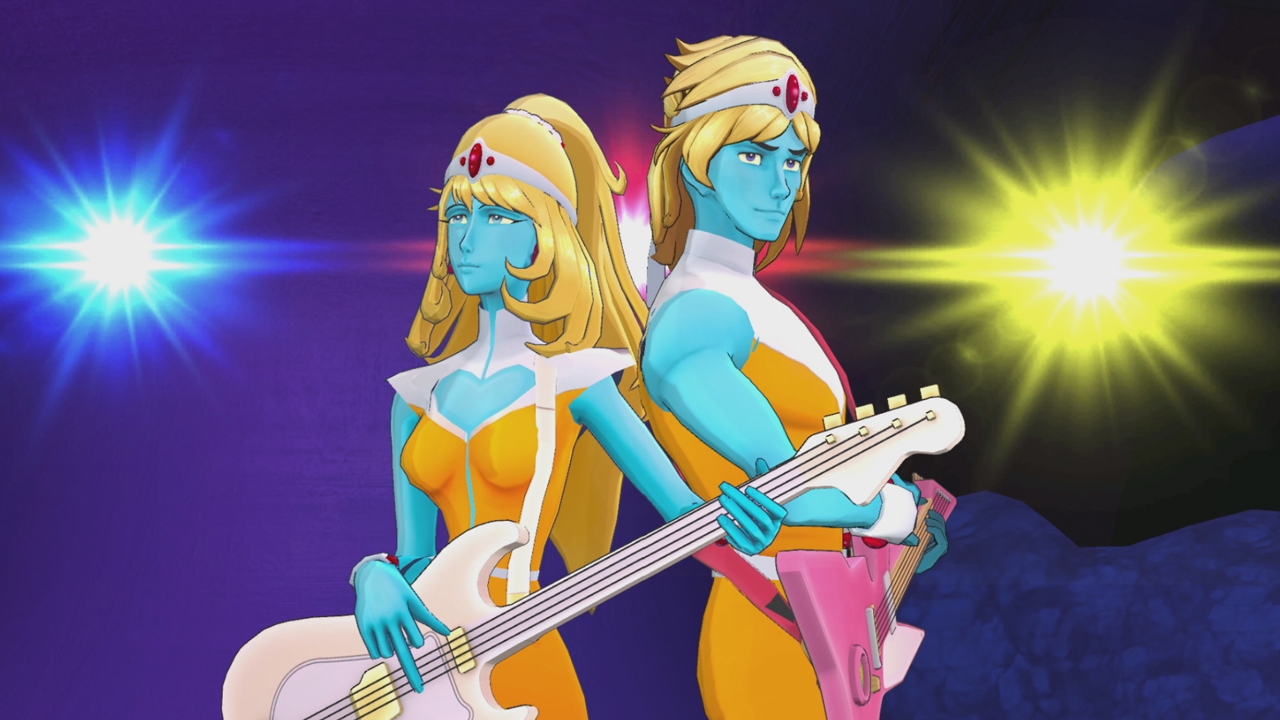 [dropcaps type=’normal’ font_size=’60’ color=’#ed145b’ background_color=” border_color=”]T[/dropcaps]here are few artists in the world with a creative reputation as rock solid as Daft Punk. The masked dance duo have released lauded album after lauded album, with music video accompaniments that have received just as much acclaim. From the adorably sympathetic dog faced man just trying to make a connection in ‘Da Funk’ to the beautifully choreographed and costumed ‘Around The World’. 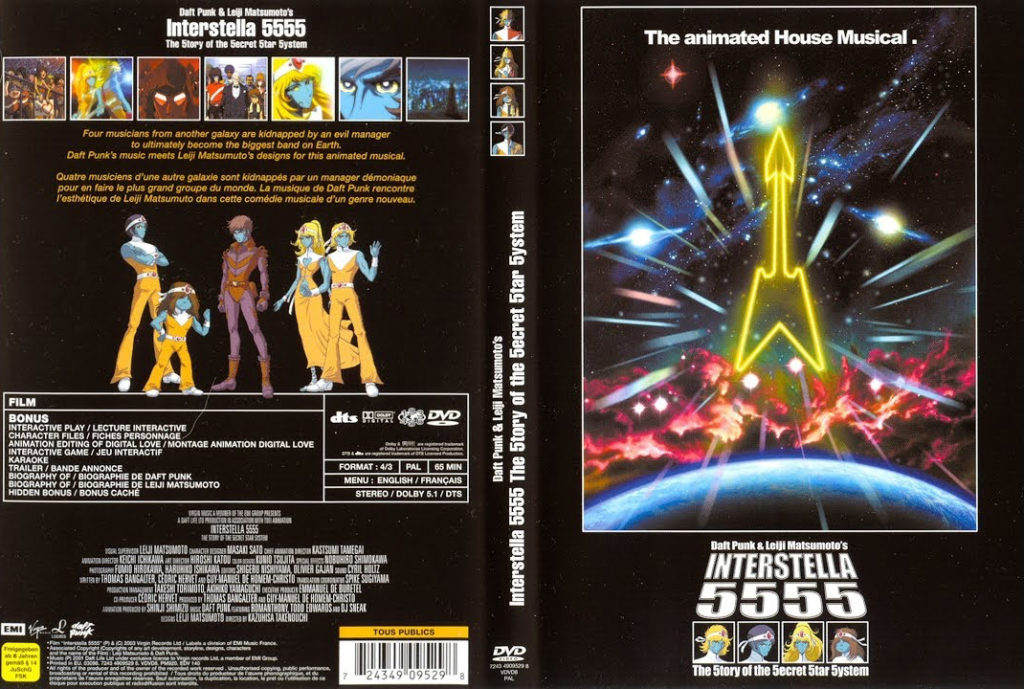 However it was the unforgettable video for November 2000 single ‘One More Time’ that arguably captured the most hearts and minds while creating a new army of Daft Punk fans. The upbeat and moving track’s video centred around a band of blue skinned aliens playing to a packed out space station amphitheatre of salivating and gyrating fans. The video served not only as an entertaining and engaging complement to the track, but also for many, an introduction to the world of Anime, later becoming a part of the Leiji Matsumoto joint, Interstella 5555: The 5tory of the 5ecret 5tar 5ystem. 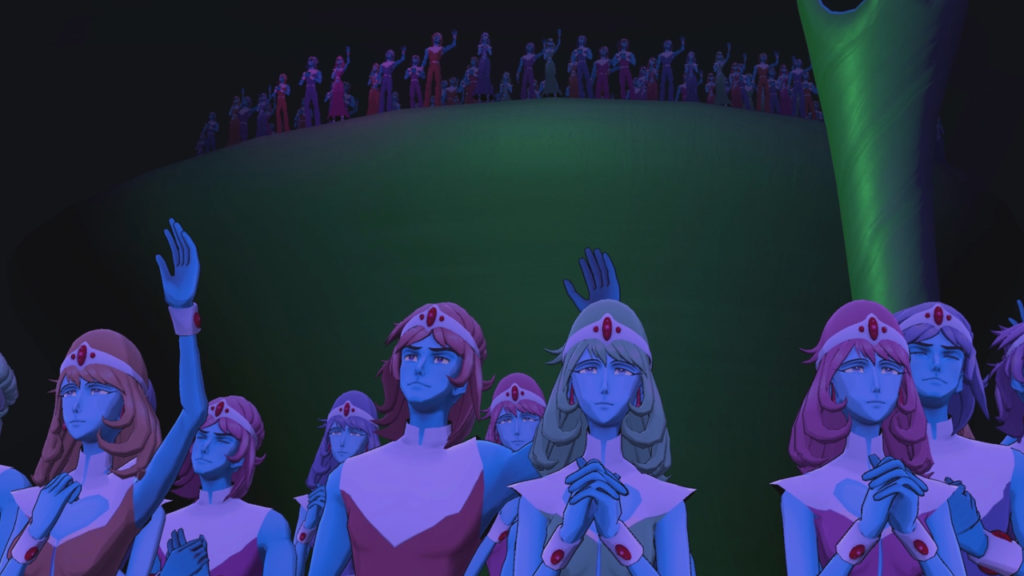 Interstella (Screenshot from inside the VR Experience)

And now, almost 20 years after the release of the song, ‘One More Time’ is receiving a new life in the form of ‘Interstella VR’, an interactive experience by Sydney virtual reality wizard Jake Donaldson. Specialising in music based VR, Donaldson has been a featured player at CLIPPED Music Video Festival over the years, with his debut VR experience for The Rubens called ‘Casper’ premiering at the event in 2018. In 2019 he had a hand in curation of VR for the festival to include ‘Chorus’ – a sublime VR Experience for Justice (French Electronic Duo). 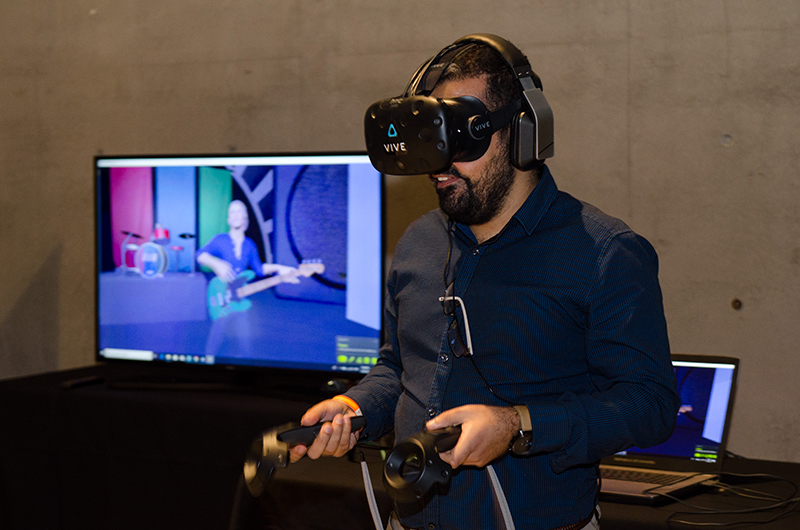 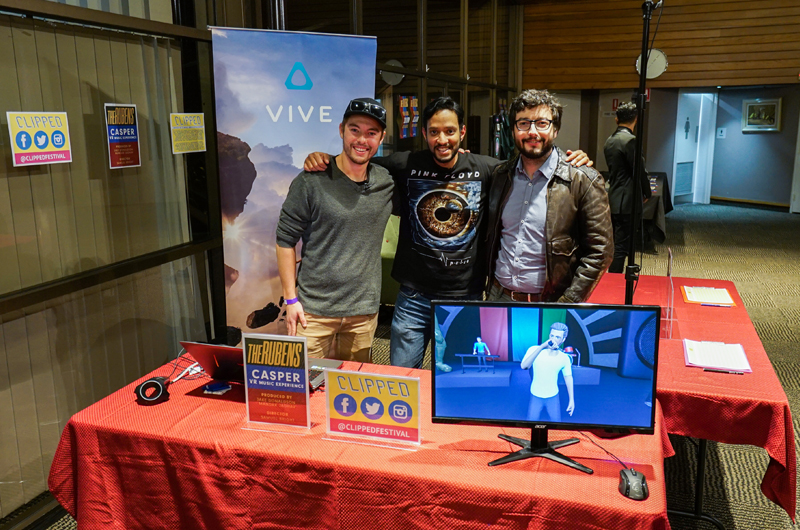 Donaldson describes ‘Interstella VR’ as ‘an example of how incredible and ‘out-of-this-world’ the live music events in VR could be in the future… allowing the user to jump into the music video to experience the concert as if they were really there.’ A talented group of collaborators came together to bring this project to life, including 3D character artist Megan Barnes, modeller Lucas Sabatka, animator Keira McMahon and rigger Jason Dobra.

‘Interstella VR’ can be downloaded and played now, it has been built to be experienced on HTC Vive but will also work on other Steam VR headsets like Occlus Rift and Windows Mixed Reality.