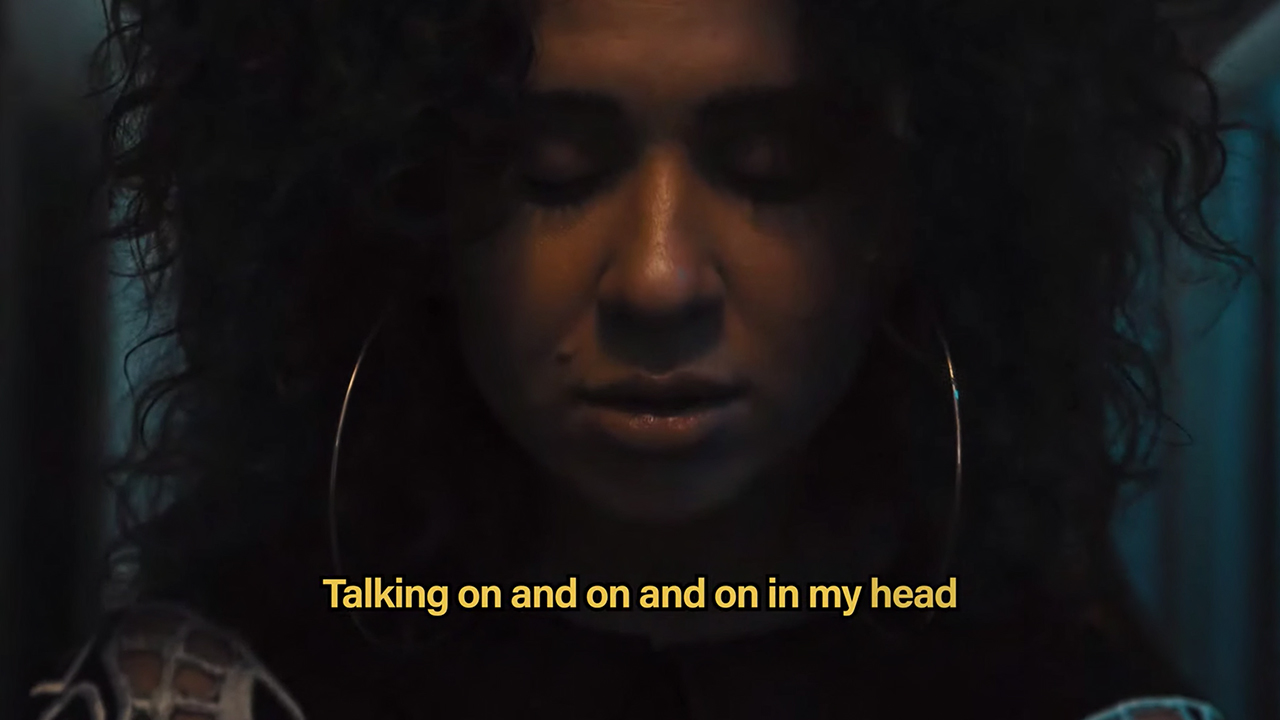 Performance anxiety is a demon that plagues so many. Even the most experienced and seasoned of performers are not immune to its shadow. Jerry Seinfeld and Chris Rock, arguably two of the most popular comedians and performers in the world, speak very openly of the pre-show nerves still kicking in this far into their careers. The point Alex Hosking and director Cooper Rees-Jones wanted to make however, was that performance anxiety doesn’t discriminate. It doesn’t necessarily matter how many people are in the audience. 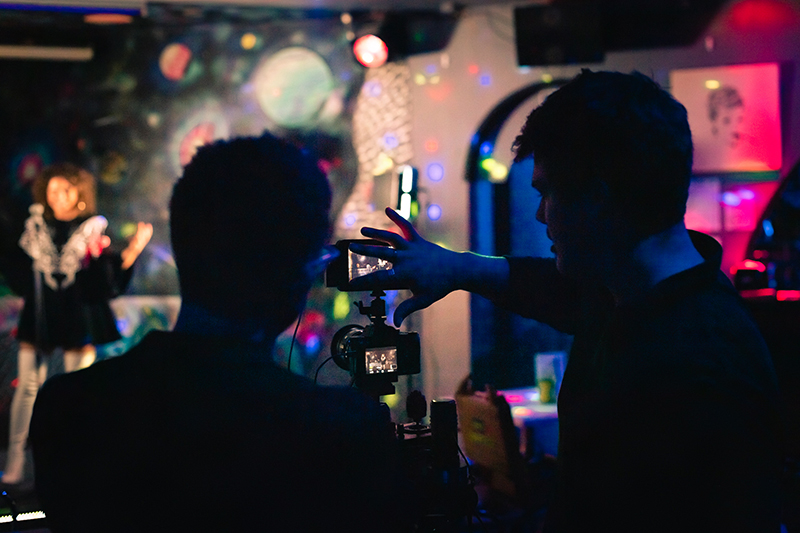 The inspiration for ‘Monsters’ came about for Hosking not moments before stepping out on stage to a packed stadium, but instead on the way to an intimate studio session: “I wrote this song two years ago, I was on my way to the studio in Santa Monica and in the backseat of an uber pool. I had just decided to travel over to America to pursue my dream of becoming a songwriter and it was so nerve-racking! I just started having all this self-doubt, it was one of my first sessions and I was really nervous. I decided if I just wrote down how I felt I would be more clear-minded for my session. When I walked into the room, Nick the producer started playing around with chords and the poem I had written in the car became the lyrics for our song and that’s how ‘Monsters’ came to be.” 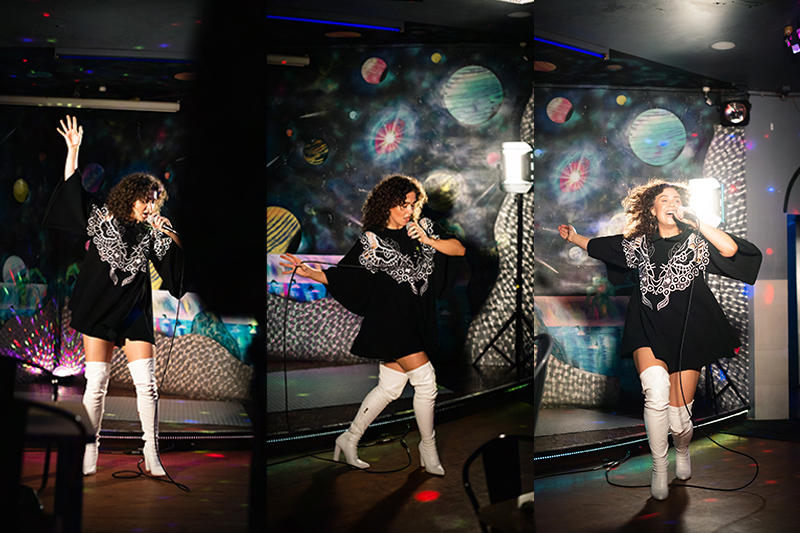 The video centres around Hosking as she presents as the very dichotomy of a person who is struggling against the monsters. When she is alone in the bathroom she is racked, nervous and anxious, however once she ascends the stage, she enters a state of carefree bliss. While everything around the performance is stress, the actual performance itself is therapy. Hosking explains: “The song is so personal and when I started mapping what I wanted the storyline to be for the video clip, I knew I wanted it to be karaoke for no other reason but that sounded like a cool idea… But as the storyline developed, we created a little story in the anxiety of performing and being nervous but then absolutely loving it when finally up there which everyone can relate to when it comes to karaoke!”

Director Cooper Rees-Jones takes the video into the meta by presenting the lyrics Hosking is singing as karaoke video subtitles across the bottom of the screen. This not only embellishes the karaoke theme but also gives the viewer a deeper connection to the subject matter. Rees-Jones elaborates: “I wanted the ability to blend three essences freely. Using the Karaoke subtitles helped depict the fact we were infact in a ‘dingy karaoke bar’ and catered to the theme. It also let me express both an emotional serious message using the lyrics in particular places as well as it being tied in with the humours side of things through Alex’s eccentric antics throughout the clip.” 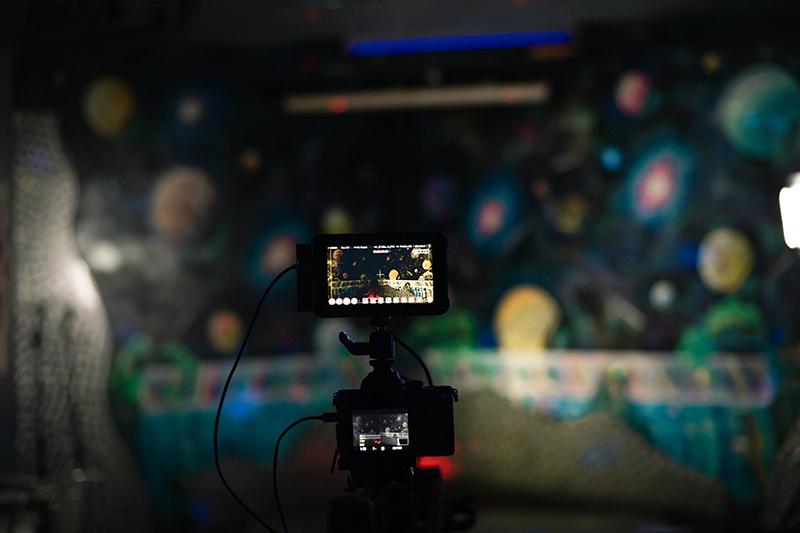 Rees-Jones often employs a tight hand-held camera feel in the video, once again giving the audience that personal relatability to Hosking, but also giving the video this very slight on-edge or off-kilter vibe. It gives the impression that at times Hosking is just hanging on. Like the blissful catharsis of performing, while therapeutic, is less permanent healing and more paint over the cracks. When asked about this approach, Rees-Jones replies: “We wanted to depict three emotions that essentially tie each other off throughout here; We use both cinematically pleasing imagery paired with ‘Rookie’ handheld to insinuate that feeling of being both ‘in control’, ‘on the verge’ and ‘just having a laugh at one’s self’.”

The choice to set this story in a small karaoke bar with Alex Hosking performing to a very light smattering of audience rather than in a stadium of 40 000 people makes for a really interesting rumination on the nature of performance anxiety. As Rees-Jones explains: “Performance anxiety doesn’t have to be just in front of thousands of people, it can be nerve-racking to have to sing in front of just one person. Anxiety doesn’t decide when is the appropriate time to “strike” and performing to thousands of fans isn’t a relatable story to everyone, but karaoke is, everyone knows that feeling!” 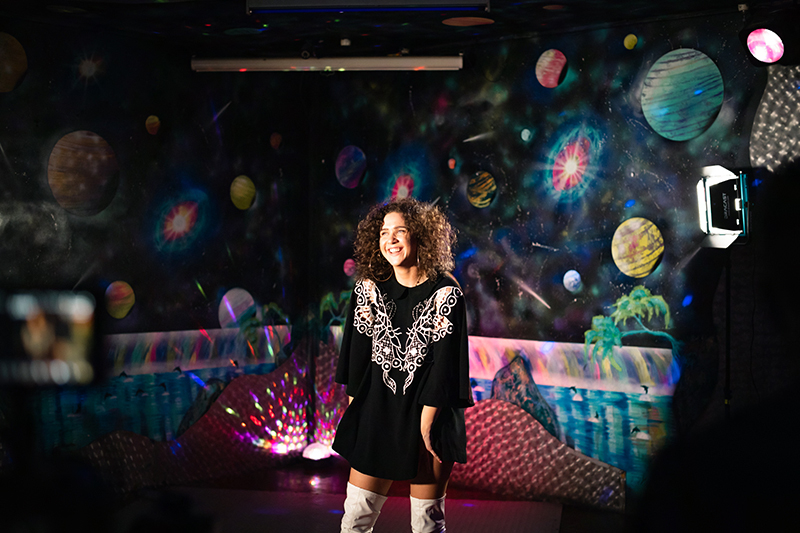 ‘Monsters’, both in song and video, makes for a very personal and conclusive take on the experience of performance anxiety and really just social anxiety in general. That incidence of feeling like you’re coasting, or even being pulled through by some other force or instinct, but forever aware of what sits just below the surface. For such a real and serious issue that so many deal with, it’s both refreshing and inspiring to see it handled here so delicately by Cooper Rees-Jones and so honestly by Alex Hosking.

Here is the official video for “Monsters”