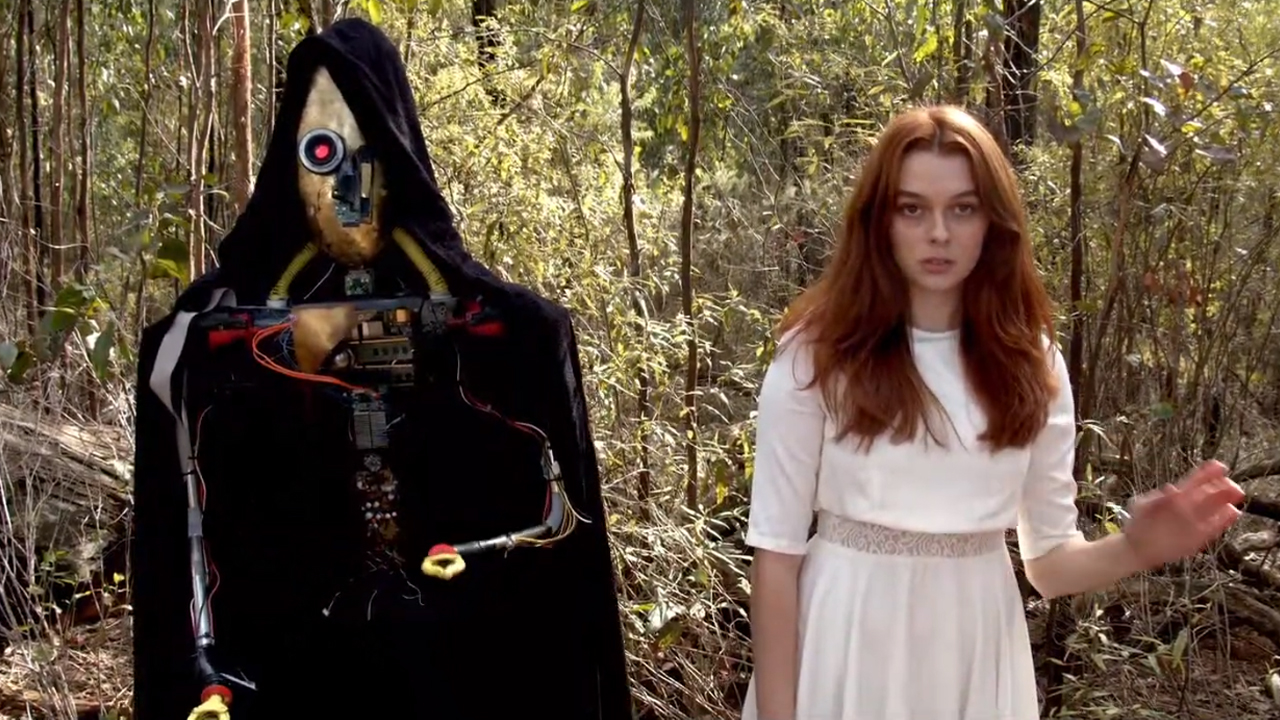 [dropcaps type=’normal’ font_size=’60’ color=’#ed145b’ background_color=” border_color=”]M[/dropcaps]elbourne dream-pop artist Dinosaur Beard (aka Adam Finnegan) returns to our ears with such wonderful comfort in new track ‘Alametru’, a rumination on nature and connection that sits so perfectly amidst his laid-back spacey tones. As Finnegan explains: “I wanted to explore the current disconnection we have with nature and the pace in which society and technology are evolving, and where we’re heading as a result. I was ruminating on those thoughts whilst also reading and watching a lot of stuff about climate change in shear disbelief about how we are so blindly going about destroying that very thing that is so integral to our state of well-being.” 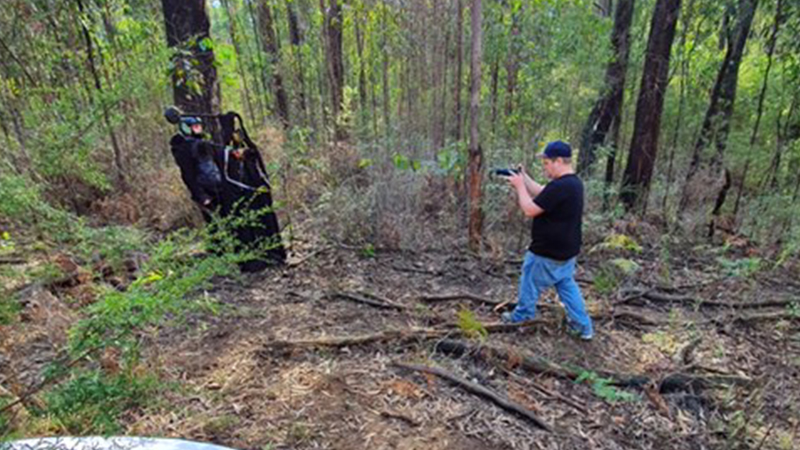 When director Spike McKenzie first heard the track and the meaning within, he was immediately inspired: “I wanted to try and express that sentiment in a way that was broadly open to interpretation. My self and Adam brainstormed different ideas and finally came up with the idea of the character ‘Alametru’ who was another aspect of the girl’s consciousness in a dreamlike state. We tried to capture what it would be like for the character waking up in a world where technology and nature have finally made the evolutionary overlap… I really wanted to try and express the message of the song in a visual sense. I wanted to try and capture the beauty that nature can offer while juxtaposing it with the stark aesthetic of technology.”

The video follows a woman who wakes up in a forest and begins to follow a red string that is attached to her stomach as it leads her deeper into the natural world. Along the way she has some surreal encounters, including with a tree that is hiding its own motherboard behind its bark, a small plastic tube fish that is both curious and cautious, and finally a ramshackle robot with whom she shares a powerful and peculiar moment. The woman is enamoured with the natural world she finds herself in, though trepidatious when enduring these encounters.

These strange and surreal characters really add to the intrigue and charm of this video, and had us wondering about the actual practicalities of such things, especially on such a limited budget. The fish creature moves in such a peculiar yet naturally animated way, despite being made of completely inanimate objects, as McKenzie describes: “It was made of old curtain rings and recycled plastic, with leaves attached at its mouth. A hybrid creature of old junk and nature.”

Which leads to the motherboard embedded in the bark of the tree, shot so cleverly from different angles to complete the illusion. McKenzie explains: “We were lucky enough to get a guy who’s an engineer for the Australian military to build a custom chipboard that was electronically controlled through his phone. We shot the close-up scene of the chipboard at a different location, covering it with bark and managing to get a great effect when coupled with Madelyn’s scene in Mason Falls.”

And finally, the gangly robot, looking like a junkyard C3PO that began as a sentient piece of old machinery that built itself out of scraps. The robot moves freely, extending its spindly arms, grabbing and twirling its claws. It’s a wonderful piece of puppetry mixed with gadgetry. “Almost all of it was practical effects. We had a puppeteer that controlled it from an attached suit. She controlled the arms with her arms and then the head was attached to a helmet that mimicked her movements.”

It’s a beautiful and engaging clip and one can only marvel at the amount of work that has gone into this production, especially given the budget the video was created on. It is truly a testament to a group working together to create something, knowing each other’s strengths and building upon them as a unit. 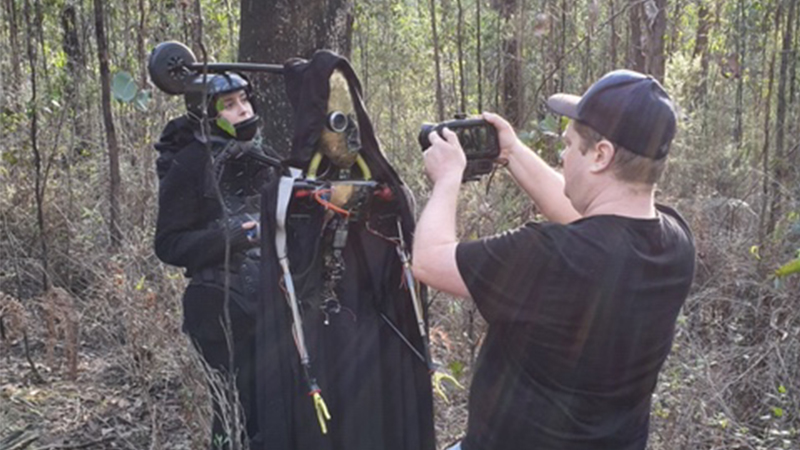 This was a sentiment that Dinosaur Beard himself echoed: “First time I watched it I was blown away at how much effort Spike put into editing it and also how Madelyn’s performance was outstanding. It was far beyond what I expected and I feel Spike really captured the message behind the song visually.”

“We put so much into filming it and making it a purely DIY project and finding the right people to make our vision become reality. From an engineer we found from the Australian military to make the electronic props for us, to Spike’s brother who made us the puppets out of old computer parts discarded from a school he works at in Fitzroy. Seeing the end result was very satisfying knowing how much time and effort was put into it.”

Here is the official video for “Alametru”