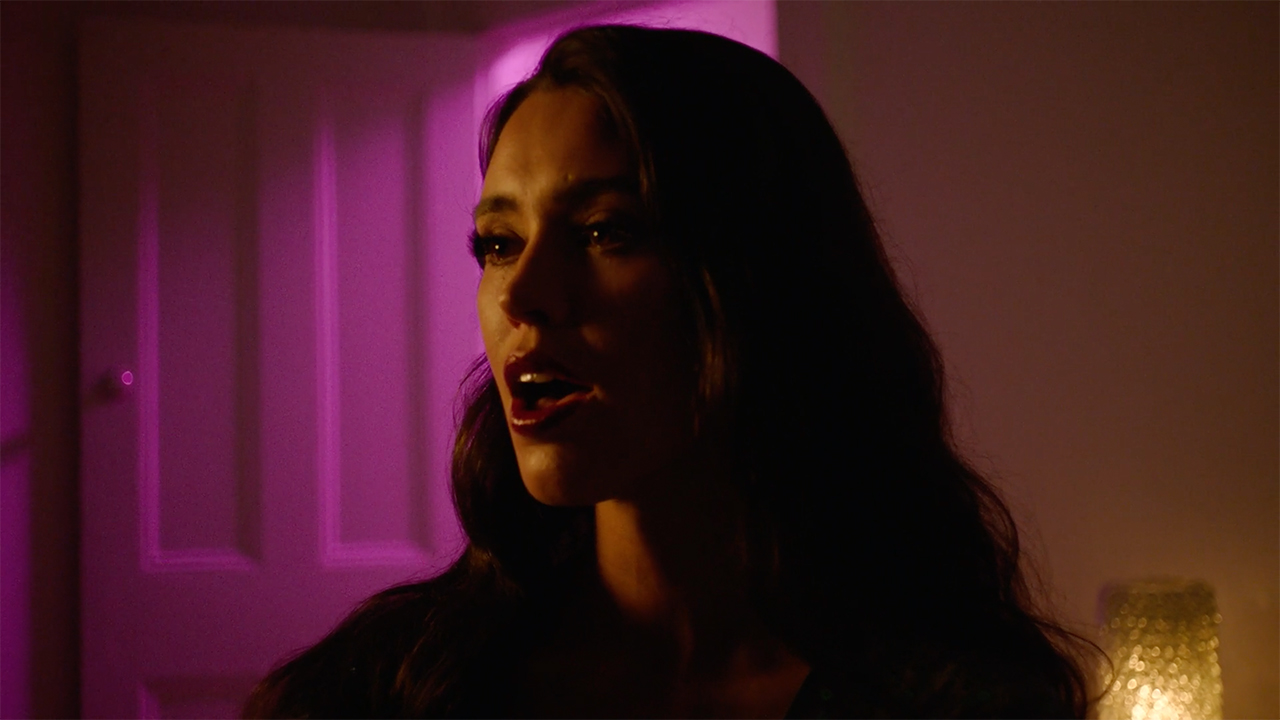 [dropcaps type=’normal’ font_size=’60’ color=’#ed145b’ background_color=” border_color=”]T[/dropcaps]here is a wonderful irony somewhere in Melbourne singer/songwriter Bee Virginia releasing her first single since moving away from her previous moniker of Lover, and said single being the sexiest thing she’s ever put to record. While still having something distinctly Lover about it, ‘Won’t You’ stands as a significant mark in the transition; as something stripped back yet full, more R&B than electronic, pulsing with soul. For Virginia, the decision to drop the name Lover was something that came naturally: “After years of being Lover (and everything else) I realised that Bee is Lover and Lover is Bee. So I decided to just bee.” 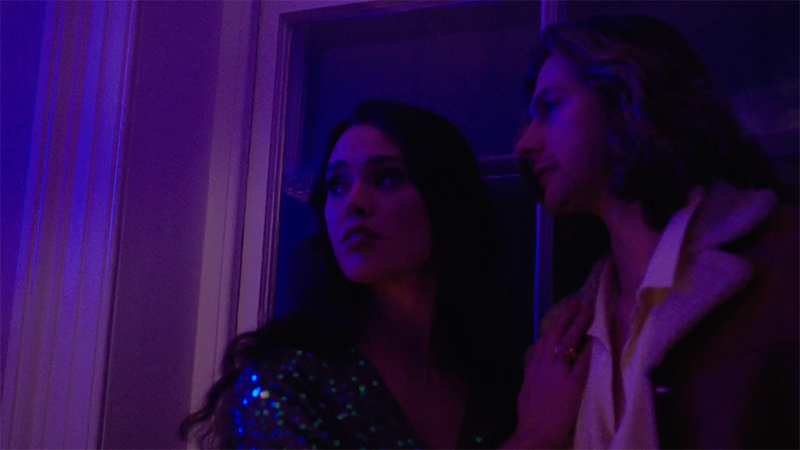 “’Won’t You’ is my official transition from Lover to Bee Virginia. There’s still electronic vibes in there (from the Lover days) but more soul to introduce the new Bee Virginia. I’m a hands-on, old fashioned, manual kinda gal – technology isn’t my forte. With Lover I never made the beats myself, I had a huge part in the production and structure but as an artist I found it quite restricting. I write all my songs on guitar and creating music has always been a way for me to express how I’m feeling and preserve those feelings in music.”

‘Won’t You’ is immediately alive with energy from the off. But when it’s bopping house party beat becomes the backdrop for Virginia’s vocals, the song takes on an undeniable intimacy. This is something director’s Benjamin Wright & Giovanna Gonzalez were intent on capturing in the song’s video: “Despite the song’s energetic beat, there’s a sense of yearning and longing in the lyrics and vocals that we wanted to make sure carried across to the video. We wanted to capture the real, intimate moments that often happen during a party as much as we did the frivolous moments, i.e. friends dancing, hooking up, strangers meeting, connections forming, etc.” 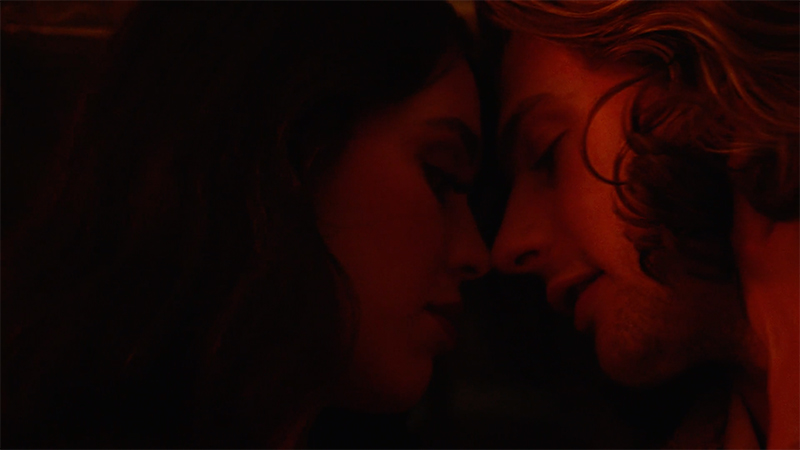 The video begins with Virginia receiving a text invite to a party on the promise that a mysterious “Jesse” is there. Virginia enters this pumping house party, drenched in mood-setting coloured light and meets up with a male friend. They share close moments and the viewer is lead to believe that Virginia has found her “Jesse”. However, as the video progresses and Virginia begins to attract the steaming attentions of a woman across the room, the real “Jesse” is revealed.

Wright & Gonzales recount: “We wanted to hint at the narrative that was at play without giving too much away. The look that Jesse (female love interest) and Bee exchange is quite powerful. We really focused on capturing the emotional intensity between them during their exchange, and kept the interactions between Bee and male Jesse quite superficial. He could be anyone. Once you witness the exchange between Bee and female Jesse, you know there’s something else going on but are perhaps not quite sure what. The video builds in the same way the song does. The end is a bit of a reveal, but one that makes sense for the song and Bee.” 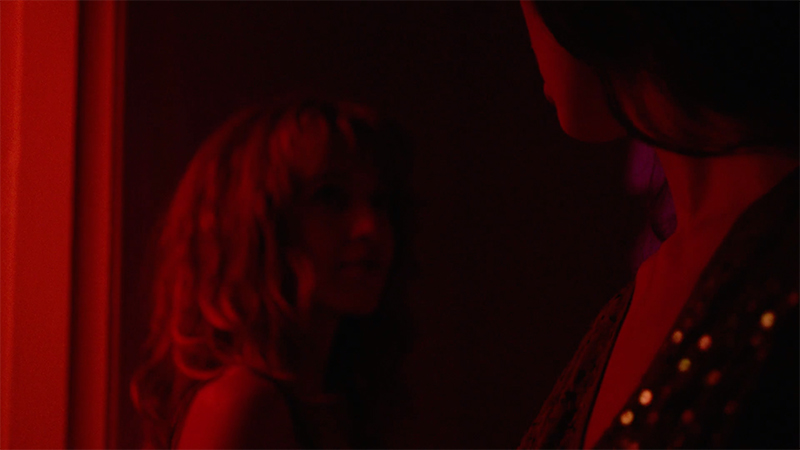 The exchange that the directors reference here is when Virginia and “Jesse” cross paths in a hallway, a moment which absolutely pulsates with tension and energy, wonderfully acted by both characters despite, as Virginia explains, this being a completely new experience for her: “It was fun! I’ve never acted in anything before and I’ve always wanted to try, so I thought why not dive into the song, see my lyrics as dialogue and emerge myself in this ambient, moody, anything could happen party setting that the directors had perfectly laid out for me.”

“Female Jessie was actually my girlfriend at the time. That made it a lot easier to convey such a strong connection, especially the intensity in the hallway scene. I was working solo for most of the night, going over scenes, and I remember missing her, and that moment in the hallway was probably one of the first times we got to hang out all night, so it was very real, and a beautiful moment haha… But let’s just tell the readers it was all in the acting *wink wink nudge nudge*” 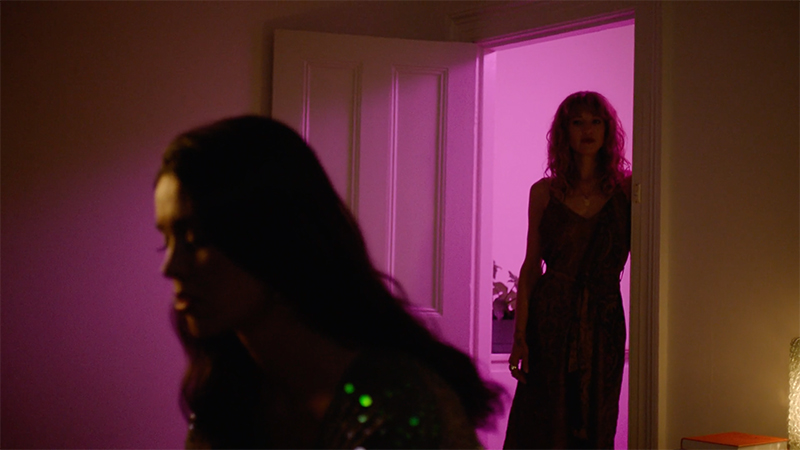 While the performances of the lead and her two counterparts are a massive part of why this video is so engaging, Virginia makes a great point in alluding to the party setting that the directors had perfectly laid out for her. There is so much energy and vibe in the room that somehow moves at both a fun bustle and a slow intensity. Wright and Gonzalez have done such an incredible job of capturing that relatable house party atmosphere and then injecting it full of drama through the use of intimate intense camera angles and colourful provocative lighting.

The directors pay personal tribute to some co-collaborators in their appraisal of the process: “It took a bit of trial and error. We had to work with daylight during some of the shots and were often shooting in tight or tricky spaces in the house. Luckily, we had an amazing lighting technician, Wilson X, and cinematographer, Joel Egan, who worked tirelessly to make sure we got what we needed. The house actually belonged to Bee’s cousin, Jarvis Barker. He’s an interior designer so we didn’t have to do too much to the house. It already had a good vibe so we did very minimal styling.” 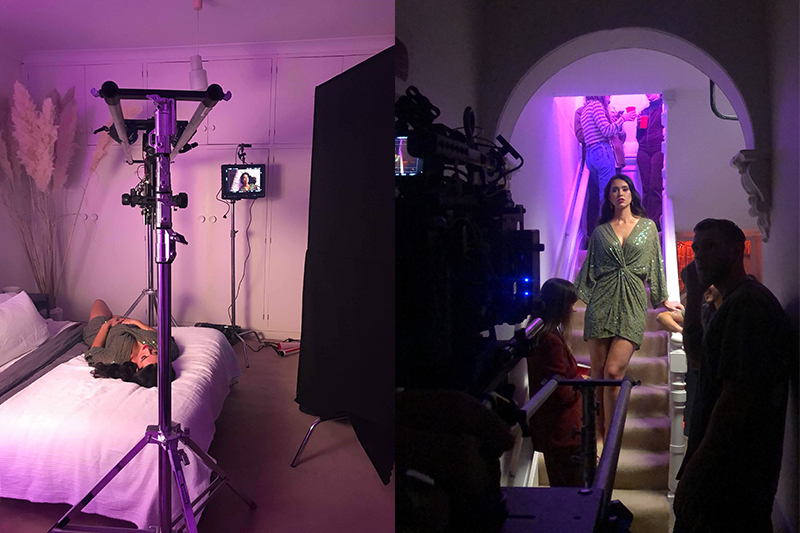 If ‘Won’t You’ is both a herald of the re-emergence of Bee Virginia and a sign of things to come on her forthcoming EP (to be released in 2020), to say it is promising would be a hell of an understatement. Virginia performs with the confidence and swagger of someone who has not only found their niche, but quite literally found themselves and their identity. As Bee Virginia herself puts it: “I feel I’ve finally found my sound, and I’m making the music I want to make. So no more brand, no more alias, just me, Bee.”

Here is the official video for ‘Won’t You’