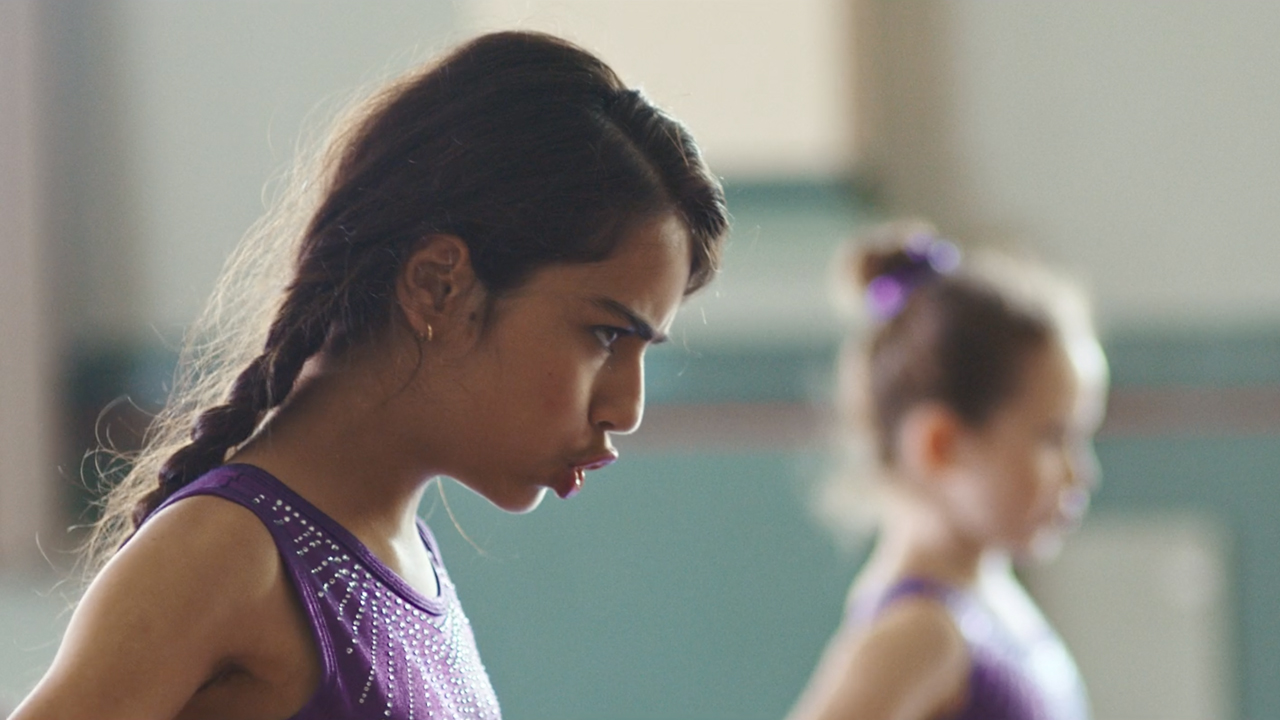 by Samuel Bright
0 comments
[dropcaps type=’normal’ font_size=’60’ color=’#ed145b’ background_color=” border_color=”]W[/dropcaps]hile juxtaposing an intense track with moody visuals is effective for particular music videos, it was essential that C. R. Robin’s track “Monska” was matched by ferociously riveting performances. This clip initially teases a familiar stereotype with what seems like ballerinas gracing a talent show, then literally ‘punches’ it to pieces. For director Isabella Andronos this concept was partly inspired after witnessing ‘a fierce choreographed kids kung fu routine at a festival’. This experience echoed distant yet familiar feminist values that were of equal importance to the artist, whom was adamant ‘these young performers be at the forefront.’

“I did Kung Fu as a child and found it to be very empowering. I wanted to explore the strength and power of a group of young girls, moving away from the stereotypical representation we see on screen. Young girls are often portrayed as cute, passive, and naive; I wanted to show them in a different light. As a child I found it difficult to find female heros on tv. Xena: Warrior Princess was an important role model; she was the only woman I saw on tv who was tougher and stronger than men. (Shout out to Lucy Lawless and Zoe Bell).” 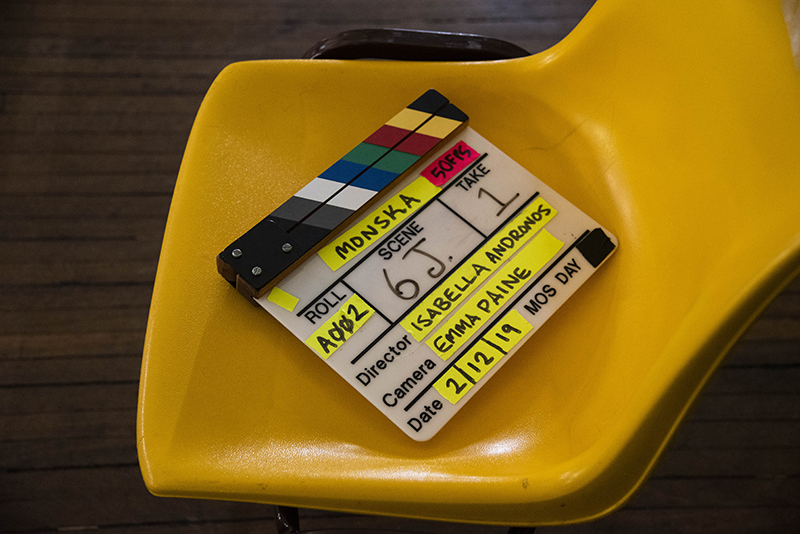 As the narrative starts to unfold, the decision to have the girls doing their own makeup establishes a sense of teamwork and ‘comradery’ between the troupe, whilst subtly hinting at rebellion ahead. When in actual fact behind the scenes it was a very different scenario. Since costume, hair and makeup were so integral to this specific scene it was essential to have an experienced team in place to fulfil the brief. Isabella elaborates…

“I wanted to reference the glitzy costumes and heavy make up of dance concerts and pageants. We were working with the amazing Amber Adams who led our hair and make up team. She has a background in fine art/painting and a keen eye for detail. She is also a lovely human. We were also very lucky to have Jade Diaz and Lindsay Chapman to help out on set; we had a huge amount of people to get ready with not a lot of time.” 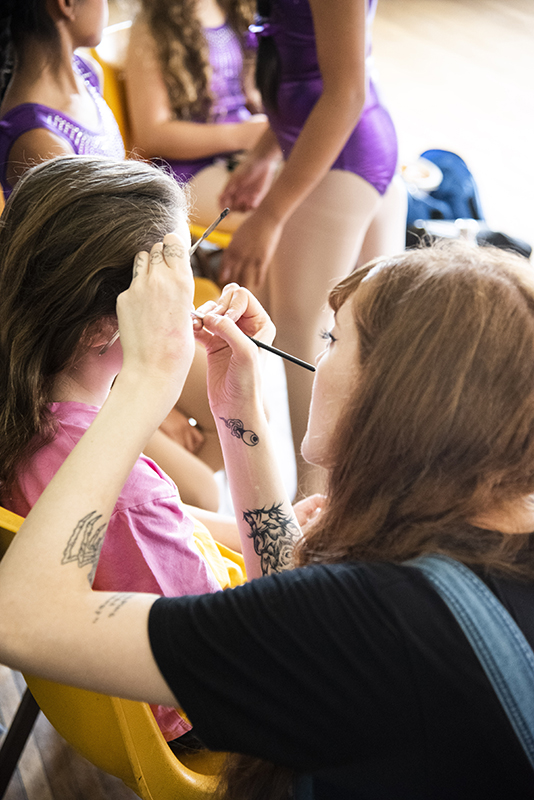 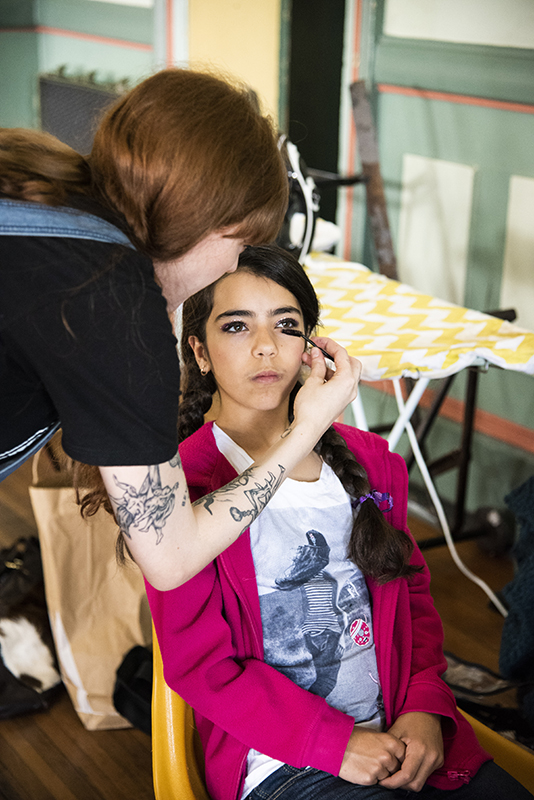 When the driving chorus finally kicks in and this wrathful energy is unleashed, it truly is wonderful to see this juxtaposition boisterously at play as the ballerina guise is gloriously deconstructed. Credit to the exceptional chemistry these characters portrayed on screen, you could be forgiven to assume they had come directly from a boxing or martial arts school, however this was not the case. Director Isabella Andronos shed light on the enormous pre-production casting process co-ordinated by producer Kate Shearer, that not only secured the judges, but which narrowed down an essential shortlist for the girls as well.

“We put out a call out for self tapes from female identifying children, asking them to show any martial arts moves, athletic tricks as well as ‘tough’ facial expressions. We had a huge number of responses but in the end landed on six athletes. Izzy showed us some great punches and kicks in a martial arts routine, Athena sent us some tough moves and backflips, Zahlee won us over with her great facial expressions and the power in her punches, Gezel sent in a very dramatic self choreographed routine where she threw off a tiara, Georgia wow-ed us with her fierce strikes and Chloe showed us her focus and dedication to the craft. We ended up with six girls with very diverse talents.” 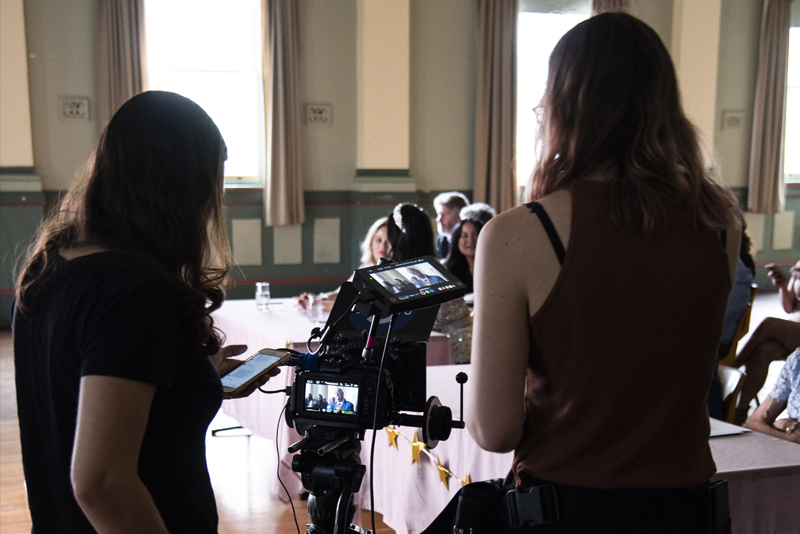 Where natural skill perhaps needed refinement and to the director’s delight, choreographer Cynthia Stevenson of Rico Group Fitness did a splendid job filling in the blanks. The girls were ‘taught a comprehensive shadow boxing routine with new skills in offence and self-defence, that could also benefit them in the real world’. Isabella even mentioned how “One of the most rewarding things to come out of the project was knowing that our girls left the set with some real shadow boxing moves under their belts.”

A big part of what sells this idea are the convincing facial expressions and it’s evident that ‘Isabella worked closely with the girls on an individual basis to build upon their own unique personalities’. However, creating the time for these rehearsals by managing a large cast on-set can be a handful in the best of times, let alone with many children in one location and very little time to shoot. Isabella hinted that co-ordinating everyone’s schedules was particularly challenging and then further highlighted key crew that made it all possible.

“Hattie Archibald was our first AD. It was a big shoot and Hattie kept us on track, leading first with her compassion and kindness. Naomi Fryer was our second AD, she did an amazing job organising the kids and keeping them to schedule. Fabia Andronos came on board as our Unit manager to help with food and snacks, she had to hide the cookies and chips from our ensemble of girls in the end.” 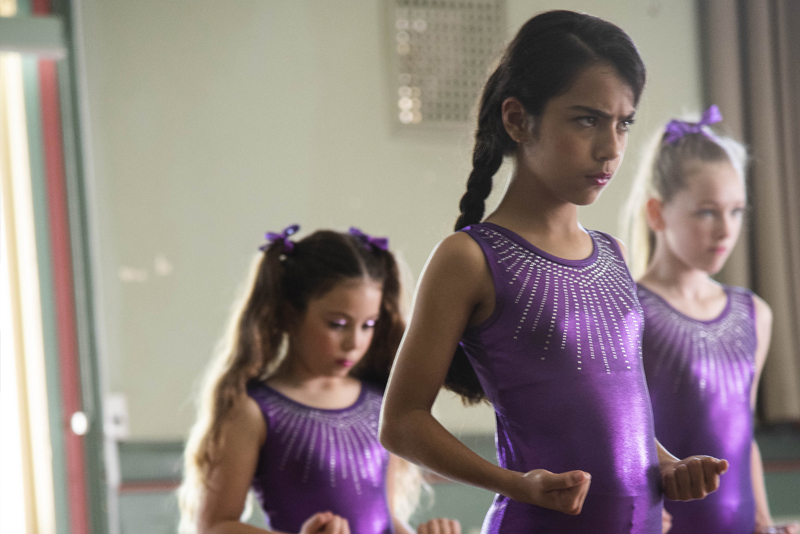 For all of the achievements this clip made through story, meaning and representation, it was further enhanced through a strong filmic aesthetic. This visual approach courtesy of talented DOP Emma Paine obviously followed on after careful planning into each shot, that ultimately began ‘from a mood board of images she shared with Isabella for inspiration’. Emma and her AC Carina Burke executed a mixture of purposeful shot styles with ease, including tilts, zooms, pull-focus and pans, resulting in a work akin to a short film with festival accolades. Without lights there is no image and this is where gaffer Luke Walker made a key contribution, with Isabella explaining how this played a symbolically important part in the momentous build towards the end of the narrative – although not originally planned.

“The idea with the pulsating purple glow was that it was representative of the girls’ power. We kept all the scenes with the purple light in slow motion, it gave us the opportunity to hone in on specific movements, as well as to help escalate the ending. In an original version of the story, the girls summoned immense power and made the lights in the building flicker and then shut down. We moved away from this in favour of a more subtle approach. We shot the purple lighting in camera, and our amazing colourist Yanni Kronenberg added the pulsating effect in post.” 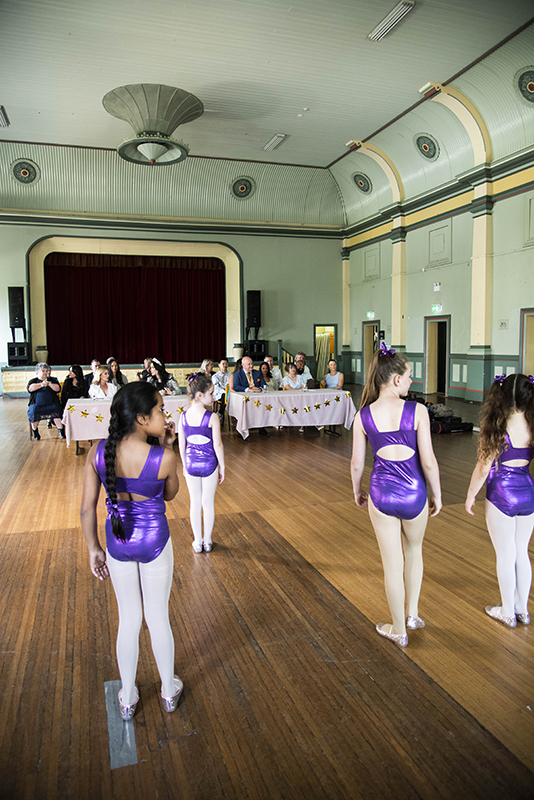 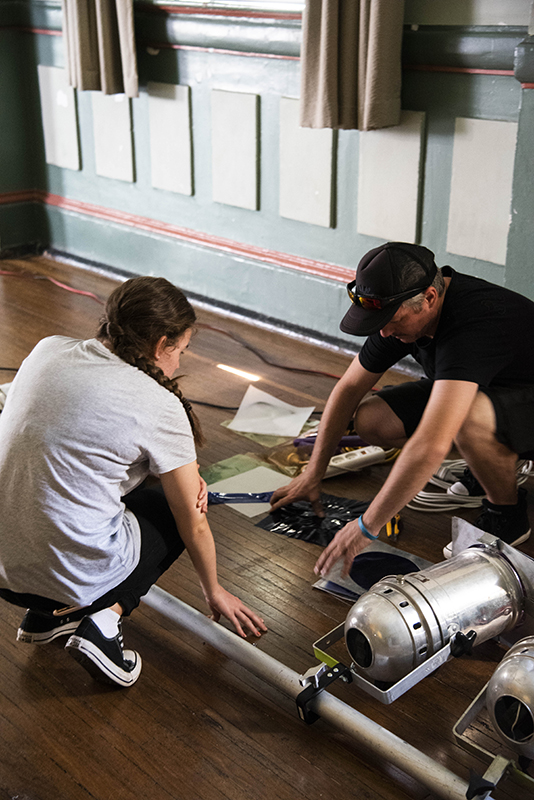 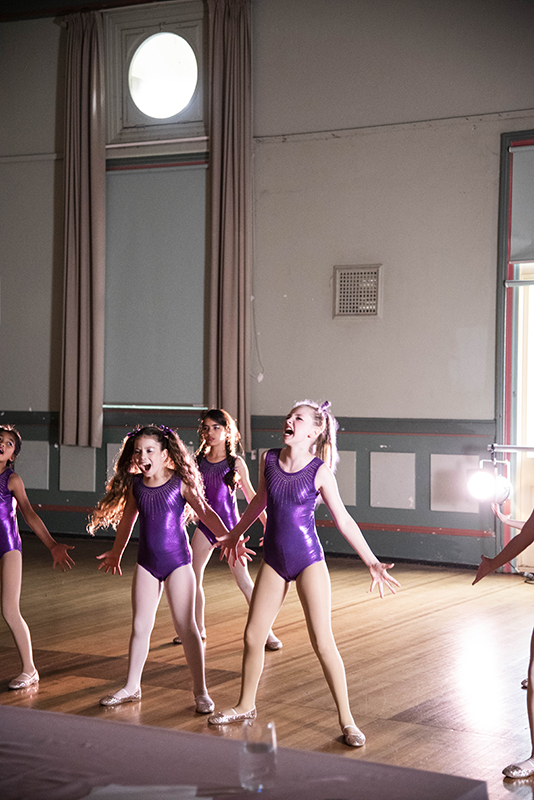 It is in the latter half of this high frame rate finale the finesse of editor Abi Portwin is on display with her rhythmic off-beat cuts. Towards the conclusion of this climax the judges, who represent traditional values, have their perceptions altered and award full scores. This is a fantastic ending to a music video that benefited from an amazing collaborative effort both on and off screen, in essence mirroring the creative process itself by truly celebrating the determination of the feminist spirit. It was no surprise to hear how crucial it was to ‘create a set with gender parity, diversity and inclusivity with 81% of the main cast and crew identified as female,’ no doubt paving the way for such an authentic work.

Here is the official video for ‘Monska’