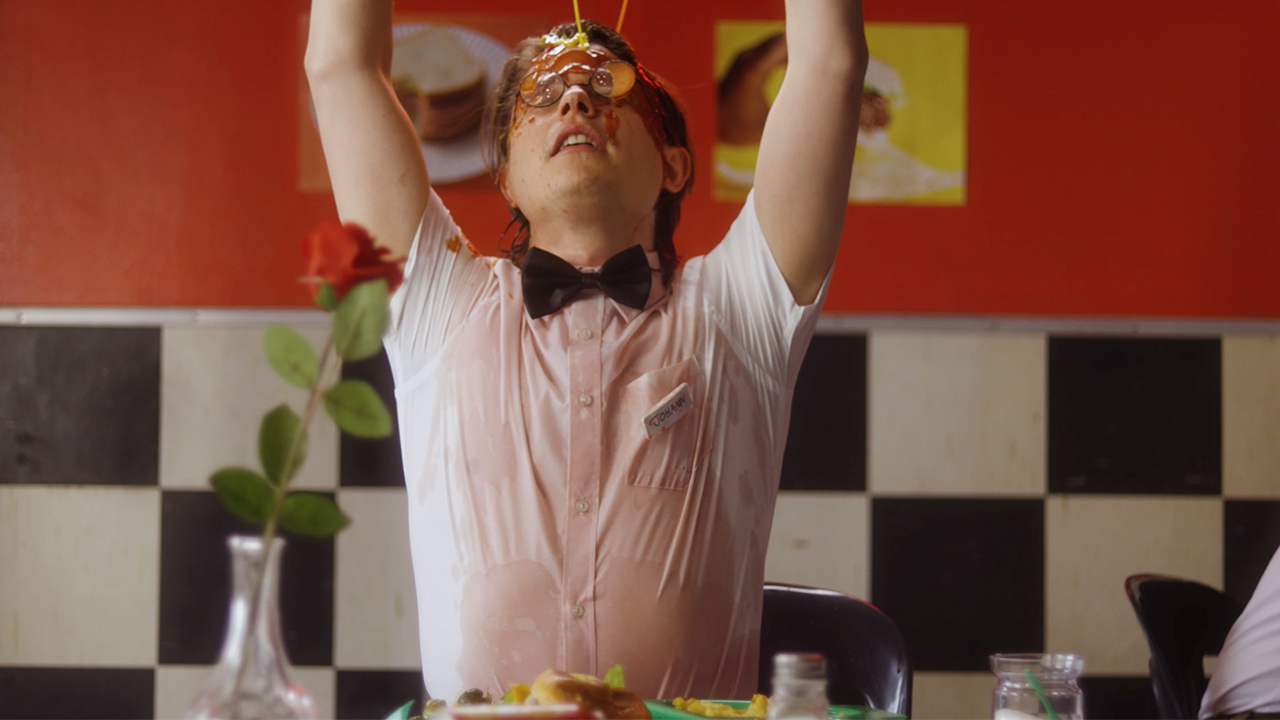 [dropcaps type=’normal’ font_size=’60’ color=’#ed145b’ background_color=” border_color=”]F[/dropcaps]or any woman who has ever felt reduced, ridiculed or made to feel self-conscious just for being an individual and enjoying a little silliness, Melbourne singer/songwriter Clio gives you “Silly Girls”.

“This is a song for anyone whose love of silliness and absurdity has ever been hijacked and used as a pretext to reduce, rein in and patronize.” Clio explains. “For all the ‘silly girls’ who have been made to feel trivial, given help they didn’t want and advice they didn’t need. I wrote it for myself and to encourage all those girls to embrace the joy and strength of their silliness and LAUGH at anybody who tries to change them.” 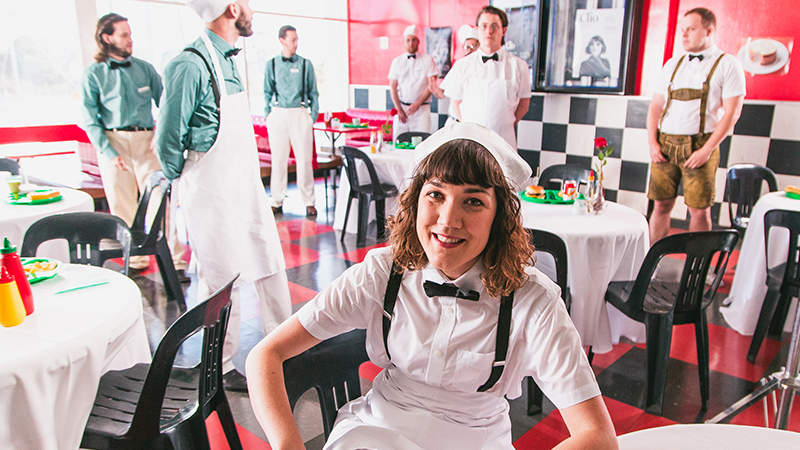 The accompanying video for Clio’s anthem to individuality and living your own truth sees Clio herself sitting down to lunch in a cafeteria only to be confronted by a rabble of hungry men devouring their lunches in the most graphic way possible. As a disgusted Clio and friend watch on, beans are smeared, hot dogs are fellated, sauce is sprayed and one man even imbibes in a milk shoey. This absolute mess-fest is heightened by the way the men are presented going to town on their meals not only in super slow motion, but also in reverse.

We here at CLIPPED were lucky enough to get a sneak preview of “Silly Girls” at our Premieres event at the Golden Age Cinema on May 21st. As Clio fielded questions from the live audience on the night, she told of how she felt the depiction of men in the role of the culinary clowns made an incredibly loud point about the disparity between men and women when it comes to what society considers acceptable behaviour. 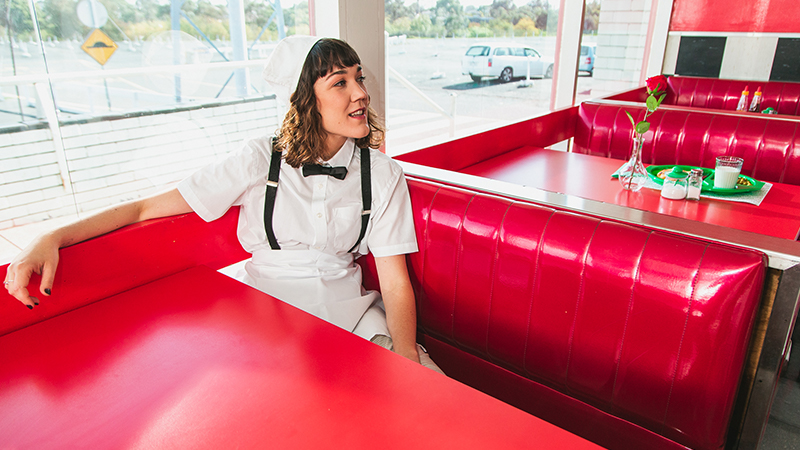 Though this certainly is the outcome, as director Bianca Milani explains, there was a level of fortuitousness to how this video came to be: “It was a beautiful mistake. Clio and I didn’t chat much before I pitched her this idea at our first meeting. I was only two sentences in and she was hooked on the concept. But I actually mis-read the song title and thought it was called ‘Silly Boys’. So, in my mind I was thinking about the weirdest and wackiest thing I could get a bunch of males to do.”

“I had seen a YouTube video about 8 years ago of someone reverse eating. I was simply in awe with it and I always wanted to make a music video around this concept. I just had to find the right person… When I heard the song, I never put two and two together until I sent out the final treatment boards after our meeting and Clio picked up on it. I think If I had noticed earlier that I had the song title was wrong, I probably wouldn’t have pitched the idea. Thankfully Clio and I were on the same page creatively from the beginning, and the concept just felt right.” 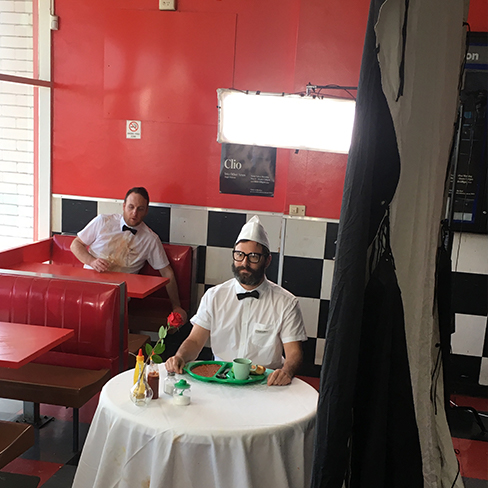 Shooting in slow motion can often present some technical or presentation issues, however, “Silly Girls” is delivered with such clarity, which was, according to Milani, masterfully crafted by DOP and editor Hamish MacGregor. We asked MacGregor about his approach, and he replies: “We shot on a Panasonic EVA1 which has a very crisp, sharp image. To soften it off a bit and give it a more filmic look we adapted the camera to shoot with Cooke Panchro Classic lenses. These have a beautiful smooth feel and are great on skin tones and highlights.”

There is one specific choice that really brings this clip together and that is to continuously cut back to Clio and her friend who are completely disgusted and confused as they watch this foodie freakshow unfold in front of them. As such, these two straight characters act as the audience’s conduit and amplifies the silliness of what’s happening by setting it against reality. 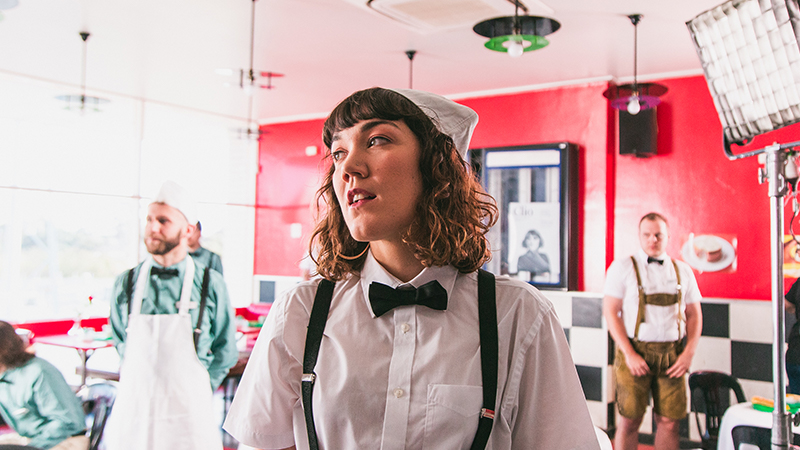 According to MacGregor, this is something that came together at the editing stage of the production: “We knew in the edit that we could have just let the clip play out in little portraits of the guys eating and this would be entertaining, but Bianca was keen to add an element of narrative. Cutting back to Clio and the other employee therefore became our through-line in the edit and added to the comedy.”

As with so many successful productions, there really does seem to be a strong organic quality to how everything came together here. The result of a functioning set where everyone is working with and for each other, vibing on a creative level. 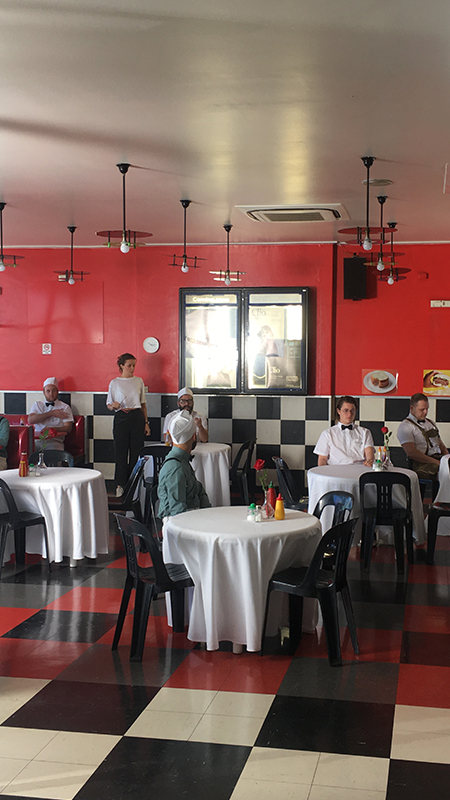 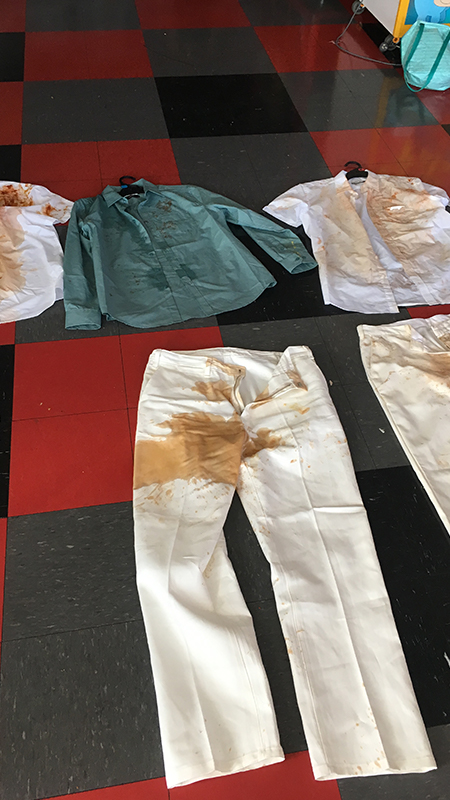 This is a sentiment Director Bianci Milani echoes: “This clip could have had 1000 different cuts. There was so much great footage. The narrative was always there from the beginning, but the story line really evolved in the editing suite (Virtual High Fives for Hamish!). The initial idea was meant to be more clean-cut than what was filmed over the day. We started off taking things slow with minimal mess, but we all had so much fun during the first take, that the guys just went full metal jacket on getting as messy as possible.” 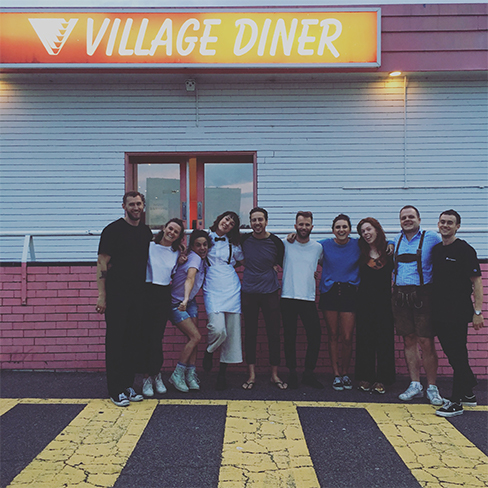 “Each male character only had one take (And then had to sit in their seats, dripping in food, until everyone had finished, for continuity… LEGENDS!), and they honestly came through with the goods. And the words upon everyone’s mouths were ‘Yep, I’ll do it. Anything for Clio!’. That was absolute magic knowing that everyone wanted to make this the best they could, even if they smelt of sour milk and cold baked beans for the rest of the day.”

Here is the official video for “Silly Girl”