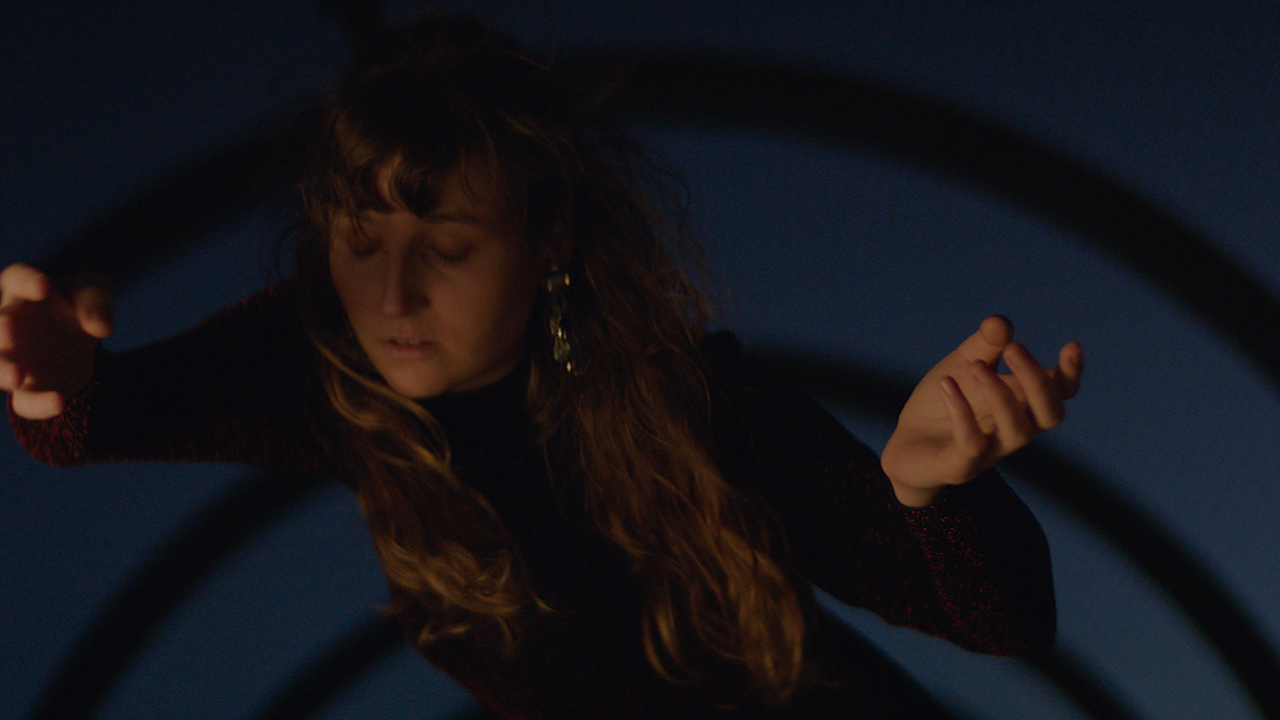 [dropcaps type=’normal’ font_size=’60’ color=’#ed145b’ background_color=” border_color=”]O[/dropcaps]lga Solar’s music has this wonderful wandering quality, like peacefully meandering through a lush garden, brushing your fingertips over leaves and vines and petals. ‘Tulips’ certainly embodies this feeling, while still dynamic and far from listless, there is an undeniable tranquillity and freedom to the song.

When director Alexandra Duggan and DOP Trudi Gultom began putting together an approach for the visual accompaniment for ‘Tulips’, they knew they had to find a way to bring out the deeper heart of the song, a tough task given the sing-a-long crowd favourite nature that sits atop the surface of the song. 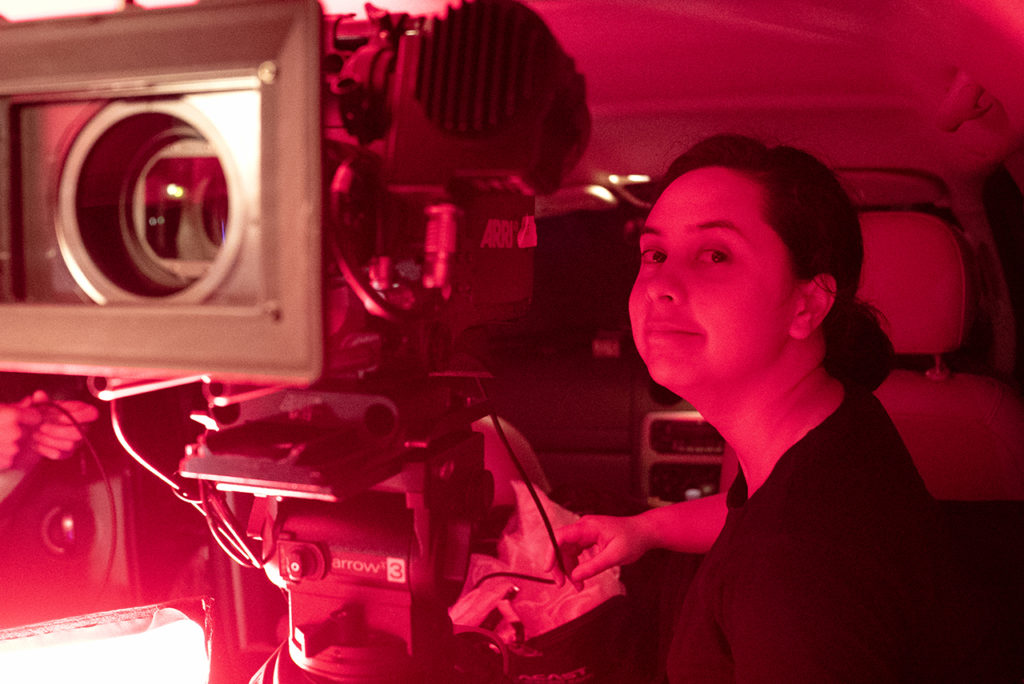 Luckily Duggan and Gultom had already collaborated with Solar and knew that the key to unlocking the true depth of ‘Tulips’ was in movement. As Duggan explains: “When Trudi, Olga and I first collaborated on the music video for ‘Tingle Fingers’ (https://www.youtube.com/watch?v=eyA4vqQGTV4), Olga was wearing a box on her head, completely hiding her face from view. Somehow, through just her hands and the ways she physically expresses herself, it still felt like an intimate moment, and we knew we had to give her more opportunities to explore movement in an even looser and freer context.”

“Olga’s own enjoyment of music and creativity comes from being able to move to it, so we knew we could give her free reign and it would be delicate, complex, and captivating. In terms of camera movement, the choice to go handheld really came from the desire to be able to move with Olga and change our frame as needed.” 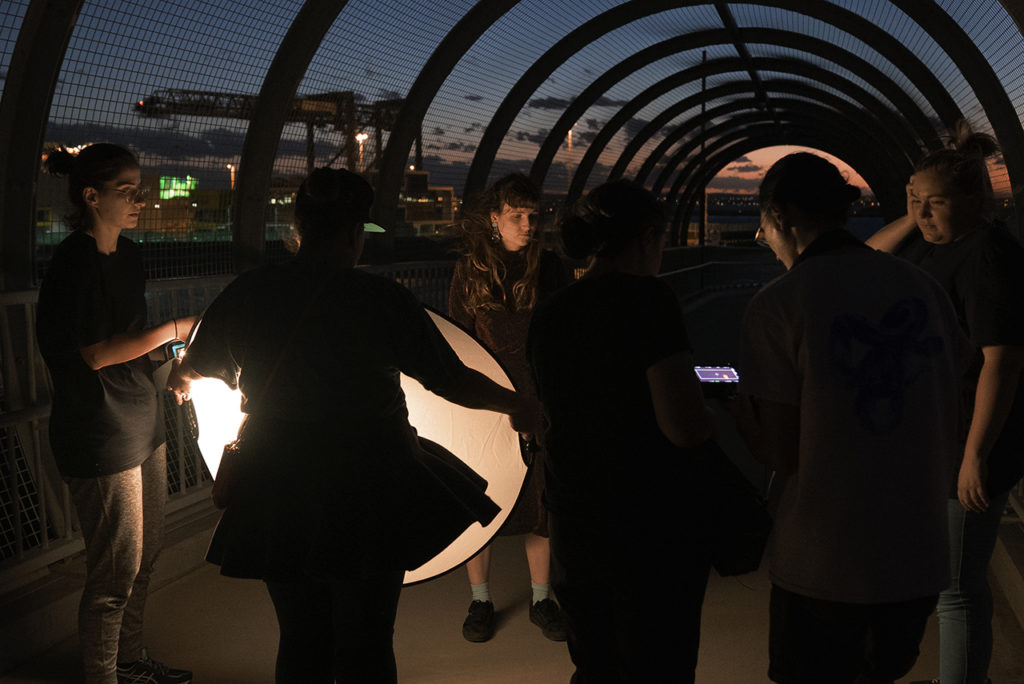 This approach to base the video around movement makes for a really, dare I say it, moving experience. Whether it’s riding in a car, rollerblading around an abandoned carpark or Solar’s free and expressive dancing, there is this undeniable flow and emotiveness to everything that is happening on screen.

The sentiment of the video is enhanced by the way light is used in the video. Shots of Solar lit yellow against a waning blue sky are packed with sentiment, while the recurring shot of Solar moving along a suburban street, bathed in red light as if lit from the tail lights of a car comes with such a strong presence. 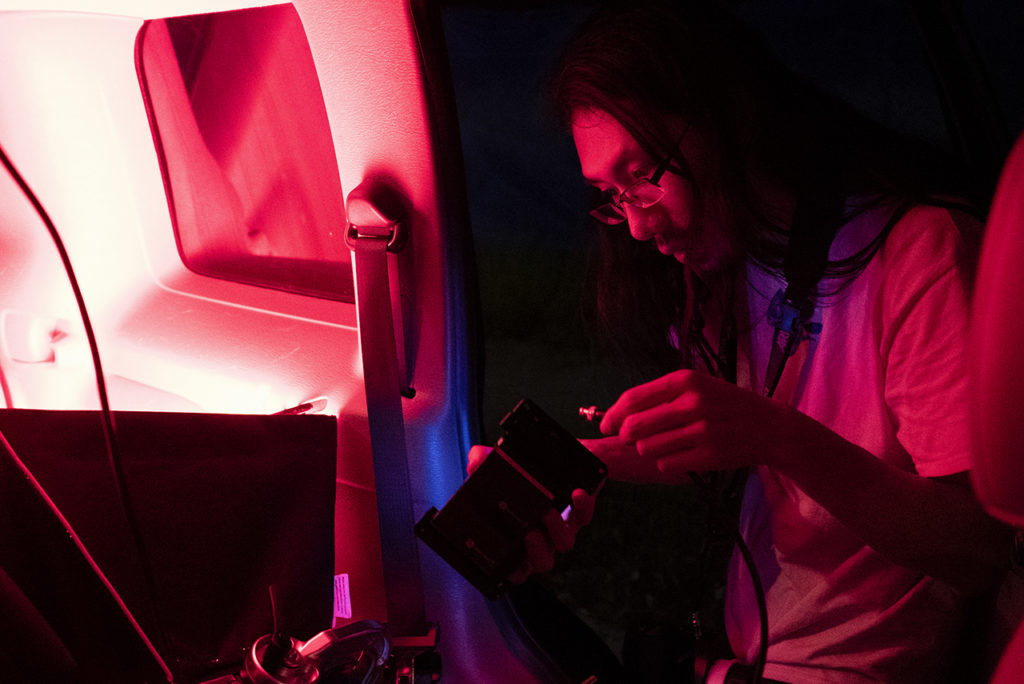 Duggan elaborates on this approach: “Given that this was a run and gun shoot, and we wanted to see at least three main locations in a very short amount of time, we needed portable equipment. For our lighting setup we used one Creamsource Micro Colour LED Panel and one ice light, both powered by batteries that we charged off a home office-style UPS. Both lights took turns being held by different people on set; one camera assistant had to run alongside Olga on the street at times, while I ran alongside the car to intensify the light on Olga’s close up in the carpark.”

“Somehow Trudi and I are both drawn to the colour red at the moment. There’s something very bold and honest about the statement it makes, and that aligns very closely with elements of the sentiment behind the lyrics of ‘Tulips’. Olga is almost eulogising and mourning the death of a relationship that she isn’t even sure existed. Her feelings are hurt, she’s frustrated but mostly at herself, and she is ready to talk about it. And to me, that is bold and honest. But she shies away from really confronting it head on at times, allowing the complexity of humanity to really shine through. We tried to give access to those moments in the scenes not drenched in tail-light red.” 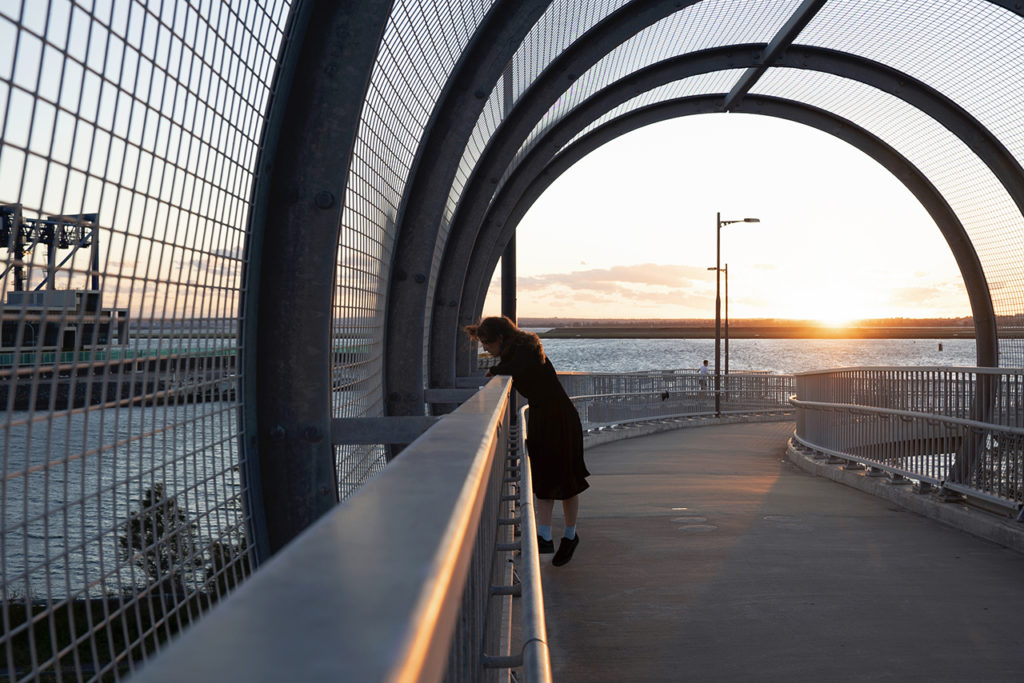 A great deal of ‘Tulips’ is delivered in slow-motion, bringing real gravity and drama to the piece. Duggan explains how this approach came to be: “Initially we decided to shoot multiple takes of every scene in both normal and slow-motion speeds to give ourselves variety in the edit.”

“However, I think from the get-go we were really drawn to the vast difference between the tempo and almost upbeat feel of the music in contrast to what the lyrics had to say. Slow motion became the vehicle for that exploration. Hopefully it forces the audience or at least begs them to pause to listen to what she’s trying to articulate for just a moment, rather than just singing along to the almost anthemic gig-favourite “Da-da-da-duns.” Lastly, Olga’s movement has its own gravitas and we wanted to honour that.” 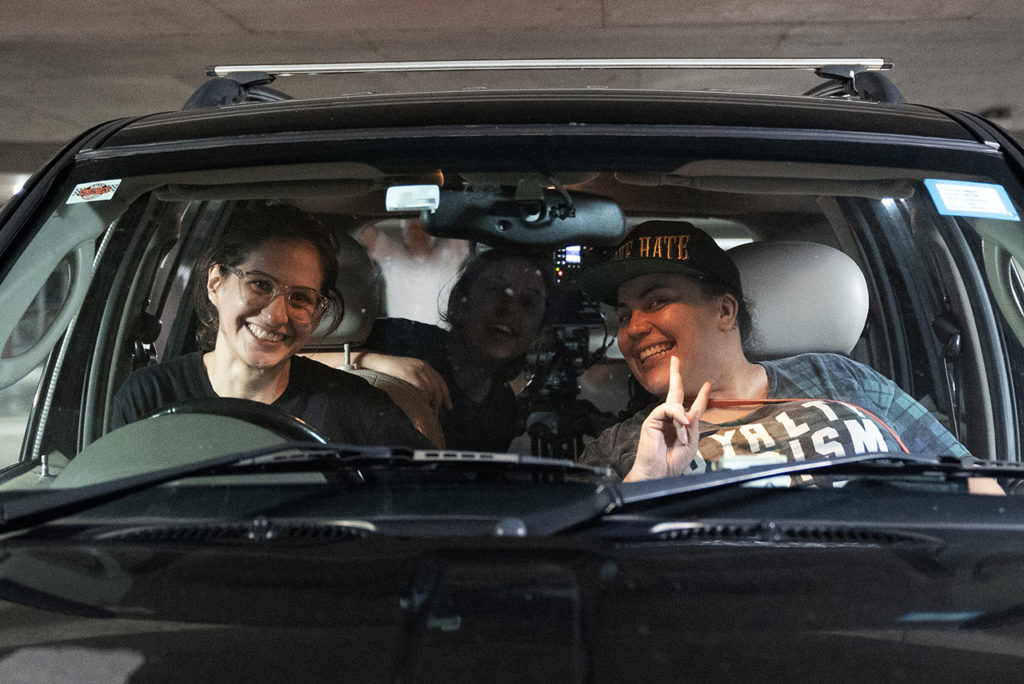 Where Alexandra Duggan and Trudi Gultom’s video for Olga Solar’s ‘Tingle Fingers’ took pride in creating story and emotion from the anonymity of its box-masked characters, ‘Tulips’ instead draws very heavily on the emotionality and vulnerability of Olga Solar both as a performer and a human. While it’s a very different kind of artistry on show in each video, the result is the same for both: A touching and rewarding experience for the viewer.

Here is the official video for “Tulips”