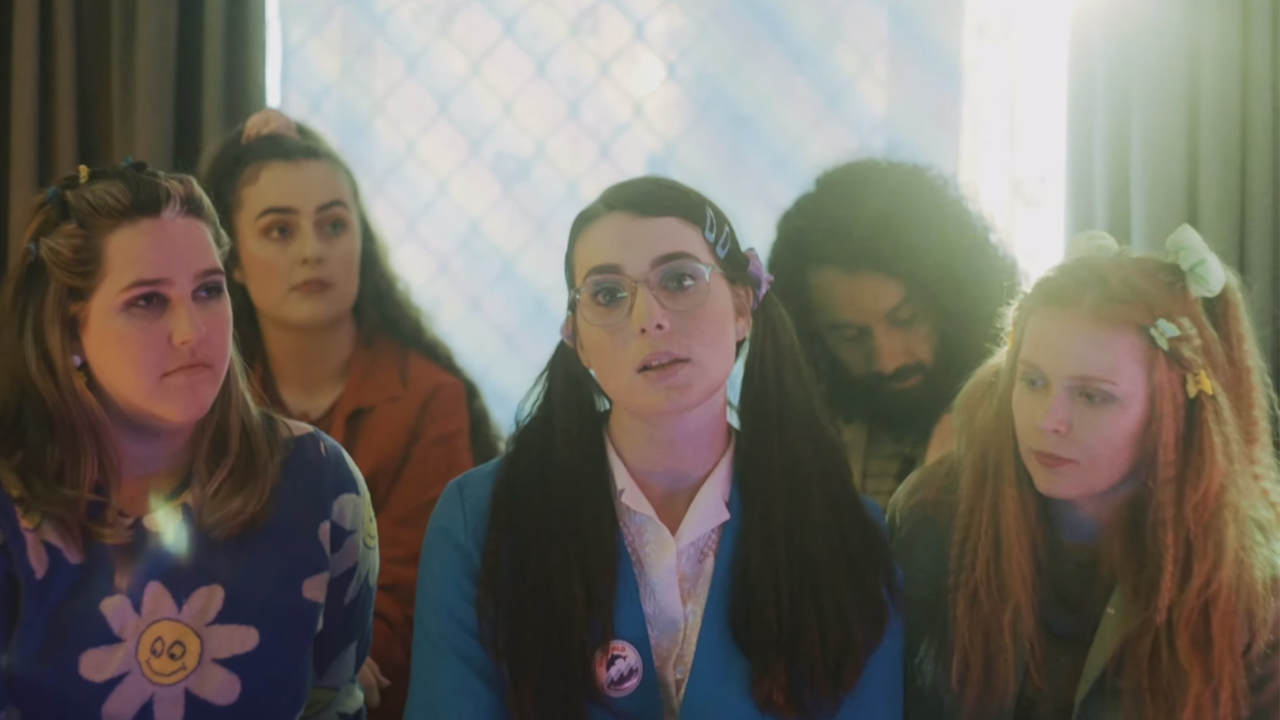 PREMIERE: Colie – Half Of What You Are (Dir. Robert Crispe)

Growing up with a twin brother in a small North Queensland country town was a unique and eye-opening experience for singer/songwriter Nicole Cross, better known as Colie. In particular, Colie felt the effects of gender biases on a much stronger level, which she explores in her new single ‘Half Of What You Are’: “Being a fraternal twin and having a sibling of the exact same age, yet we had different experiences growing up based on our gender. ‘Half of What You Are’ explores the idea that gender is socially constructed by the way members of society evaluate the role of females and males.” 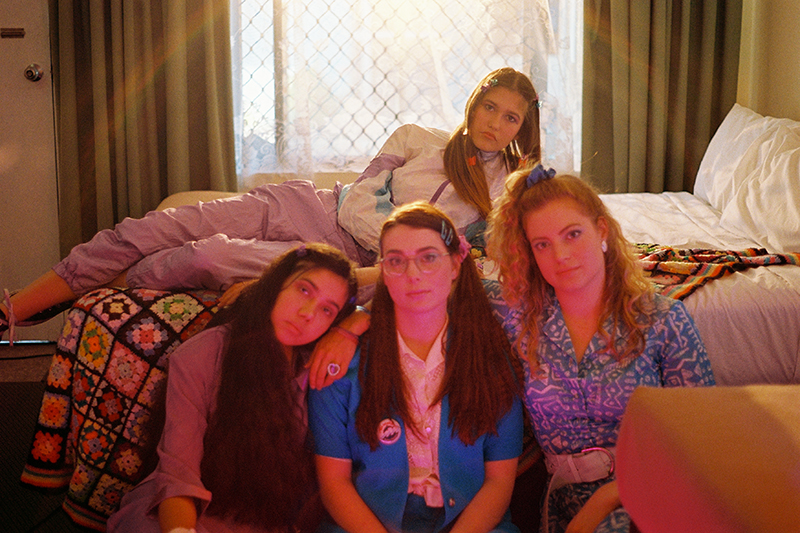 When asked about this experience of being forced into a certain box from such a young age, Colie replies: “The lyric in the song “I really want to go fishing” I think answers this question quite well. As a child growing up in North Queensland, fishing was a huge part of my family. My grandparents had a wall in their house with photos hanging of everyone in the family who had caught a “big fish”. I remember really wanting my photo on that wall. It may seem silly, but as a small child, it was a big deal. The boys always went fishing, and it was almost a novelty when the girls went, so in turn, a lot harder to get my photo on the wall.”

“When I was a child, I don’t think I really understood why girls and boys were treated differently, as it is so embedded in society that it felt normal. It was only reflecting on this as an adult that I started to make sense of it all. Boys and girls face a blue vs pink reality before they can even say their first word. From a very young age, I was subliminally told that I was delicate, fine and nurturing and my brother was told that he was strong, tough and adventurous.” 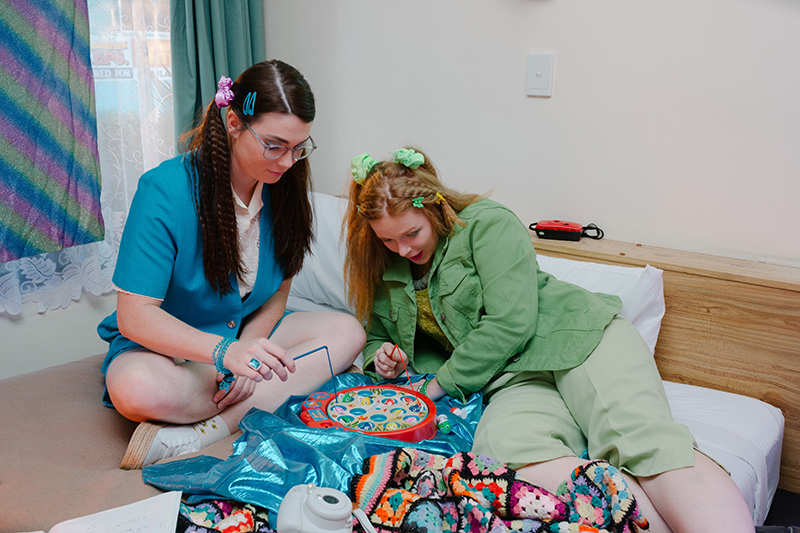 For the track’s visuals, Colie collaborated with fellow North Queenslander and director, Robert Crispe, who brought with him not only a wealth of talent and experience, but also the concept for the video, which explores the idea of less distinction between gender roles through a series of photograph-like scenes. Colie explains: “It was amazing to collaborate with Robert on this project. He came to me with the original concept… We then worked together to bring the cast together, a group of some of our really close friends. The location came about from a photoshoot that I did with Elijah Clarke (Blurr), a local photographer and creative that myself and Robert have both worked quite closely with.”

“Robert loved the blue aesthetic from the initial concept shots and the fact that the location was in Innisfail, a small country town north of Townsville. This felt super relevant to both Robert and myself, as I grew up in Ingham, a very similar town close by in NQ. In these small country towns, these stereotypes can often feel more exaggerated. It was a throwback to my childhood. Costumes were a big collaboration between all of the cast and crew, we sprawled out everything we owned on my living room floor and blocked colours together, with Robert directing this process to fit within the aesthetic. Really, it was a huge team effort between everyone involved, however Robert had a very clear vision from the start which made the whole process super easy.” 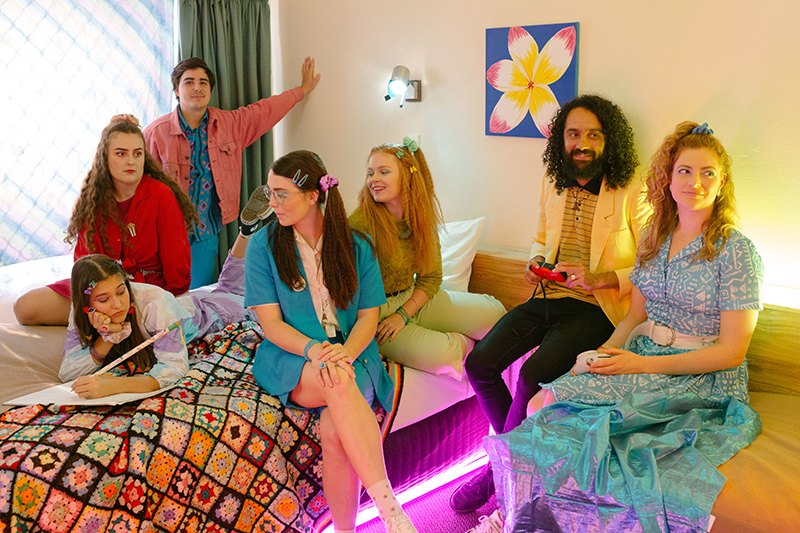 Choosing to set the video in these distinctly small-town suburban locations gives this real feeling of nostalgia, along with the presentation of the video’s cast through wardrobe and action, the shots feel almost like photos. Director Robert Crispe uses a handheld camera, that while generally covering the subjects from a stationery position still has movement, giving the feeling of home movies or even photographs come to life. Crispe elaborates on the approach: “I’ve never really been a fan of having a static camera and with that I try and use the handheld to my advantage – Building concepts around this. I definitely approached the set up as a photoshoot with very little action and for me using handheld countered that, giving it a bit more life.”

The feeling that these shots are like looking back into a memory is heightened by Crispe’s use of light. The subjects are often backlit by sunlight which Crispe allows to saturate the shot, even at times obscuring the shot, much like you would see in an old home movie or flipping through old family photos. Crispe explains: “Knowing Nicole and after listening to the song I knew I wanted to throw back to when these feelings and themes were first felt growing up. We never wanted to be too literal, or reference anything specifically, at the very least we wanted to touch on the nostalgia.” 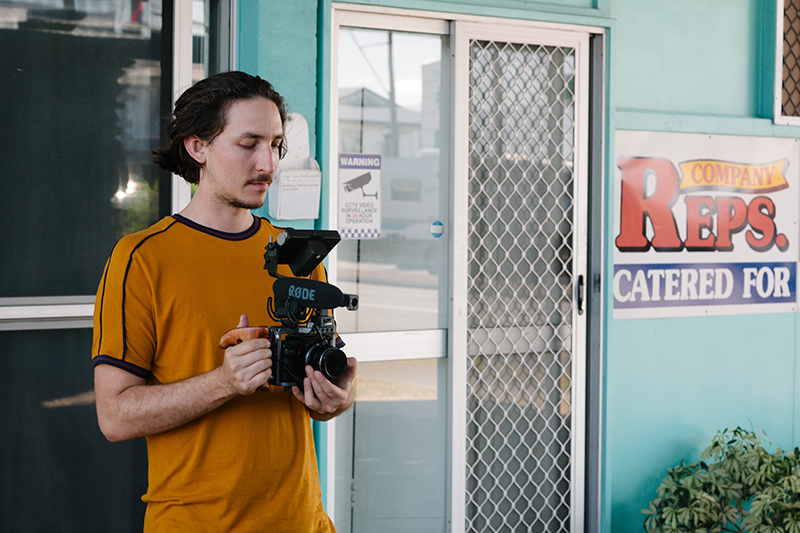 The video, in location and wardrobe, uses a strong blue theme throughout. Not only does this rather neutral colour scheme of mid-greyish blues add to the calming nostalgia effect of the whole video, it is a commentary on those gender norms that kids are forced to live within, as Colie explains: “The strong blue theme in the wardrobe and set was definitely a conscious decision. It was definitely chosen to make a statement, reflecting on the lyric in the song “You taught my mind how to think, and what my favourite colour would be, cause boys are blue and girls are pink”. We opted for colour choices that weren’t stereotypically feminine, however used overstated accessories like scrunchies, hair clips and jewellery – a big confusing mix of rebellion against societal norms and an over-exaggeration of societal expectations. The costume style was chosen to reflect the late 90’s, the style before equality, the style relating to where these feelings and attitudes impacted me growing up.” 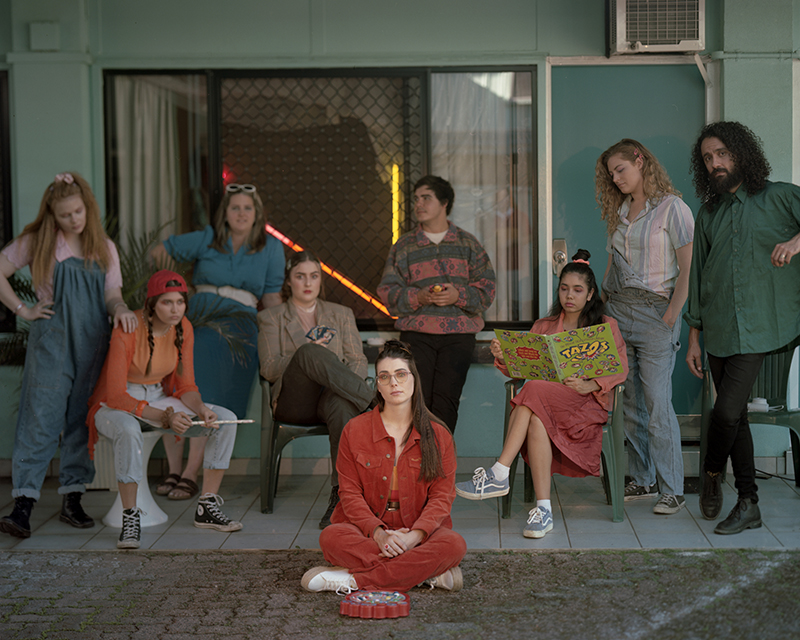 Though the experience of being a child dealing with enforced gender norms is somewhat universal, Colie’s version of it is certainly unique. Grappling with the idea of being a twin in the first place seems intense, then add the societal pressures around gender on top of that and it is truly remarkable that Colie has been able to articulate the experience so poignantly and wonderfully in this song. “Half Of What You Are” matches a beautiful song with a perfectly thoughtful film clip.

Here is the official video for “Half Of What You Are”