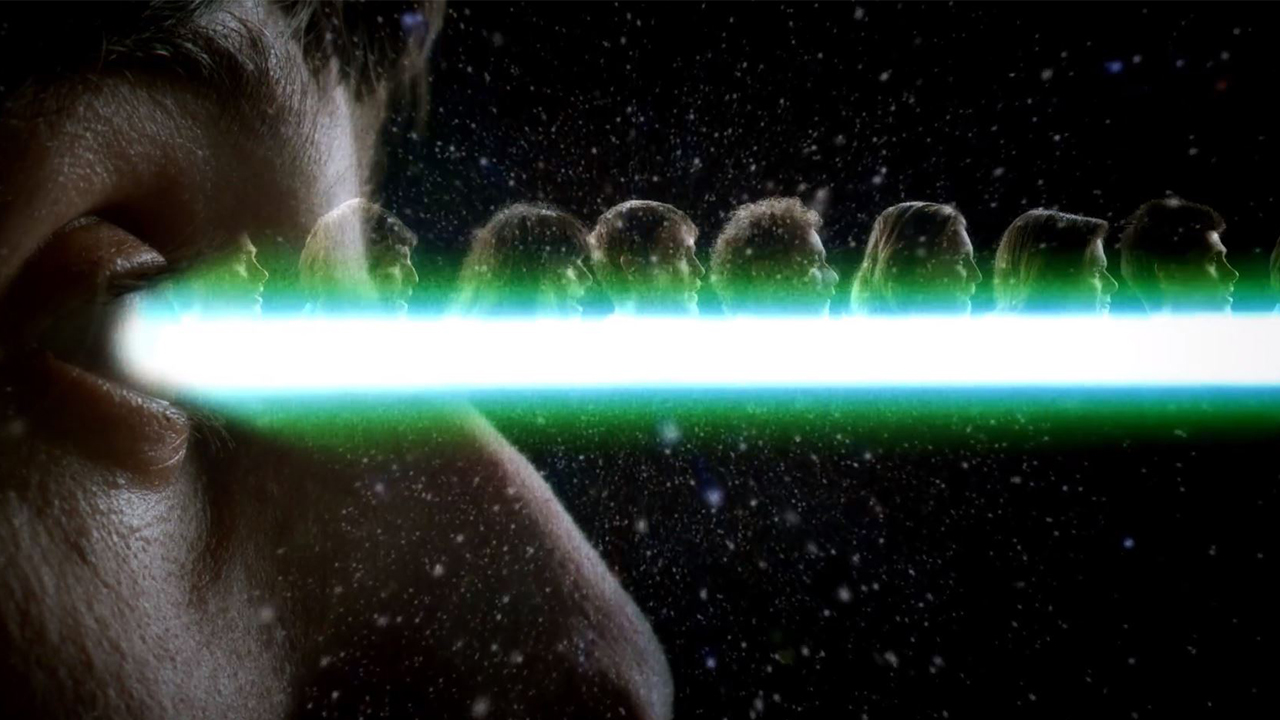 PREMIERE: Joseph Liddy & The Skeleton Horse – Give In To Love (Dir. Madeleine Purdy)

[dropcaps type=’normal’ font_size=’60’ color=’#ed145b’ background_color=” border_color=”]A[/dropcaps]ugust this year marked the 50th anniversary of the legendary 1969 Woodstock, an ‘Aquarian Exposition’ of ‘Peace & Music’ that attracted over 400 000 spectators, and which today remains perhaps the defining counter-cultural art moment of the 60s. The soul and spirit of the era’s music and aesthetic carried on and never quite diminished – the uplifting energy of its sonics is still heard today in popular genres such as funk and neo-soul, and the ‘far-outness’ of visual art through the period, such as that of the notorious Robert Crumb, often resurges in music videos – primarily of the psychedelic and indie genres – harnessing modern special effects to transport visuals into colourful and cosmic regions.

We spoke to Joseph Liddy and the Skeleton Horse, a 10+ piece Sydney psych-funk ensemble (and winner of a ‘Best Perms Award’), about the making of and inspirations behind their new music clip for ‘Give In To Love’, a psychedelic-soul trip through space that channels the acid-soaked visuals of the late 60s, and carries a sense of humour and adventure characteristic of classic sci-fi films such as Richard Fleischer’s Fantastic Voyage. 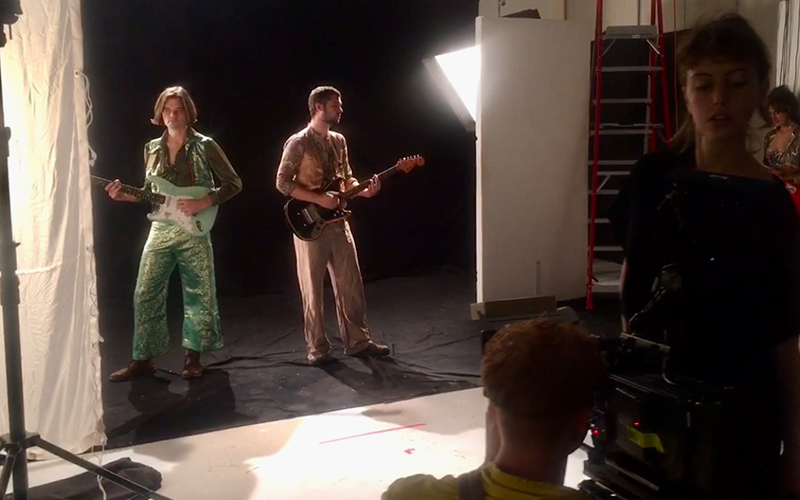 The video’s creative director and member of the Skeleton Horse, Imogen Guest, talked about the style and conception of the clip, which visualises the group being transported into the cosmos. “Windows 95 screen saver is a big inspiration,” Guest says about the retro imagery, which at times recalls Adult Swim sketches such as those of Tim & Eric. “We enjoy the quality and the effects used in clips from the 70s/80s. Now they seem gimmicky but it wasn’t at the time.”

The outfitting of the band through the video appears vibrant, frilly and authentically 70s, and seems to burst out of the space backdrop like hallucinatory, unidentified objects. “It’s only fitting to channel disco and funk fashion from the music we glean our inspiration from. We have a friend named Lisa Twomey; a brilliant designer who has made some stunning and outrageous clothes for Liddy.” explains Guest. 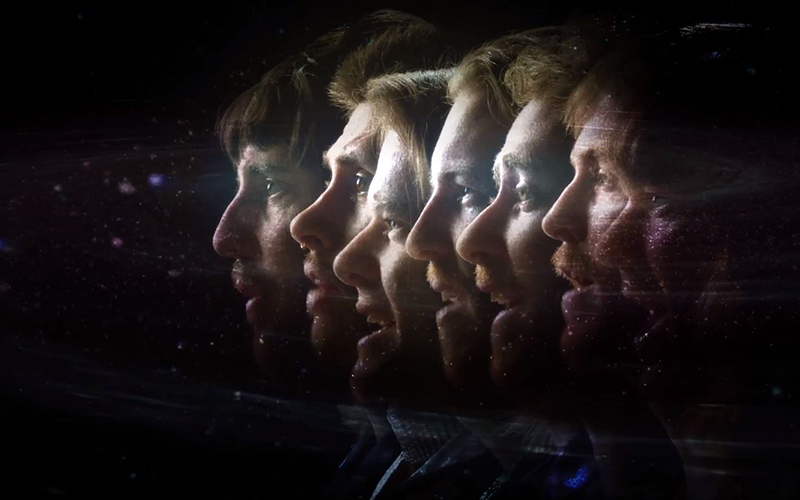 In the spirit of funk and soul music, ‘Give In To Love’ has an uplifting message – an almost musical mantra – about opening up and embracing friends in the face of hardship, as explained by the bands titular leader, Joseph Liddy: “The band basically exists as a vessel for us all to spend time together and play music in a supportive and creative environment. We don’t have a manifesto, but the songs have these similar themes of love and inclusivity, which is cheesy and for the most part earnest.”

The song itself has an entrancing funk sound a la Funkadelic which swallows the listener up into big, hypnotic instrumentation. “The more spatial sounds come from Vince’s synth which takes it into the cosmos. We play live with anywhere from 10-13 members so it ends up being quite a large sound.” 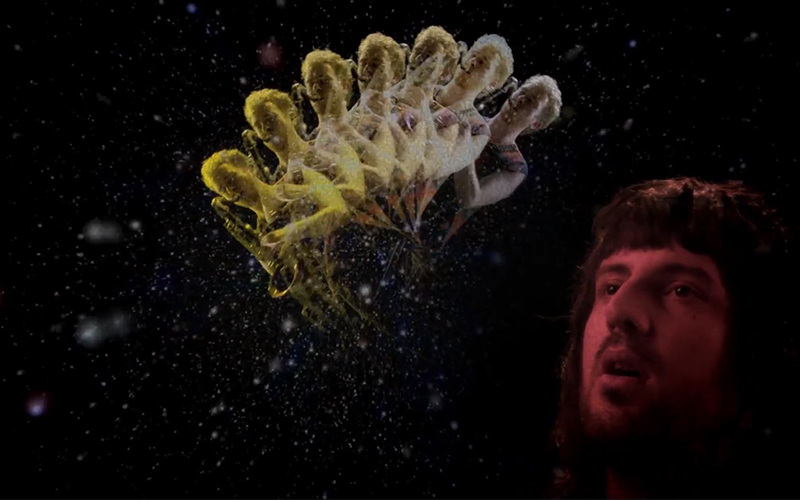 Sydney filmmaker, Madeleine Purdy, who directed the clip, spoke to us about the integration of trippy special effects, such as shooting band members out of eye-lasers, and how green-screening visuals allows for a degree of improvisation and experimentation in the post-production suite. Purdy says “Jack Saltmiras (DOP) and I designed a shot list that would give us the most to muck around with in post. Whenever I got stuck, Jack would come over and suggest something suitably absurd.”

The separation between the green-screen studio and the final product of a video can be at times drastic – what is filmed of a band within a non-descript location can transform, in post-production, into something completely different, like space exploration. One wonders just how much faith is required to be shared between artist and filmmaker. “The band put a lot of trust in me as a filmmaker to run with my instincts, and also gave me a lot of time to do so. Anyone who makes videos knows how rare that is!” Purdy explained. 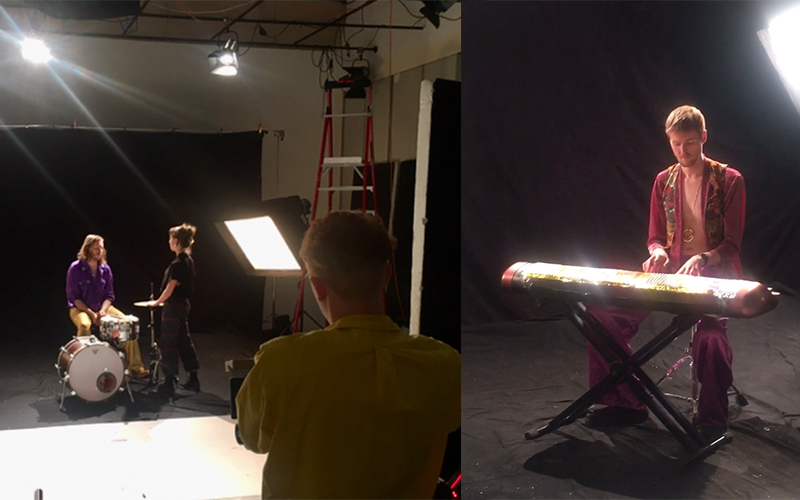 In Joan Didion’s essay ‘In Hollywood’ from her White Album collection, she wrote about how filmmaking “makes everyone a gambler. Its spirit is speedy, obsessive, immaterial.” The profits of creative acts are never as exciting as the making of the projects themselves – and the prospect of them actually being pulled off – in limited time frames, always subject to change and chance; Didion argued that this energy makes the process ‘more consuming than sex, more immediate than politics; more important always than the acquisition of money, which is never, for the gambler, the true point of the exercise.’

The transformation of green-screen into final visual is thus another form of filmmaking gambling, where the strength of the post-production team comes to the fore and in a sense takes the creative and experimental wheel with the raw footage. Purdy reasoned that “this discrepancy is actually something I adore. I understand totally why people don’t like that discrepancy… Asking record labels, for example, to use their imagination all the way up to delivery is usually not gonna fly. But it is so much fun.” 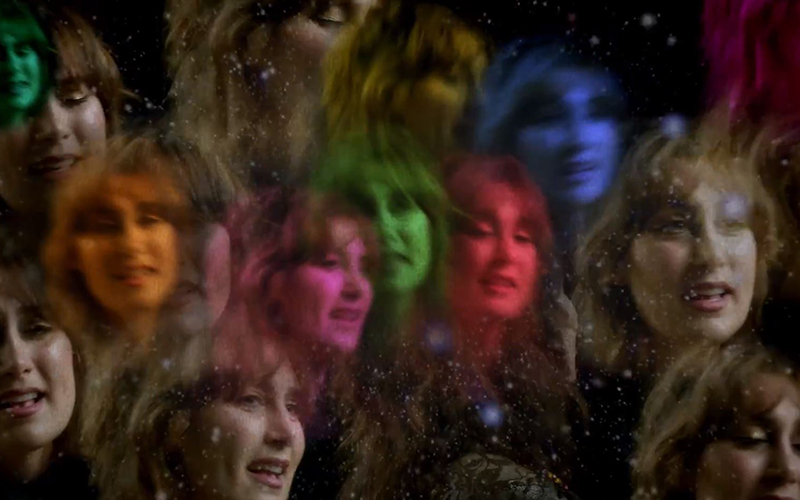 One of the more cinematic (and trippy) moments of ‘Give In To Love’ is a 1960s go-go dancing scene that later culminates in a collage of faces and characters dancing on-screen, in a kind of digital-painting-with-camera. This pastiche of dance, performance and ethereal imagery fills the frame and finally jumps out at the viewer. Purdy remarks: “A live set at its best is ethereal, intangible and a constantly evolving pastiche of music, dance, costume and personality. I played the song a million times over and changed up the vibe of the visuals whenever I got bored with one of them.”

And so, in their new clip, Joseph Liddy and the Skeleton Horse champion those 60s ideals of ‘Peace & Music’, demonstrating that the anarchic joys and freedoms of the creative act never really go away, but rather reemerge whenever we give in to love.

Here is the official video for “Give In To Love”