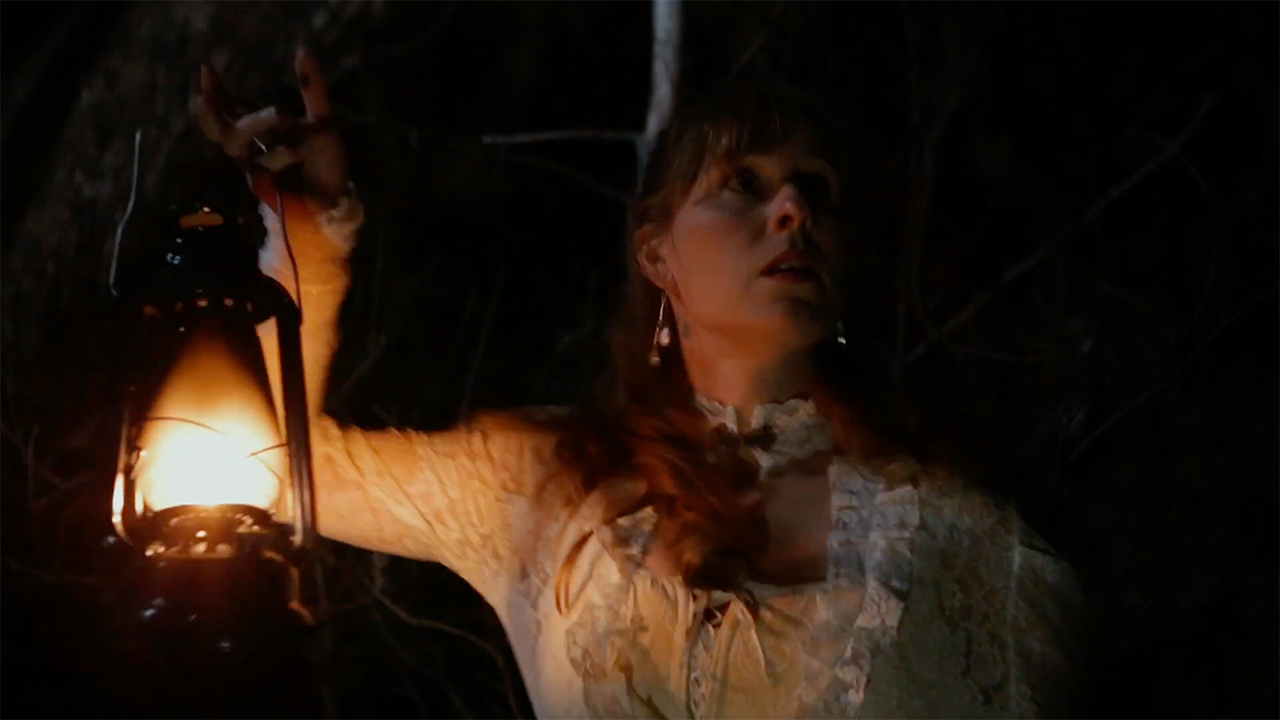 [dropcaps type=’normal’ font_size=’60’ color=’#ed145b’ background_color=” border_color=”]T[/dropcaps]here is so much to absorb in Melbourne artist Duxie Franklin’s new single ‘It’s Time’; the way she seams together a kind of vaudevillian jaunt with a certain Nick Cave or Tom Waits-esque sinisterness makes for a most compelling pastiche that continues to reveal it’s wonderful secrets on each and every listen. While the base combination of instruments lay a strong indie folk foundation, the way Franklin uses singing organs overlays something from the world of 70s prog rock that makes everything so intriguing. 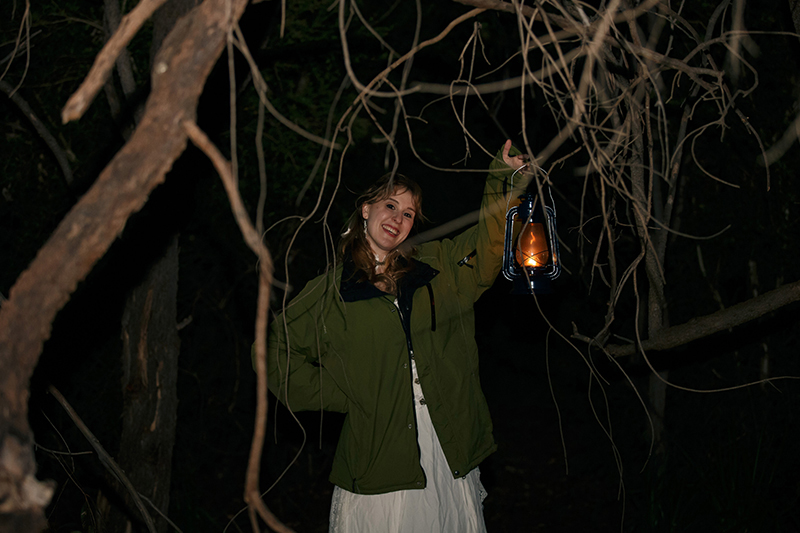 “‘It’s Time’ is the first song I pretty much self-produced” Franklin recalls, “and I had a really clear vision of the soundscape and mood I wanted to create with the production. I actually did an original recording of the song with my band in Hobart well over a year ago and it had more of a quirky, circus-pop, cabaret feel, which I love as well, but ultimately didn’t serve my vision for the song and the video I wanted to create.”

“I really enjoy the process of figuring out arrangements for a song – I sit back, shut my eyes and hear the entire song crystal clear in my head; then all I have to do is make it a reality! I wanted the production to have a gritty, menacing feel but also a compelling and lush, can’t-tear-your-ears-away sonic beauty. I think I achieved that with the faux-gothic organs in the chorus, the ghost-like chorus of backing vocals and the propelling kick and bass line. Arranging this song was pretty challenging at times because harmonically, it kind of straddles two different key centres and in the last chorus it actually changes from the minor to the major! Trying to settle on the organ chords nearly drove me mad.” 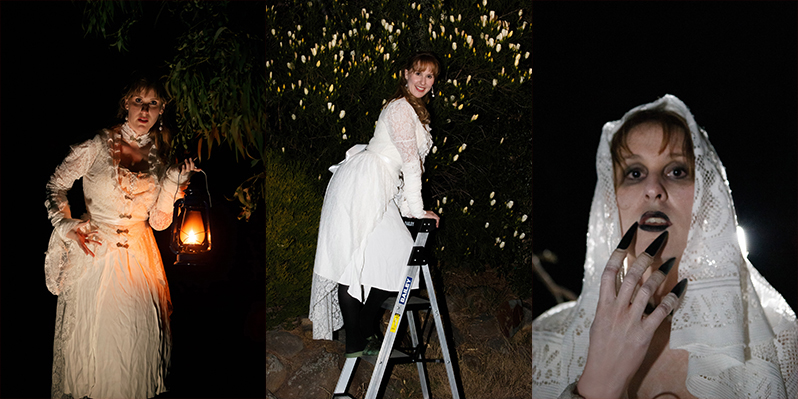 Franklin’s self-directed accompanying video follows a theatrically trepidatious protagonist, played by Franklin, as she makes her way through the spooky bush in search of but also in escape from a mysterious black-clawed ghoul, also played by Franklin. Instead of relying on modern horror techniques of glitchy editing and overactive camera work, Franklin uses long shots from a static camera, drawing inspiration from some classic Hitchcockian horror and Australian new wave mystery ala Picnic At Hanging Rock. “I’ve had the concept for the video for a long time,” Franklin explains, “and it was always at the forefront of my mind while I was producing the track. I wanted to build up the suspense over the opening verse and chorus and allow the track to really unleash in the final two choruses where I knew, visually, the main character would be fleeing for her life.”

“While I wasn’t going to try to make a period-piece, I wanted the video to have an older feel and aesthetic. Something that guided me throughout the process was the power of suggestion rather than overt reveals. Every time I had the urge to make a ravaging monster with blood and guts and vampire teeth, I had to catch myself and re-focus my energy on the minimal aesthetic, the mood and the suspense. The bush locations we found were so powerful in themselves – with their twisted branches, gnarly trunks and that amazing drifting full moon – with the right framing and lighting I think the results were more effective than if we had tried camera gymnastics and over-cooked SFX.” 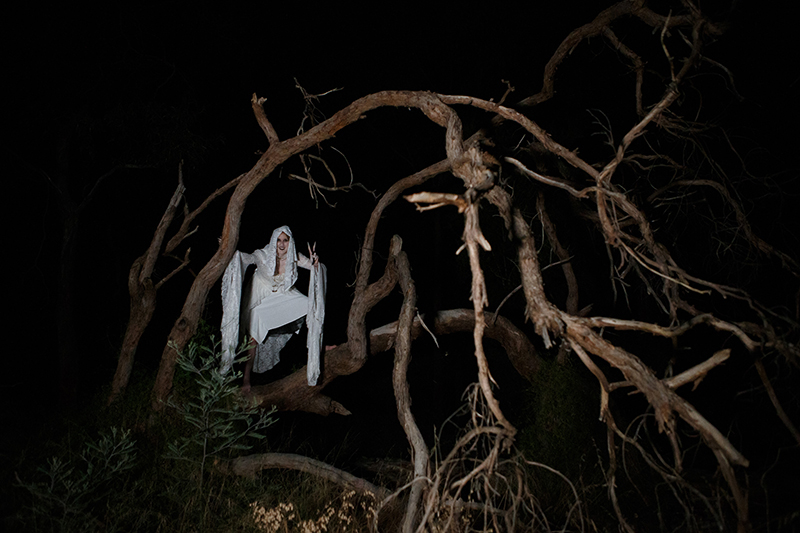 There is that inherent spookiness that can be drawn from a period aesthetic, which Franklin has done in a very simple and effective way with the wardrobe and production design of the video. The distressed protagonist in an intricate white gown holding a brass oil lamp in one hand and keeping her dress raised in the other,  she creeps through these foreboding twists of branch and shadow. Franklin muses on her inspiration: “I had the vision for the dress and the production design clear in my mind from the start – actually achieving it was more of a challenge!”

“I spent a lot of time researching the costume design in Picnic at Hanging Rock and exploring the aesthetics and themes of the Australian Gothic genre. In the end the dress was a composite costume with petticoats, a silk nightdress, bodice, corset and a thin lacey full-length overcoat, all held together around the waist with a white ribbon. I got pretty hot during filming! The period boots took ages to source – most modern boots have zips! Eventually I found a vintage leather pair with a low heel and laces from an op shop, perfect! The 19th Century style kerosene lamp was not part of our early test shoots but ended up being a highly effective prop and fitted authentically into the narrative. I actually wanted the character to drop the lamp in terror before she fled the scene but it was too much of a fire hazard in the bush so we had to cut that idea.” 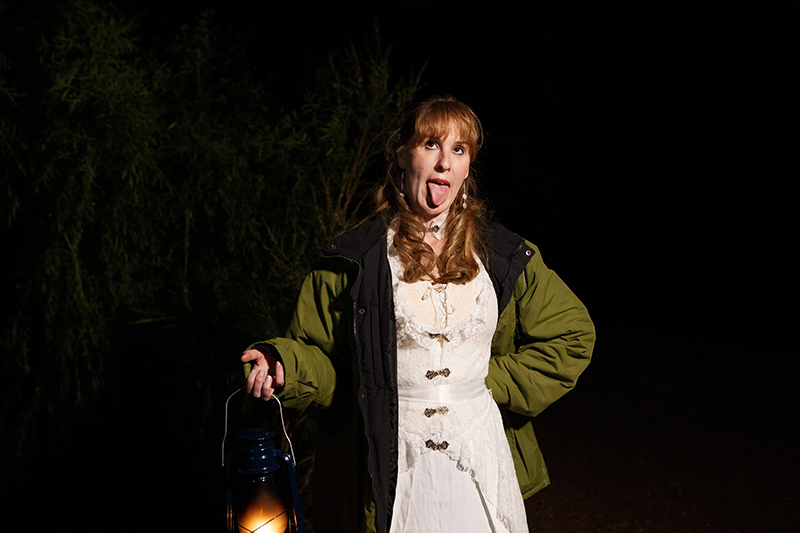 Franklin’s involvement in the entirety of the creative process, from song to video, makes for such a complete product. It’s so interesting to hear that early recordings of ‘It’s Time’, while great, didn’t really fit the mood that she felt was required for the plans she already had in place for the video, and as such it was re-recorded. It’s a depth of care and precision that is uncommon in the indie music scene, where efficiency and even economics can take priority. Franklin explains: “I see my art as a holistic body of work. I can’t imagine handing over creative control to somebody else – it’s too important to me.”

”I have so many visual ideas all the time (they literally keep me awake at night) that I’m just bursting to realise them all in video, photography or other visual art forms. Plus, I absolutely love the process! It is challenging, thought-provoking, I learn loads and the sense of satisfaction when the projects are complete is unlike any other. I have worked with my photographer and visual collaborator, Chris Cobern, for a few years now. Over time, we’ve learnt how each other work best and our relative strengths and weaknesses. Chris is amazingly patient and supportive of all my crazy ideas (except the ones that put me in physical danger or break federal laws ha ha!) and I couldn’t have achieved this video without him.”

Here is the official video for ‘It’s Time’