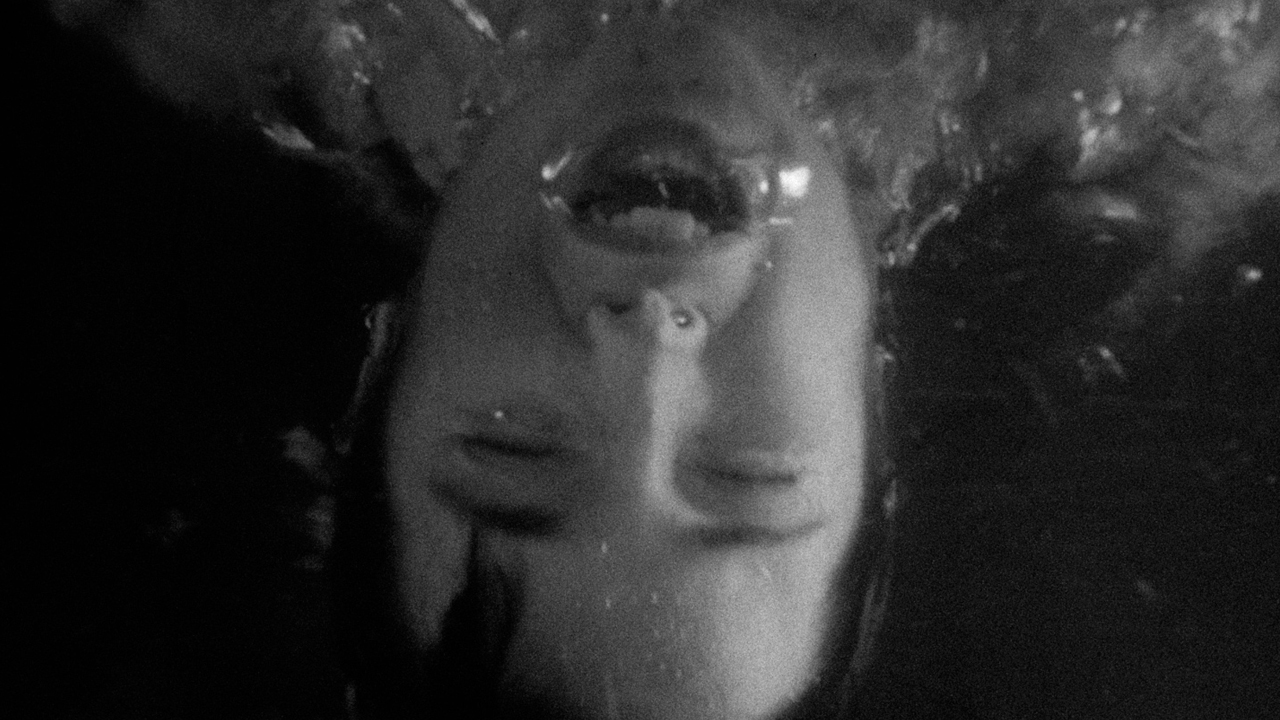 by Timothy Sneddon
0 comments
COVID-19 restrictions have affected the way we all work, and filmmakers are no exception. Almost completely finished with pre-production for a short visual film to accompany the hazy, gorgeous power-walk that is Whistling by Flocks, filmmaker Jordan Kaye had to disassemble his crew and start again: “The crew and planning for the shoot was well under way and then the restrictions hit due to COVID-19 but I still had a strong desire to make a clip. I adapted the entire visual album idea into a smaller, more manageable expression of ideas which I knew I could capture myself on the street and in my studio.” 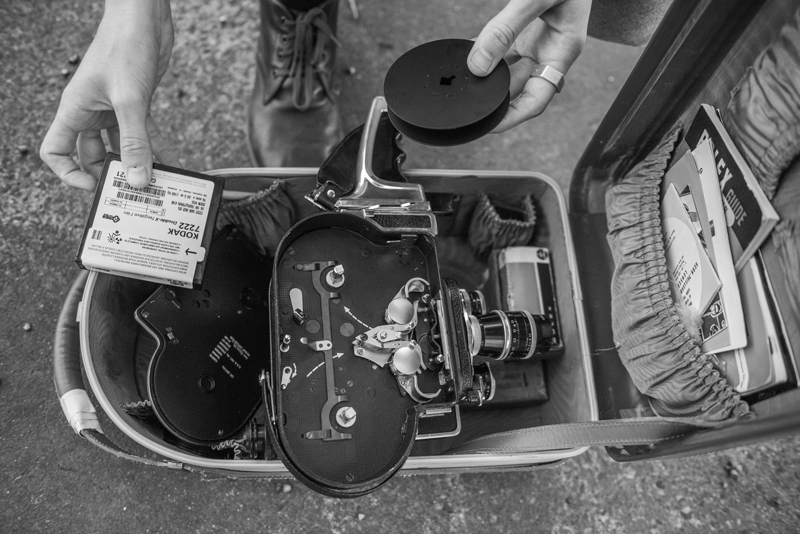 Mastermind behind the music, Justin Malvaso of Flocks, would be forgiven for being apprehensive about the sudden change to the clip. However, after working closely for 8 years, Kaye has always been given the freedom of creative expression. Throughout this collaboration between visual and aural, Kaye has generally taken control of the artwork for the band. This time around he decided it was time to increase the frames per second and deliver some moving images to accompany the music.

“Our working relationship is based on trust, no briefs, no creative direction. Flocks have allowed me to express my creativity through their music with full creative freedom. Our visions are one and always will be inseparable.” 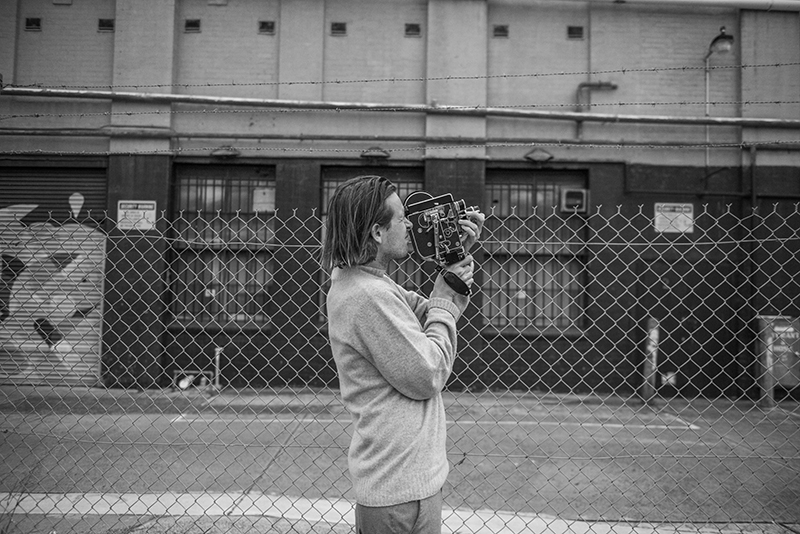 As an avid street photographer, Kaye is accustomed to working freely and with what is in front of him; capturing the unrehearsed and organic moments that present themselves. Condensing an entire short film concept may not have been as daunting a task as it sounds for someone who works this way. He needed the visuals to speak to the music and for him, the only way to achieve this was with the analogue grain of black and white film as the backbone: “I could only see this clip being shot on film. I put a call out at my studio for a 16mm camera and within an hour I had a Bolex H16 Reflex in my hands and a set of lenses.” 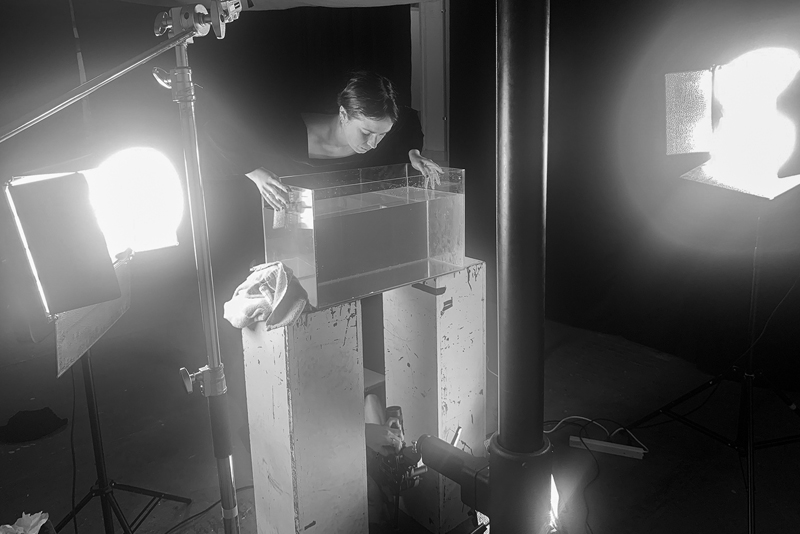 Loading a roll of 16mm film for the first time might leave some apprehensive that what they capture may not be there when they’re on the cutting floor but for Kaye this is the beauty in the process. Even after all the light metering measurements and attention to framing the shots correctly, one might overlook something as simple as leaving the gate open, effectively burning away two hours of footage. This is something that happened to Kaye, but only someone who cares as much about the process as the final result, would remain unfazed.

“I had captured some really nice stuff which I’ll never see and that’s one of the main reasons I love the medium. It makes it all very exciting and real, the missed opportunities make the final outcomes even more special.” 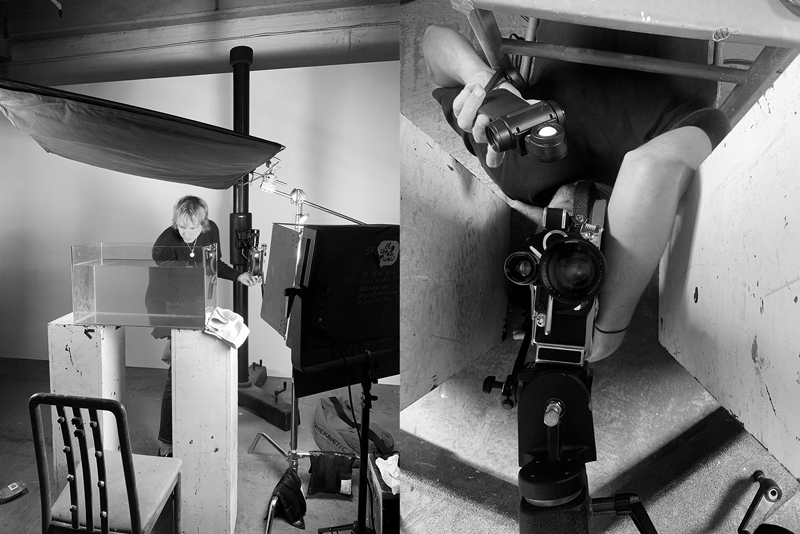 The result is a clip that combines the B&W film, calm purple-hued footage of a dancer in the expanse of Alice Springs and physical effects shot in a studio. The most striking of these is that of billowing black ink, slowly darkening the water of a fish tank, obscuring the blinking gaze of Kaye’s partner and muse, Lucille Bone. This single shot is a distillation of the moody beauty of the clip. 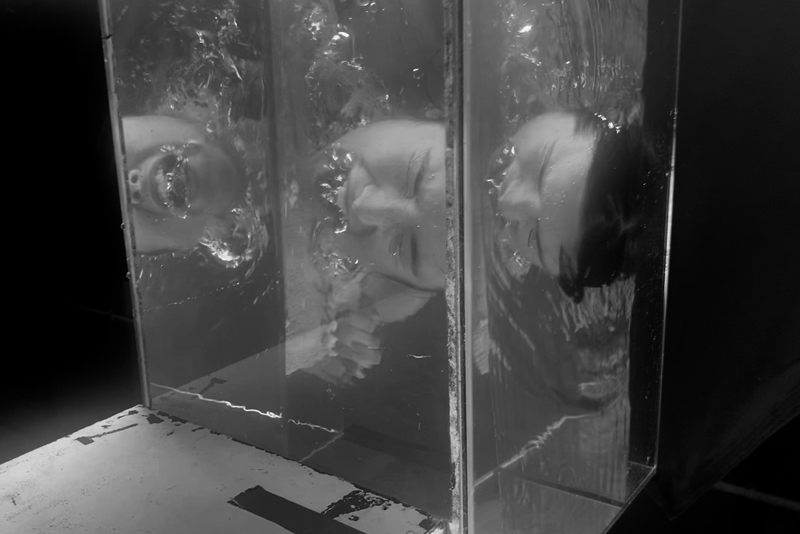 The editing style uses the classic structural elements that make up a song – intro, verse, chorus, bridge – as an arrangement on which to build a suite of visuals that return throughout the clip. The rhythmic pulse of pedestrian lights, kaleidoscopic edit of mirrors and checkerboard sidewalks or most strikingly, the down-the-lens stare of Kaye’s partner are the recurring moments that give the piece it’s intimate heartbeat.

“Repeating visuals means that you really come into the world and, much like song when a chorus comes around, you sing along, you’re in it. Then say, there’s a few drum fills in a song, and they are ever so slightly different, I love that.” 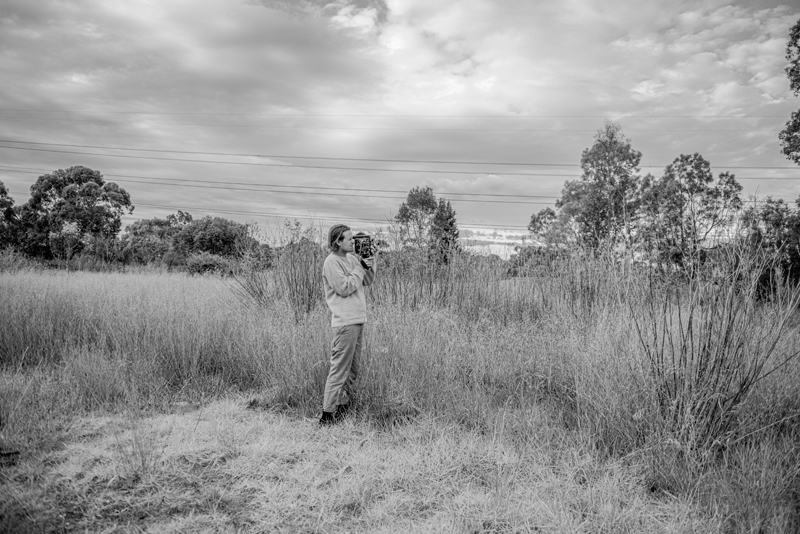 The warmth and intimacy that is achieved in this clip should feel strange in contrast to unsettling internal rhythms of the mind that are visualised so effectively by Kaye but the instant nostalgia afforded by the use of film as a medium blended with the calm of the colour footage serve to balance the broth. It perfectly captures the sometimes inexplainable way many of us feel, especially during this moment in history; nostalgic, isolated, intimate, restless and hopeful all at once.

Here is the official video for ‘Whistling’