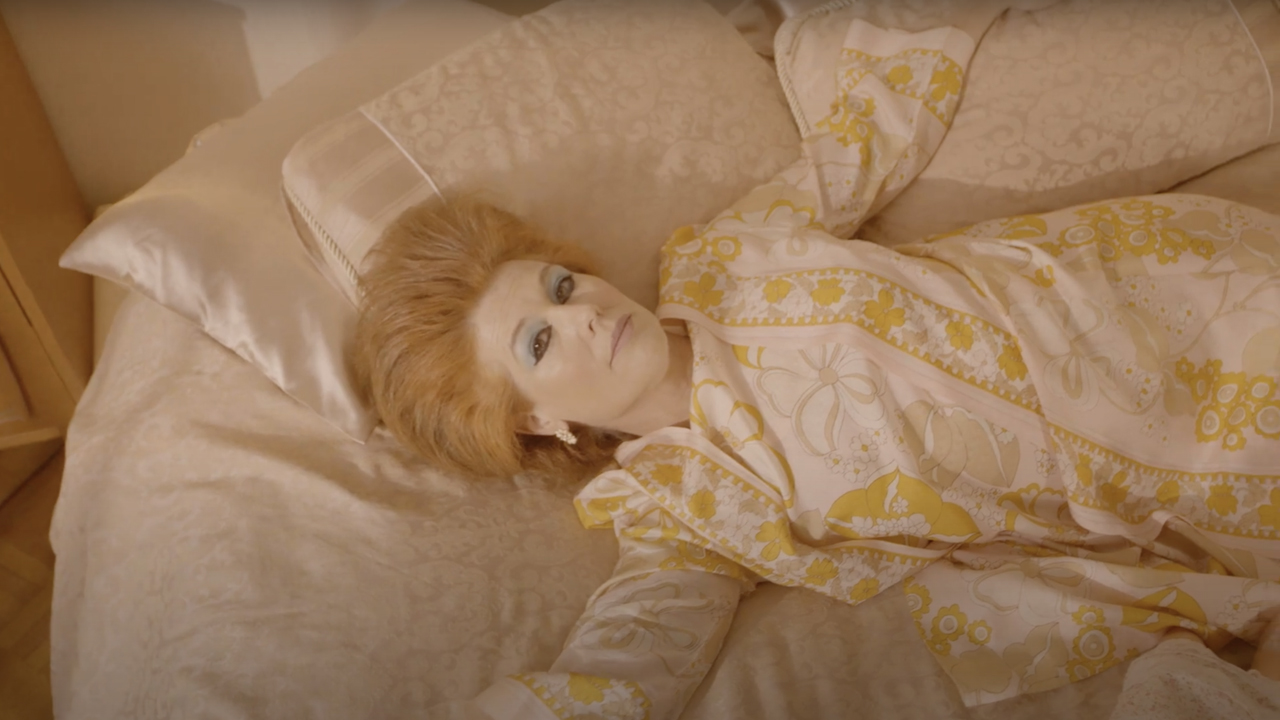 by Allan Brady
0 comments
[dropcaps type=’normal’ font_size=’60’ color=’#ed145b’ background_color=” border_color=”]T[/dropcaps]his delightful clip for Minibikes’ track “I Can Feel Ya” came together when filmmaker Angie Black was given the trust and creative license needed, to build a team around Amanda Morris’ truly kinetic performance. This vision perfectly compliments the uncannily catchy and moody track, as they’re both full of texture. Ultimately what has emerged is a technically modern yet aesthetically vintage work, akin to unearthing a priceless polaroid in your auntie’s lost suitcase. 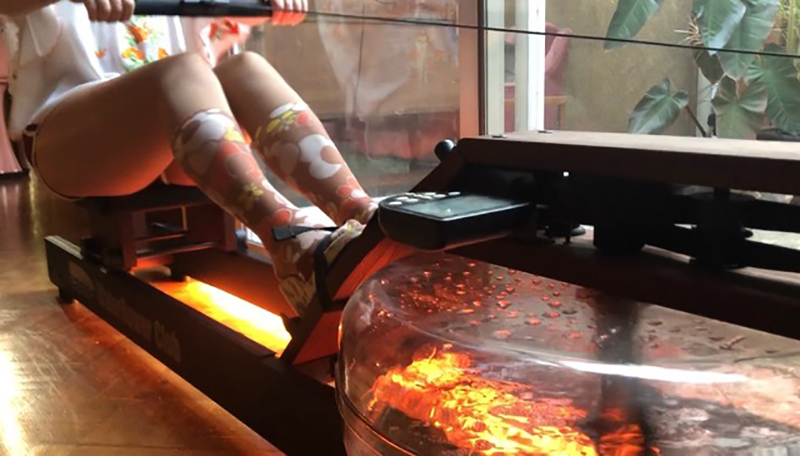 Minibikes – I Can Feel Ya (BTS photo by Tynique Dimcevksa)

As demonstrated in the past, Matt Jasper the DOP, swiftly deciphered the director’s vision to present a look reminiscent to auteur films of the 60’s and 70’s, with very much its’ own style. This was achieved by combining old school techniques on-set with a fitting choice of camera, movement, lensing and a considered post-production approach, Angie Black Explains:

“We shot on a Panasonic EVA1 and Zeiss ZE prime lenses. We used a jib to get a fluid, floaty vibe for most of the house scenes to create an unsettling sense in the character. For the dance piece we went handheld to get more visceral with the movement. I fell in love with the 85mm lens on The Five Provocations (Angie’s 2018 Feature) and we brought it out for the dance sequence in the film clip. We wanted to create a ‘present feeling’ that enhances both the extraordinary and the realism of the mundane. We shot in log so we had more flexibility in the grade. Libby Chow did a great job at cutting it together – she really felt it and did an amazing job at bringing out the muted greens, browns and oranges of the 1960s suburban colour palette we were aiming for.” 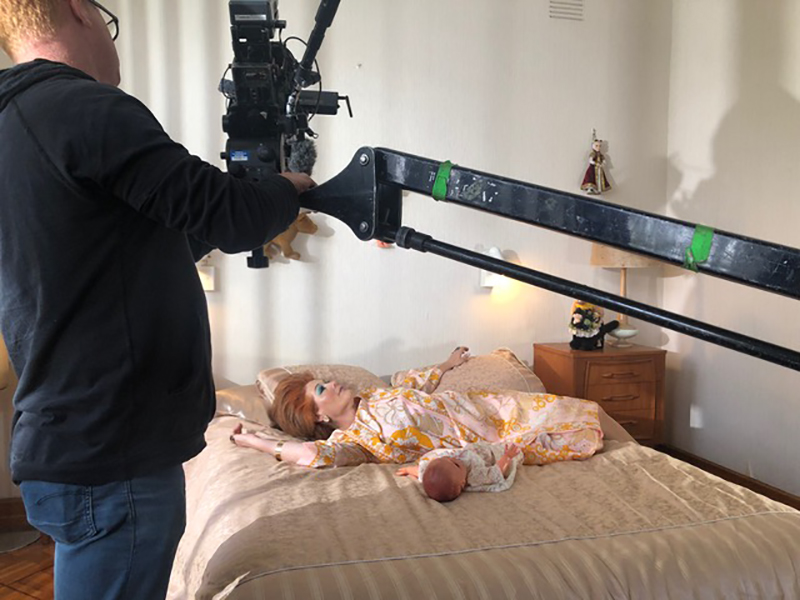 Minibikes – I Can Feel Ya (BTS photo by Tynique Dimcevksa)

Marcel Borrack and Dion Fibishenko did a fantastic job on art direction, embellishing and accentuating a special location in a small amount of time. Even the finer details play a huge role in the picture, such as Amanda’s self-styled costume, or her dolls, which are the work of artist Suzette Wearne. These elements ensure the audience is transported to a different time and place. Whilst a David Lynch or melancholic Wes Anderson theme may come to mind, Black however had more specific visual and narrative influences:

“We looked at Arronosky’s Requiem for a Dream (2000) because I loved Ellen Burstyn’s depiction of a woman isolated, alone and self medicating. I was also drawn to Cassavetes’s A Woman Under the Influence (1974) because Gena Rowlands gives the most brilliant physical performance of a woman suffering mental illness.” 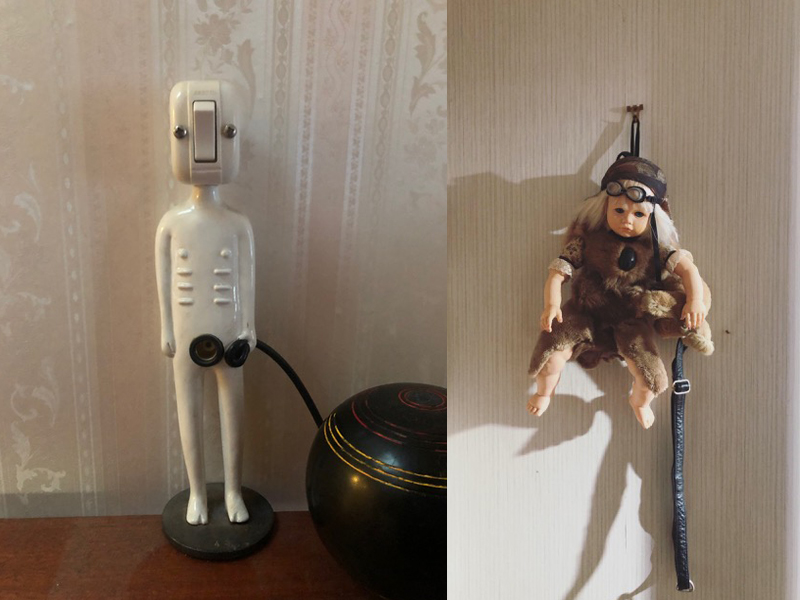 Navigating these razor thin margins between performance and deeper commentary into substance abuse comes from a place where both artist and film-maker were open to exploring illusive themes. This concept by Amanda Morris and Angie’s passion for performance direction, ultimately lead to this striking image of a ‘woman home alone in a suburban setting, enjoying her own company’. That is except for a moment of brief connection with Marce on guitar, where the audience is treated to a memorable character interaction, which was somewhat spontaneous:

“Collaborating with Marce (the guitarist) and Amanda (the choreographer/ dancer) was a lot of fun. The dance sequence was loosely blocked out with Amanda and Marce. We had worked through the energy, mood and intent of this sequence and then improvised within the space.” 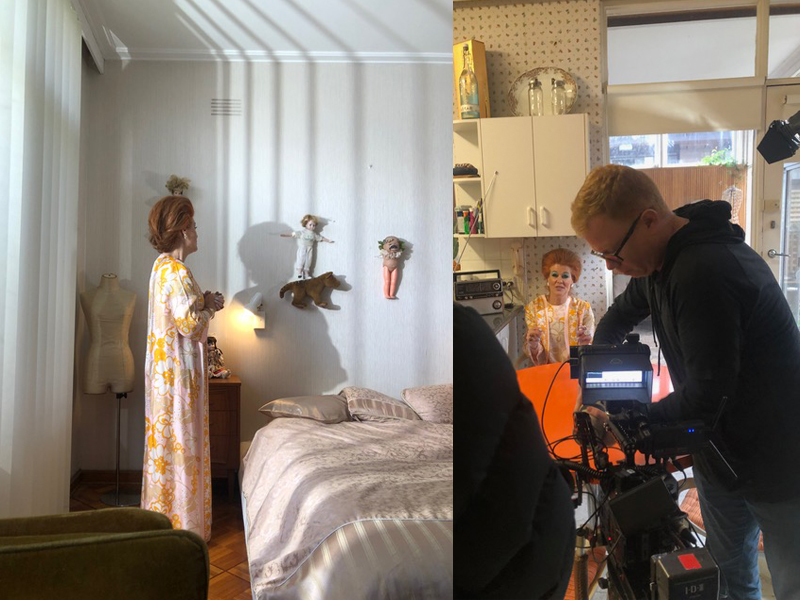 This concoction of creative expression could leave you feeling both parts fun and sad. A woman who is for better or for worse, alone in her own world of euphoria or delusion. As songwriter Marcel Borrack stated, “I can feel ya is about being with someone who understands you, the texture of love which can be unsettling and reassuring at the same time”. Angie Black elaborates on how this sensual connection between woman and house was the foundation of concept, motivation, and collaboration:

“The woman can feel the new presence in her house, and she wants to help it come out into her world. I have to admit, I’m not much into storyboards. I feel like they lock you in too much to one particular vision. I certainly have a shot list but I like to be free enough to be responsive to things that might present themselves on the day. I like to create an environment where everyone on set is on the same page both aesthetically and creatively. I was open to influence and suggestion from all the key creatives.” 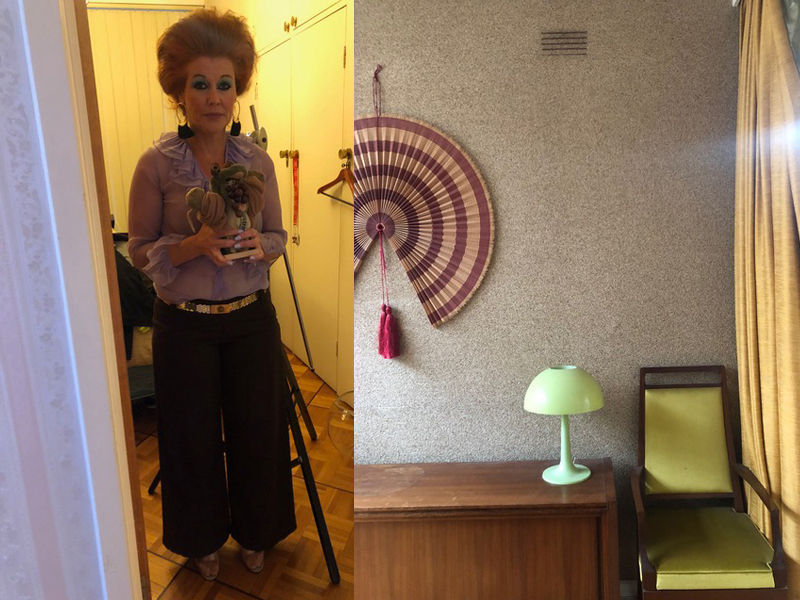 Aiming to create something abstract can pay off after the final edit has been locked, but during the pre-production process it can typically be a hard vision to sell to an artist. This video clip is a testament to where a growing cohesive longer-term relationship between filmmaker and musician can produce repeat successes. Ever since the first location viewing there was no question as to the end result, songwriter Marcel Borrack tells us:

“When Angie took me for a site recce to the house where we filmed I knew we were onto something special. The aesthetic was so faded and glorious. It felt right. I wrote some of the score for Angie’s amazing 2018 feature film “The Five Provocations”. We had such a good working relationship, and I had such admiration for Angie’s work it seemed to be a no brainer for me to ask her to make my clip. I was stoked when she said yes! Working on this video was a sheer delight. The team Angie assembled was amazing.” 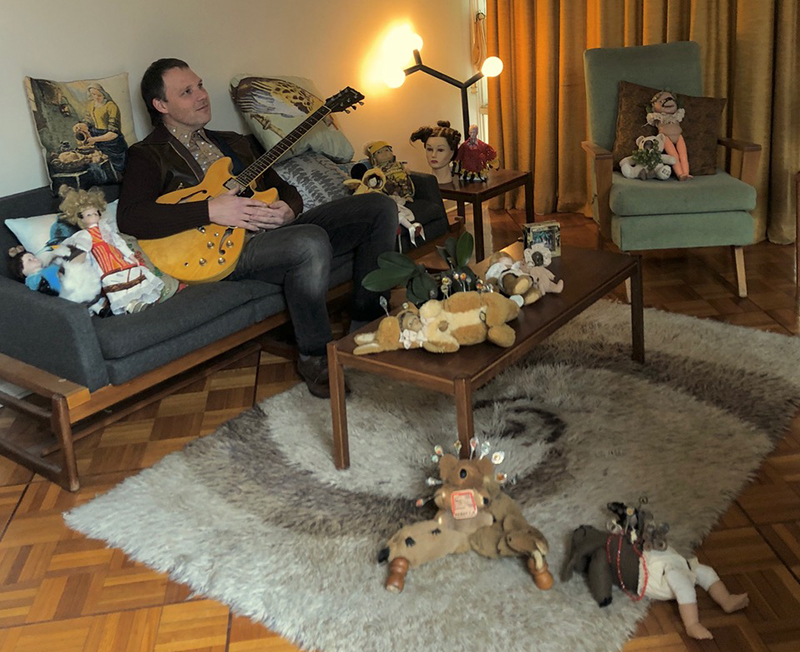 Minibikes – I Can Feel Ya (BTS photo by Dion Fibishenko)

What finally eventuated is a ‘wistful’ and ‘nostalgic’ music video with influences bleeding through in an overt but also seemingly subconscious way. Like a warm fuzzy déjà vu trip, this clip feels like it’s from another era. Aided by all the production hallmarks like tight design, editing, shooting, direction and classic choreography, Minibikes – ‘I Can Feel Ya’ is an example of a small idea, working in a big way.

Here is the official video for ‘I Can Feel Ya’