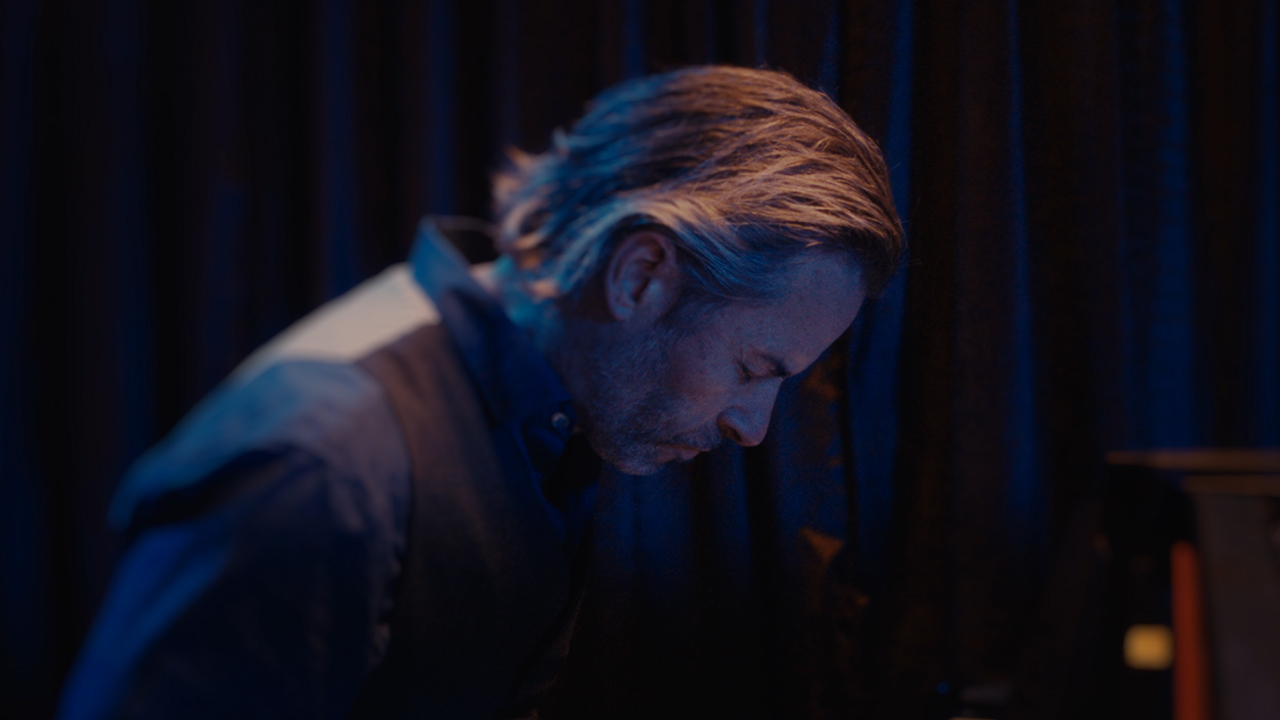 A smoky jazz bar becomes the epicentre of drama as director Zac Harris takes us into the lives of its patrons, giving us a glimpse into the varying degrees of conflict and confusion that they find themselves in. We spoke to Zac after his music video got a huge response at CLIPPED.TV Premieres on March 19th. 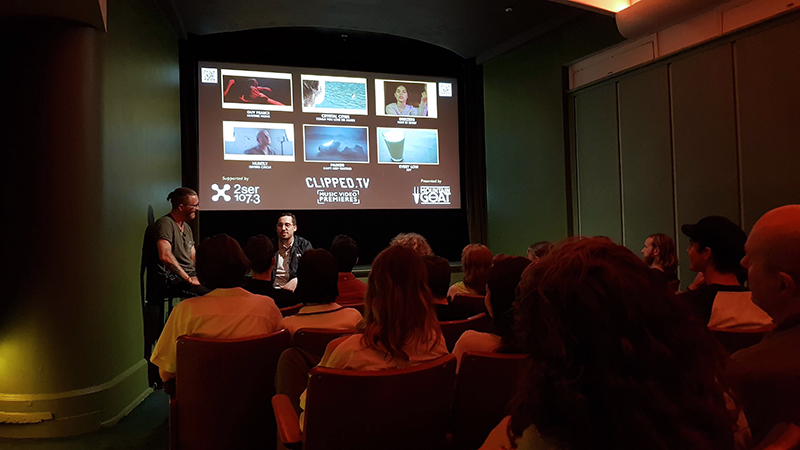 Q&A with Zac at CLIPPED.TV Premieres (Photo by Kern Sharma)

“Leaving Home” was one of the first songs Guy Pearce wrote after his marriage came to an end, and as a result is steeped heavily in the shock and disbelief that comes with the break down of a relationship. Pearce came to realise that, while it was an incredibly difficult experience to be had, it was also quite universal and something that so many others had also been through. 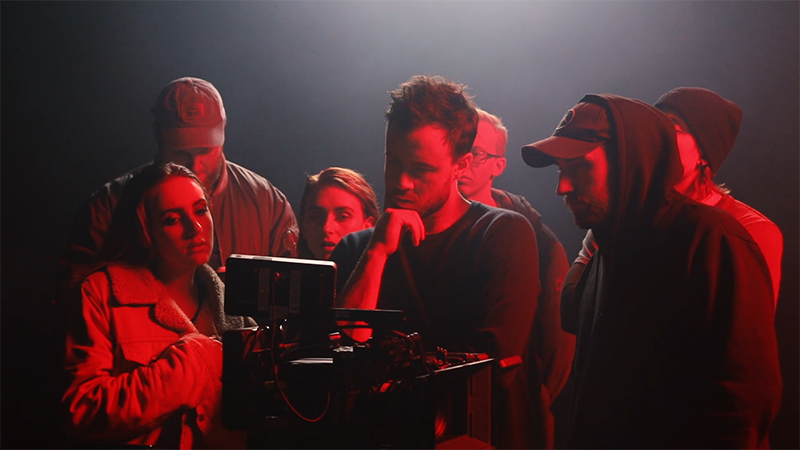 So when Harris came to conceptualizing the video for “Leaving Home” he felt the need to represent the universality of the concept, making Guy Pearce’s post-relationship state just one swirling wave in this brewing maelstrom of emotion.

On this, Harris says: “I wanted to explore the different relationships of several people, but still make them quite personal and draw from real life experiences. The song had a moody and ominous feel and as soon as I first listened, I felt it should be set in a smoky jazz bar. The characters within the bar were drawn from people and situations in my own life… I found myself going back through past experiences to create the story, which I think is important to create something real.” 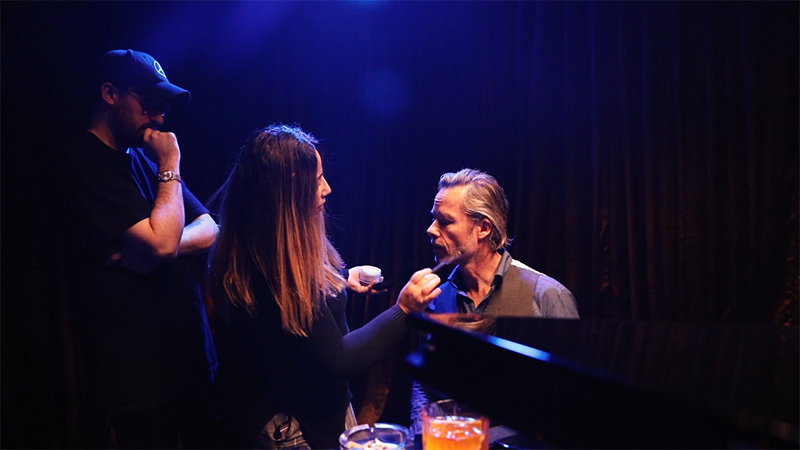 Setting this video in the jazz bar not only colours the interactions with a really interesting and darkened noir feel, but also brings to the front the reality of this shared experience through the idea that people all around us are going through something. Everybody is fighting their own battle.

The dark bar location also brings with it the opportunity for some really intriguing lighting, an opportunity which Harris and his director of photography took with both hands. “Daniel Dunn (DOP) really went to town here, and both of us worked quite closely on this project. We spoke about the feelings and moods of each scene and Dan created lighting setups that reflected those well.” 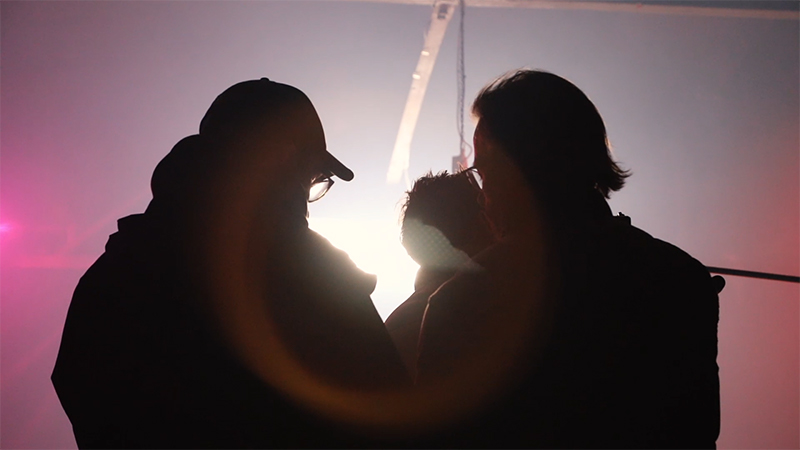 The characters are lit in these vibrant yet moody blues and golds. Often their faces are halved by these colours, hinting at the dichotomy of the character and the conflict within. Meanwhile, between the drama, we see two dancers bathed in red. Their movements close yet at a distance, limbs intertwining without touching, acting out the closeness and conflict of the ebbing and flowing of a relationship.

The representation of the bar patrons’ experiences through dance makes for a really interesting component to the video, and according to Harris, one which came about quite organically through Pearce and Harris’s collaboration: “The addition of dancers was brought forward by Guy as we wanted to add another layer to the piece that helped convey the emotions of the stories that were playing out, as an insight into their minds and how they were feeling. Stephanie Wilson and Alix Gardiner were amazing, we explained to them the different scenes and the emotions that we wanted to convey and let them do their thing, which they absolutely nailed.” 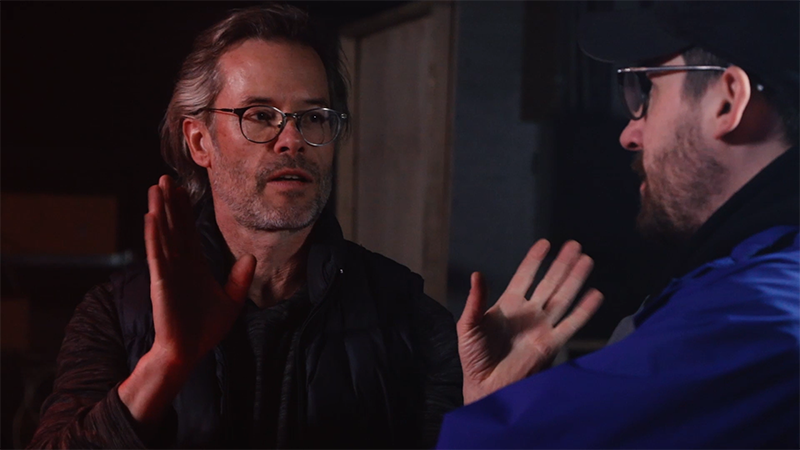 On the whole Harris spoke quite fondly of his experience working with Pearce: “It was a pleasure and he was very open to my ideas which was a great experience. I learnt a lot from Guy both on and off set, and it was great to see how hands on he was with the project. It was a great inspiration and I hope to work with him again in the future.”

The creative understanding between the two is made very apparent by the results. Harris’ choice to highlight the universality of Pearce’s experience in such a way that it does not minimise each encounter, but is more an exploration of relationships and conflict as an entire concept rather than one person’s experience makes for a really compelling video. 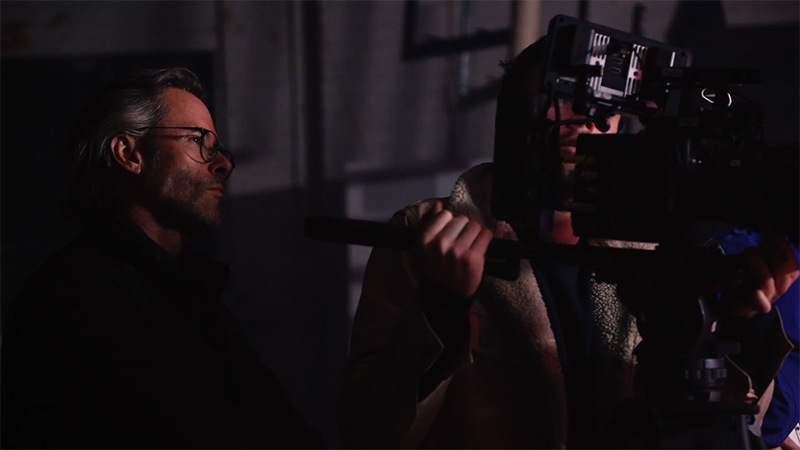 The way the video ends with Pearce escaping the well of emotion that the jazz bar had become, only to then bump into his lost love on the street, makes a very interesting point. The conflict cannot be contained to a hotel room or a jazz bar, we carry the battle with us wherever we go.

Here is the official video for “Leaving Home“