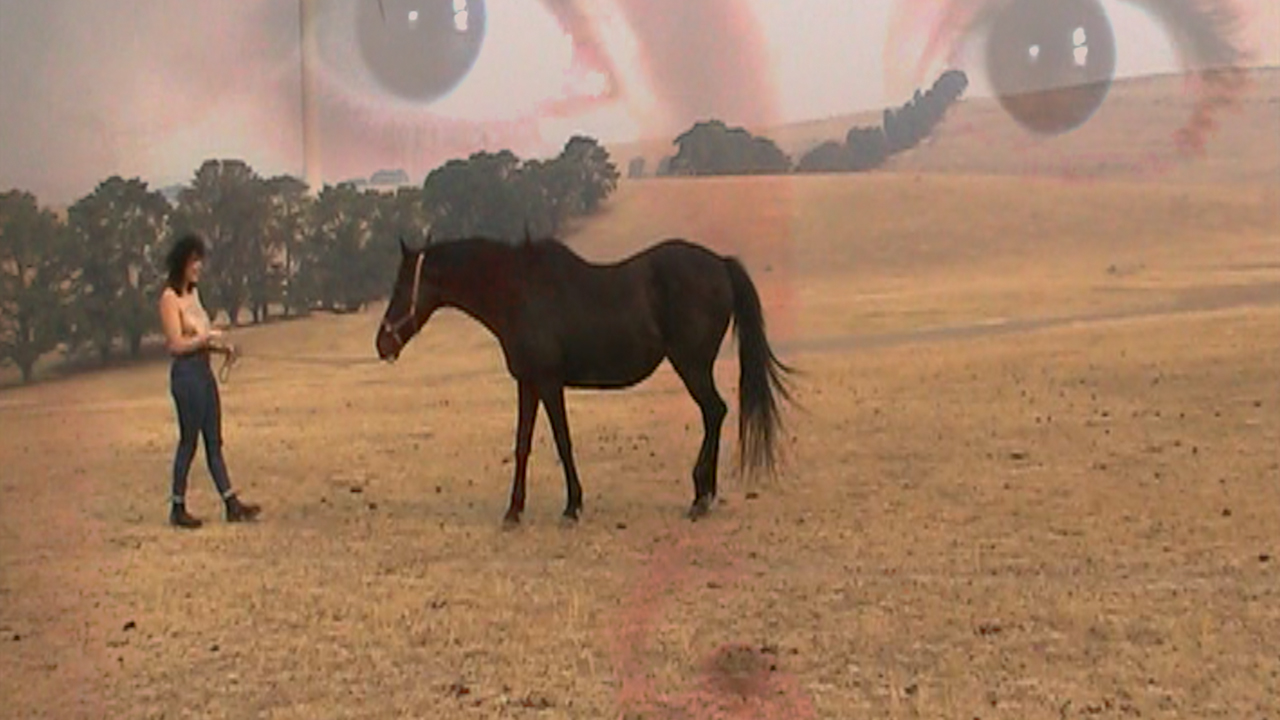 by Anth Webster
0 comments
[dropcaps type=’normal’ font_size=’60’ color=’#ed145b’ background_color=” border_color=”]T[/dropcaps]here is a brutal honesty to Hedy Blaazer. The Canberra alt-folk artist’s songs are imbued with that kind of stark sincerity that is present in so much of Australia’s greatest art, from Midnight Oil to The Drones, to Wake In Fright to Animal Kingdom. It’s that heart on the sleeve mixed with gritted teeth that is uniquely Australian.

Blaazer’s new single, the slightly ironically titled ‘A Happy Song’ bubbles with an intensity as it marches though movements of brooding, then introspection, and then in the song’s crescendo this sustained but barely restrained anger. It’s powerfully emotive stuff, delivered with drama and dynamic, which, according to Blaazer, was perhaps the result of a change to her usual way of coming at writing a song: “This was one of my more unusual songwriting processes.” Blaazer recalls, “Normally I get an idea and I sit down and have a complete song finished in about ten minutes, but this one was much slower which I think may account for the variation.” 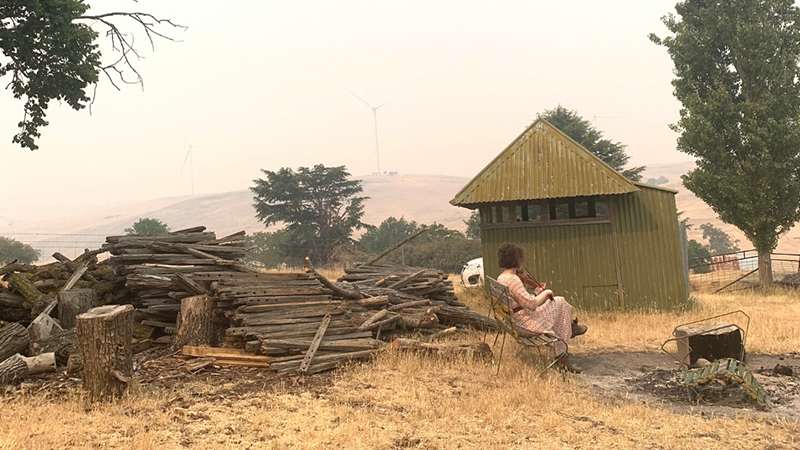 “I had the verses written for months but couldn’t quite find the right chorus, until one night I was hanging out the washing and suddenly I had this whole chorus in my head. I ran inside and got my guitar and played it, initially I thought it was the start of a new song but as I wrote more lyrics, I realised the theme was really connected so I put it all together. So I guess really it’s two songs in one. I was never planning for the sections to be quite as distinct as they turned out, but when I was playing the song to the band before we recorded, they picked up on how I naturally would slow the tempo to make the verse really distinct from the chorus. They wanted to run with that when we did the arrangement, so we ended up making all of the parts really distinct and instrumentally varied.”

“I think because I took such a long time with this one it came from a really authentic place, often I will write a few lyrics which are inspired by specific events and then I find the theme and write to that. Every lyric in this song though is directly inspired by something that has happened in my life. As a result of that I think there’s a lot more emotion in this song than others because I really feel every word when I sing it.”

That authenticity and personal involvement is palpable when listening to the song, in fact it is what ultimately makes the song so engaging. Hedy Blaazer enlisted the assistance of her sister Liliana Blaazer-Grossi when it came to putting the song to film, and the result is a stark lo-fi performance based clip that follows Blaazer and violinist Marcella Tonini through a series of rural locations, each as characteristically Australian as the last. This gorgeously well-preserved homestead could be ripped straight from The Man From Snowy River with its weather-beaten facades and homely appointments. 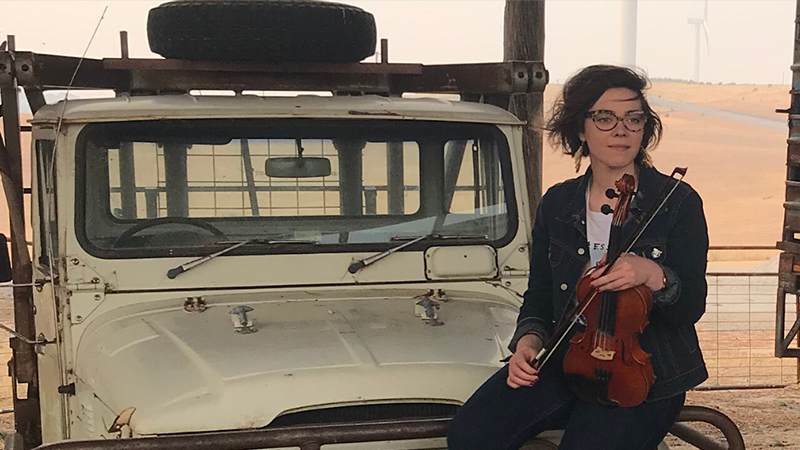 “I had wanted to shoot a video on this location for a really long time,” explains Blaazer, “specifically in the shearer’s quarters (which is where most of the indoor scenes were shot). From the first time I saw the space I have just thought it was perfect for a video and when I shared my thoughts with my sister Liliana she agreed and was really keen to shoot it.”

“We shot this video on a very hot afternoon during the peak of the tragic NSW bushfires. It was very smoky where we were shooting so we would have to quickly get out of the car to shoot a few scenes and then get back into the air-conditioning for some relief. The smoke meant that we drove around a lot more than we were expecting to, but it also gave all of the locations a visual coherence which meant it was possible for us to combine different locations in a way we weren’t expecting.”

The extreme weather events Australia was experiencing at the time really do add a certain potency to these otherwise well-crafted simplistic shots. The handi-cam look footage takes on that aforementioned grit by leaning into the honesty of the format and capitalising on the striking setting. The simple nature of the video also really allows the song to take the viewer’s attention, the engaging visuals very much an accompaniment to the powerful track, rather than fighting for the audience’s notice. 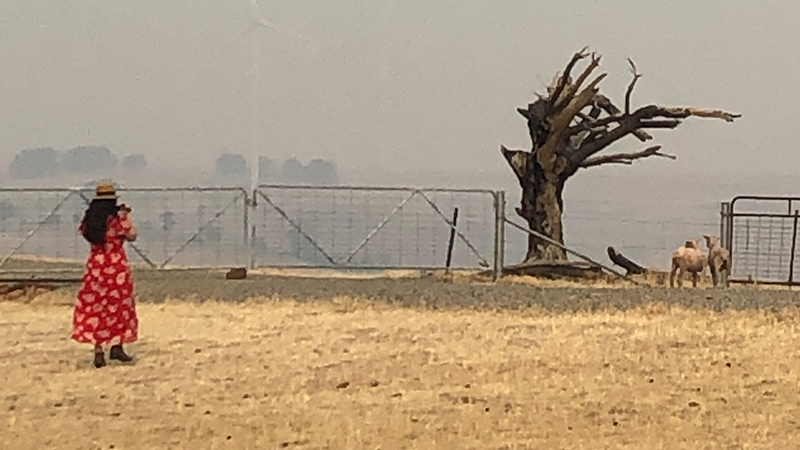 When asked about the format and how it all came together, Blaazer replies: “You’re right to say that a goal of this video was to really let the music make its own impact. Having said that, the footage we got actually ended up being significantly more dramatic than we expected because of the stark landscape and bushfire smoke. At the time we shot this, the location we filmed on was at risk of running out of water, and it was covered in a thick layer of bushfire smoke, so we didn’t feel that we needed to do much to the footage to emphasise the drama of the scenes.”

“The video also really fits into the themes of nostalgia in the song. Lyrics like ‘can you feel nostalgia for a life you never lived?’ and ‘alienation by design, non-working hours spent online’ really come to life when filming in such a historic location, with no phone reception, surrounded by photos of people who I don’t know on fishing trips long gone. There were also lyrics which took on a new meaning on the day, the line ‘every time I go outside I don’t know if it’s gonna be alright’ was never meant to be an environmental statement, but it’s taken on that new meaning now that it’s accompanied by a shot of a wind-turbine surrounded by bushfire smoke.”

“When Liliana was discussing her idea for the video, she described it to me as “kind of like a behind the scenes” so I like to think of it as capturing the songwriting process. I almost picture the video as reflective of me sitting around, experimenting with these very different sections of music, and the music you hear alongside the video is the finished product which came out of that. The video suits the sound because the song isn’t really story driven but rather a collection of thoughts and different events based on a common theme.” 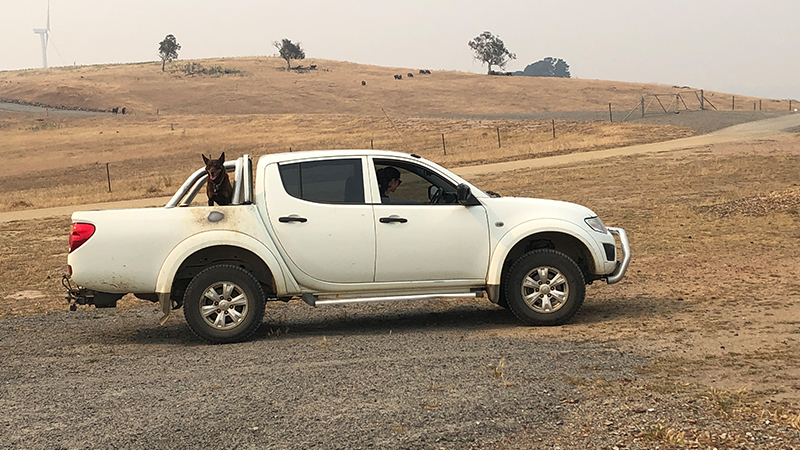 “I also won’t lie that a lot of our initial motivation came down to our budget and ability. We both agreed that if we were going to go the DIY route we didn’t want to try to do anything too complex, and that we really wanted to embrace the home-made feeling. We also really loved the location so we wanted to let that speak.”

Here is the official video for ‘A Happy Song‘