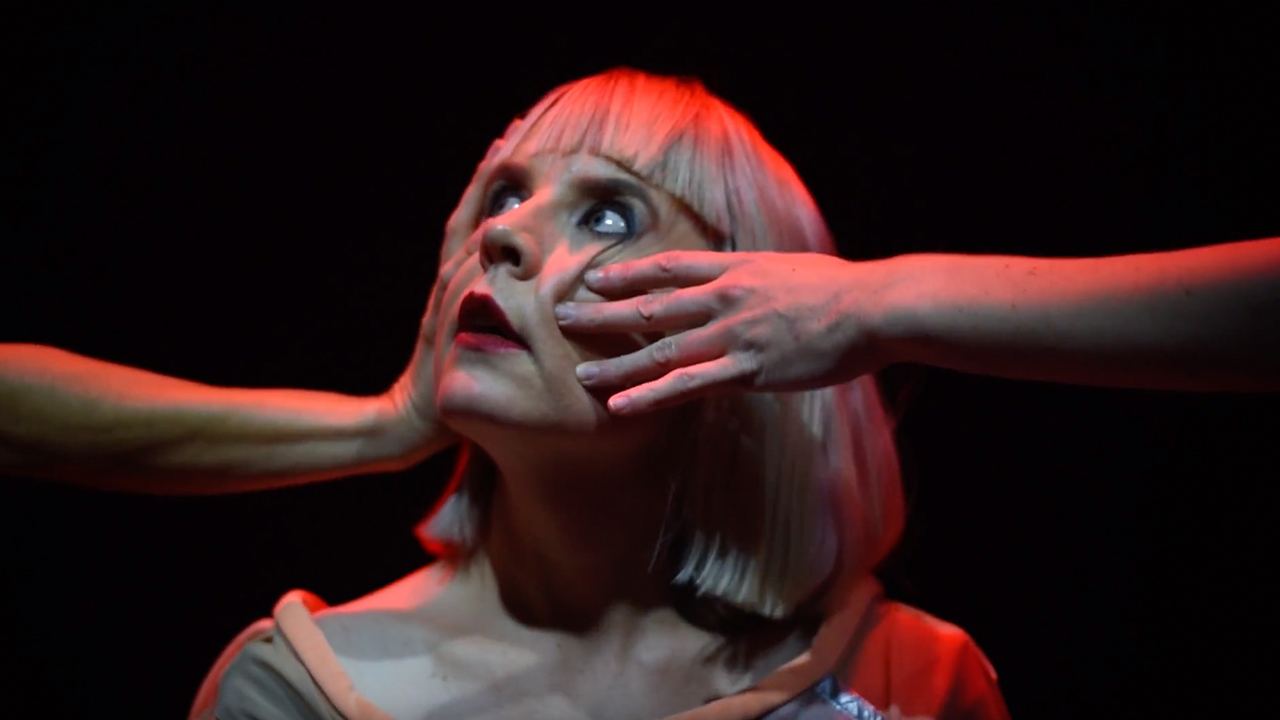 PREMIERE: Pheno – There Are Voices Out There (Dir. Caroline Stacey)

by Anth Webster
0 comments
Theatre by its very definition is a living, breathing, collaborative artform. In many ways, theatre shares core values with music, taking on many forms, encouraging expression and individuality. So when people speak about the theatre of music or how a certain artist is theatrical, they are talking about the coming together of these two disciplines to create something greater than the sum of its parts. 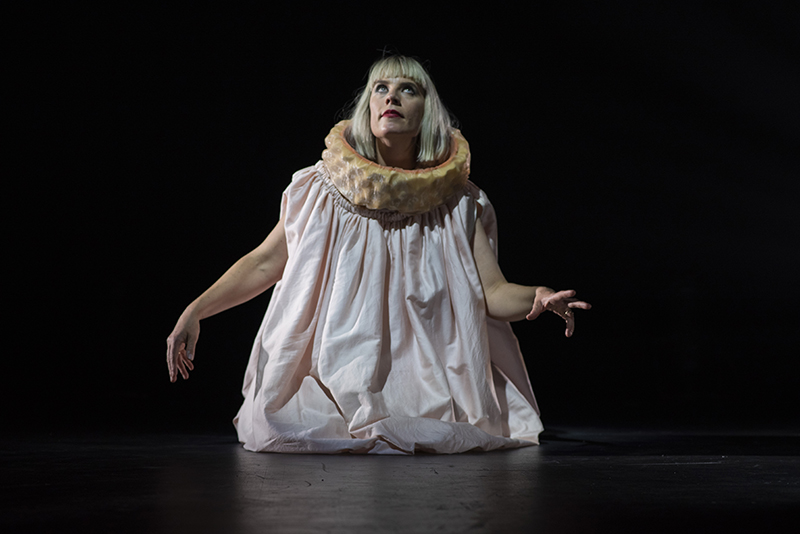 Canberra based art-pop performer Pheno could definitely be described as being a theatrical musician, blending elements of the avant-garde and unorthodox into melodic pop sensibilities to create something that is equal parts Talking Heads, Sia and Oingo Boingo. Knowing that Pheno has this flair for the theatrical, it comes as no surprise to find out that she has enlisted theatre director Caroline Stacey and The Street Theatre company to collaborate on her debut music video for ‘There Are Voices Out There’.

“There was already a strong rapport between Caroline and myself,” recalls Pheno, “and she is really used to teasing out people’s creative ideas, I felt very free in exploring the imagery and aesthetic I wanted to present, whilst feeling like I had a method to curb my madness! Caroline is a seasoned director of theatre, so she knows how to look at story and symbolism and performance and help turn it into a cohesive whole. Generally, the experience of making my first video was a huge learning curve, trying to establish my aesthetic visually was a journey, but also trying to understand some of the technical processes, so that I could make informed and intuitive decisions – that was hard!” 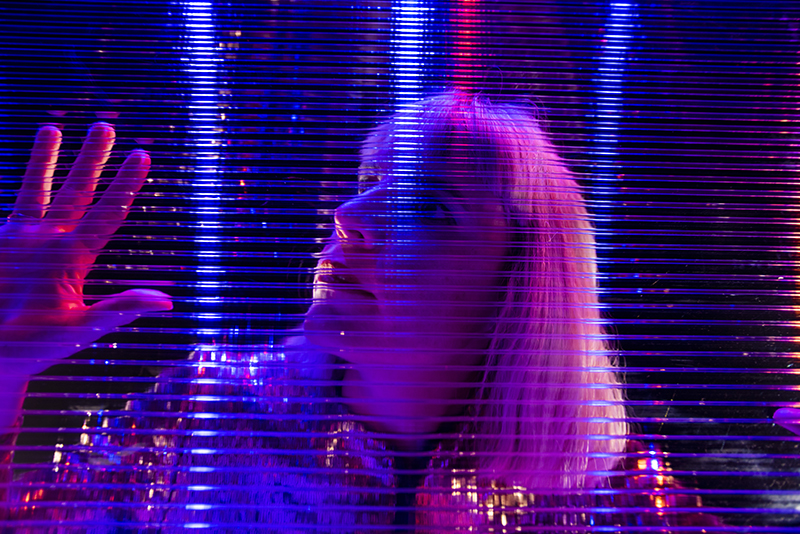 ‘There Are Voices Out There’ is as Pheno herself describes: “Sung from the perspective of a baby in utero”. As such, the video is ultimately a performance piece but is presented with a real focus on symbolism and dramatics, taking that interesting and original POV and translating that into performance. Pheno explains: “I want this video to help build the vision of what Pheno means to me, but also there was intention within the song to present pregnancy in a mysterious / sci-fi kind of way, so I wanted to allow for as many strange and dream-like images as possible.”

Director Caroline Stacey elaborates on the concept process that was shared between she and Pheno: “One of the many questions I asked Jess (Green AKA Pheno) early on in the process was to reference films, musicians, and visual artists or work that had resonance with ‘There Are Voices Out There’. This helped me understand her sensibility and how to build a visual world and the aesthetics of that world for the song. There is also a lot of humour in some of the choices (Pheno is a funny gal) and I didn’t want to lose that slightly irreverent sense of fun and the absurd she has.”

Given that Caroline Stacey’s day-to-day is in directing theatre productions, we asked how she found the process of directing a music video and what skills transferred between the two: “The fundamentals are no different.” Stacey replies, “I needed an understanding of the music created by composer/artist Pheno and then put in place a dramaturgical process to unlock the images, metaphors and performative language of the work and the performance persona of Jess herself. Those decisions were then translated into a storyboard that supported planning, design, costume, space, light, and an aesthetic with Martin Ollman (DOP and editor) bringing his astute eye and creative mind to the filming and editing process.” 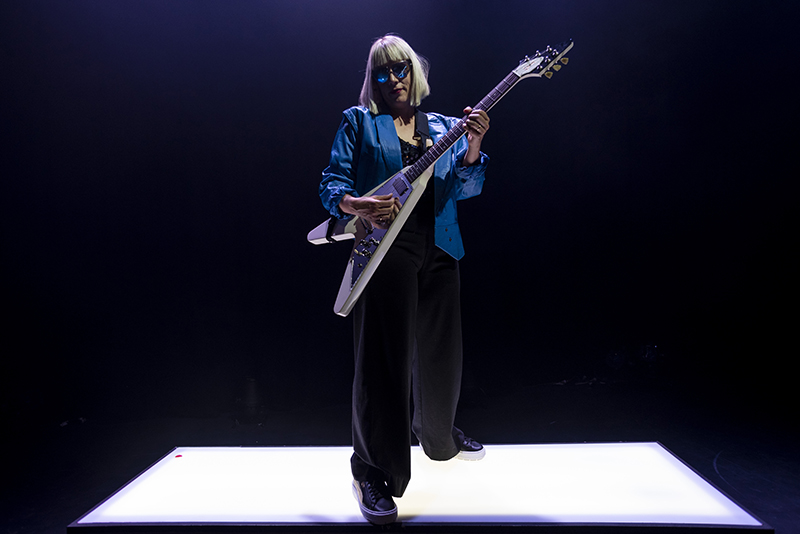 ”The differences were less important however with screen, unlike theatre where you always have to consider the total picture all the time, the challenge is in how each shot is constructed in and of itself and then put together. However, the work I do in theatre, opera, and music is strongly visual so it’s a translation of focus.”

There are certain elements of theatre that the video so creatively and successfully utilise. The venue in which the video is set is this classic black box theatre space that gives a real stage-like drama to the piece, especially with the way that it is predominantly captured from the position of somebody watching a performance. Add to that the use of some really out there costume and wardrobe choices and you can see a lot of those theatrical elements coming together.

“We had a super lean budget” Stacey adds, “so then I started looking at work we had produced at The Street and what might fit in the mix. Designer Imogen Keen and I have created many theatre/opera works together so it was easy to bring Imogen into the project and mine what we had with a few important purchases and adjustments along the way. The theatre itself is a really versatile space and we’ve had a number of Canberra filmmakers and animators make work in it for that reason.” 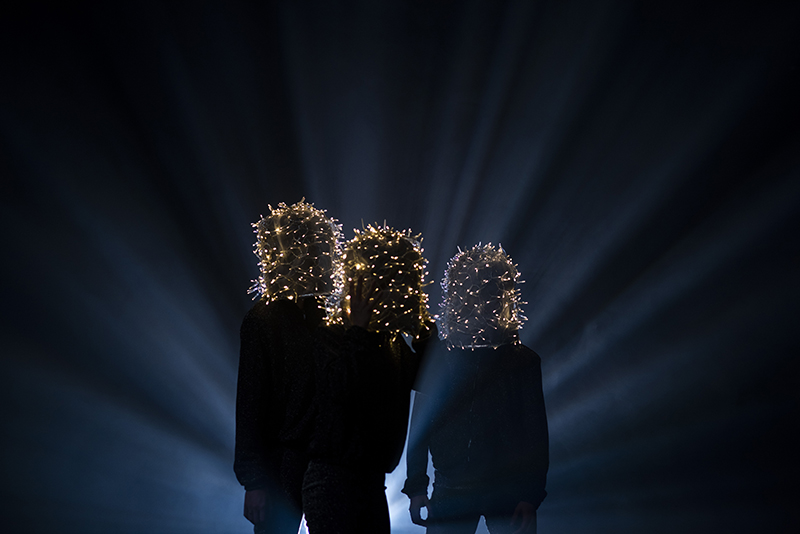 “We literally moved into the theatre for a couple of days and bounced from scene to scene with lighting designer James Tighe carving the lighting looks out of the space as required. We also did a bit of workshopping on the filming day with dancers and Jess and creatives so it was quite fluid. The preparation undertaken gave us a solid core form which to play and when you have an artist like Jess who is able to clearly talk to her music you start from a strong base.”

Pheno also speaks so fondly of the process of styling and production designing the video: “Imogen pulled pieces she thought would suit from The Street’s amazing wardrobe department, and Caroline had the great idea of using the light box to stand on, which had been in a previous theatre show. The dancers’ headpieces were made by Imogen by wrapping Bunnings lights around a fabric headpiece on a skate board helmet! They look amazing, but did mean the dancers ended up dancing blind, which was pretty demanding. The pieces I wore were linked to moments in the song’s storyline, and playing with the idea of me as “the baby in utero” and as narrator, but we wanted it all to be ambiguous, so that the viewer could decide which worlds I was inside and outside.” 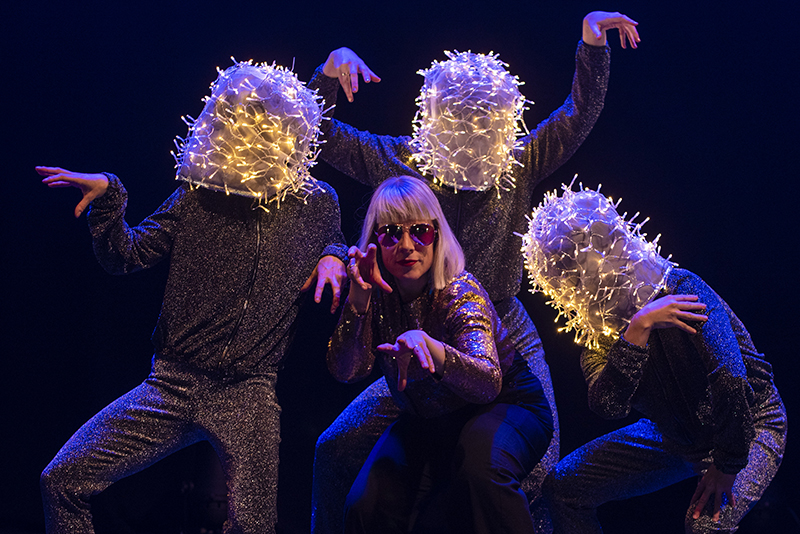 The combination of all of these wonderful elements makes for such an enjoyable piece. It feels like a video that is alive with the joy of its creators, somehow they have bottled the vibes that were bouncing around during this collaborative family-like process and moulded them into pictures for us to imbibe. Director Caroline Stacey sums it up well: “Pheno is an amazing artist and I love working with her. She has composed for theatre productions I’ve directed, she has performed in work, she has performed her own work here at The Street, and this music video was a natural progression of our creative relationship. I enjoy our creative discussions and how we push each other when we work on projects together to get the best possible outcome for the work with the resources we have.”

Here is the official video for ‘There Are Voices Out There‘