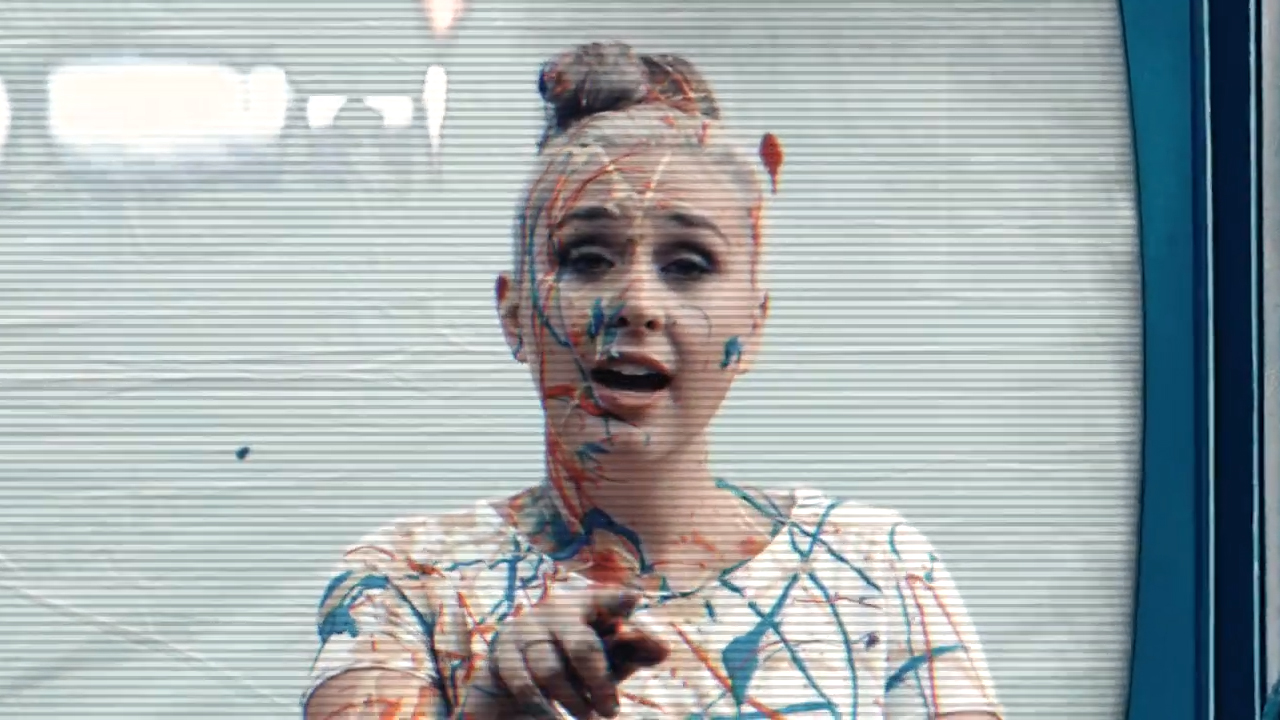 by Anth Webster
0 comments
[dropcaps type=’normal’ font_size=’60’ color=’#ed145b’ background_color=” border_color=”]I[/dropcaps]t must be one of the hardest things for a director to do, to be able to capture the natural spark and energy of a performer like lightning in a bottle and transfer that onto the screen. Where many have succeeded at this, many more have failed, so who would’ve thought the key to making that beautiful thing happen was to just shower the artist in paint?

Jess Spahr – The Art Of Leaving

For Sydney electro-pop artist Jess Spahr, when it came to putting together a video for her song ‘The Art of Leaving’, a track which carries a real determination in it’s lyrics while also showcasing Spahr’s playfulness in delivery, it was important the video did the same: “I think the song, lyrically and also how it is delivered, determines two parts of my personality. I am an insanely determined person (sometimes a bit too much) but I am always up for the fun in life, always love to turn a frown upside down. Haha! When writing the song there were lots of laughs, since most people think the song is about love, but it isn’t! It is just about situations that are so frustrating in life, you simply say bye bye to the stress of them – It’s the Art of Leaving. It was super important to capture the playful side, it evokes determination in people and also not to sweat the small stuff in life.”

The song has this wonderful bounce to it. The bass line and snappy mid-tempo beat have a hint of 90s pop about them, while Spahr’s assured vocals center the track wonderfully amidst an eclectic balance of synth tones. ‘The Art Of Leaving’’s video, directed by accomplished Sydney filmmaker Joel Bryant, takes a very simple concept and executes it wonderfully. Shots of Spahr performing against a white drop sheet backdrop are beamed around the world on televisions, billboards, computers, pretty much anything with a screen is graced with her presence.

Jess Spahr – The Art Of Leaving

When asked about the choice to add this element of grandeur to the video, Bryant replies: “The idea behind the different screen locations came from a want to show the places a music video as such would be seen by society. Showing the video enclosed in screens around the globe helps to demonstrate the spread and exposure music videos have and also how they can be seen and experienced. All backgrounds were sourced from stock footage / photos, with the importance of clips such as the screen in a moving city to convey the society we live in.”

While this approach certainly gives the viewer something different to enjoy about this lo-fi performance piece, the true heart of the video comes in Jess Spahr’s amazingly endearing performance, trying to deliver her song while drips of multi-coloured paint are rained down on her. It’s such a simple mechanic that adds so much joy to the video. “Filming the paint scene was a blast.” Explains Bryant, “It involved just Jess and I, as I set up a tripod and hit record only once. Then I had Jess sing the song a few times through, each time whilst I flicked paint from just behind the camera. We filmed it in a small alleyway next to a couple of local shops, but luckily it was quiet enough to not have anyone walk through the frame for the duration of the shoot!” 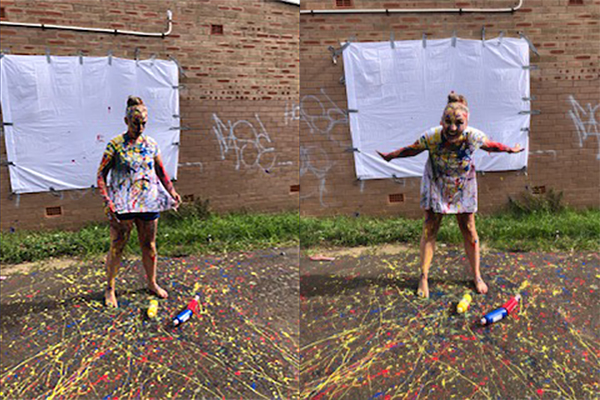 Jess Spahr – The Art Of Leaving (Behind The Scenes)

The viewer can’t help but be delighted by this aspect of the video, especially in the later stages where the paint covers more and more of Jess and the struggle to maintain her performance becomes harder and harder. The moment towards the end where a slosh of paint douses her mouth and teeth in blue, causing her to completely break into laughter, is particularly charming. When asked about the whole experience, Jess Spahr replies: “I loved it, it is like a childhood dream! Bahaha! You know when Mum says you can’t get paint on yourself when you are little – That rule was out the door! I had paint everywhere, could not have asked for more paint. It was everywhere, so much so I ingested it. Lucky it was kid paint!”

Here is the official video for ‘The Art Of Leaving’