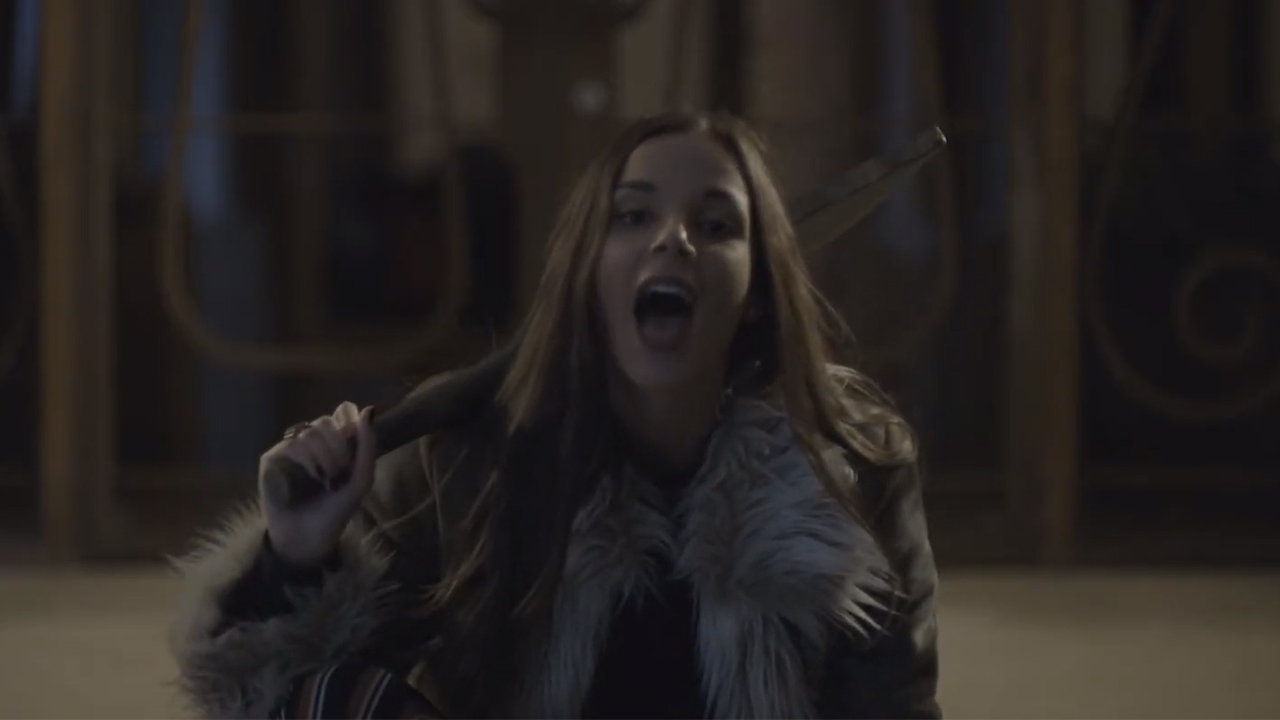 by Anth Webster
0 comments
[dropcaps type=’normal’ font_size=’60’ color=’#ed145b’ background_color=” border_color=”]I[/dropcaps]t always feels like such a treat to come across an artist or band that harks back to a much-loved bygone era of music without being completely derivative, and that is certainly the case with Melbourne band Zenith Moon. On their latest single ‘Going Under’, Zenith Moon conjure vibes of that awesome explosion of blues-influenced guitar-based rock that happened in the late 60s and early 70’s, referencing artists like Cream, Led Zeppelin and Peter Frampton, but delivering it with the power of modern production and a very welcome pop sensibility.

When asked about how ‘Going Under’ came to be, the band replies: “Our songwriting process is fairly simple, though it’s a little less organic and ‘in the room’ as other bands would be. The basic flow of our writing is this: Kahli will jam at a piano by herself until she comes up with something she’s happy with (we call her the hook machine), then she’ll bring it to the guys – whereupon we’ll flesh the idea into a rough scaffold of a song. From there, basically we record our rough ideas straight into a DAW and shape it up from there. Only when the song is basically finished do we actually get into a room and play it with our session musicians.”

The song struts along with verses built on tasteful noodling and a driving precise bass and drum combination, but it is in the choruses where the song comes to passionate firey life. Soaring guitars and Grace Kelly-esque wailing backing vocals absolutely light up the track, lead by the impeccable vocals of Zenith Moon’s frontperson Kahli Rose. Rose’s confident swaggering vocals hit fever pitch with a Robert Plant-like belting wail that is the centrepiece of the song’s chorus. Given Rose’s inherent presence, it’s fairly easy to see where director Kiralee Greenhalgh found her inspiration for the song’s video.

“The concept for the video started with the band letting me know they wanted a clip of them “breaking stuff”, and also telling me the story behind the clip, which is, simplified, the emotional journey of someone hitting boiling point with a toxic individual. The lyrics also suggest a bit of a revenge plot, and so I started looking into ideas where the band could be a menacing, intimidating presence without bringing in violence. I wanted to add more dramatic visuals in to build with the song as well, so there is a vague narrative happening complimented with what I think are some pretty cool set pieces.”

In ‘Going Under’, we meet Zenith Moon as they arrive at an upper-class house to enact some vigilante justice, berating the occupant through the peephole, smashing up some hood ornaments and eventually taking a chainsaw to their car. There is real gravity in the way this narrative is delivered, taking what is more or less a low key personal revenge vandalism plot, but giving it the feel of something Tarantino or Fargo-esque in execution. Zenith Moon feel like a crime drama gang; Rose is the intense and unpredictable leader, while guitarist Matthew Burrows and drummer Andie Zarins are her ultra-violent out of control henchman. Greenhalgh cites Once Upon A Time In Hollywood’s home invasion crescendo scene as a key reference, “especially in regards to lighting and performance.”

That reference can definitely be felt in the aesthetic of the video. It is present in Rose’s awesome 70’s inspired outfit of a fur-trimmed knee-length coat over some bold-striped pants, and also in the general colour grade and lighting of the clip, built on muted browns and greys while using gloomy shadow to create depth. Greenhalgh elaborates: “I think the colours for me were more about the tone of the track and consequently the video. It’s a slow burn, and it’s grungy and menacing. The muted colours help with this. They situate the video at night, and ensure that the band doesn’t stand out too much from their surroundings, which I think makes them all the more intimidating. This is accentuated by the lighting, which spotlights the action without adding too much contrast, which I think having bright colours would take away from. I also really wanted the coloured smoke to stand out as a highlight, so everything else had to be quite dark/drab to ensure this could happen.”

The destruction scenes that Greenhalgh alludes to above are a real focal point of the mid-section of the video. From Burrows and Zarins rough-housing around a fire barrel to Rose screaming in maniac glee as she chainsaws an expensive car, to some great slow-motion shots of garden gnomes and other paraphernalia being obliterated by golf clubs. Greenhalgh takes us into the nitty gritty of making these shots sing: “My friend Dave McKinnar shot this clip, and he has an amazing camera that can shoot spectacular slow motion in low light, so technically speaking I didn’t have to go crazy trying to make this work.”

“For the smashing of the vase, plant and garden gnomes, we only had one of each item so it was literally a case of talking the band through the action, and hoping for the best. I knew how I wanted it to cut together and I put my faith in Dave and his skill to make it work in the moment, since he knew how close he could get to the action with his camera! It was fun to film, but on reflection it was crazy that we didn’t bring back-ups. The video had quite a quick turn-around, so leading up to the shoot I literally just went shopping and looked out for objects that could be smashed and that might also be found in a garden, and really glad they all looked as cool as they did when being broken! Otherwise, prior to the shoot, a lot of consideration went into how it would all get cut together meaning a lot of the practicalities could be figured out on the day.”

The video makes for a really fun cinematic and dramatic introduction to the band, giving viewers a glimpse of the band’s character and charisma, that feels so natural against this absolute rager of a track. It must be such a relief for a director to get to work with a band that is able to to put on such an effortlessly engaging performance on screen. When asked about how the video’s representation of them in these crime gang archetype roles matched up to their real dynamic as a band, Zenith Moon reply: “It actually couldn’t be further from the truth.”

“Our dynamic is this: Kahli sees herself as a ‘Mumma Bear’ (her words) who looks after everyone through food and good times (that being said, like any Greek Mum don’t get on her bad side…). Andie is like the Dad who is sternly steering the car while in a mad discourse with Mum about whether or not we reeaallly need that interlude between verse 1 and 2. Matt is just the chill Pisces kid in the back that just wants everyone to just chill a bit so he can play guitar, dishing out the voice of calm and reason when it’s most needed.”

Here is the official video for ‘Going Under’