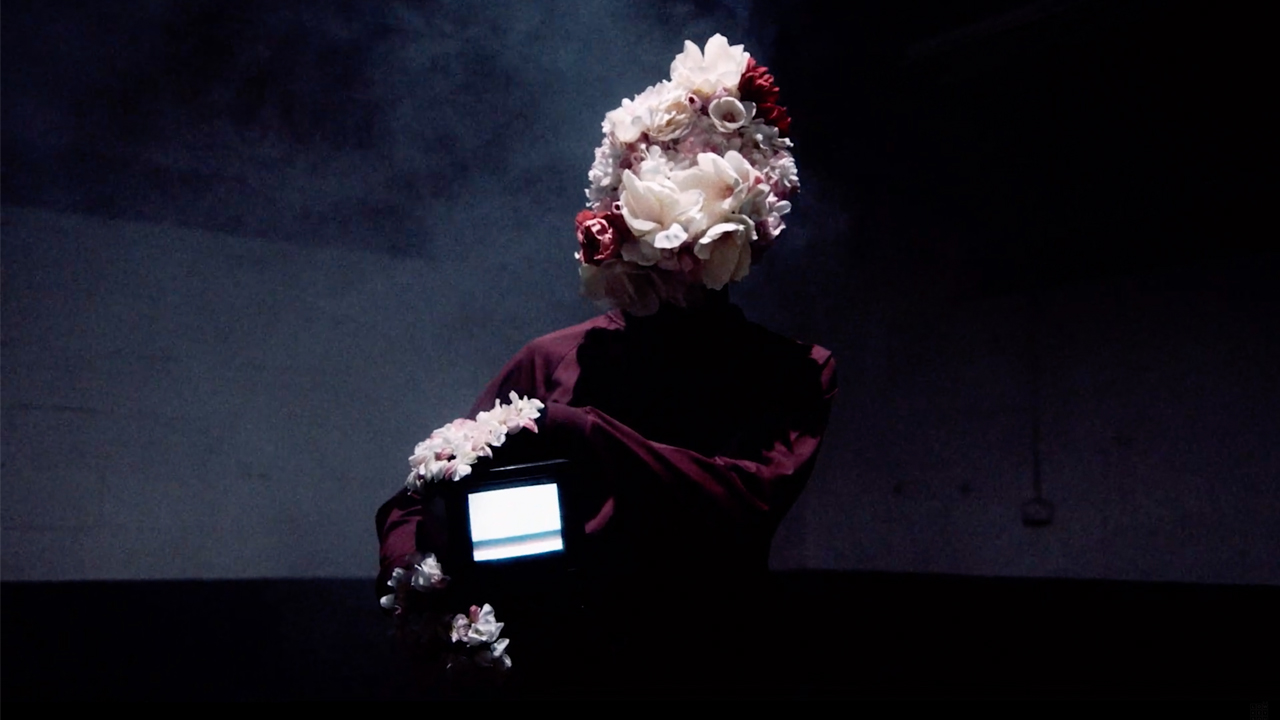 he new music video from Kase Avila explores the merging of the natural with a technologically accelerated world. The song behind the clip is ‘Magic Birds’, a hyperactive, futuristic hip hop beat that contains a rich tapestry of samples and sounds, which evokes Bjork at times and Hudson Mohawk at others. The elements which collide are immediate and immersive and create a shimmering, energised soundscape. Avila describes the creative process:

“I really wanted to make a track with this whole idea of ‘what would it sound like if Bjork made a hip hop beat. I didn’t want to steer too far and get too contemporary with the sounds, and also wanted to have a driving drum beat to get people a sense of familiarity of just a boom bap track. I used a pretty prominent bass line and in contrast some arpeggios of some sparkly synths to match the chords and vocal chops. What came out was something energetic and upbeat that I was pleasantly surprised with.” 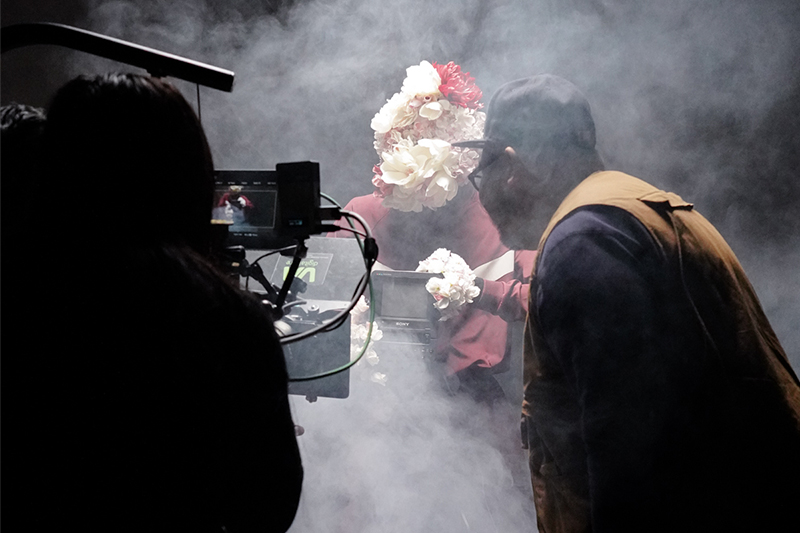 The video predominantly focuses on a dancer performing on a blacked-out stage, wearing a costume which looks part Pipilotti Rist flower sculpture, part Cronenburg monster – an altogether beautiful image. The outfit, which involves a tracksuit with an upper torso and head covered in flowers, was well made by the artist’s cousins Ann Sorono, Geordi Avila and wife Marika Sivertsen. Talking about the video’s concept and origin of the costume, director Adam Dionisio said:

“[Avila] sent me a message one night saying that he wanted to create this ‘Flower Man’ costume for the music video. He had been following an account on Instagram called False Face and apparently got super inspired. He sent me a message about this on like a Monday and by Friday the mask had already been created. The mask was made from a Dim Sim steamer and some flowers from IKEA.” 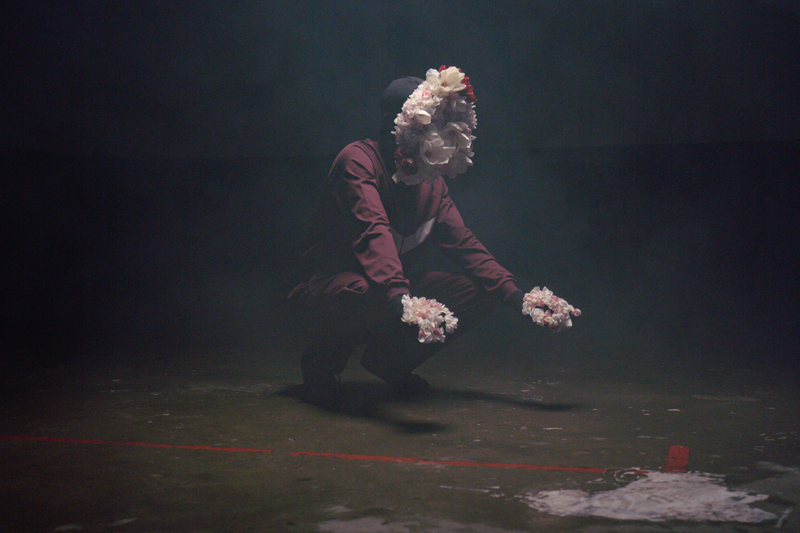 However the clip develops further with lasers, strobe lighting and smoke, combining to create a psychedelic visual feast, which is further amplified to hallucinatory levels by glitchy VFX and a camera continuously chasing the ‘magic’. The digital effects in particular were heavily steered towards ‘replicating distortion’ and in turn gave a mixed analogue looking ‘life to the flowers on the mask’. How the team managed to execute all these aspects in synergy and under time constraints, was not only impressive but achieved with a well rounded cohesive aesthetic.

Naturally with the sheer volume of elements on display, Dionisio had to take care that everything was used in moderation, “With so many elements happening within the concept and performance, balancing all this in Post was definitely the major factor in pacing and unfolding of the visuals. We broke up the song into sections and gave each section a feeling of its own, we wanted to pacing to feel chaotic, yet mesmerizing enough that you couldn’t look away.” This ensured the audience was consistently engaged on this journey as the visuals continued to evolve. 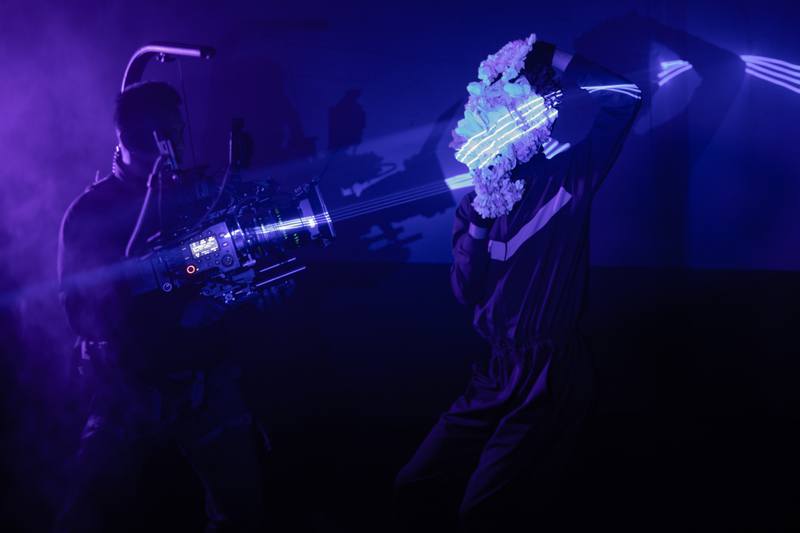 Adam shed some light on the moody camera approach for Magic Birds “It was shot on a Sony Venice with Arri Ultra Primes, which provided a full sensor to work with – ‘some heavy artillery’ Dionisio remarks. The rig was chosen knowing that it would need to capture rapidly changing light effects whilst maintaining the clarity of the performer in a lowlight environment, and the cinema camera did not disappoint.”

This electric performance by Neven Connelly was orchestrated with the synths, drums and samples so well, feeling robotic and seemingly human in tandem. While it’s obvious with most choreography there still remains room for synchronicity or experimentation in the edit, a wholistic part of this spectacle was made possible through the process in capturing the images themselves. To anyone interested in filming choreographed dance, Dionisio recommends that the biggest challenge is learning to anticipate a dancer’s choreography and movements through getting a sense of the in-frame action. He further emphasises the importance of “allowing yourself to express what you feel and hear with the music and merging that with the dancers’ movements in the moment opens up a different realm of creativity. Always try to think outside the box when filming dance as there’s so many details that you can easily miss.” 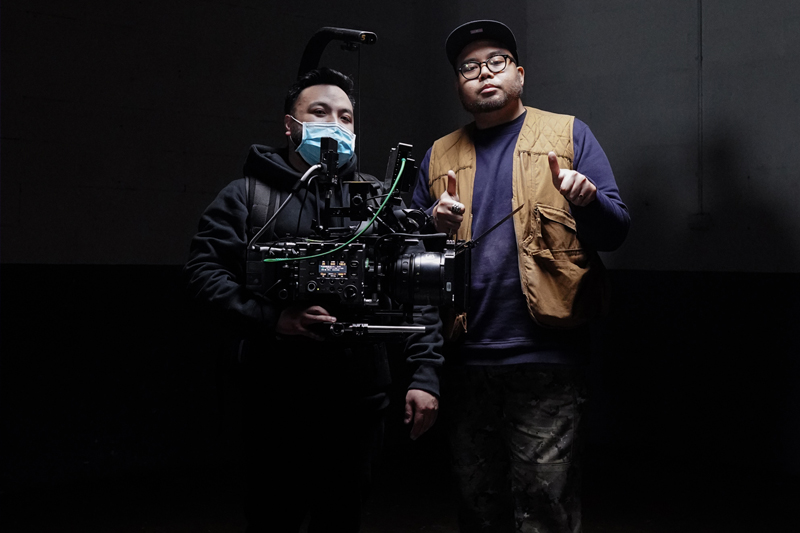 The clip is worth watching for its high-tech visual splendour and innovative mix of surrealistic effects. As the video unfolds you are swallowed into a digital miasma, yet somewhat called back to reality by the porous, natural quality of its floral elements. You can find light in the fact that despite smoke and mirrors the creature is able to own his surroundings in the end, dancing and willing its way into control. Avila recognizes the talent that he was able to bring together on the clip:

“This music video is the perfect example of exploring collaboration and just absolutely going wild and taking concepts to its limits. I want to give a big shout out to Adam and his team Redscope Films, the team Sony Australia and my label Low Key Source also – I’m super fortunate to have the backing of those guys. I always have crazy ideas without even knowing how we are going to do it, and Adam just seems to turn it into reality.”

Here is the official video for ‘Magic Birds’