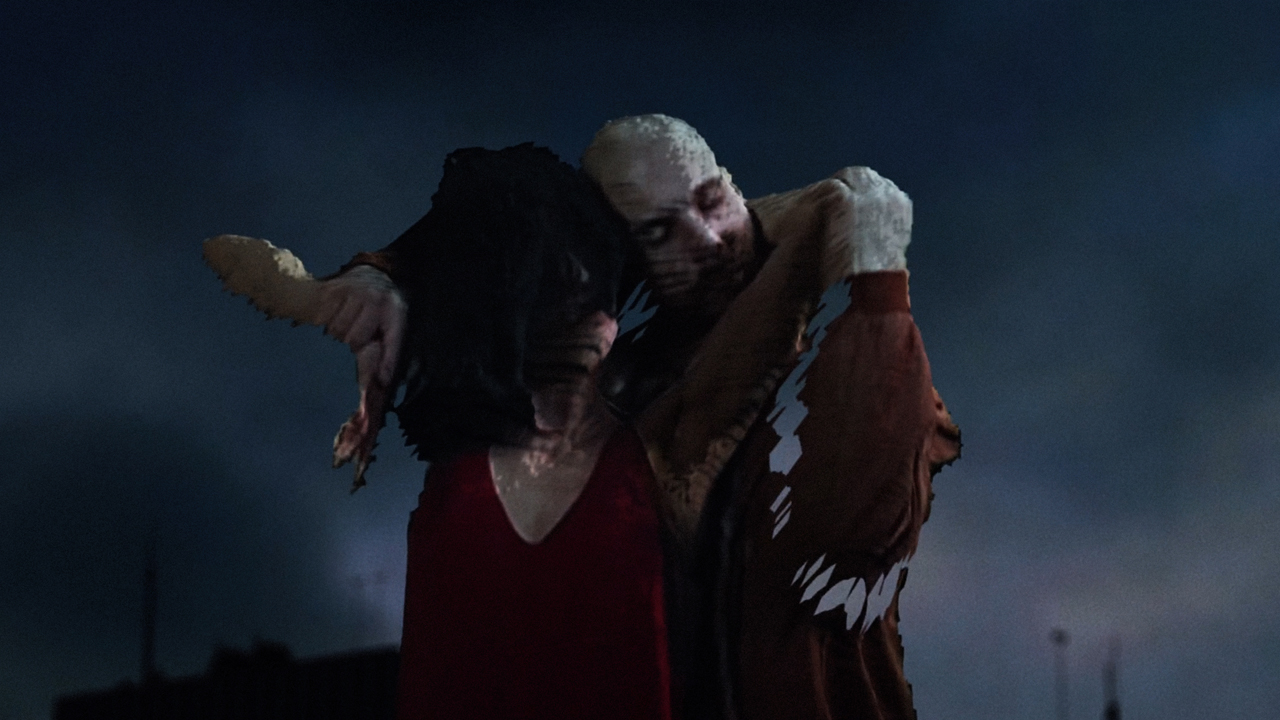 loating through an empty city drenched in a perpetual night we land in a holographic room, a blueprint of a memory whose recognisable features have faded into mundanity. Two distorted figures; a man and a woman, sit on seperate sides of the room. They appear to have something to say to each other, but do not seem to know what to say. Or perhaps there is nothing that can be said. So instead they speak to each other, and to us, with their bodies in an intricate, beautiful dance. 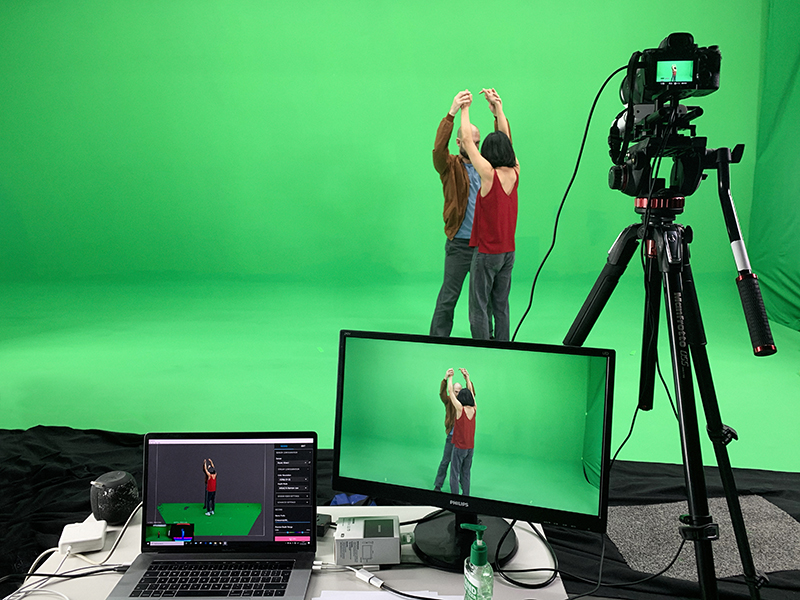 The music video for “Nervous” by So So Sun follows a recognisable story: a failing relationship, the turmoil of seeing someone you both love and once loved slipping away. The track provides a wonderfully dramatic backdrop: dreamy, digital soundscapes underline a powerful swaying beat. It is the atmosphere of gazing at the stars on an intergalactic tug-boat while reminiscing about a long-lost love: dramatic, emotional, but eventually cathartic and soothing.

The entirely motion-capture animated video expresses this atmosphere by placing a great emphasis on space, and the relationship between confinement and freedom; Themes which are more than relevant in the midst of a pandemic. Director Tim Main writes:

“When I started doing the video we were still in lockdown and some of the imagery definitely reflects a state of isolation and how it might feel to be a couple within that environment. I kept the apartment faceless as I felt like this was a space that had become so familiar to the couple that it had lost all character to them. The city is dark and empty as it was a growth from that idea. There are elements of impending danger throughout, I tried to bring these in when our female character began to show a sense of freedom as a metaphor for how she keeps being pulled back into the same chain of thought about the relationship breakdown.” 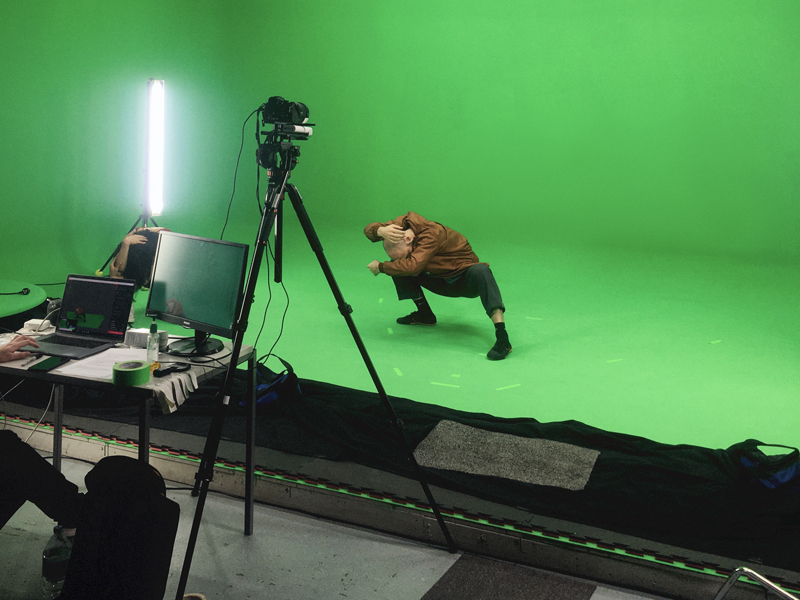 This concept of repetition, and the cyclical nature of a failing relationship is beautifully expressed through the choreography by Charmene Yap and Cas Eipper. Interestingly, Yap and Eipper are a real-life couple who were getting married at the time of filming.

“For the choreography, I talked with Charmene and Cass about creating something that showed the push and pull of being unsure whether to leave or stay with someone and the relationship breakdown. There are motifs throughout that both dancers repeat as the intention was to show this as a cycle they can’t seem to break. The dance also was intended to show a sense of them both reminiscing through memories of good times they shared, mostly in the part where they leave the city and fly upwards. This was important to me to help show lightness and how through reminding themselves of the good times they have the space to move forward.” 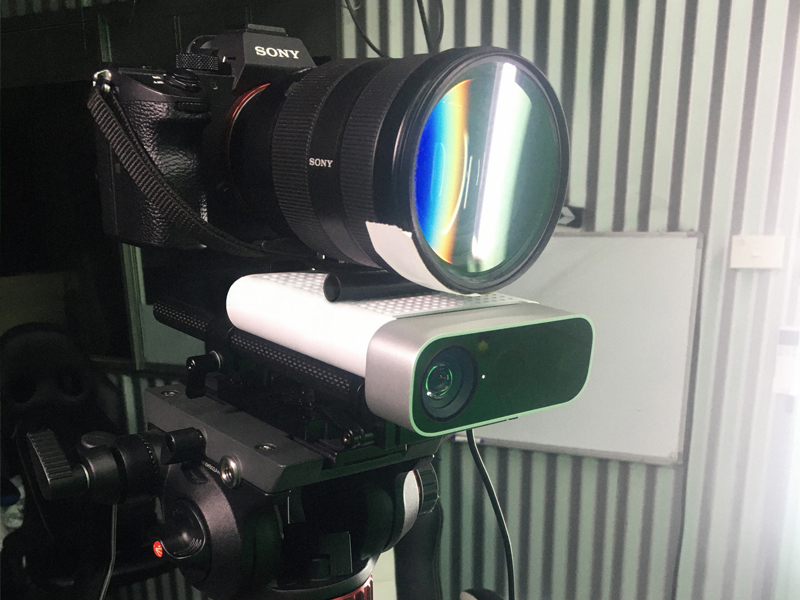 The video was shot on two cameras: a Sony A7iii, and Azure Kinect, a 3D camera which captures both video and depth-data simultaneously. If the name ‘Kinect’ sounds familiar, it is because the camera utilises a beefed-up version of the Xbox Kinect’s sensor. Interestingly, the ‘distorted hologram’ look of the performers was achieved based on the practicality of utilising this camera:

“I originally had intended to process the data to become more abstracted but the more I did that the more I felt the emotion and some of the performance became hidden so I decided to keep it quite straight. The camera does record 4k video but the depth data is not even HD so the result is a hybrid of both. I had used an older Kinect before but the Azure seemed pretty superior in terms of quality but still gives the quite lo-fi look.” 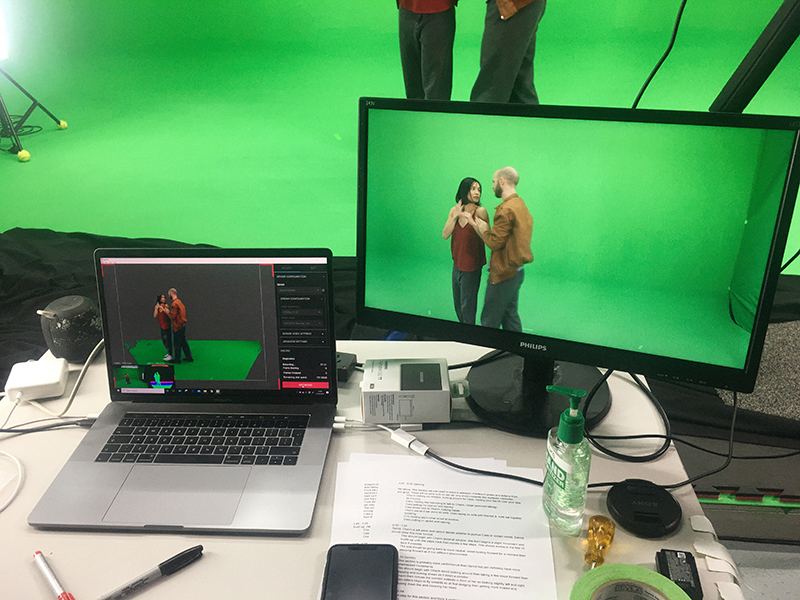 The video took around 3 months to make in total. Aside from having to wait for the 3D camera to arrive from the UK, pre-production was fairly short and production even shorter. Main worked with a minuscule covid-safe crew consisting of himself, dancers Yap and Eipper, and Main’s wife Afton Radojicic helping with makeup, hair and playback. The crew managed to record the clip in less than a day. However it was post-production that proved to be the biggest challenge for Main.

“Getting the data processed from the cameras and into a viewable form in a program that I could then combine with an environment was the hardest part and took me a few weeks to fully solve. I had intended to use Unreal Engine and I think I could have made it work eventually but the amount of detail in the raw scans made it difficult to import into the Engine without lowering the polycount a fair amount and making the scans look much lower resolution. This made me go back to something I was more familiar with which was After Effects and Element 3D, with Depth Kit to process the data. I haven’t really done much 3D at all so it was a pretty user-friendly way for me to work and helped me get to grips with things pretty quickly. I did build some 3D elements myself but I used lots of prebuilt assets which was a big help”.

For such a small production, Main and his crew have managed to create a unique, and intriguing visual style which complements a simple but emotional story told through dance. The music video to “Nervous” by So So sun, is a kaleidoscopic meditation on the turmoil of a relationship; dramatic, beautiful and poetic.

Here is the official video for ‘Nervous’