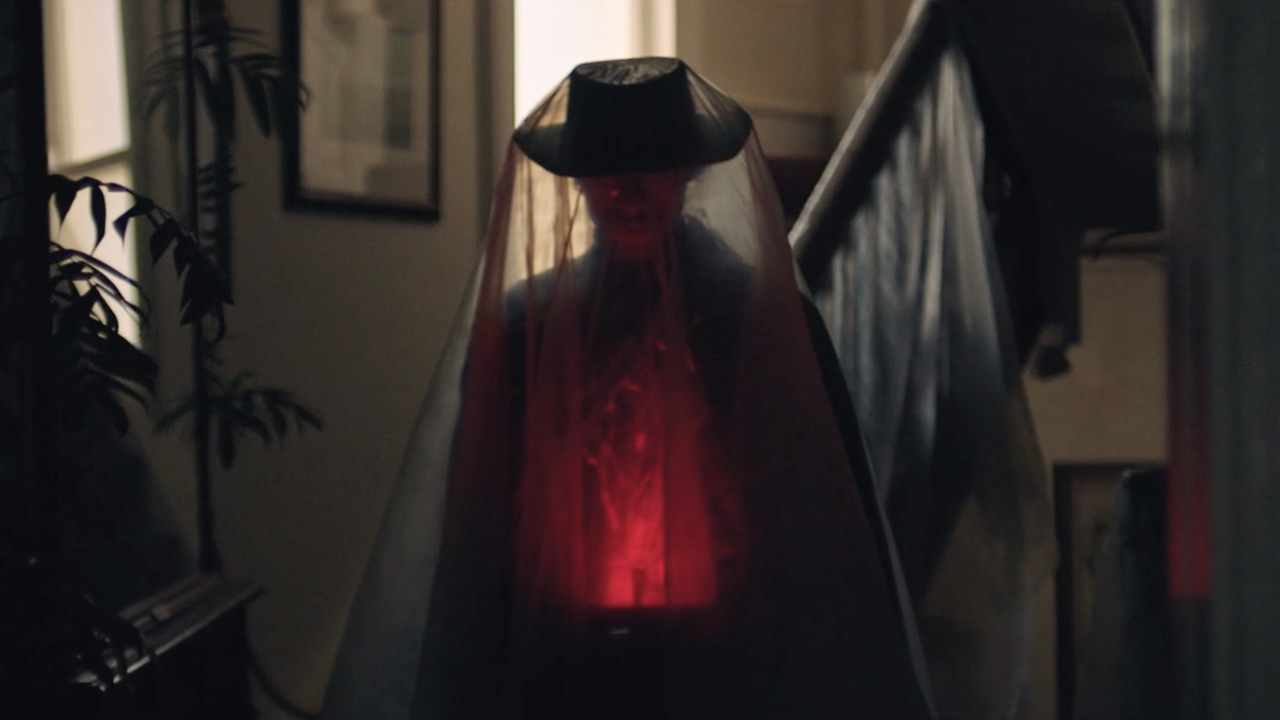 Veteran music video director and Steve front man Josh Logue brings us a sleek new two-part music video for two of the band’s tracks; The Highest Note and Eric and the Castle. Both songs are from Steve’s new EP ‘Fantasy Hair’ out Friday August 21st. Taking advantage of spaces left empty by lockdown restrictions, this video overcomes its simplicity and evokes a timeless western aesthetic. A lone shrink-wrapped cowboy explores and dances through the rustic halls, accompanied only by billowing sheets and coloured flashing lights. The cowboy is played by the band’s guitarist, Otto Wicks-Green who Josh describes as “…realistically the only one in the band Steve that would dance on camera”

Josh freely admits to only having a shoestring budget for the clip, reveling in the opportunity to experiment with the crew.

“The crew made this the video it is. I’ve made hundreds of pretentious major label bullshit music videos for other artists. This was my first MV for my own band. I really enjoyed crafting it without the committee of marketing experts.” 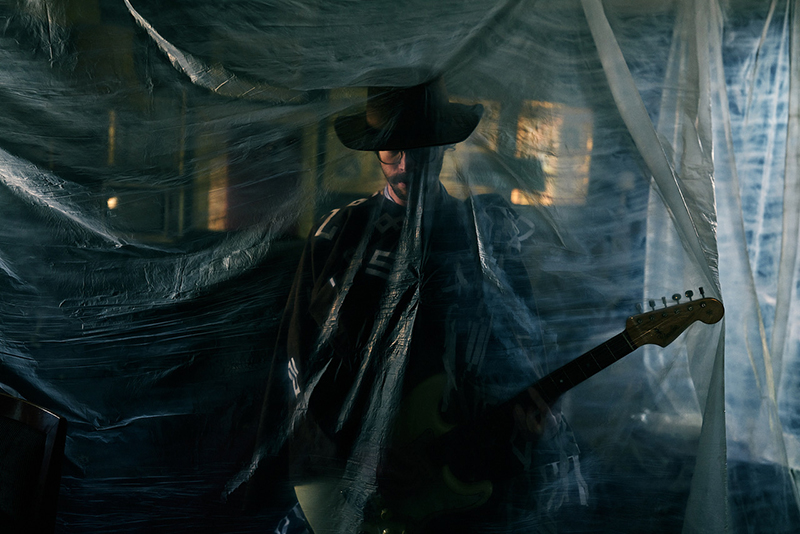 Having produced music clips for dozens of big names (among them Birds of Tokyo, Daniel Johns and Empire of the Sun), Josh’s impulse is to defy convention and focus on the playful aspects of the production.

“The whole music video was completely improvised. I always have a rough plan regarding tone, but I prefer improvisation than pre-meditated bullshit. Having made so many rubbish major label music videos where every detail is worked on, I’ve moved away from that lazy spoon fed, mainstream process. The thrill comes from having a rough idea/concept and just jumping in and making it. That’s the drug. If it fails, whatever, if it succeeds then great. It’s my money… all $100 of the budget.”

The video was shot at The Lord Dudley in New South Wales, a pub that Josh was familiar with which had closed its doors due to the state’s Covid lockdown measures. The pub provided the perfect intimate, private and aesthetic space perfect for what Josh had in mind, and his crew were able to set dress easily.

“The pub is full of charm with lots of great open areas. It also has a grand piano. Everything was there…the only stuff we brought in was the silly props like the crumpets and skateboard and the plastic sheets.” 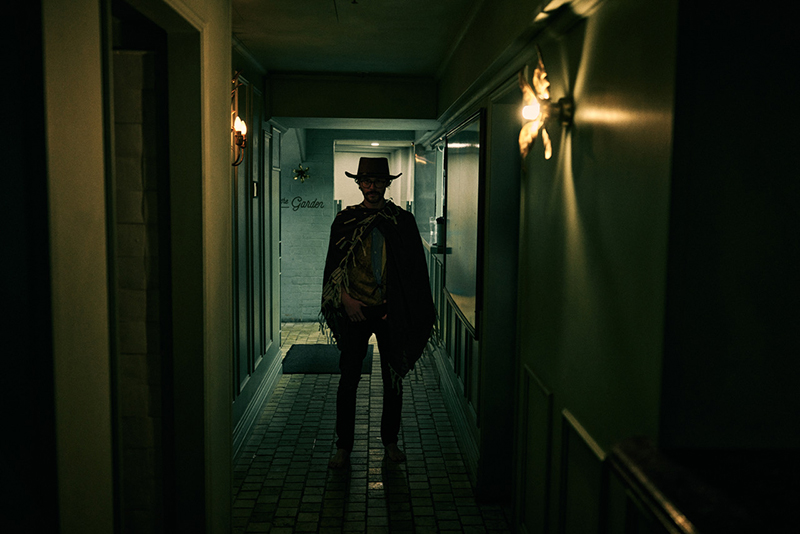 With 25 dollars of production design budget to spend, Art Director Kylee Burgess covered almost every surface in shot (including the protagonist cowboy) in thin translucent sheets of plastic. Combining these with a cheap leaf blower found on the pub’s second floor created a soft flowing motion in many of the scenes. Lighting stands and clamps supporting the sheets dip into frame in a handful of the shots, indicative of Josh’s love for music videos that hint at the inner workings of the set and remind the audience that there’s a world behind the camera. The various props that drift into shot, a skateboard on a pile of crumpets, a trail of eggs and a bowl of fruit, were picked more or less at random for Josh’s amusement.

Midway through the video a sequence from the 1974 Mexican-American action flick Bring Me The Head Of Alfredo Garcia plays on a flickering TV, transitioning from first track The Highest Note to second track Eric and the Castle. A longtime fan of the neo-western, Josh loves the tonal links between Alfredo Garcia and The Highest Note, deciding it was the perfect film to sample and use as a bridge between the two songs.

“I thought I may never get to make a music video again so I’d slam a second song on the end. The awesome band Guided by Voices did this years ago with their ‘Auditorium / Motor Away’ music video using the same central character.” 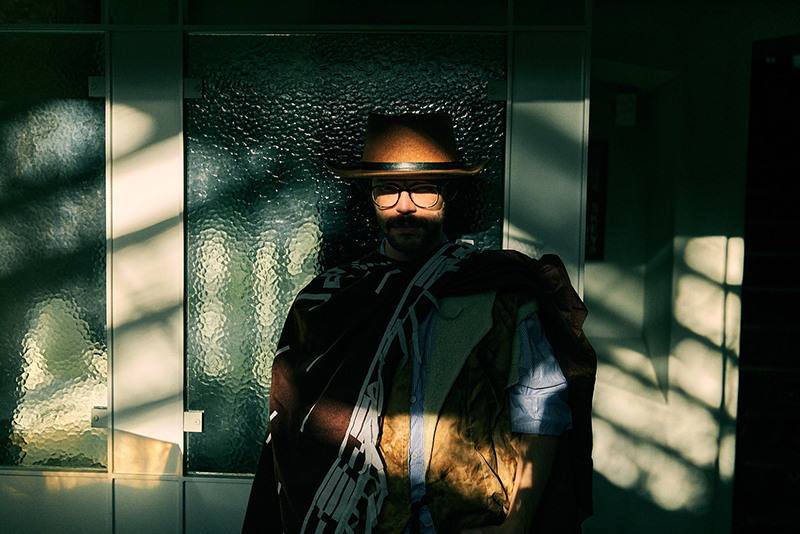 With no budget to hire equipment, and most of the rental houses closed, the video was shot with whatever camera and lighting gear the crew had on hand. An ARRI-LF (a camera model that Josh remarks “everyone in the world uses”) was mounted to a Steadicam for many of the shots and DP Simon Ozolins worked with stock lenses. Lighting was mostly natural sunlight streaming through the windows in conjunction with a phone-operated light brick to throw colour on Otto during key moments of the song.

“I like stupid shit” claims Josh when asked about any of the creative choices in the clip, from the dancing cowboy to the random assortment of props and unrelated Spanish subtitles that appear under the video. So long as an element is entertaining and achievable, it is in consideration for inclusion. Equally amusing for Josh is the interpretations put on his work by others:

“Having written the music and then directed the music video I can say I have no, and have never had any, personal interpretation of anything I make. I just make and then it is. Any rationale comes in post after I forget about it then start to think about how I was feeling when I made it. Other people like to add their rationales… that’s great. Meaningless, but great.” 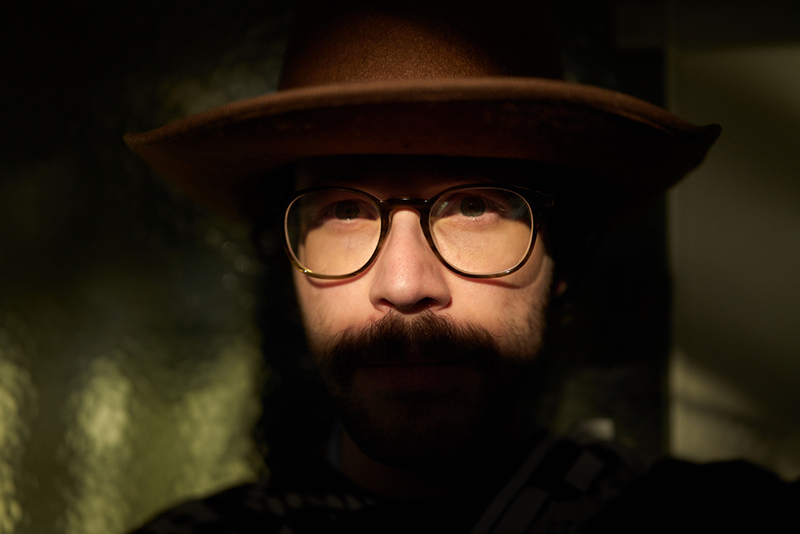 The current media climate has killed a lot of larger music video production, leaving many directors with the free time and resources to create work that’s more intimate and personally fulfilling. Steve’s new music video for Highest Note and Eric and the Castle reminds us that we can always try to make the best of the situations we end up in, and to not be afraid to inject a little fun into our work. Remember to follow the band and look out for their new EP ‘Fantasy Hair’ out Friday August 21st.

Here is the official video for ‘The Highest Note‘