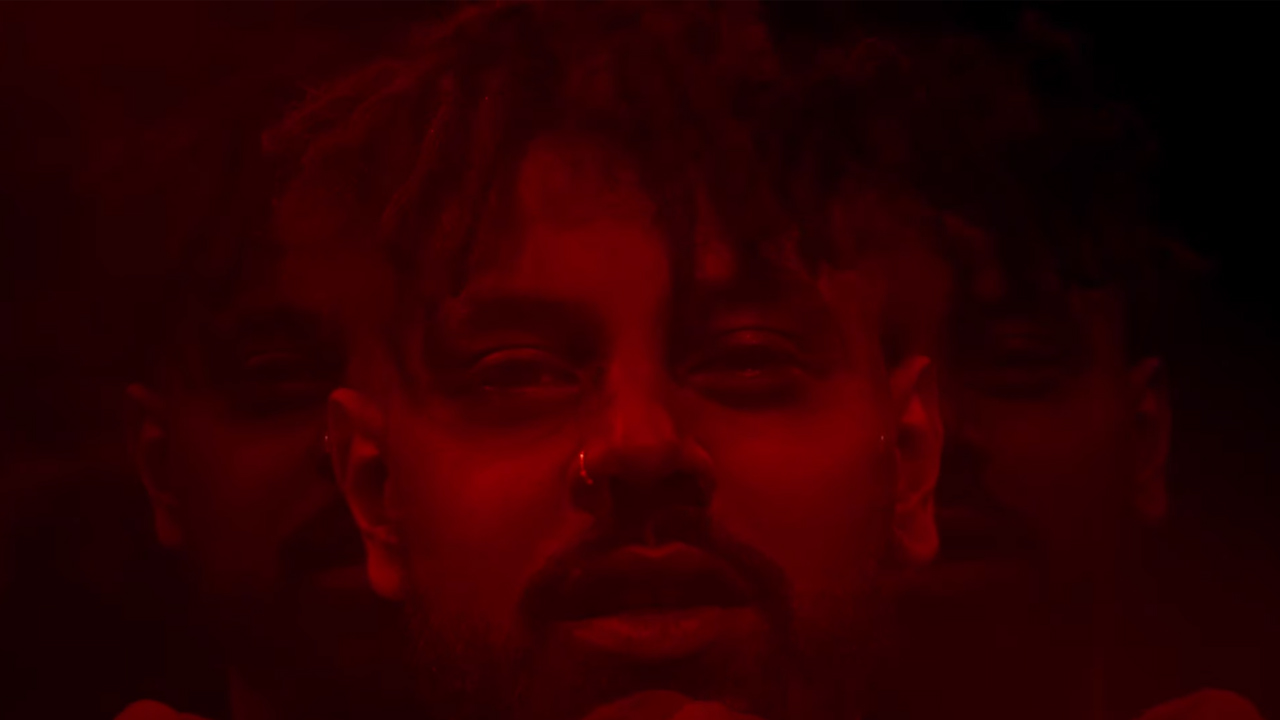 by Anth Webster
0 comments
When artists and filmmakers naturally tap into a shared vibe some cool stuff can happen. That goes double when said vibe is a willingness to come at things a little differently, an understanding and appreciation for some unorthodox approaches. This definitely seems to be the feeling that was brewing between Sydney hip hop artist KingxMaliq and filmmaker duo Miguel Martin & Jim Wild, better known as Undefine Media. 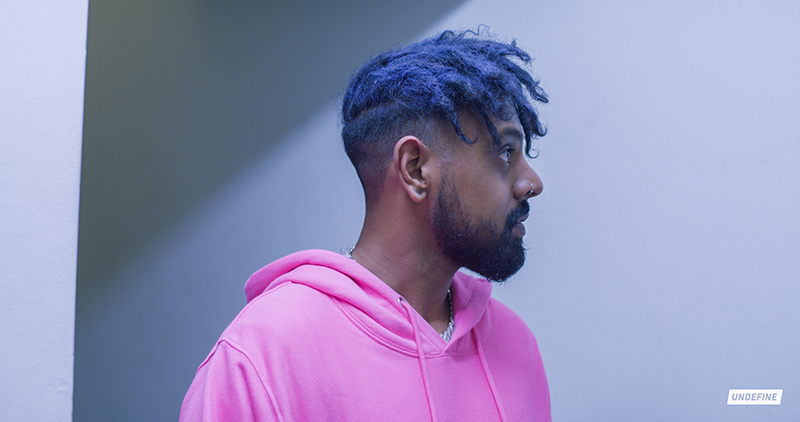 KingxMaliq’s hot off the presses new single ‘Marco Polo’ takes a familiar trap sound and imbues it with all this added dynamic through mood shifting production. The track comes in hot with a Latin influenced beat, before hitting a verse and pulling right back to this thumping 808 snare that almost feels like a backbeat breakdown which then carries most of the track. The song’s conclusion becomes this melting pot of both approaches, seasoned with some glitchy effects and sampling.

It is a rare take on a saturated genre that gives it a huge dose of much-needed life. When asked how this slightly avant-garde take on the production came about, KingxMaliq replies: “Producing this song was an experience! Swinging the mood completely is something I wanted to musically capture since I started. It reflects my energy – sporadic! The intro, I wanted to display intensity. In another part I had so much fun… R.I.P my HS80Ms! The chill vibe comes from my Fijian heritage and the Spanish influenced flavour allowed the island vibe to come back!” 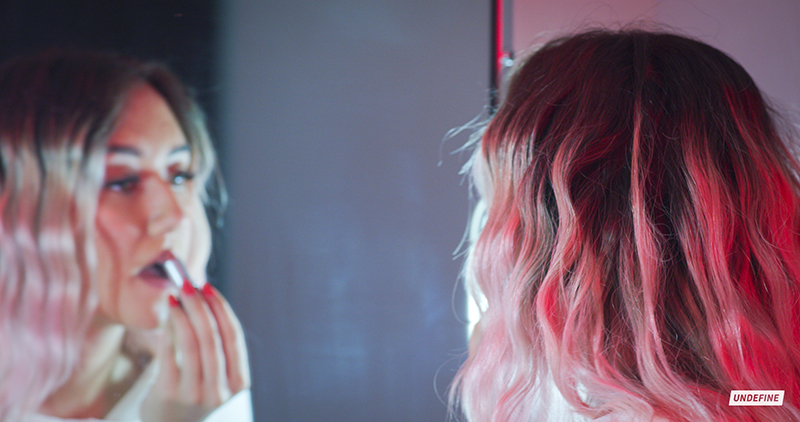 When a producer takes this kind of creative approach to a track, it opens all sorts of doors for filmmakers coming onto the project. For Miguel Martin & Jim Wild, it definitely gave them the feeling that they would have a bit more space to do something different and cool: “KingxMaliq sent us the track a few days before we met with him and his team to discuss the project. We loved the track from the start and we all wanted to make something ‘different’, something special for the video. Using KingxMaliq’s approach to the song definitely helped to pave the way for some interesting shots. Like the ‘red’ close up shots.”

These red close-ups of KingxMaliq performing are a really cool motif that is returned to throughout the video that, especially when paired with some of the more booming parts of the songs production, inject a real intensity into the clip. The Undefine crew seem to take quite a lot of influence from the songs production in the edit and the subtle weaving in of visual effects throughout the video. When asked if that sort of approach is important to them, they reply: “We believe it’s different for every project, but for this one in particular it seemed to work. Once we got into editing the music video, we played a lot using the sounds of the track to dictate some of the transitions, zooms and pans and it definitely worked.” 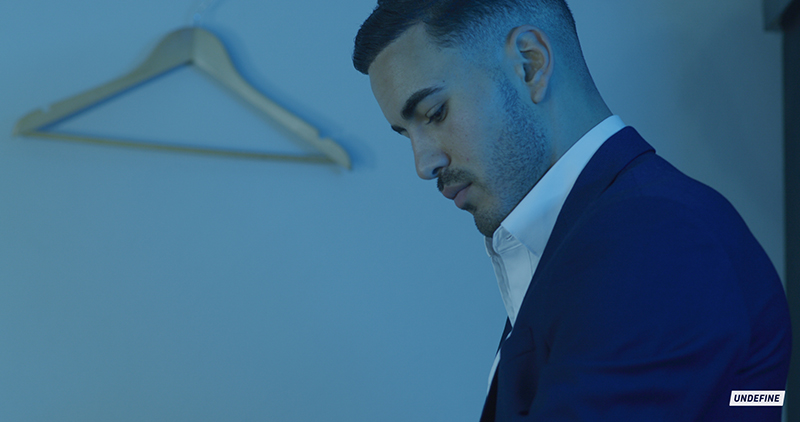 The video moves back and forth between two worlds. One where KingxMaliq performs in earnest, delivered clean and crisp; and the other a narrative world where the video’s subjects are in a club, where Undefine use more colourful lighting and a different cinematographic approach to create a stylised hyper-reality. Wild and Martin explain: “Once we got into the storyboarding of the project, we decided to have two different scenes were KingxMaliq would be performing on a stage – club vibe, and also an outside performance. We wanted to get all the outside performance shots to be as clean and sharp as possible with a bit of camera movement, compared to the club scenes where a lot of the shots are static ones.”

The club scenes really play on that hyper-reality aesthetic, shades of purple, pink and blue blend as KingxMaliq, a waiter and the video’s female lead played by Lea Niksic enact a plan of seduction and betrayal on the male lead played by Maurice Salib. Undefine bring in some effects in these segments, using ghost trails and multiple-exposure-like effects to evoke disorientation. One particular shot of Niksic’s character surrounded by billowing purple storm clouds looks particularly awesome. “Once we had the final rough cut,” Wild & Martin explain, “we spoke with KingxMaliq and his team. They asked to add some effects to the video, they came up with the idea of adding some clouds and thunder to make it more moody. We got creative and made it happen. It was definitely the funnest part of the video to edit and get it right. It was awesome to see how it turned out.” 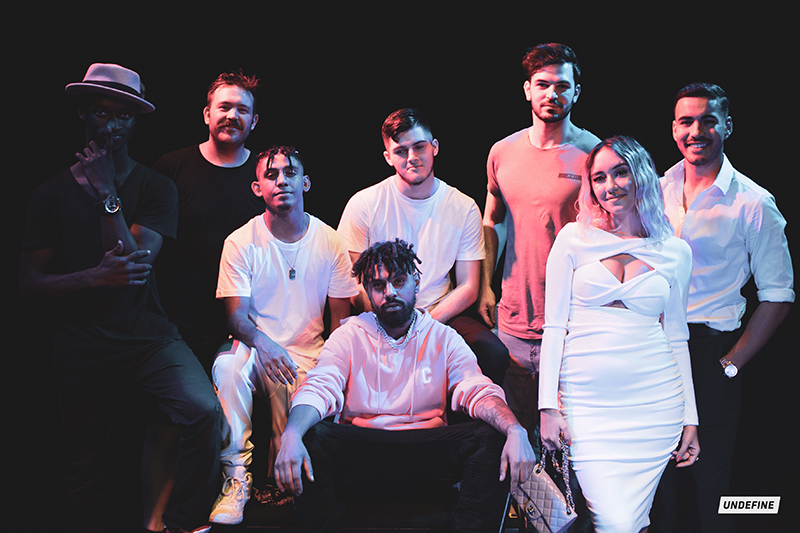 There is definitely a feeling of synergy between the attitudes of Jim Wild & Miguel Martin behind the camera and KingxMaliq in front. Something has clicked in this production, that melding of vibes or union of attitudes, that has lead to a really solid video. “This project was a bit scary to present to people” says KingxMaliq, “but Jim and Miguel took great care to understand what I was rambling on about, and they helped piece together our ‘Marco Polo’ Masterpiece. I am so blessed to have worked with my #Undefine Gang! It’s a milestone of my career. It’s my sharpest production yet! Sending vibes and shoutout to the UD team, the colourist Daniel Pardy and Jesse (Taurima, graphic artist) for putting the icing on this cake! Wait for the next one. #Ahwhoop”

Here is the official video for ‘Marco Polo’