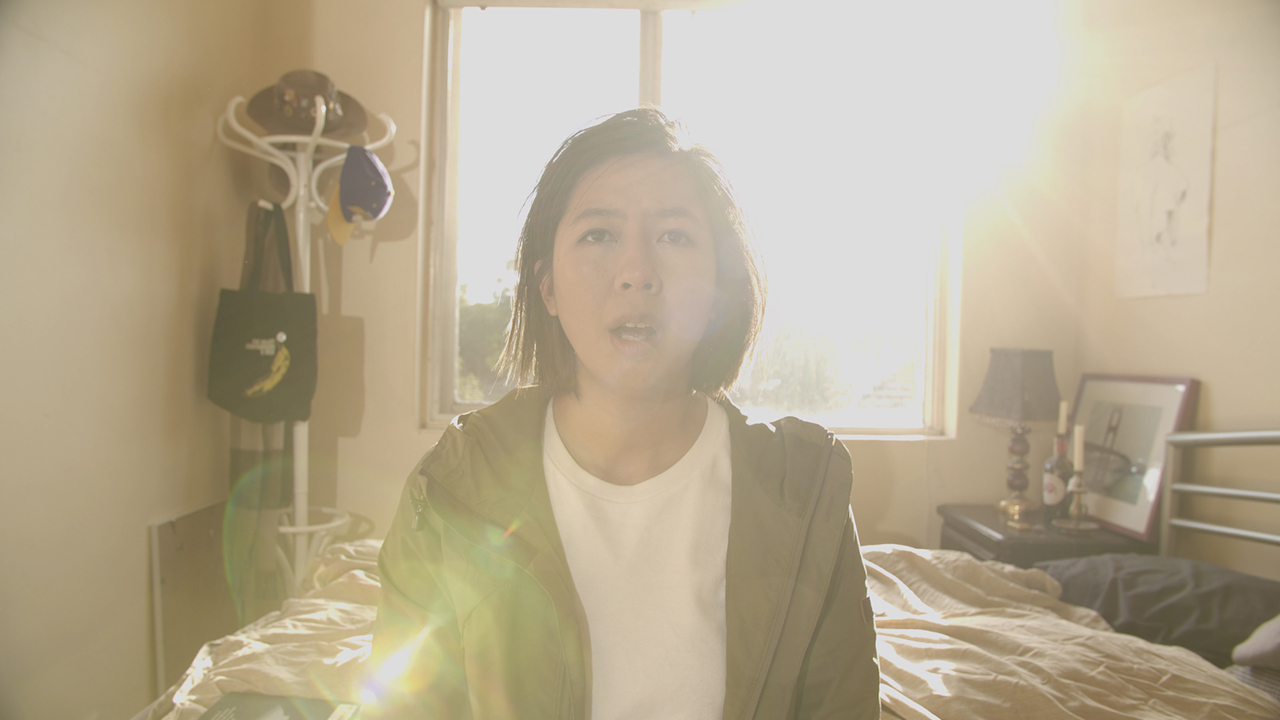 by Anth Webster
0 comments
[dropcaps type=’normal’ font_size=’60’ color=’#ed145b’ background_color=” border_color=”]T[/dropcaps]here is something so inspiring about how much art and creativity has come out of this strange period of time we find ourselves in. Even when endless opportunities have been taken away from artists and performers, so many have still been able to find that spark and make something from it. When everything else is going to hell, artists can’t help but do what they do; they create. That was certainly the case for Melbourne indie pop singer songwriter Nat Vazer when it came to creating the visuals for her latest single ‘For A Moment’: “The video clip was filmed when stage 3 isolation began so our options became really limited as to what we could do. We could no longer film at the beach which is initially where we planned to film.” 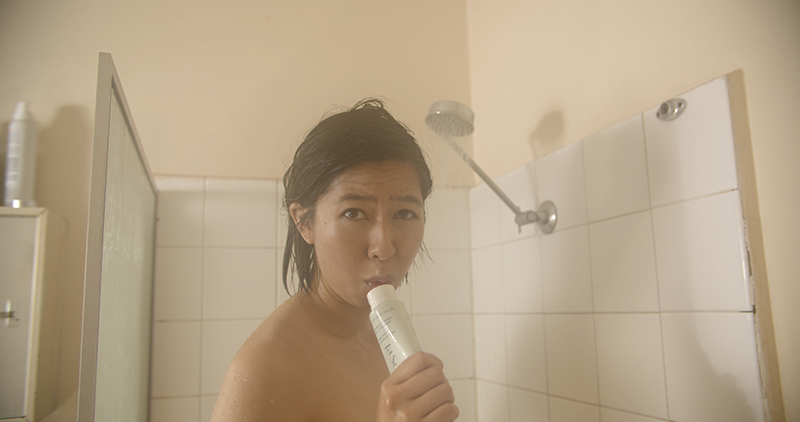 “So Benny and I started brainstorming together – we wanted the film clip to convey the intimacy, warmth and playfulness of the song. So, we chose simple sets that would convey that: in my bedroom because it feels like a private, intimate space; in the car and the shower where it feels personal but a little bit silly. With the shower scene – we drew inspiration from famous shower scenes like ‘Ferris Bueller’s Day Off’, the Decore shampoo TV ads from the 80s and 90s. Singing in the shower is the best, everyone knows that.”

Vazer’s ability to create during lockdown is certainly buoyed by sharing her life and living space with a filmmaker, Benjamin Joel. For the two of them, the challenge of the video soon became about making the most of their limitations, using the parameters placed on them to fuel the creativity rather than letting it restrict them. “When you’re limited with what you can work with,” Joel explains, “I think being open to experimentation and playing with the few things that you do have is the key.”

”It can help you find what works in the process, rather than heading into a project with a set goal in mind. In this case, we tried a lot of different things with camera angles and lighting positioning, and we were just open to experimenting on the set. We could afford to do that too as we had so much time in lockdown. Lighting became a big focus. I wanted to play lots with the direction of light to try and capture that sunny, romantic feel. I also wanted that lighting to be present in more personal spaces such as the bedroom and the bathroom to bring out that feeling of warmth and ‘close proximity’.” 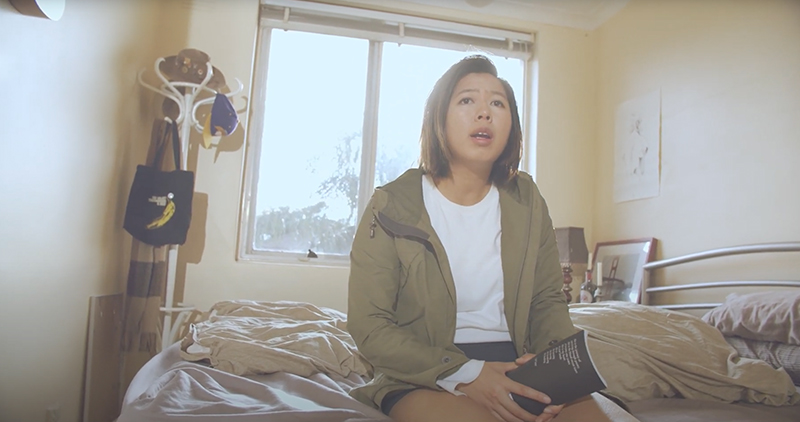 There is definitely such a warmth to this video, a softness and intimacy that feels so welcoming. ‘For A Moment’ musically has this awesome laid-back vibe that is fuelled by the bassy guitar tones through the verse and these peaceful surf rock overtones in the chorus. Combine with that Nat Vazer’s luscious vocal style, that ability to convey vulnerability and personality through tonality, delivering a peaceful recollection of those dizzying heady moments of connection. It’s a song that feeds so well into itself, nothing at all feels at odds. This embedded symbiosis in the track had us wondering about Vazer’s process.

“It’s hard to explain because it’s not often a logical or structured process for me.” Vazer tells, “It’s never like I’ve got the song idea now so I’ve got to write music around that.  Sometimes I start writing things that don’t even make sense to me at first, but I know there’s a reason why my brain went there and why my hands picked up the pen to write those specific words. If I keep exploring that idea, I start to intuitively draw on different elements like a certain melody, a certain feeling – whatever excites me or interests me at the time – in order to write that song. So like most of my songs, this one was a mish-mash of elements that naturally came together when I was trying to channel a clear headspace to let my intuition steer the song. Sorry I know that sounds vague, but the process is pretty much like that!”

That natural process of songwriting certainly seems to have been echoed in the way things came together for the video. The clear goal was there to share the song’s intimacy and warmth, but what that actually meant in practice was explored as they went along. Joel elaborates: “We originally wanted to do one of those ‘Mannequin challenge’ type videos – like where people remain frozen in action while a camera films around them and it feels like you’re walking through a frozen scene. But we couldn’t do that in isolation with only one subject to work with, so we decided to do it in slow motion.” 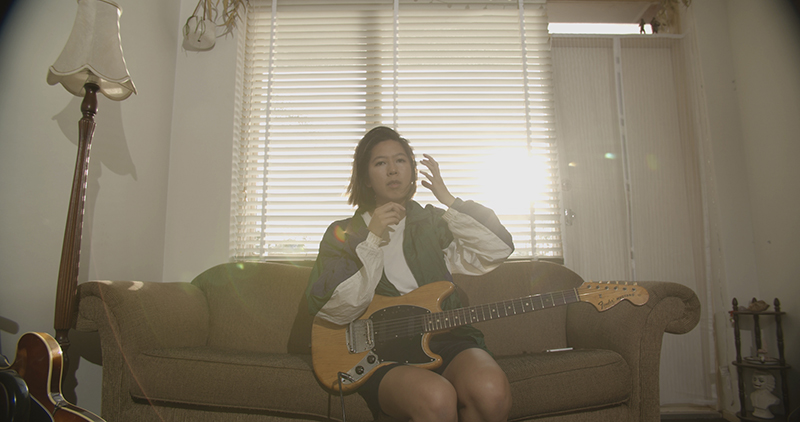 “I think the slow motion adds dreaminess to it. The idea was to convey that feeling of time standing still when you’re in your head. Like you’re exploring all these possibilities and thoughts in your head and soaking in everything around you while the outside world is standing still. In practice, Nat had to sing the song at double speed while I filmed at 60 frames per second. Then we dropped it all back to half-time so the song goes back to normal speed and the visuals look super slow. So Nat had to sing it with more ‘mouthiness’ to achieve that effect.”

Vazer adds: “Because we were forced to be more ‘resourceful’ in lockdown, I think on some level it changed the way we approached the DIY filming, lighting and editing. For example we wanted to be able to zoom in for close-up scenes, but the camera lens we used did not have a lot of zoom. So we started using post-production zoom tools on Da Vinci Resolve which we had never used before. The car scenes appear a little warped because we used a fish-eye lens to get a wider shot of the inside of the car – again, that seems like an unusual choice for a video but we thought it was a fun way to playfully frame the car scene.”

The car scenes are a real focal point of the video. As the only shot from the video not inside the house it naturally draws some focus, but the real art of these scenes is the way Vazer and Joel have been able to maintain that intimacy despite the change of scenery. Using a stationery camera in the back of the car means the viewer’s focus is entirely on Vazer, but also allows them an opportunity to cut between shots of Vazer in the same location of the car but in very different performative positions, to great effect. 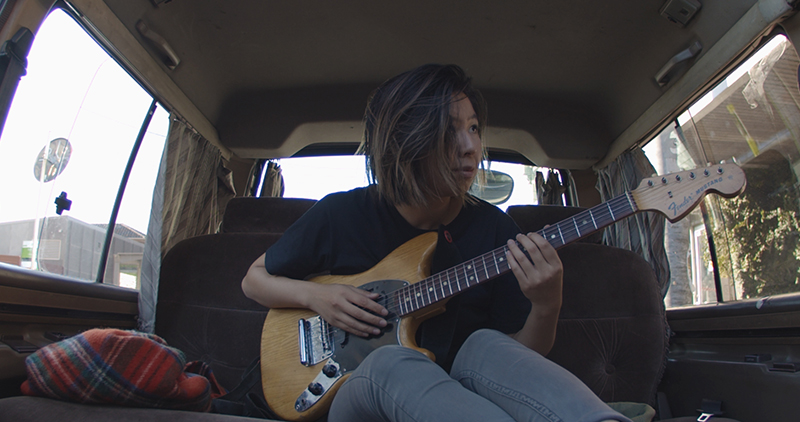 “Benny was driving the van.” Vazer recalls, “I had the camera on a tripod in the backseat but in order to keep it still, we had to wedge the tripod legs between the car walls. It took us forever to get it right! We pulled up on the side of the street every few minutes to check the footage so definitely a hit and record and hope approach! … It’s also nice filming in a car during the day because there’s lots of natural light coming from every direction so you don’t have to worry as much about lighting!”

Here is the official video for ‘For A Moment‘