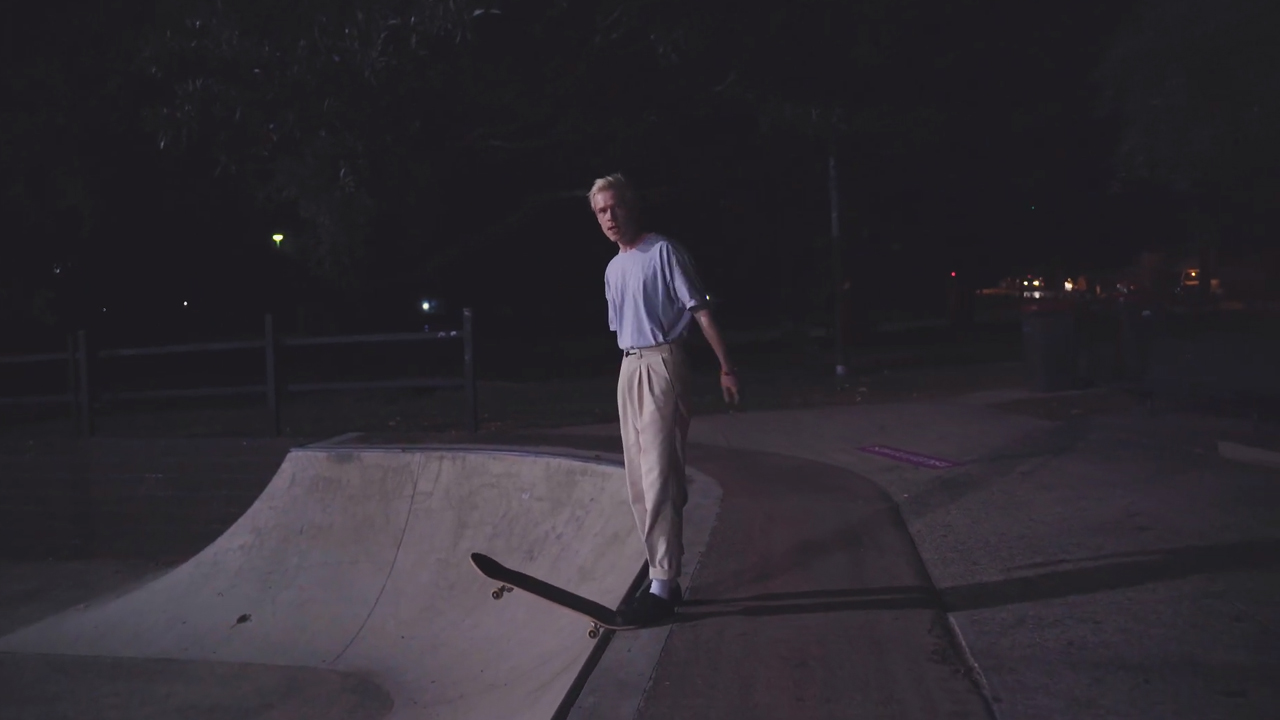 by Anth Webster
0 comments
[dropcaps type=’normal’ font_size=’60’ color=’#ed145b’ background_color=” border_color=”]L[/dropcaps]oneliness has a way of making you feel completely isolated, even when you’re surrounded by other people. Anxiety can feel like tunnel vision, where everything around you ceases to exist and you become fixated. It is this feeling of overwhelming mental isolation that Pace Randolph and director Scott Dawson have set out to capture in their video for Randolph’s new single ‘Lonely with My Friends (San Francisco)’. 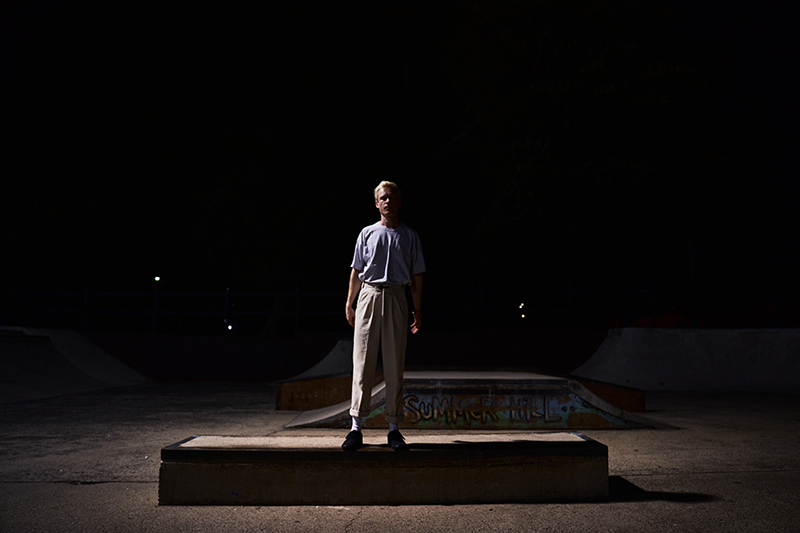 On ‘Lonely With My Friends (San Francisco)’ Randolph takes a trap beat and colours it with some electro pop and a tinge of darkness, before overlaying some incredibly personal lyrics that feel almost like a confession to one’s self, delivered with real earnestness and vulnerability. Randolph goes into how the track came about: “This was actually the first time I’ve ever written the lyrics for a song before having any concept of the melody or music. Usually I write both the music and words at the same time, but I was on a road trip with a good friend of mine a few months ago and as tends to happen on a long drive up the coast, we got talking about the idea of confronting the most uncomfortable parts of yourself.”

“Later that day I sat down and wrote out the three verses pretty quickly on my phone, then forgot about it. As a result, it’s probably one of the most direct or honest things I’ve ever written. Fast forward to about a month ago in Sydney, I had been sent some really dope chopped samples from a producer named Stufly up on the Sunshine Coast. Something about the music just hit this really raw spot for me and it just made me think of that conversation, so I got the lyrics out and massaged them into a song. The final step was teaming up with my buddy Hatch and getting the production right. He’s a wizard for that clean and punchy sound. I also made a deal with myself that I would unfollow ‘that’ person on the day this song came out, so by the time this goes up, hopefully I’ll have done the right thing haha.”

There is such an honesty to ‘Lonely With My Friends (San Francisco)’ that just had to be embellished upon when it came to the song’s video, and as such Dawson has constructed this wonderfully simplistic piece that, through a grand total of two shots, tracks Pace Randolph through a skate park as he bares himself to the camera. The long unedited shot ensures that Randolph and his contemplations are the sole focus, making it a really strong accompaniment to this intensely personal track. 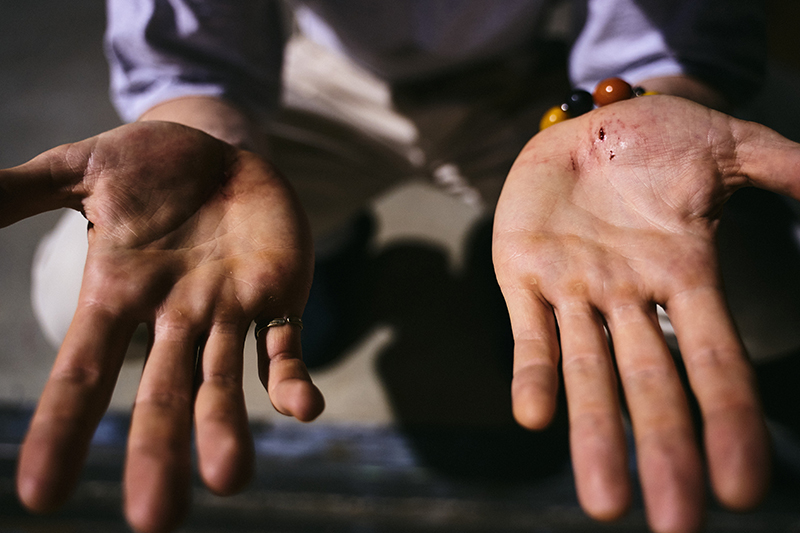 “The first shot being a low angle wide was to create that feeling of space and loneliness,” explains director Scott Dawson, “to then make that quick switch cut and move which was done to add to the wonderful tension that Pace made in the song and I really tried to convey the angst and that inner demand that everyone has. Having one large source light was great because it allowed us to play with the dark so much, having the long shadows let us convey that empty feeling that anxiety and depression brings. The main influence for the long shot film clip is actually Pace himself. He really loves that one long take scene, which is a great challenge to any story teller because of its technicality. We were very lucky with the fact we had the skate park to ourselves and could use our skater friends to be the extras, so directing everyone was very easy.”

Even with the cinematic limitations of this simplistic approach, Dawson is able to inject some really gorgeous video into this clip. The way the cold lighting and shadow plays off the concrete of the skate park, while the space around Randolph fills the screen with that vacuous feeling of isolation. Despite the other people at the skate park, Randolph is entirely alone. When asked about his preparation for shooting this video, Dawson replies: “The process of preparing for this shoot was pretty simple really, in a way it’s kind of backwards because you are editing at the beginning of pre-production and figuring out the timings and the story in its core. Once you have that it all pretty much falls into place. Having said that, a key element of this way of filming was still creating space and time to be very flexible and allowing it to be organic in some respects and contribute to the realist feel of the video. For us that element was the tennis players and the locals hanging out in the park while we were filming.” 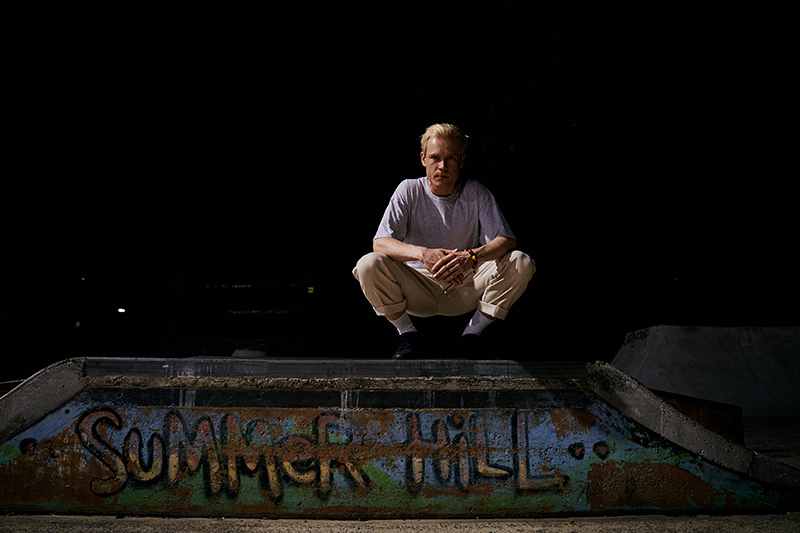 “Pace and I spoke for about a week about different ideas and we decided on this one. We met up at the skate park during the day a few days earlier and we started planning – walking through the movements and taking stills to creating somewhat of a story board. On the night we had some really talented skaters and extras who were great and helped collaborate with us with the skating and some background movements. The trickiest part was the timing of the train coming past on the correct track, we needed it to be as close to us as possible to create such a large presence, we took some notes on the timing and how often it came past and it came together on the first try. The second shot of Pace walking through the skate park and onto the path we had to speed up and slow down for timing in the song, which was a great challenge for me to take on.”

A great deal of the success of this kind of video, despite all the amazing work the director can do, really does rest on the performance of the sole performer. As such, Randolph is engaging and emphatic as he delivers his emotive sermon to the camera, feeling every sting and ache of his lyrics. When asked about what this experience was like for him, Randolph replies: “I absolutely love one take videos. It turns the whole thing into a performance and adds a very human emotional narrative, which is something I really try to foster in my music. It’s not the first time I’ve done a one take video, in fact, I’ve only ever done one that wasn’t a single take. Last time I had a cigarette put out on my skin and copped a few punches, so in comparison this was fairly tame.” 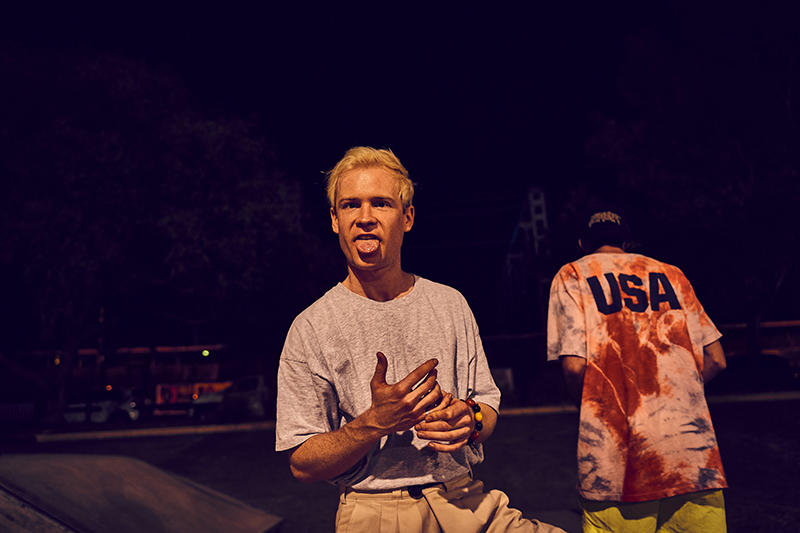 “However, this was the first time we’ve shot a film in public, so there was that extra element of the unknown and having to block out the fact that people are staring at you wondering why the fuck you’re acting like you own the place and walking around a skate park when they are just trying to enjoy their session. Thankfully I had a few mates with me who were hanging out and it’s my local skate spot, so I’m usually there a few nights a week anyway and people were pretty chill about the whole thing. The other thing that’s super important is that you have to trust that the person behind the camera knows what they are doing and will get the take, so I’m lucky that Scotty is an absolute pro.”