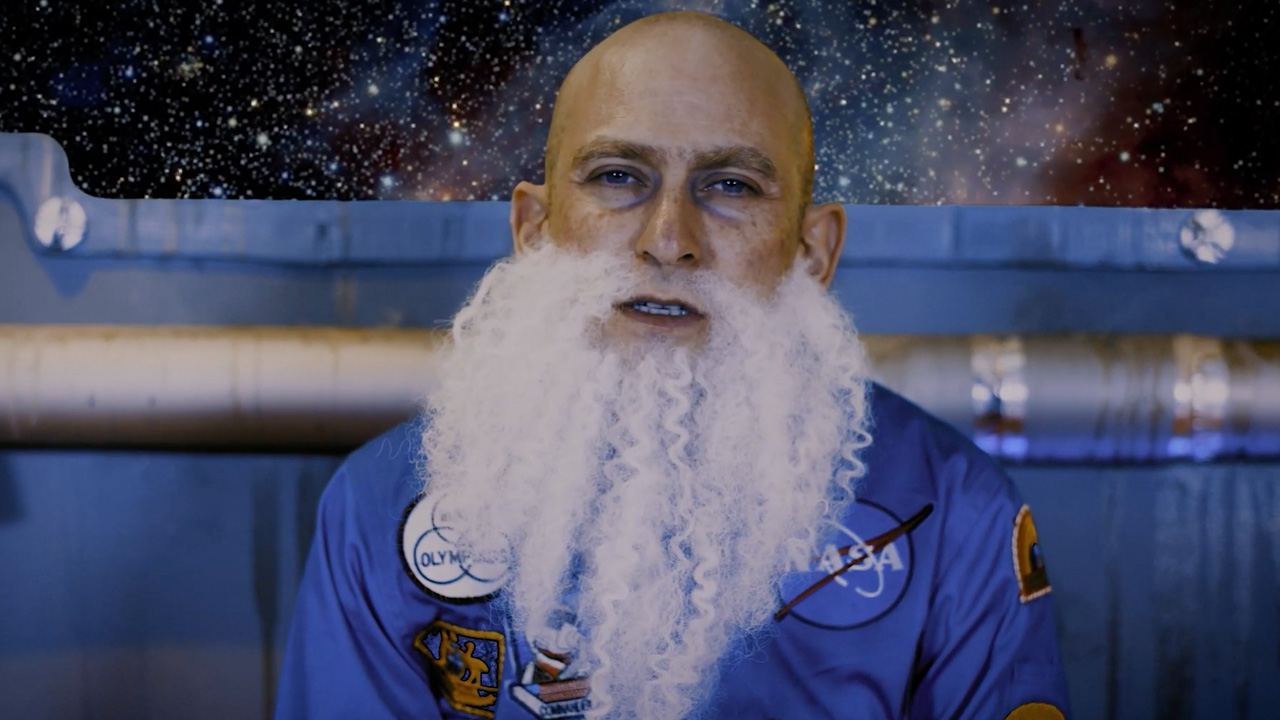 [dropcaps type=’normal’ font_size=’60’ color=’#ed145b’ background_color=” border_color=”]F[/dropcaps]loating in a flimsy space ship a million miles from earth, a frustrated spaceman pulls the plug and flushes his robot butler into the lonely void of space. Thus begins Joel Rapaport’s video for Ugly Mug, a comedic reflection on solitude taking place entirely in a DIY spacecraft. Having originally written the song pre-covid as a love letter to the friends you never get a chance to see, the Sydney lockdowns gave a new meaning to the track. Sometimes no amount of desire can break you out of isolation – whether it’s a city lockdown or the cold vacuum of space that’s keeping you trapped, all you can do is sit in your room and reflect. As artist and co-director for the project, Joel had the advantage of a completely unified vision for the song and clip. He remarks on the process:

“Dodo was the first video I directed myself. I had a pretty clear vision in my head so thought I would just have a go trying to direct myself. Before that I’ve always worked with directors but have normally been heavily involved in concept as well as assisting in production. My friend Dan Jameison is a producer, director and editor, and he has mentored me along the way with both of the videos. His help and advice have been essential in giving me the confidence to do these projects. With ‘Ugly Mug’, me and Edgar Bodley came up with the concept together, and it made sense for us to co direct it together as well.” 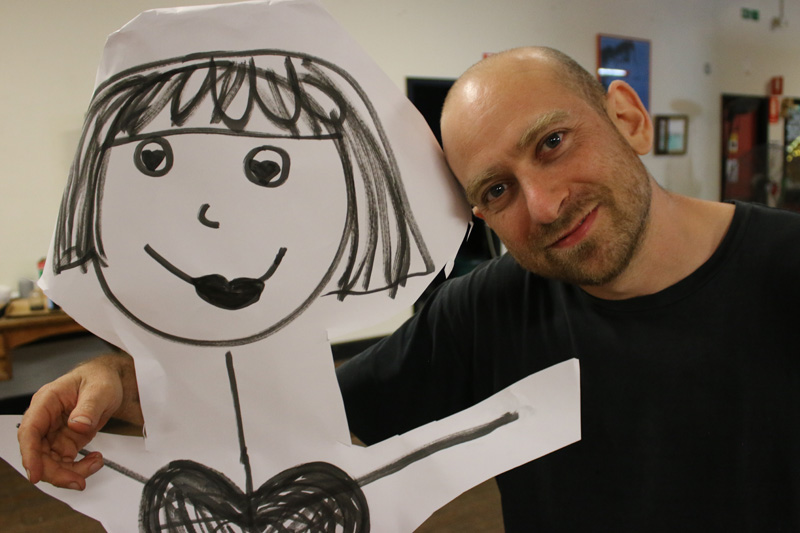 Not being a professional cinematographer, Joel chose to put all his effort into the more practical things that he knew he could pull off well. Almost everything in front of the camera sparkles with creativity – painted cardboard, PVC and all manner of detritus glued together to create Joel’s interstellar cocoon.

“I built the office set for my last video ‘Dodo’, but a spaceship interior was a much bigger challenge. Myself and Edgar built and designed the foundations of the ‘Ugly Mug’ set together with materials from council cleanup, Reverse Garbage, The Bower & Facebook marketplace. Then we brought in John Doe & Dodge Pangburn who brought in their own props, set up and wired lights and helped with final set design. The control deck was made out of cardboard boxes, and silver tape, bed was made out of milk crates and we used pvc pipes for the pipes. We repurposed as much rubbish and household items as we could.” 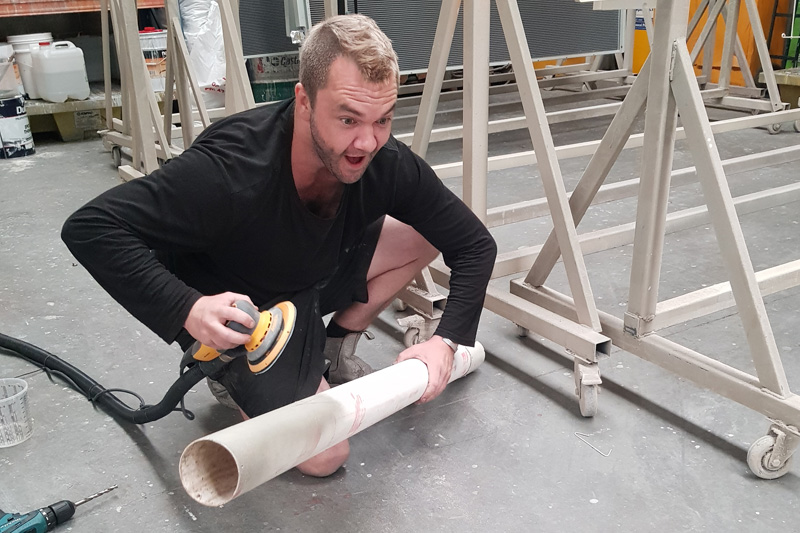 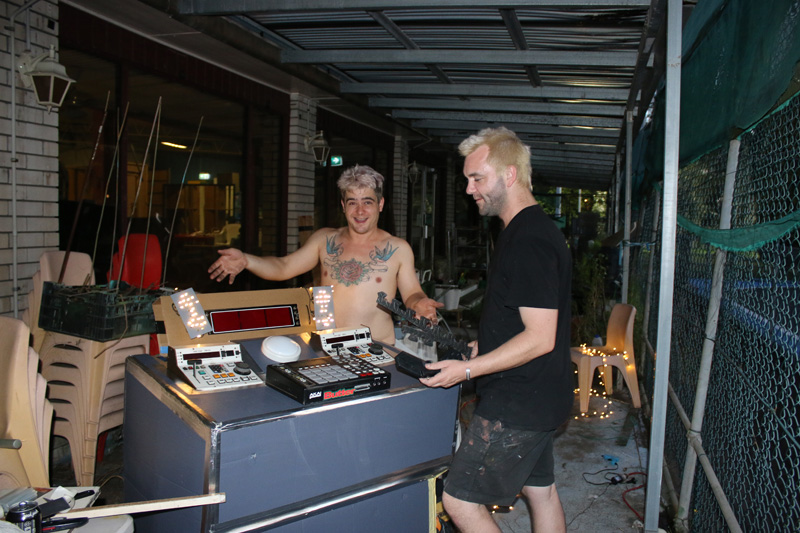 “I love this set too. And it took an amazing team to assemble it. You’d be surprised at how close it came out to our sketchpad idea. Set building and painting has been a part of my paint-career but this was the first time I’ve been a part of the entire process from its conception.” 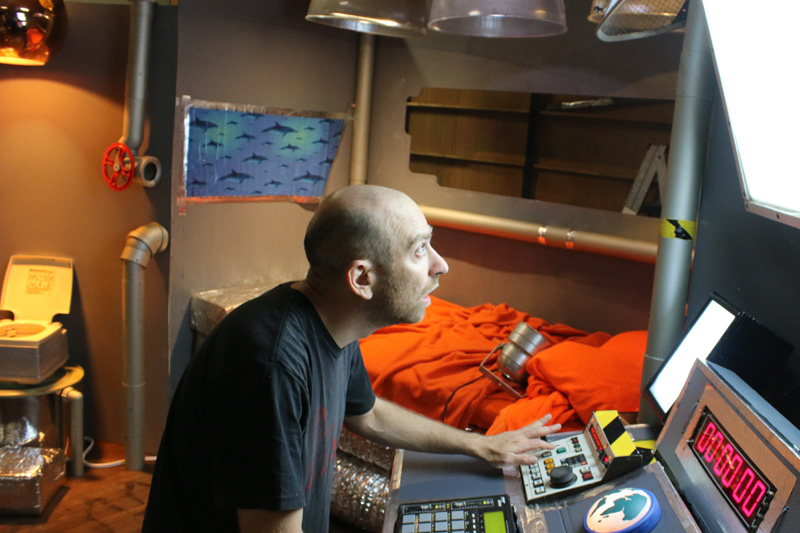 Joel’s counterpart in the clip is the robot butler Alfredo, dressed up like a bartender with chrome body paint on his skin, he’s an obvious homage to classic non-human sci-fi sidekicks like Red Dwarf’s Kryton and Star Trek’s Data. To complete the look, his face has a prosthetic element jutting out from near his left eye, courtesy of Sloane Greenhalgh, the special effects makeup artist and third co-director. Alfredo doesn’t even complain that much when Joel sends him spinning out the airlock. Flashbacks to his and Joel’s hijinks on the ship make up the bulk of the video. With static wide shots capturing most of the blocking, the piece feels almost more akin to theater than film.

“With the technical stuff, I am still figuring out how long it takes to make ideas a reality, so what may seem like a simple shot in my head requires so much effort, energy, skills & hours to create. The advantage of directing ourselves is that we could invest a lot more time and our own artistic style and weird sense of humour into every part of the video.” 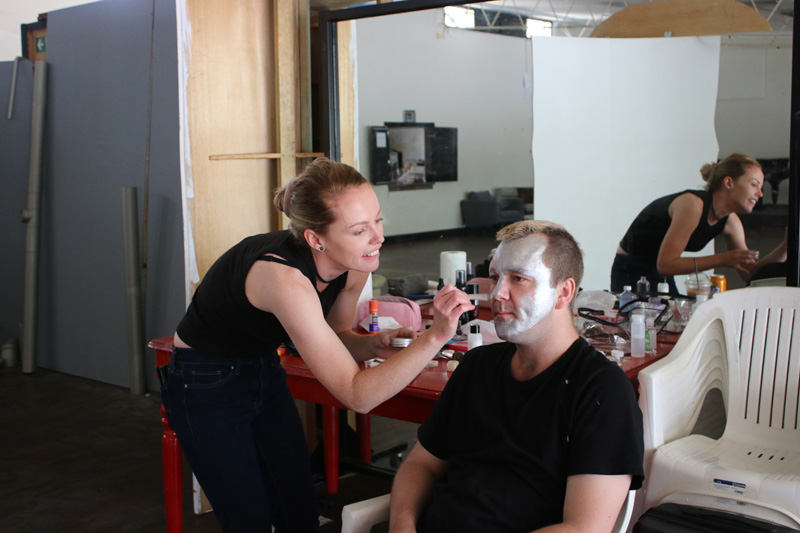 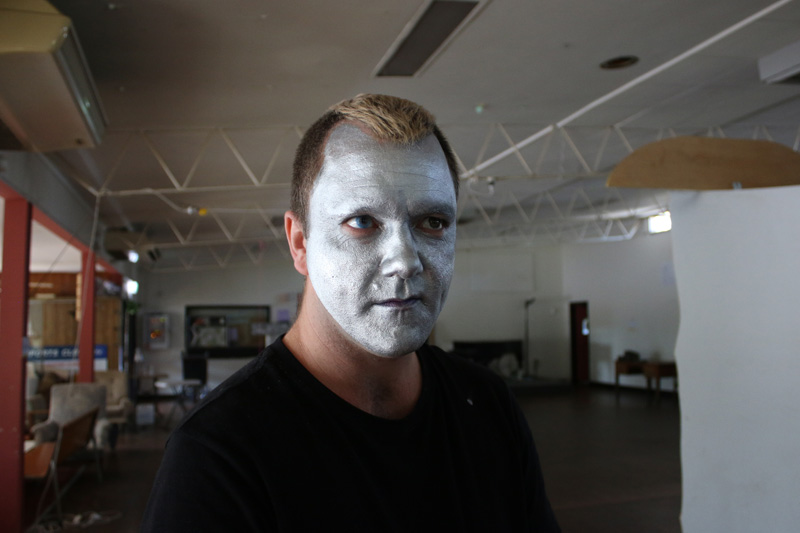 The old film maker’s wisdom is that films are never perfect – just complete. This was a lesson that Joel learned in deciding when to finish building the world of the music video, just how much more effort could he reasonably put into the design? In this way, a deadline can be the most useful tool in a perfectionist’s toolbox, forcing a creator to really evaluate what’s important to them and then move on. DP Adam Scarf chose a Blackmagic Ursa Mini Pro G2 camera to capture the clip, and the full frame sensor allowed them to see all the scene in its raggedy DIY glory.

“We’ve learnt that when building a set you need so many more props than are eventually used, and that the props need to be really specific to the look. The set was quite large which also made a lot of work as we had to make sure every corner had enough details and texture for it to be visually interesting. It was such a huge task that we struggled to balance time constraints and our own desires to put our own touch on every part of the video, from hand sewing patches on the coveralls to painting yellow and black lines on the set.” 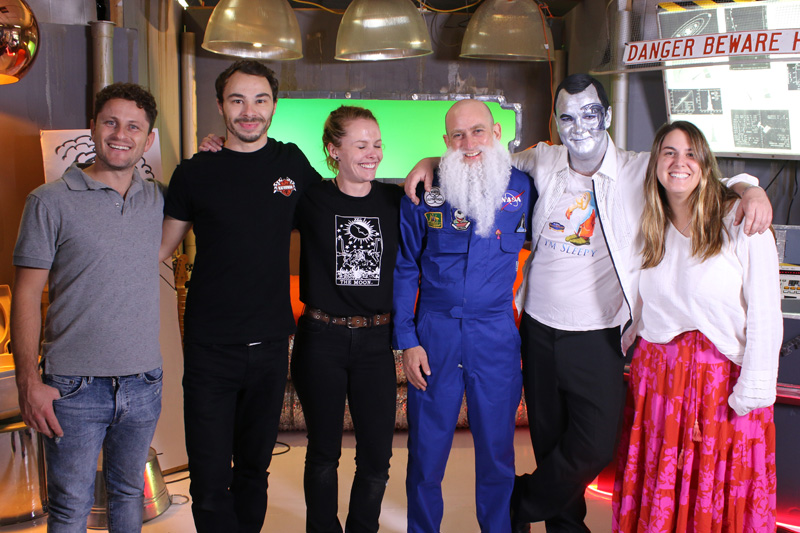 Joel’s second foray into directing has produced something thoughtful, creative and most of all funny. With lessons learned and a great clip under his belt, it’s exciting to contemplate what might be coming up soon for the musician/director. And hopefully now that we’ve all had a taste of being in complete isolation, a few of us might pick up the phone and call up an Ugly Mug we’ve been missing.

Here is the official video for ‘Ugly Mug’