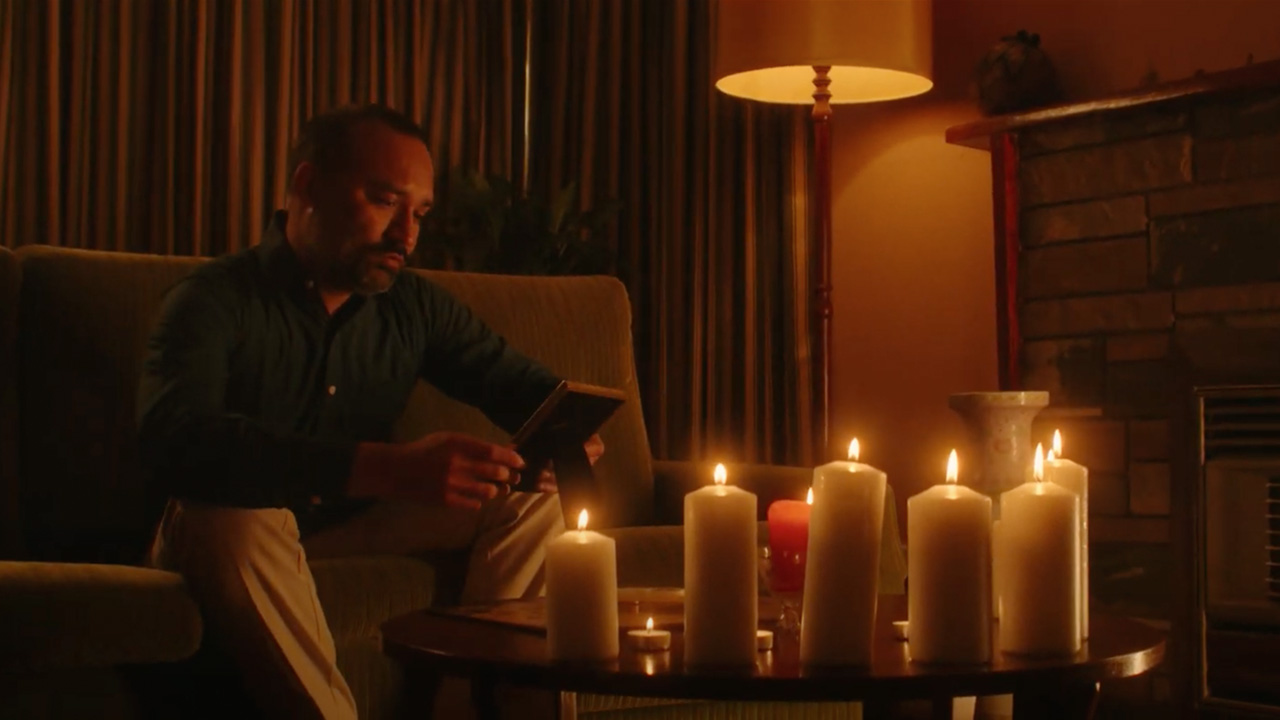 [dropcaps type=’normal’ font_size=’60’ color=’#ed145b’ background_color=” border_color=”]H[/dropcaps]ow do we manage to find peace after we’ve suffered loss? How do we let go and allow the memories of those who we loved to be enough, to carry us through our grief? ‘Stay’, the latest single from Melbourne pop-punk trio Snark explores these questions. The track traverses the emotional ebbs and flows of navigating grief and finding closure after death enters one’s life. The accompanying music video was directed by Aidan Rice, who shared insight into his background and style.

“I come from a cinematography background, so I feel that carries over to my directing quite a lot. I tend to focus heavily on how the visual elements of a scene can help tell a story and then develop everything from there. A lot of my work within the music scene has been smaller budget music videos with local artists, which can be challenging at times having little to no crew on hand, but it’s really rewarding being able to pull off a clip that the artist/band and myself are happy with. I definitely would say my style is moody and emotive, with a strong focus on lighting and camera movement and I feel that this music video falls into that description.” 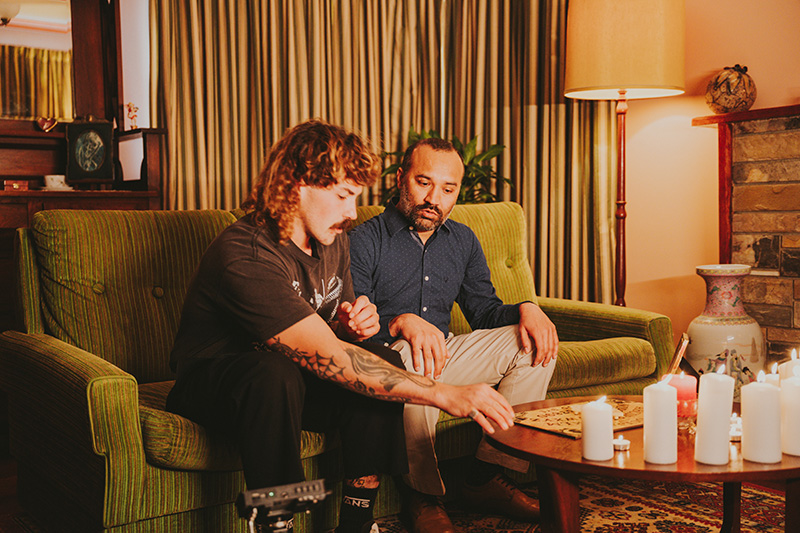 The video concept gives life to the track’s meaning, through the story of a man mourning his departed wife. Turning to a Ouija board to reconnect with her presence, we watch as he transitions to a place of acceptance, drawing comfort from her memory. The video is the second collaboration between the band and Rice.

“I’ve worked with Snark once before on the music video for Pressure, so naturally, I was really stoked to get an email asking if I could jump on board for their new clip. Being on set with them is great, they are really lovely guys that put a lot of trust in me to bring everything to life visually. Every time we have worked together it’s been a lot of fun, everyone is relaxed but focused on what we have to get done, which makes for the perfect atmosphere on set.” 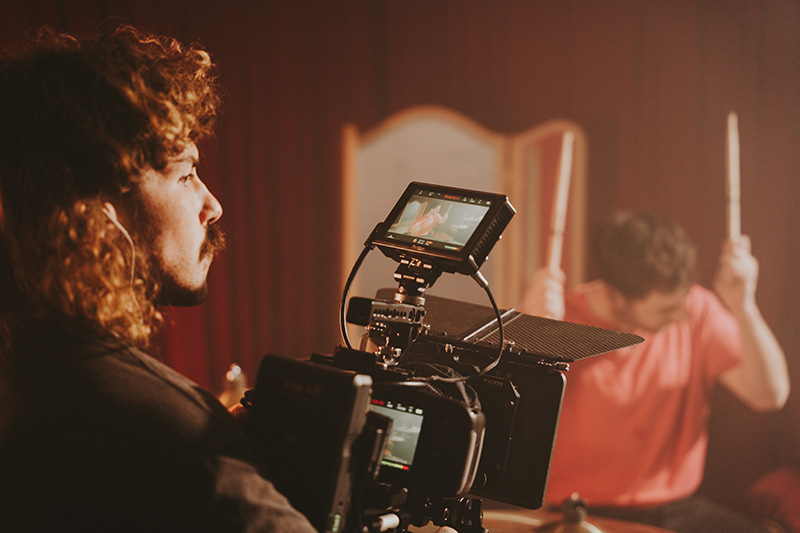 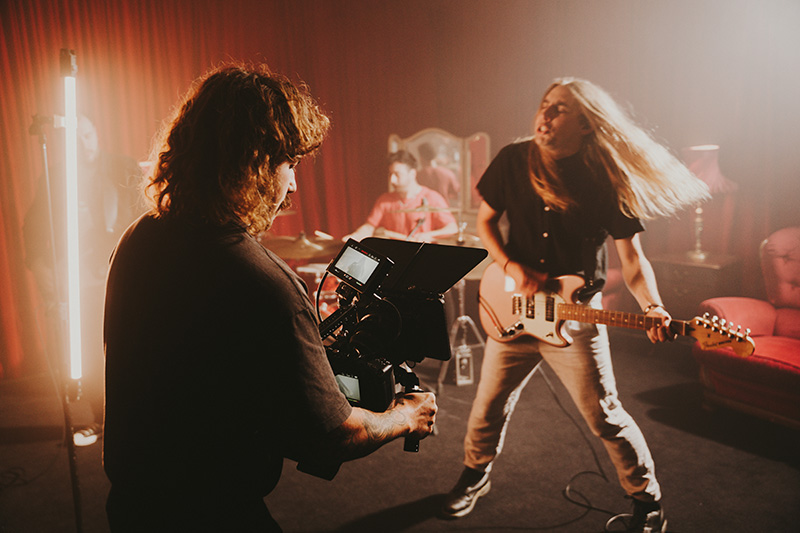 The video narrative is entwined with a performance set from Snark, but the transition between the two never feels jarring. The composition of the two complement one another, and the inner conflict of the character is made palpable through the angst and embodiment of the band’s performance. This is especially true for frontman Stefan, who in Aidan’s personal favourite shot of the video, passionately plays guitar and sings directly into the camera while kneeling.

“I love the energy and the atmosphere that comes with shooting performance sets, everyone always seems to be on another level of stoked during these scenes. I think the biggest challenge will always be keeping the energy levels up, it’s hard work for the band to keep doing tasks so making sure they are comfortable and are still performing at the same intensity for each take is really important.” 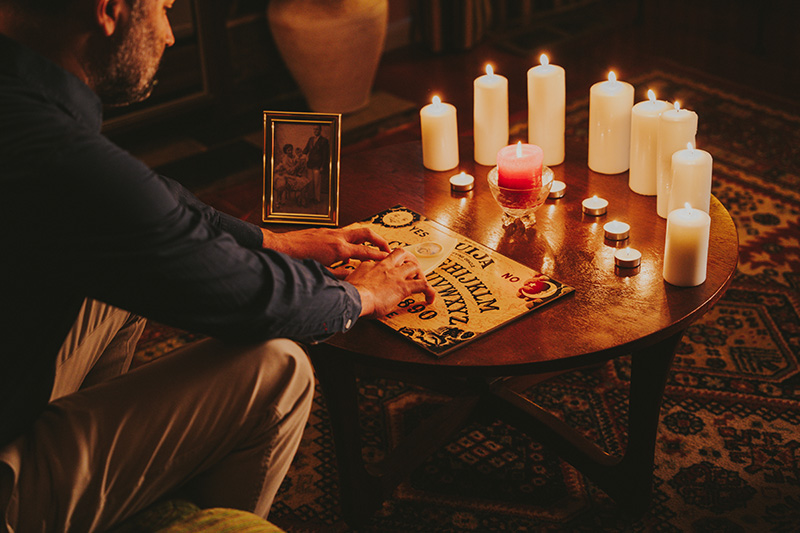 The artful use of lighting and colour throughout the video perform beyond their beauty, acting as an effective storytelling tool. They establish the contrast between the warm and vibrant atmosphere of the man’s present life in his living room with his Ouija, and the one he must say goodbye to, as he interacts with his wife’s spirit in a colder toned afterlife.

“I really wanted the lighting to help convey the emotions and help the viewer understand the story of this clip. It was important for me to have two juxtaposing lighting setups within the narrative scenes to help convey the separation between life and the afterlife. The strong backlight and minimal fill in the afterlife scene was used as a representation of going into the light and stepping away from the life you once had, I then wanted to carry this over to the performance scene subtly using similar techniques.” 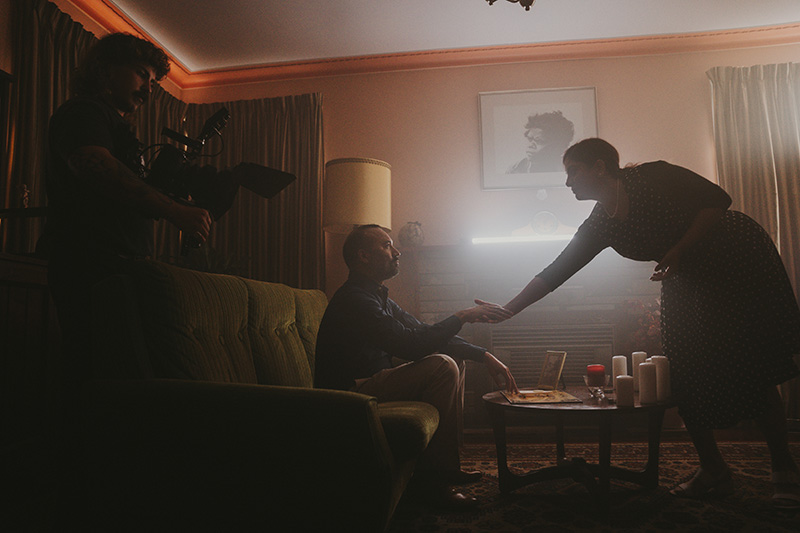 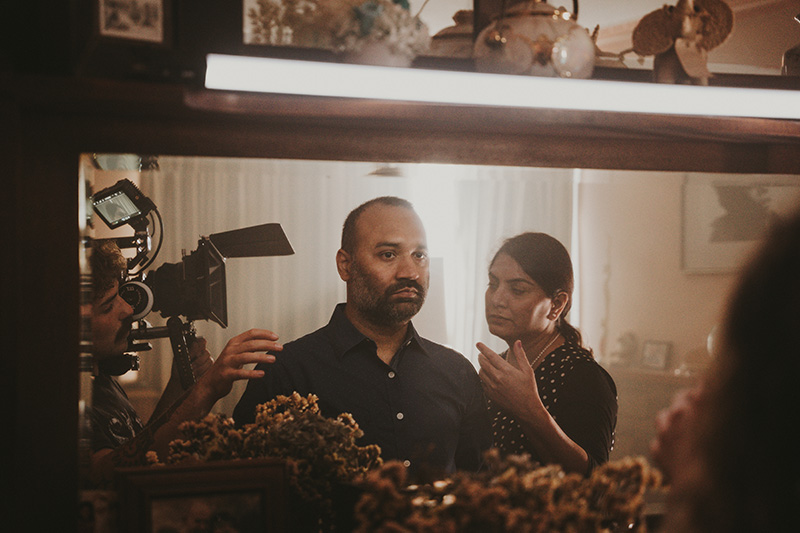 Rice opted for a Black Magic Pocket Cinema Camera 4k, accompanied by a set of cine rehoused vintage Russian lenses that were paired with a dissolution filter. Vintage Russian lenses are known for their trademark swirly bokeh, and it’s an effect that Rice wanted to use to separate his characters from the background. The entire music video was lit using three lights, a Nanlite Forza 300 and two Nanlite 30c Pavo tubes.

“I often opt for this camera on smaller scale shoots to keep within budget, the raw colour from this camera is amazing for the price and the option to be able to use it in low light situations comes in handy when there isn’t a gaffer on set.” 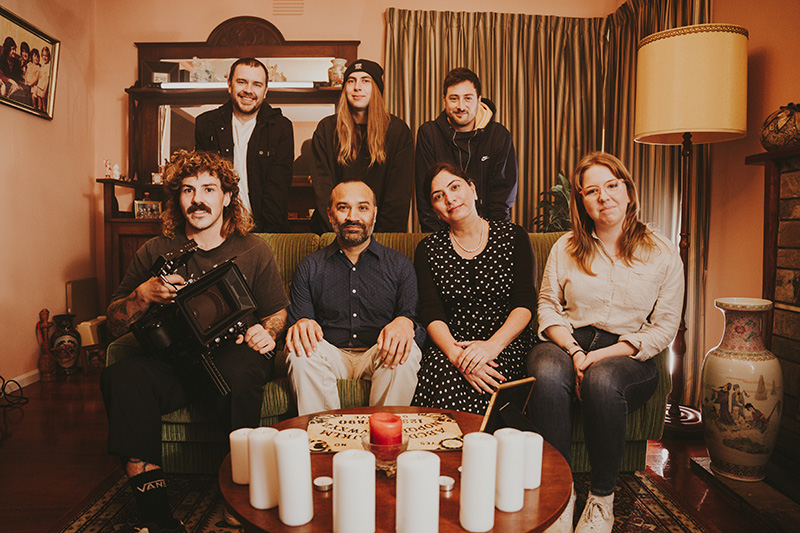 The clip is ultimately a story of healing, offering an element of hope to those of us grieving. It highlights Snark’s capacity to explore and uplift heavy themes through their lively musical style, and Rice’s ability to deliver on a budget, and we look forward to future projects from the two.

Here is the official video for ‘Stay’