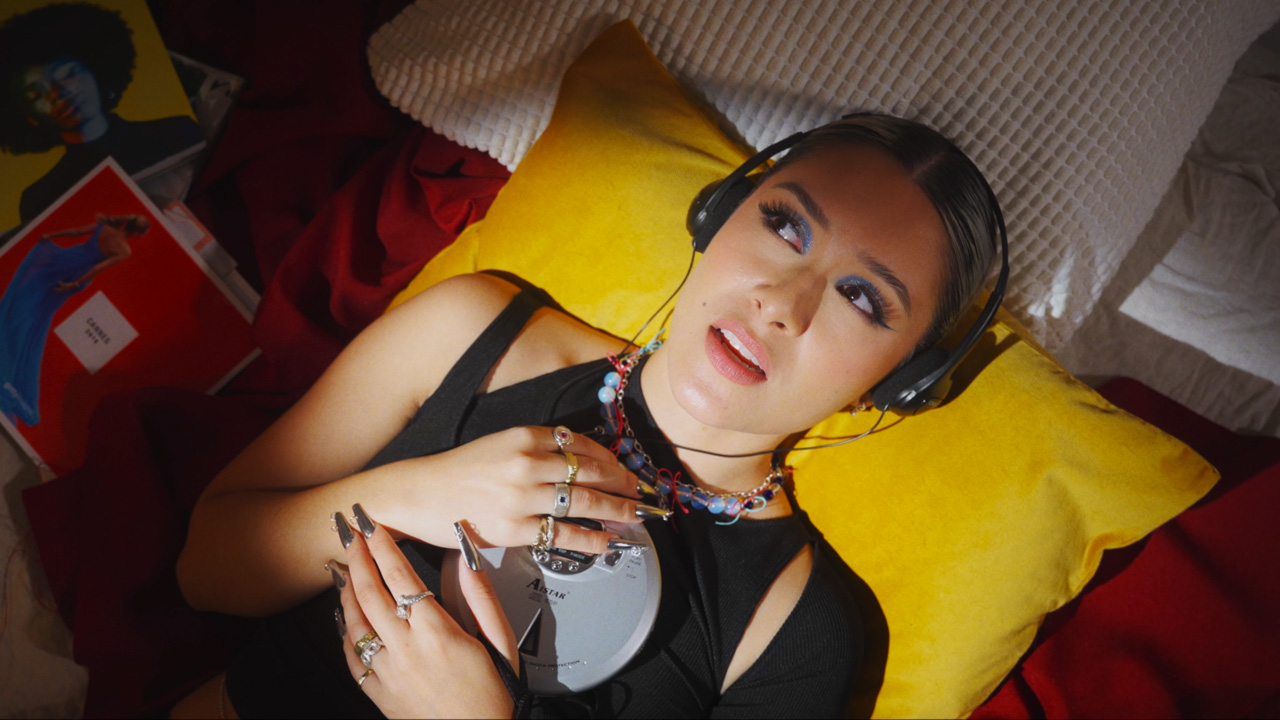 hile Zhuli’s debut music video released in May was a high intensity fusion of colour, lighting and costume, reemploying the same director Cristobal Olguin for her latest single ‘Heartbeat’ was always destined to lead to a change of scenery. There’s value when filmmakers and artists grow together on their collective journeys to immortalise an evolving body of work they can be proud of in years to come. This more moody, intimate follow up work proves this point, especially as this was not just the 3rd song released by Zhuli but also one of her personal favourites:

“It was important to do a video for this one because I wanted to start visually cementing myself and creating an image along with a sound. By the third song, I hope people are starting to get a sense of who I am and what my vision is as an artist. Heartbeat is also a slightly different direction to ‘The One’ and ‘IKEA’ so I wanted the video to tie it together. I also just love film and videos so whenever I have the time and budget to make one for my music, I do.” 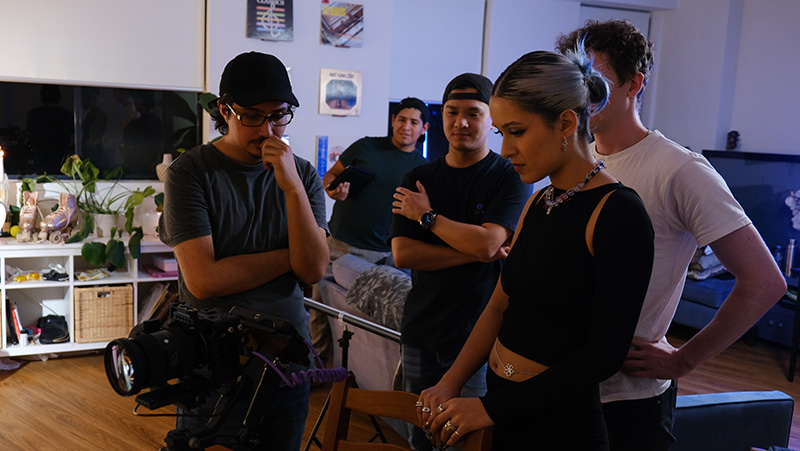 The creative process for this video was familiar and typically entailed a degree of experimentation, scrapped ideas and longer pre-production than is ever known, but this is what the joy of filmmaking is all about. Being a fan of film and having an obviously strong sense of artistic direction, driven by an enthusiasm to challenge herself, it was no surprise to hear that Zhuli was heavily involved in this process.

“Initially I thought the one shot would be too difficult, but these guys are logistical masterminds and made it possible! I also always mood-board my ideas for visuals, which Cristobal then takes and creates storyboards, shot lists, and expands on the ideas. We had many zoom calls talking about the vibe and the presentation.” 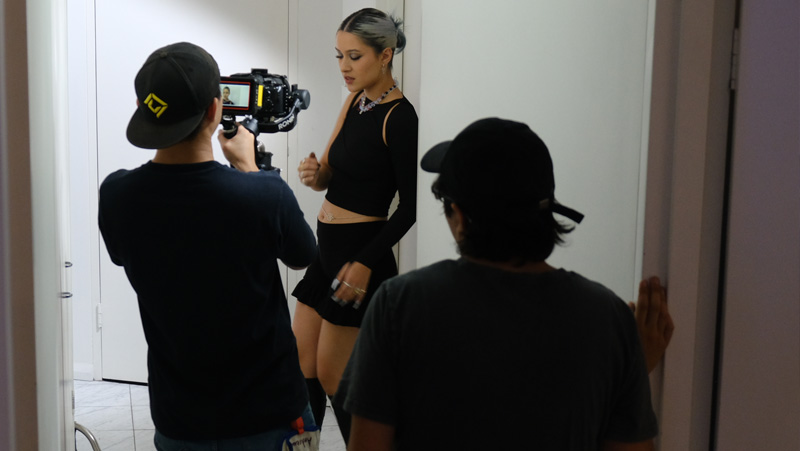 Zhuli has a really engaging sound that balances a healthy dose of unashamedly pop influence with her own uniquely boisterous identity, all made possible by record producer Harry James – who also cameos later in the video. For even a young talented musician, having to develop their identity in the public eye on the fly can be daunting, that’s why having a trusted network of filmmakers can go a very long way.

“I am who I am and I don’t really have much power over that, so being able to work with a team that understands that process and is happy to create, experiment, throw ideas out, and face a challenge is amazing.” 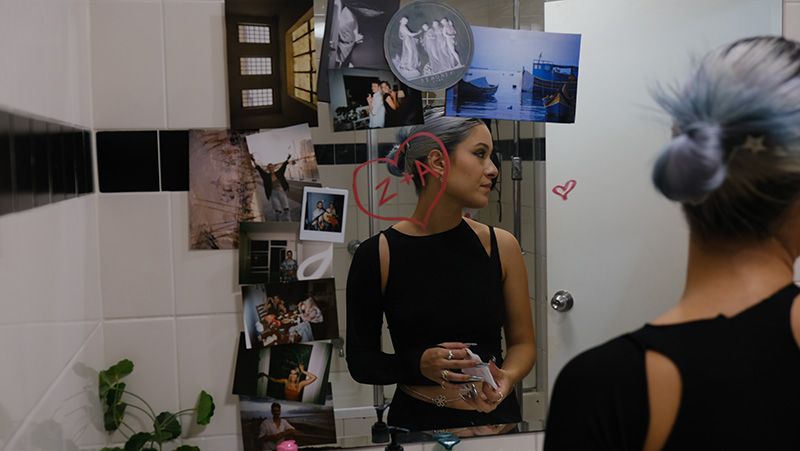 As the clip begins, we are initially confronted with the very dry harsh ambience of ‘silence’ to coincide with Zhuli hanging up the phone, after what one would guess was an unsurprisingly annoying call. She gets up and leaves the first location as the music eases upwards, closing the door for the moment on another chapter of an oscillating relationship. The clues don’t quite stop there although it seems to be simply tracking the artist’s movement and performance through the present, there are reoccurring symbols and signs of pain, love and frustration. Viewers can be forgiven to think this clip was going to be a one-taker, however Cristobal knew from the get-go it was to be a little more interesting.

“It always started with the idea of doing a 1 take for the first half and then have the video develop its own energy in the second. Plus it was fun just doing coverage for each room and showcasing them in the second half. We shot a pre-vis during the early stages. We spent a half day figuring out what rooms to use, what angles and deciding on pacing. After that I had a spreadsheet with every shot angle laid out from that one take and started brainstorming what visuals and lighting we wanted for each room. 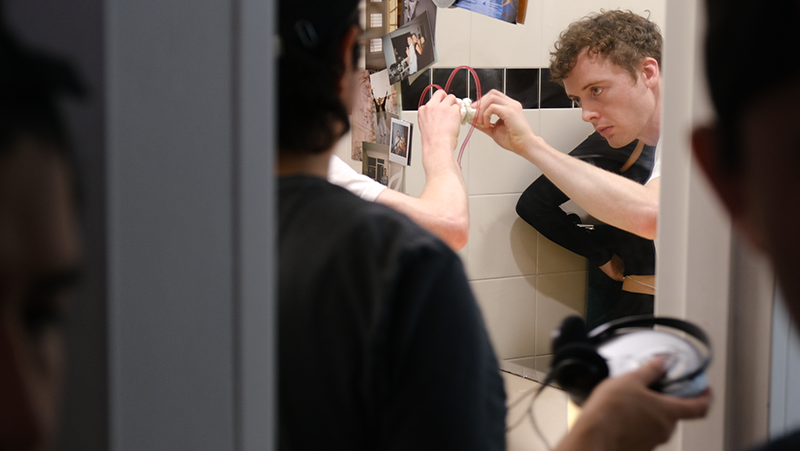 A resourceful part of production designing for a one-take video or where longer shots are executed will mean larger swathes of a set or props on standby for the performers to interact with. Cristobal mentioned how once the ‘set dressing was complete they were free to play on interaction with the space’. In what is a seemingly a lonely video thus far, the CD player gives Zhuli more than a device to hold it; also acts as a visual motif to rue, paralleling the relationship’s trajectory to nothing more than a repetitive “scratched up cd”. If the audience hasn’t caught the drift by now, the makeup heart and initials being crossed out in the mirror should do the trick. It was also important that the visual approach considered this concept too. DOP Andrew Lin was again brought into the creative fold, he elaborated on the aesthetic goals and equipment utilised:

“It’s a balance between real and highly stylised. We wanted everything to look nice but still allowing for stylistic choices as Zhuli moved from room to room. It allows us to visually demonstrate the different stages of a relationship (honeymoon phase, break up, etc.). We used a Sony A7III + Sigma 24-70mm. We shot the long apartment scene at 24mm, which allowed us to show the space but was not disorienting for the viewer.“ 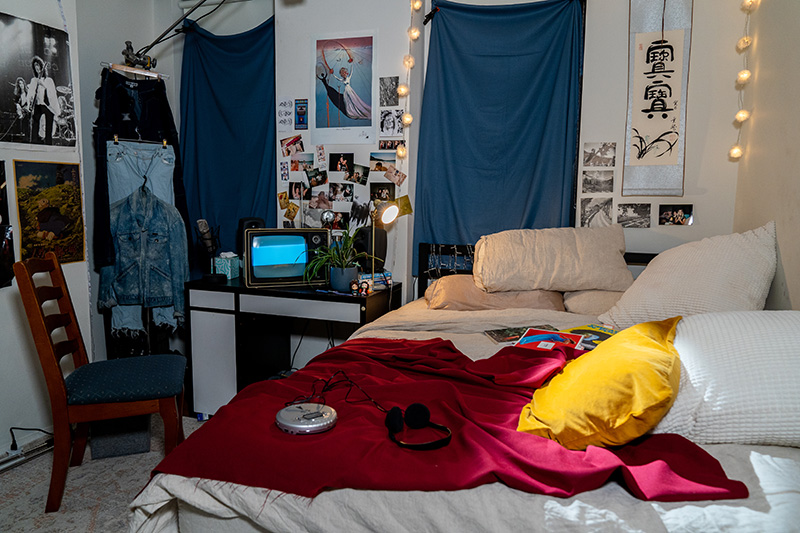 With only a few protagonists onscreen, less certainly can be more and a lot of focus is on the minute details. Given Zhuli’s strong desire to seek partners for all aspects of exploring her art, fashion in particular occupies a special place to champion and give platform to fellow creators from the broader arts community. Zhuli expanded on the essential role that prolific stylist Marisa Suen (Genesis Owusu, Milan Ring, Deepa) played in this process.

“Marisa was amazing and brought the whole clip together through the outfits. She understood my vibe as an artist and person from the get go, and I trusted her immediately. Marisa curated everything that I wore and all the little details around it like jewellery, nails, hair and makeup, and used upcoming and local Australian designers which I feel passionate about supporting. I did the hair and makeup myself but it was so freeing to have someone there to give me assertive advice and opinion, and to validate me on my choices. There’s so much that you have to think about as an artist that it can get really overwhelming sometimes, so having a stylist who was able to understand the vision and take that responsibility off my shoulders was liberating. Marisa also curated outfits that I definitely couldn’t have sourced myself, she was invaluable to the video!” 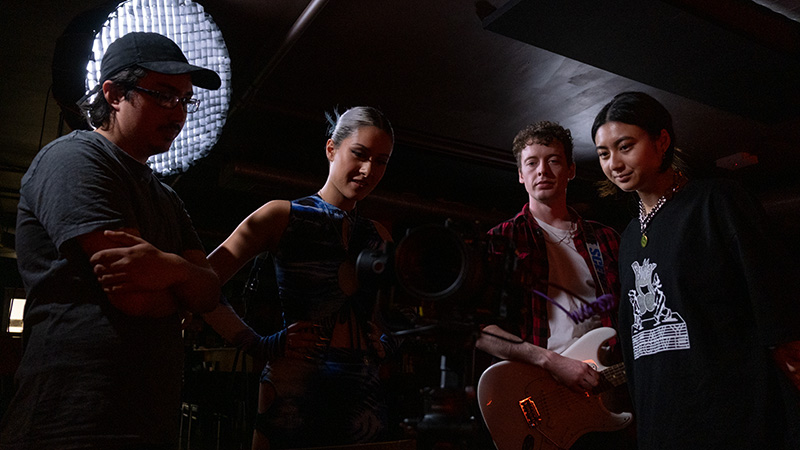 With all visual elements working in harmonious synergy, the final stages of the video involves each scene being revisited and employing high intensity cuts, to maintain pace with the track. The splendid work of offline editor Alexandra takes a journey in and of itself, especially given the singularity of how the clip began. Unlike the rest of the team Alexandra had a more kindred connection to one of the crew members in particular, to which Cristobal reveals:

“My sister, Alexandra was the lead editor and was able to do the masking for the transitions for the bar scenes. I later did some minor adjustments with the photographs, but she laid the foundation for most of the edit and after the first rough cut it was 90% complete.” 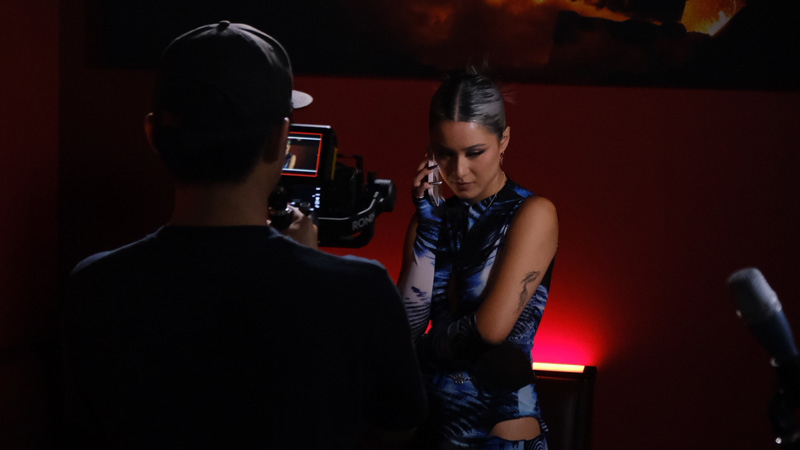 As the video unfolds we see more focus on the live performance scene towards the latter half of the story, which through the band’s commanding presence, hints at a possible fresh perspectives. However, this is short lived only to seemingly be proven wrong with a twist, to answer the phone yet again. Zhuli chimes in for some closing thoughts of the meaning behind the work:

“The song is all about that cyclical kind of relationship where you’re unable to let go of each other and keep going back even though you know you shouldn’t. The music video starts by hanging up the phone, and then moving through all these different sets and lighting and emotions, just to pick up their call again in the end. It expresses the nature of going back to something even after all the progress you’ve made yourself.” 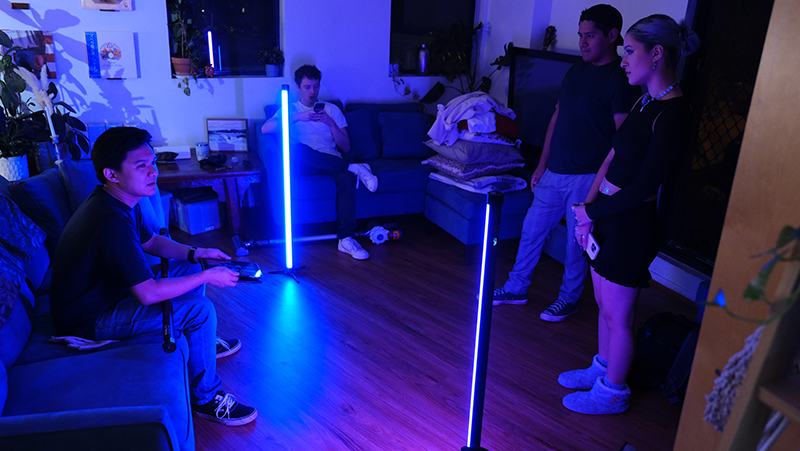 It’s fitting that the end takes place in the room with the phone and band together. This reminiscent yet spirited clip celebrates the true meaning of collaboration as a way to tell intimate stories, whilst raising up fellow artists and hinting as music (yes even on a skipping cd) as catharsis. The result of this music video is a sensational effort by a young and expanding eclectic creative community supporting Zhuli’s vision.

Here is the official video for ‘Heartbeat’