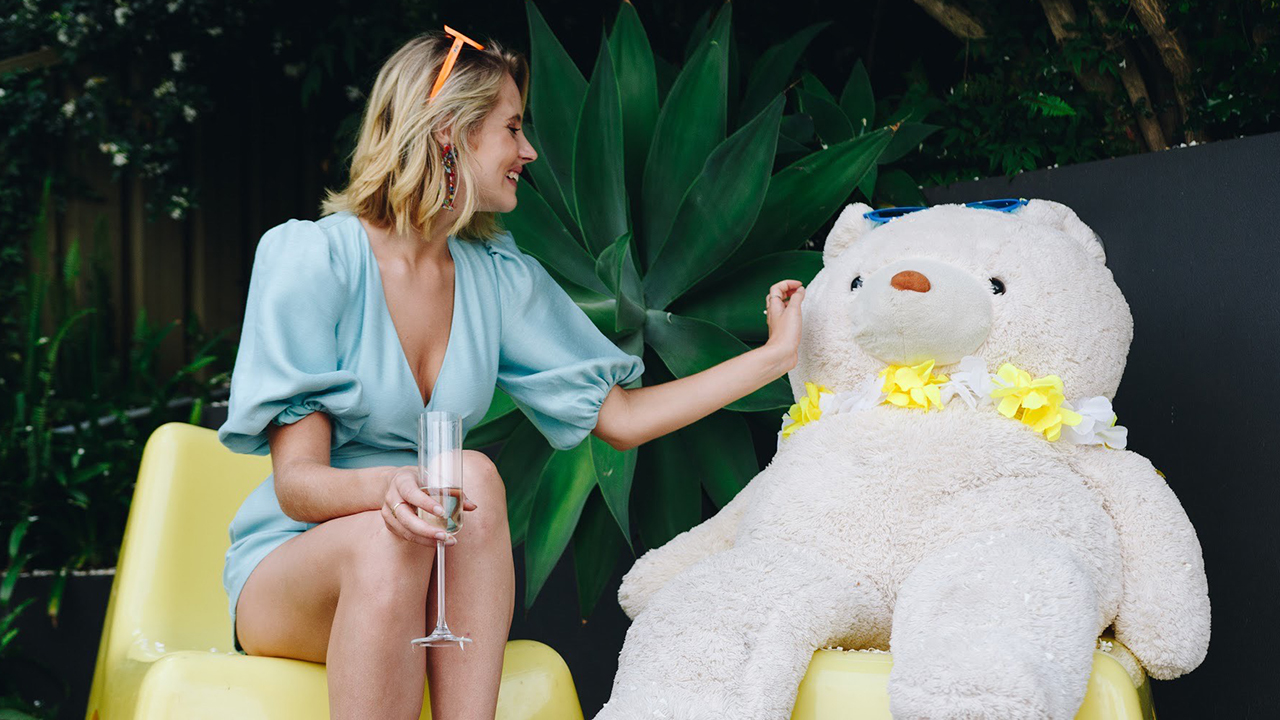 by Anth Webster
0 comments
When Sydney singer/songwriter Saorsa was putting pen to paper on her new single ‘The Good Life’ she started to notice a certain vibe creeping in. “Going into it, this song was always meant to be playful and fun.” Says Saorsa, “Initially, I never set out to mimic the style of the early 2000’s but in writing the lyrics and as the production developed I could 100% feel the sound developing into some of the oh so good, but kinda cheesy pop/RnB of that time.” 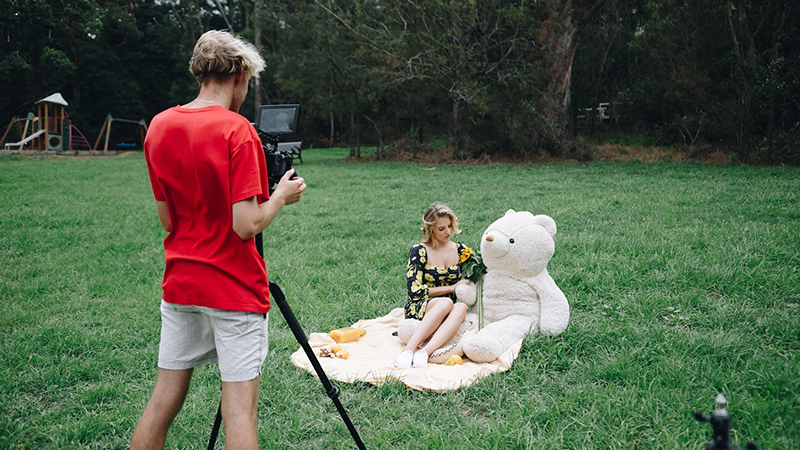 “Destiny’s Child, Christina Aguilera, and so many others were huge influences in my childhood, occasionally I can feel those influences in the material that I write. As well as my music being influenced by artists from the naughties, there are more recent artists that have inspired this track. Just before writing this track, I was introduced to an artist named Raveena on Soundcloud and her soulful tone really resonated with me.”

The song bounces along with these Stevie Wonder-esque organs and a super clean bassline, over which Saorsa layers smooth vocals that play with an idealisation of a relationship, dreaming up perfect scenarios to share with her beau, all delivered with just a hint of a wink. Saorsa explains: “Lyrically the song is cheesy as heck (which I love) and I wanted a video which reflected the playful nature of the track without being another boring girl and guy going on a date video. Within about 20 minutes of writing the song, I had the clearest idea in my head that my new beau was going to be a tall, sweet, cuddly and super fluffy bear.” 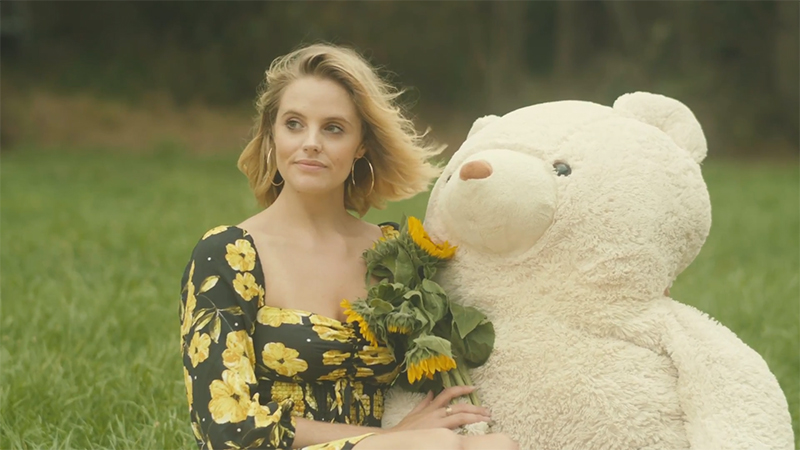 The video, self-directed by Saorsa with the production assistance of Teel Studios, follows Saorsa through a series of picture-perfect rom com clichés like the flirty cooking food fight cooking, lying together in the grass, sitting coupled at the end of a pier. Every shot is so crisp and clean and graded with a certain soap opera haze that makes it feel so romantic and special. ”I wanted to transport people to a cheesy rom com world but with a twist.” Saorsa continues: “So yeah, the shots from the scenes pretty much came from classic date ideas, movies and TV shows, some of which I’ve done IRL but others which were more comedic in nature…”

“I can’t say that the idea resonated from anything in particular, it was just this instant moment of clarity and I knew that it was exactly how I wanted the video to be shot. I think, looking back on it, having the bear as a surrogate boyfriend, really allowed me to be dramatic and cliche (in all the right ways) when it came to the date scenes. I wouldn’t have felt anywhere near as comfortable shooting half of the things I did if there was a real boy there.” 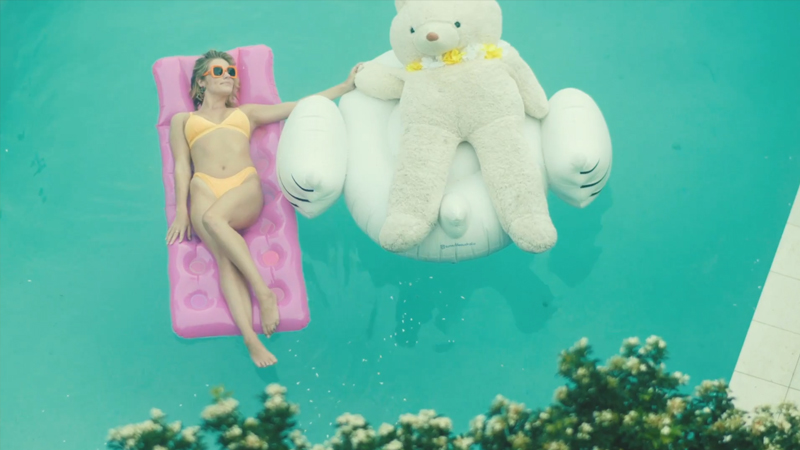 There is such delight in this song and video pairing which has a lot to do with the self-awareness of it all. Saorsa not only appreciates her inherent pop sensibility, but grabs it with both hands and shakes every bit of gold out of it. There is no pretence about it. And when matched with a video that revels in it’s own silliness but not so much that it’s on the nose, aided wholeheartedly by an incredibly charming performance by Saorsa and her near-inanimate counterpart, it makes for such an enjoyable experience.

Saorsa’s direction gains a huge boost from some incredibly steady hands behind the lens, Teel Studios offer up an completely fresh and clean looking piece of video, the perfect delivery vessel for this saccharine soap opera. When asked about working with Teel Studios, Saorsa replies: “Tom and Liam are such legends! We met for the first time on the day of the shoot and honestly I couldn’t have asked for a better team. They really understood my vision and were down to do all kinds of creative things. Within half an hour of knowing each other Liam had thrown a huge handful of flour in my face and from that moment on I knew the day, and the shoot, were going to be such a good time.” 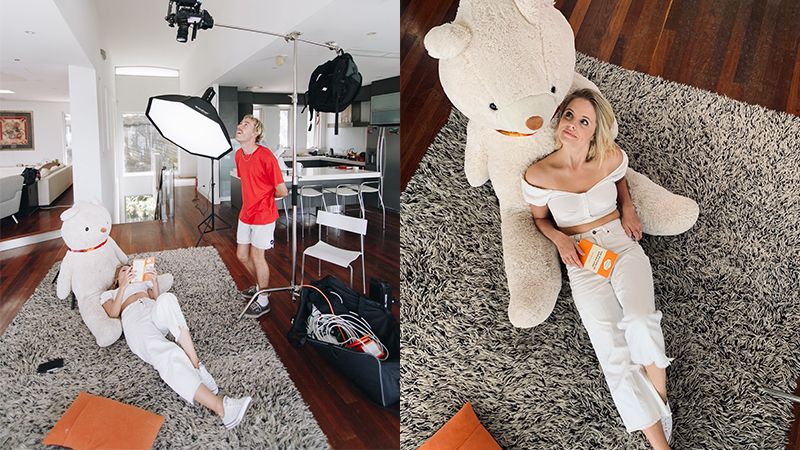 “There were never any moments of tension or creative difference, when I wanted to do scenes in the pool, in they jumped, tripod and all to get the right shots. We had a really free-flowing approach to the video, we’d brainstormed the scenes prior, but really we wanted things to be in the moment and impromptu – (time to give the old acting skills a workout). I remember it was the end of the day, and Tom joked that the clip should end with this big love heart fade, we all had a big laugh but then was the ‘yeah but for real, we should do that’ moment.”

Here is the official video for ‘The Good Life’