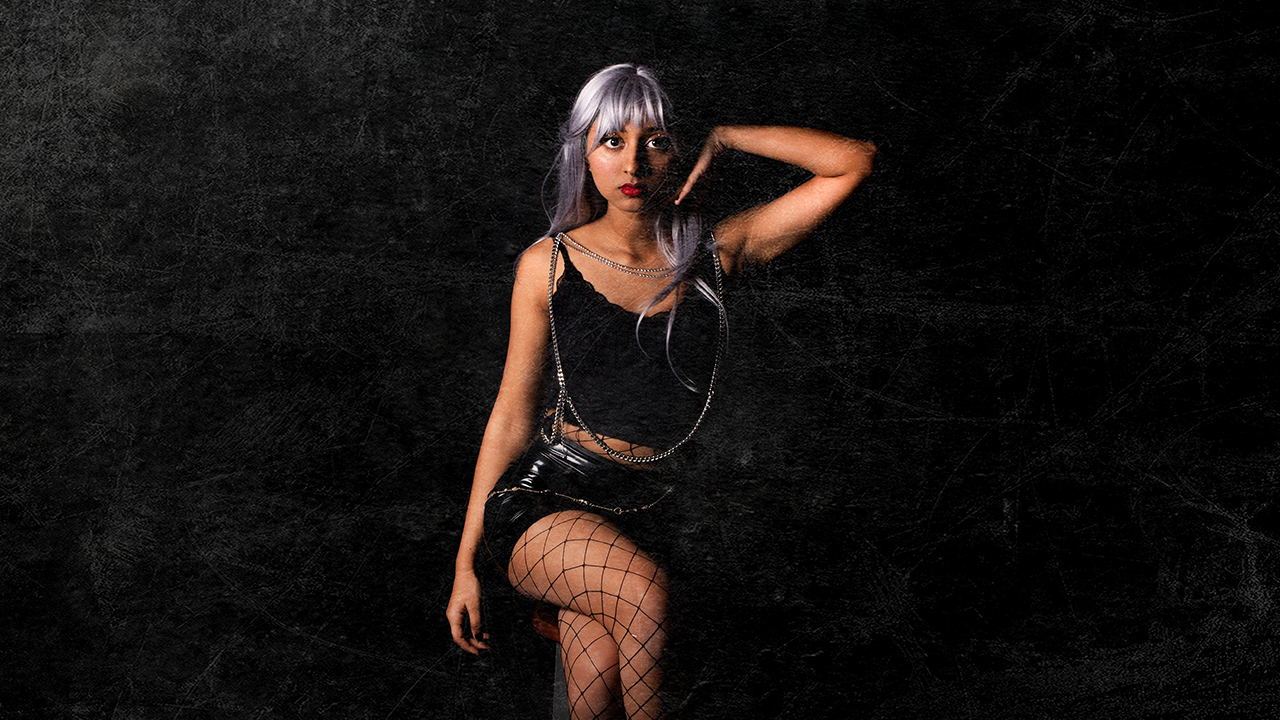 [dropcaps type=’normal’ font_size=’60’ color=’#ed145b’ background_color=” border_color=”]T[/dropcaps]hey say making music can be therapeutic, a way of releasing frustrations and pent up feelings in a healthy and harmless way. It could even be said that a lot of the greatest music ever made came from a place of personal anguish and as such, a certain shared catharsis can be felt when listening to it. For California-based singer Someya, her new single ‘Always Here’ was definitely came out of emotion and frustration, which is extremely evident in the song, not only lyrically but in its production too. 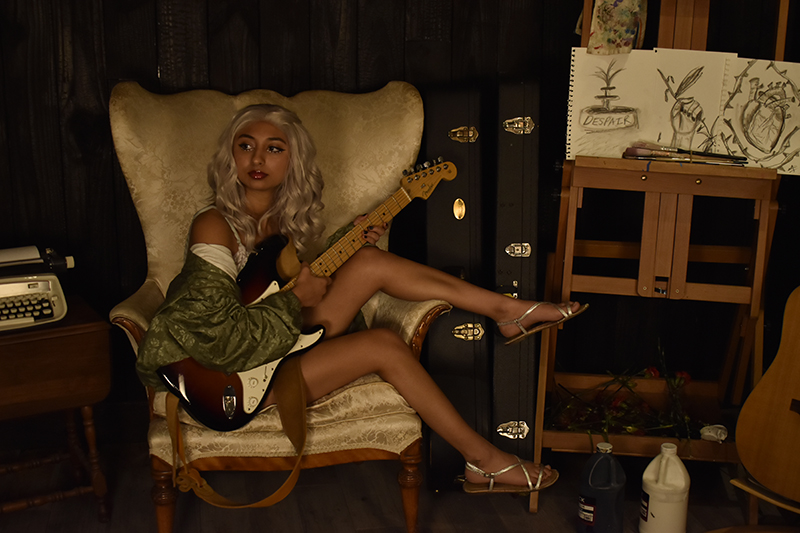 “I wrote it when I was feeling really angry and hurt about something,” Someya explains, “so it turned out to be that type of song. I was in denial about being upset with the circumstances, so overall, there was a sense of darkness and edge I was feeling. When we went in to produce it, I already knew I wanted it to be very dark rock influenced. I wanted heavy electric guitars. I also wanted a dark, grimy, synthy electro-pop influenced bass throughout because I love hearing that in music. It makes me feel something, so it seemed to be the perfect addition.”

”We also added a lot of weird scary sounds, like glass breaking, a haunting choir singing at certain parts, a lot of layered harmonies that are more subtle, guitar feedback. I feel like the combination of this transports the listener to feel something like what I was when I wrote the song. I think it also really hits you at the very end when all the instruments are stripped away and it’s just me with my feelings, singing the last words.” 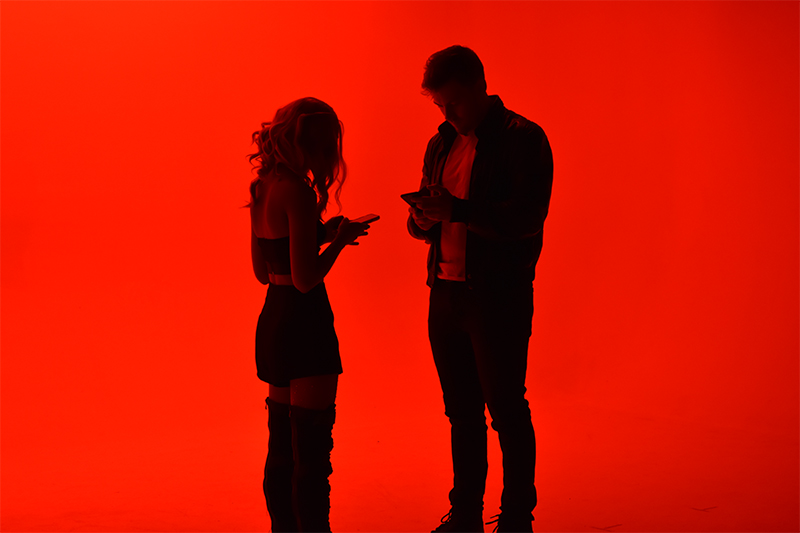 Along with being able to channel the anger into the song’s emphatic and dark-tinged production, Someya was able to visualise the feelings she was experiencing and transfer them to film. The music video for ‘Always Here’, which Someya conceptualised herself and co-directed with Sean and Michael Sheetz of Sheetz Multimedia, exists within this rich palette of reds and blacks, intense colours that evoke sensations of passion and rage, amidst a production design that harkens back to a an almost 90s blend of new age, goth and wicca. Someya elaborates: “I always saw this song as red and black, so it was really natural for me to make that a main part of the concept… I want people to be able to imagine what I do when I sing the song: red.”

This aesthetic is carried across into Someya’s make-up throughout the video. She uses crimsons, maroons and blacks in a series of different styles that take influence from earthy dot artwork and even dramatic running eyeliner. A true DIY multi-talent, Someya also did all of the make-up in the video herself, musing: “I love makeup. It lets me be really creative as an artist, in more senses of the word than only musical. I’ve been really into gemstone makeup recently and I’ve been wearing subtle versions of that almost every day, even when there’s nothing else on my face, so I did many different looks based on that throughout the video.” 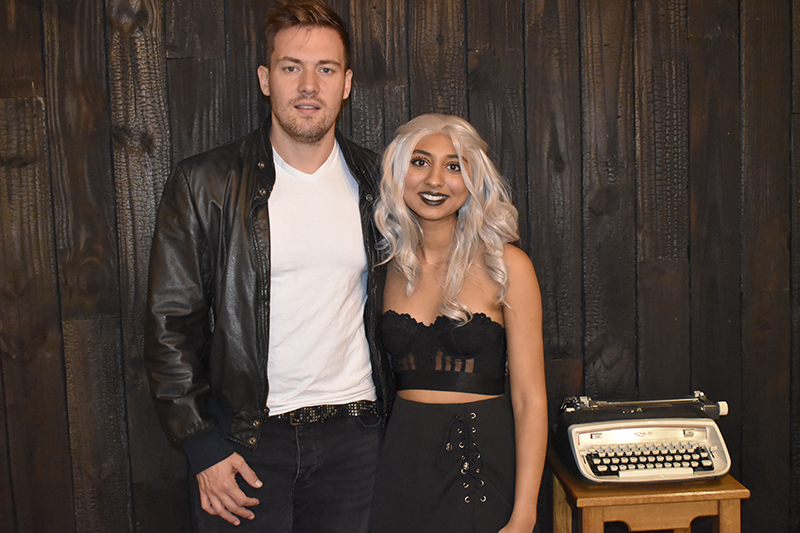 ”Many of the shots are quite stylized and dramatic looking, mostly because that’s how I always feel on the inside. It’s kind of funny really. The scene in the bathtub with the scary unrealistic black tears running down my face with red glossy eyes was another instance of dramatized stylization. I wanted the water in the bathtub to transition from black to red, a bit reminiscent of blood. And it all, including the makeup, is supposed to represent my feelings of anger, hurt, and emotional turmoil.”

The bathtub scenes really do typify the overarching emotionality of the music video. It’s such a classic, the top down shot of a woman in a bath, given a real dramatic and even slightly horror-esque tinge with the murky crimson water and running eyeliner. This theme is carried over into shots of Someya lying on the floor surrounded by a scattering of roses, all with an air of a kind of dark obsessive romance. Another sequence in the video depicts Someya and a male counterpart, silhouetted against an extreme red environment, a heightened image of a turbulent argument amidst flashes of red-hot emotion. 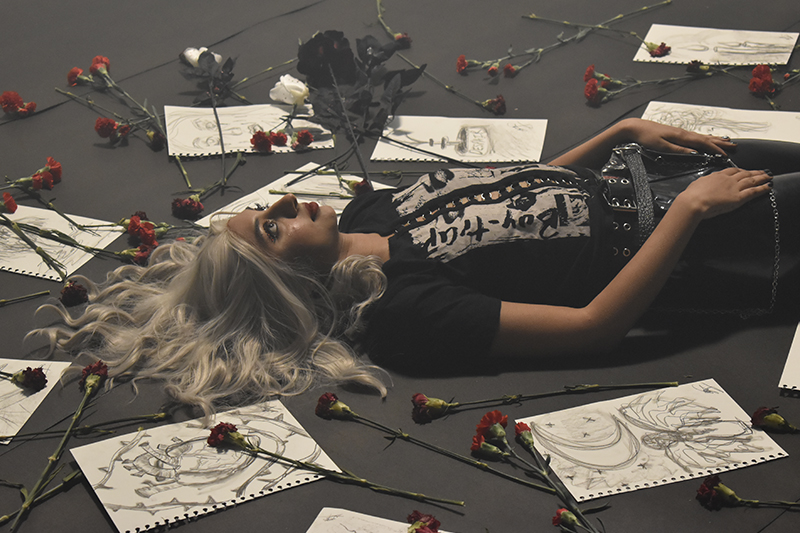 ‘Always Here’ really takes on board that prevalent idea that music videos can be a heightened form of film that is the breeding ground of such great content. Especially given the drama inherent in the song, the video feels perfectly akin. And while Someya’s creative prolificacy and stylistic attention to detail are a massive factor in the execution of this video, she does speak extremely highly of her collaborators Sheetz Multimedia: “Working with them was great. I gave them my entire concept and instead of asking me to change my vision, they were like “Great! Let’s do it!” They really took it in stride and enhanced everything I had envisioned.”

Here is the official video for ‘Always Here‘