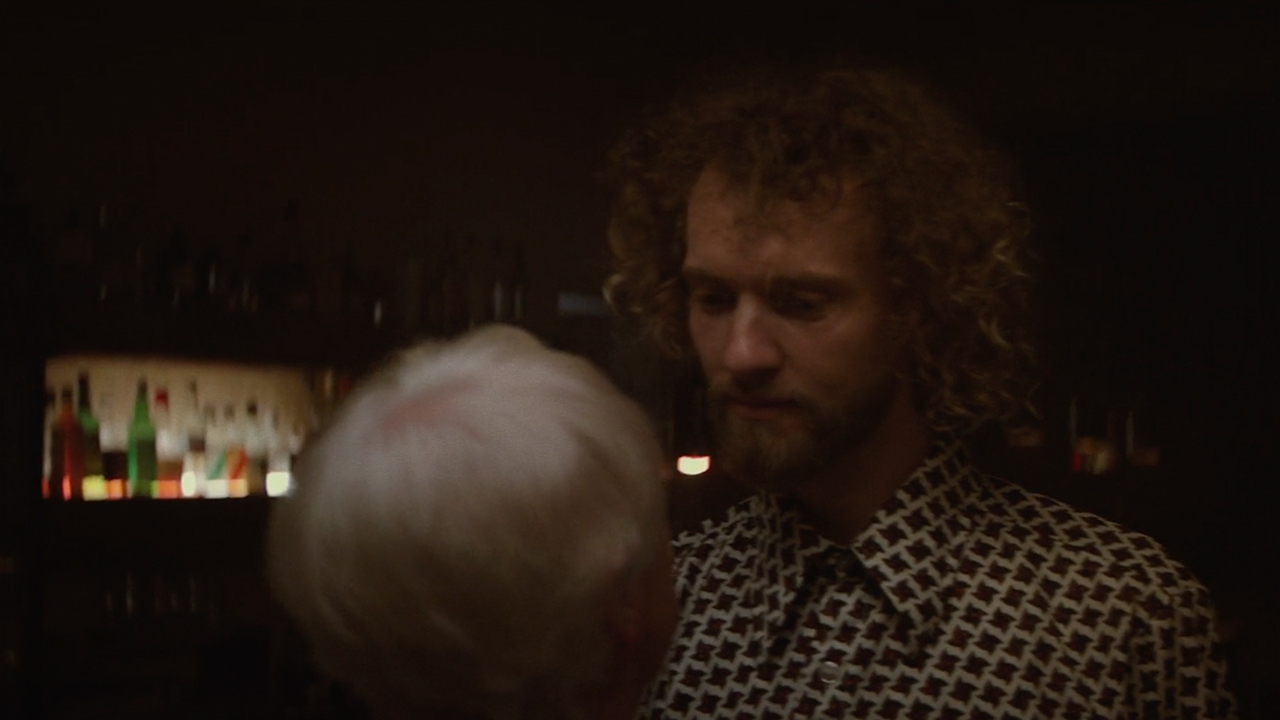 [dropcaps type=’normal’ font_size=’60’ color=’#ed145b’ background_color=” border_color=”]A[/dropcaps]s a barkeeper closes up shop they allow themselves a moment of peace. A moment without self-consciousness and expectation where they can be taken away by a song. This is Berlin pop artist Viv le Vav, looking so natural and at home in this world as their latest song ‘Intense’ floats lightly and delightfully through this empty venue.

There is a kind of new-wave vintage about ‘Intense’, while slightly playful in its tone there is a certain lament or longing present. Director Eloise Walker wanted that despondency to be felt in the video as well, stating: “I had always wanted to make a music video that featured a lonely man singing alone in a bar. I’m not sure why this is. I’ve developed this weird obsession with lonely scenes that are kind of pathetic to watch. In the way where you kind of want to laugh at the character, but you kind of feel bad because you see yourself in them too.” 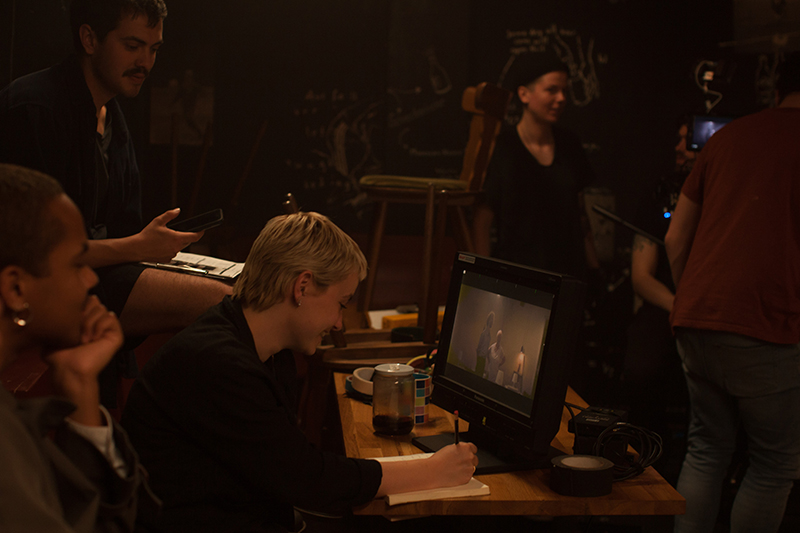 This sense of solitude is so wonderfully brought forward by Walker as the entire first half of the video is presented in one long shot, a spacious wide that follows Viv le Vav as they move about the room. Walker elaborates: “I wanted it to be as natural as possible. Viv has an amazing energy when he performs. It needed to be authentic to him, and to this moment. We wanted to reference the trope of dancing-alone-in-films – Christopher Walken in Weapon of Choice and Sam Rockwell in Down to Earth but make it natural, with a touch of awkwardness, just like you and me. We didn’t want it to be rehearsed-musical-like, rather get across this feeling of a real person dancing when they think nobody is watching. The only choreographed part was the picking up and putting down of all the glasses, just for resetting’s sake. The rest was down to Viv and his killer moves.”

“The thinking behind the wide one-take was to incorporate a bit of voyeurism, letting the audience in on what Viv thinks is a private moment. The reveal of the cleaning lady is all the more satisfying once you’re settled into this scene. It really draws you into his own world, you get comfy in this space before you get ripped out of it. It feels a bit weird in a music video to linger on the same shot for so long, but I think it forces our attention on Viv, shows him off too.” 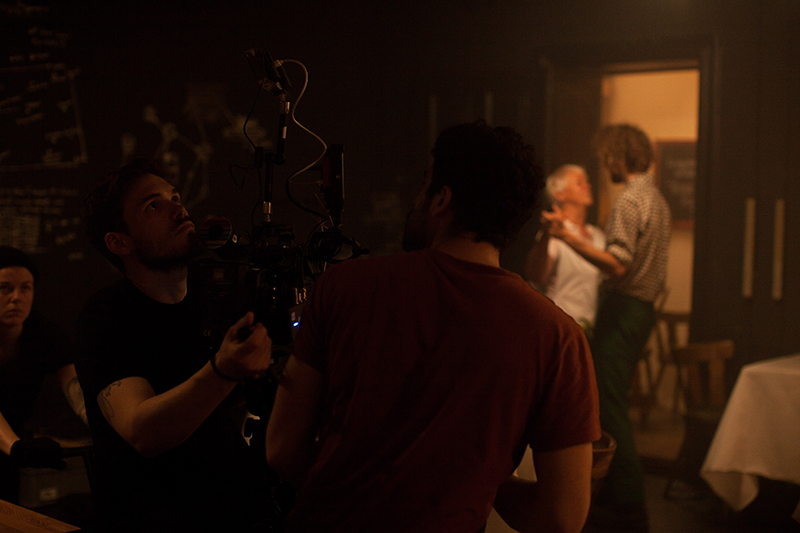 This moment that acts as the turning point of the video, when Viv le Vav’s peace and isolation is disturbed by the innocuous arrival of a cleaning lady, is given so much gravity by the extra time spent with the protagonist prior. The music pulls right out and the silence of this empty room is deafening, the pressure builds as the cleaning lady approaches the restauranteur having busted them in the middle of a most private moment.

“I wanted to give Viv his Freddie spotlight moment, and thought it would be more satisfying to see him pulled out of his world in a split second. I’m a big fan of silence – both visually and aurally. It can say so much more than words. Special thanks to my editor Aaron Lucas for pushing this silence a little too far. It makes me squirm just the right amount. I do have to say that this only began to work after our Sound Designer Tarek Soltani layered the subtleties of ‘empty bar at night silence’ to contextualise it a bit better. Silence contextualiser, I like that.” 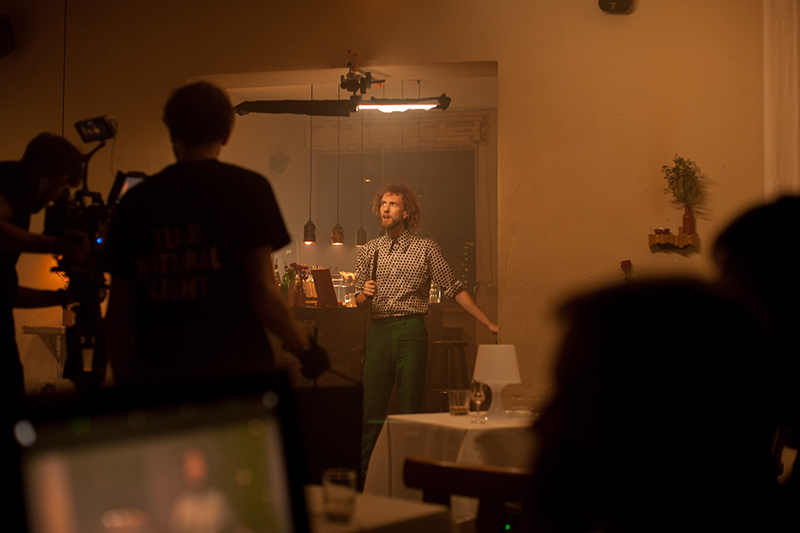 When the two characters finally take each other’s hands and begin to dance, it isn’t a big Hollywood embrace like two selves folding into one as a score swells and birds scatter into the air, it is instead perfectly understated and realistic, and as a result exponentially more touching. This turning point in the film is accentuated by the setting which begins as dusky and almost Coppola-esque, but in this moment becomes so warm with the affection between the two characters.

For Walker, the location was key to achieving this: “We were looking for a space that had two faces. I imagined the video in two parts: Viv’s solo and the pair’s ballroom. This ballroom effect was important. I wanted it to feel like the space was for them, equal parts intimate and stage-like. We shot in a homey little bar in Berlin-Neukölln called Flaschenzug who were sweethearts (Dankeschön Mark!) and let us move things around – formalise the space a little. I knew I wanted it to be dark – I’m not a fan of artificially lit spaces. It needed to feel like it was after-hours, like Viv had just kicked out his last customer and that he had the space to himself, that he was now alone. This becomes more important for the reveal of our cleaning lady.” 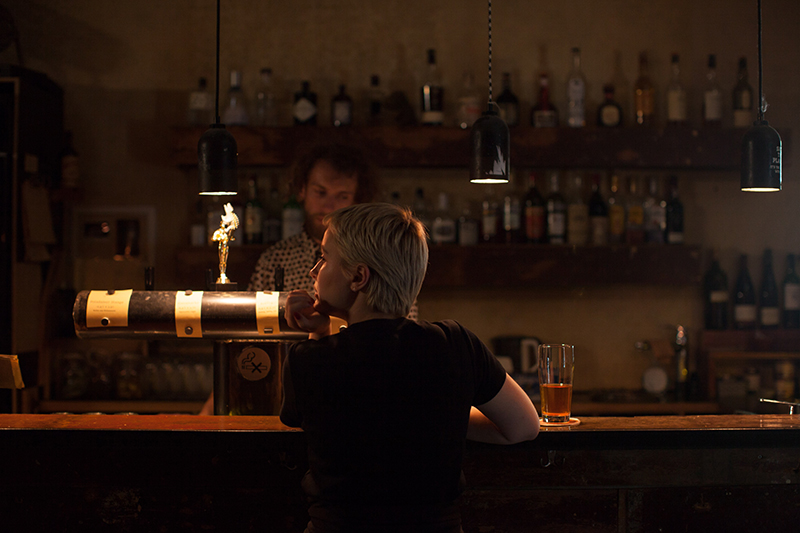 There is such joy in the coming together of these two people and the sharing of this experience. For only the briefest moment, their embrace is funny, but as a contented smile slowly creeps across the face of Viv le Vav, you can’t help but be enamoured with the scene. When asked about the importance of capturing that feeling, Walker replies: “For Viv, this track is about a feeling of romantic intensity that is fleeting. I wanted to pay tribute to these types of relationships by making a little eulogy for a connection that could have been.”

“We spoke a lot about two characters who are traditionally ignored in their workplaces, almost like background extras. It was nice to be able to bring them to the front for their own moment, and let them connect with each other on an unspoken level. I liked the idea of taking the romance away too. I was really interested in subverting the obvious absurdity of their interaction. Strangers just don’t start dancing with each other. It could have been funny, but I like the smirk that grows on your face when you watch them dance. Its warming and nice.”

Here is the official video for ‘Intense’