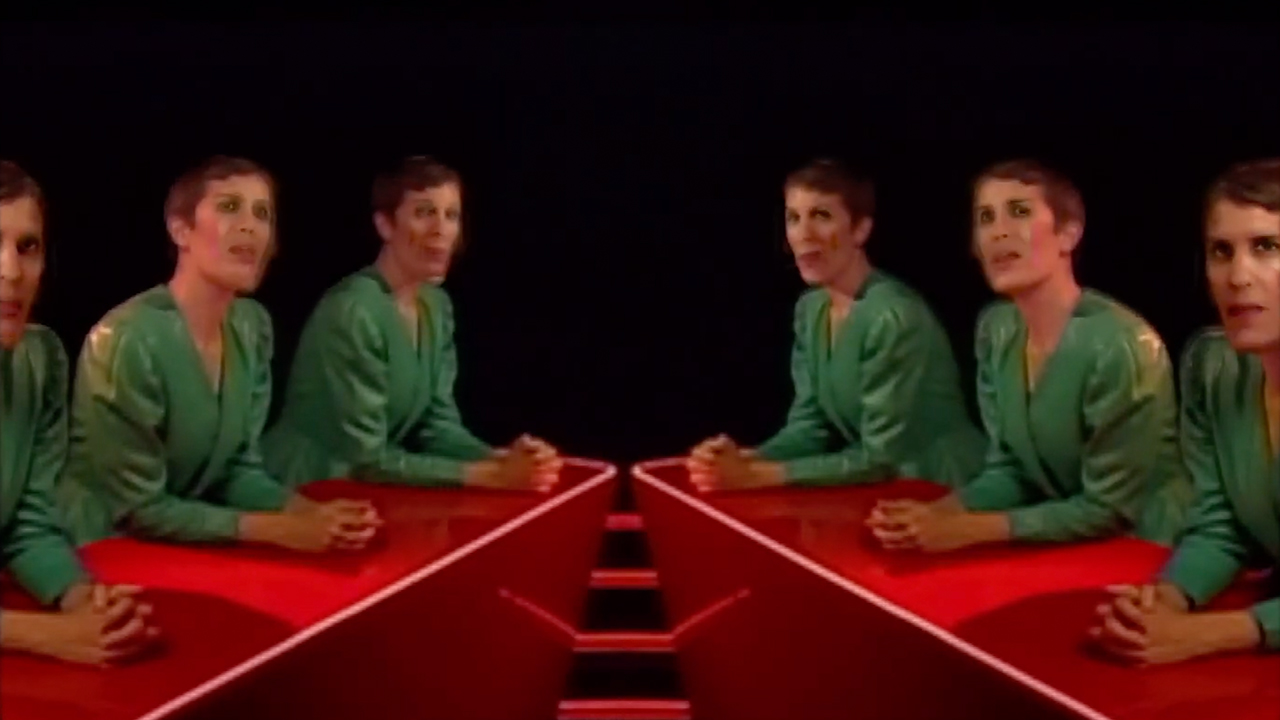 [dropcaps type=’normal’ font_size=’60’ color=’#ed145b’ background_color=” border_color=”]I[/dropcaps]f decades of speculative sci-fi have taught us anything, it’s that artificial intelligence will bring about the end of the human race, however as 2019 draws near its close we are so far yet to experience anything close to a massive robot war. The automatons have not risen against us, as far as we know we’re not currently living inside a simulation while our gross pale bodies are used as batteries. All AI has really done for humans at this point is make video games a bit better, make parallel parking slightly easier and brought on some pretty cool experimentation in visual arts, music and film. 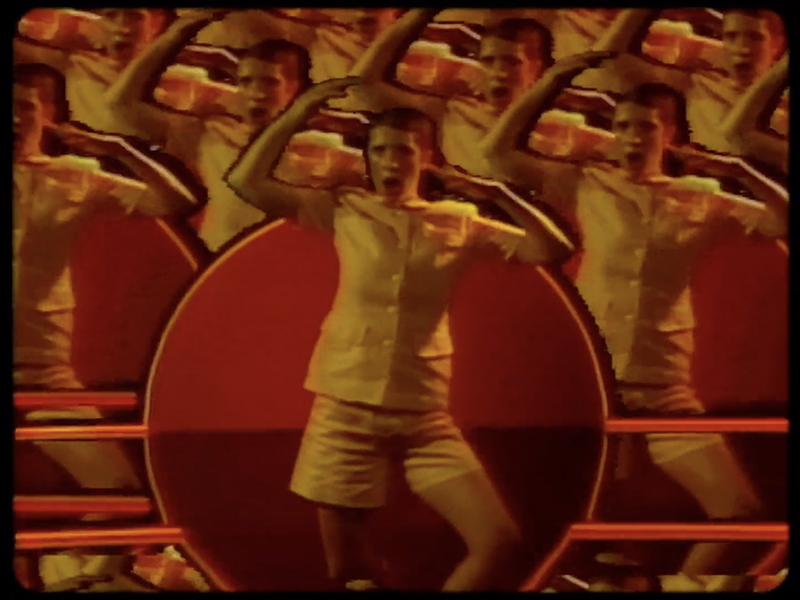 LA-based electro pop stalwarts YACHT (which appropriately stands for Young American Challenging Technology) have always had a strong element of boundary pushing within their music, often presenting as an subtly obscure slant on catchy synth-based pop. But with their latest single ‘SCATTERHEAD’ the band’s mild avant-garde streak takes on a new depth due to a new and experimental approach they took to creating the record, as vocalist Claire L. Evans explains: “’SCATTERHEAD’ sounds surreal because it was written in collaboration with Artificial Intelligence. To compose our newest record, ‘Chain Tripping’, we used a combination of AI techniques to generate new musical patterns and lyrics from our own back catalogue and influences, and then we used all that data as source material for building new songs.”

“It took us two years to streamline the process, and by the time we finished the record the technology had evolved to the point of making it obsolete—that’s how fast AI is moving. But even though it was high-tech, it was also very human, inspired by a long tradition of cut-up art and music in the historical avant-garde; we arranged our song structures intuitively from a huge amount of melodic data, assigned machine-generated patterns to different instruments, and performed everything live. We’re really interested in the ways in which AI “fails” at accomplishing a task, generating lyrical nonsense and deeply non-traditional patterns, which allowed us to expand our definition of what a song can be.” 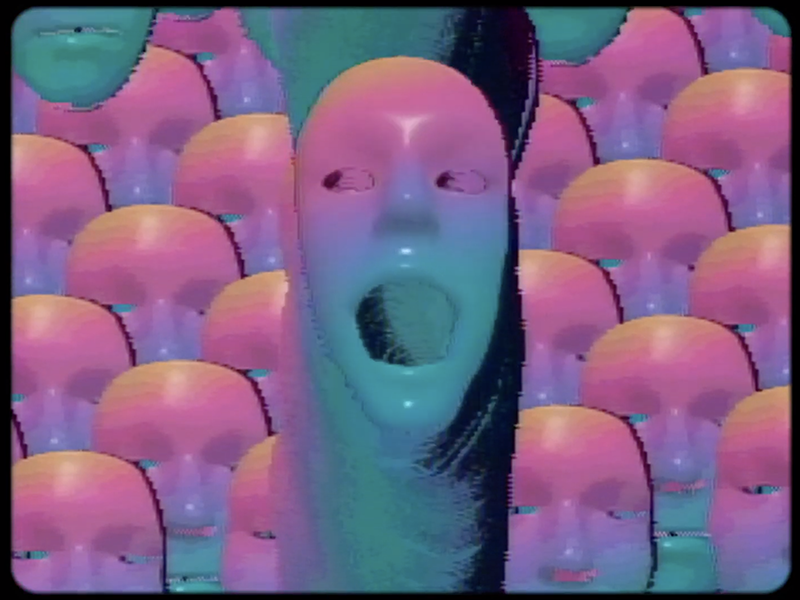 The result of this obscure approach does fall outside the realms of conventional pop music; ever so slightly off-kilter, peculiarly melodic. Yet within all that, ‘SCATTERHEAD’ is still a resoundingly catchy and undeniably fun track. Robotic, but in a joyous way. Less Rise Of The Terminator and more Flight Of The Navigator.

To give this bop its rightful accompaniment, YACHT sought to collaborate with digital and visual artist JJ Stratford, founder of Telefantasy Studios someone well versed in bending forms. “We’re long-time fans of JJ Stratford’s work.” tells Evans. “In a world of technolust, she has a deep knowledge and appreciation for the textures of analog video and early computer graphics, and she has made video art, music videos, and “mutant television” with all the most interesting artists in Los Angeles.”

“She and I have been collaborating on a cyberpunk performance art project called The Future Crew for years, and her studio is a magical place full of vintage cameras, computers, and cast-off broadcast equipment. We thought it would be really interesting to combine her analog processes with the most cutting-edge AI vision models we had access to, continuing this idea of “high tech, low fi” that we’d been exploring in the album.” 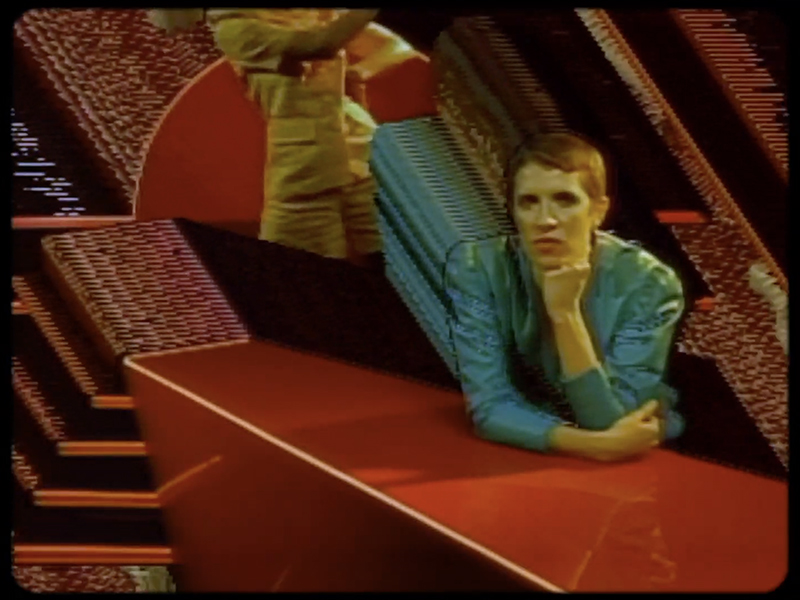 “Everything was shot in studio, with custom-built sets, and then we ran the footage through a number of different pose-detection and face-detection AI models, which we then ran back through JJ’s analog signal chain, adding analog video effects. It’s hard to tell where the future ends and the past begins, and that’s the point: we’re trying to show that we are in the early days of AI, and that its current wonkiness, oddness, and “failures” will soon feel as nostalgic as analog video.”

This sense of nostalgia is certainly present in the video, at times feeling like a throwback to those early days of artists and filmmakers experimenting with chromakeying and video manipulation, with a self-aware and light-hearted tone that even feels referential of the likes of Red Dwarf. Though according to Stratford, the process isn’t meant to be inherently referential, that nostalgia is perhaps more symptomatic of the equipment: “The goal of my studio is to make innovative, unique, and timeless works that are revolutionary to more conventional forms of visual representation. If something that comes out of our studio looks retro or nostalgic, it’s not our intention. It’s the ghosts in the machine.” 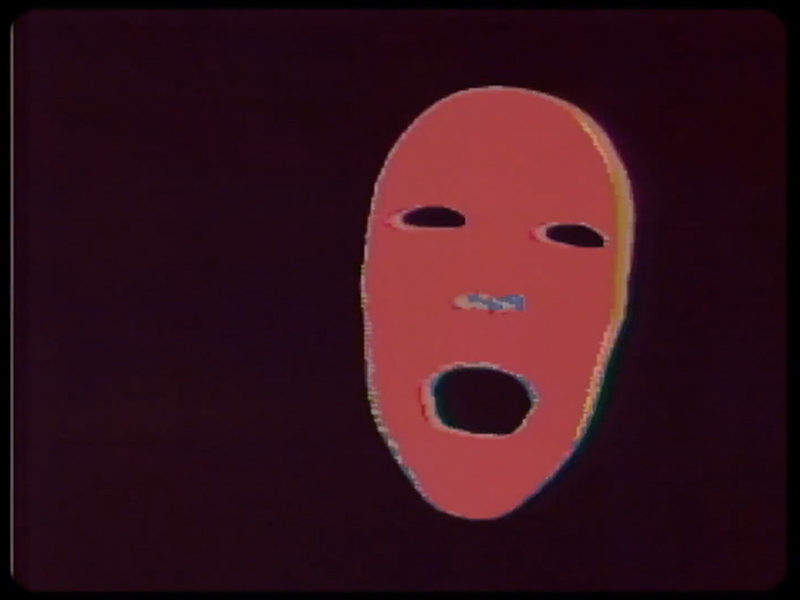 “Jona, Rob, Claire, and I met up and they showed me a wide range of experiments they had conducted using visual AI tools. A lot of their experiments seemed to echo experiments that were done in the early days of video art when artists would run clear recognizable images through video synthesizers, oscillators, and rasterizers to create distorted and reinvented imagery. The fact that these new AI tools were nearing the vanguard of a new type of image making we were curious to see what would happen if we put the AI in dialogue with more antiquated tools. Would it erase linear time? Would it reveal that nothing is cutting edge and that nothing is obsolete?”

With this sort of experimental process of creation, we had to wonder how much of what we see as the final product was meticulously plotted and how much of it was more about trial and discovery, capturing what is happening on the fly. Stratford replies: “For the source material we built a set using early CGI as its inspiration to establish a sort of “practical latent space” to anchor the video in. The video was then shot on a television broadcast camera from 1970 and recorded onto Betacam tape. We knew exactly what parts of the song we would run though AI models and which parts would be run through Analog hardware. Because YACHT had run a bunch of experiments with AI previously and I am fluent in Analog technology we had a pretty decent idea of what the outcomes would be but hoped for mistakes, mishaps, and gremlins in both AI and Analog to come to the surface and surprise us.” 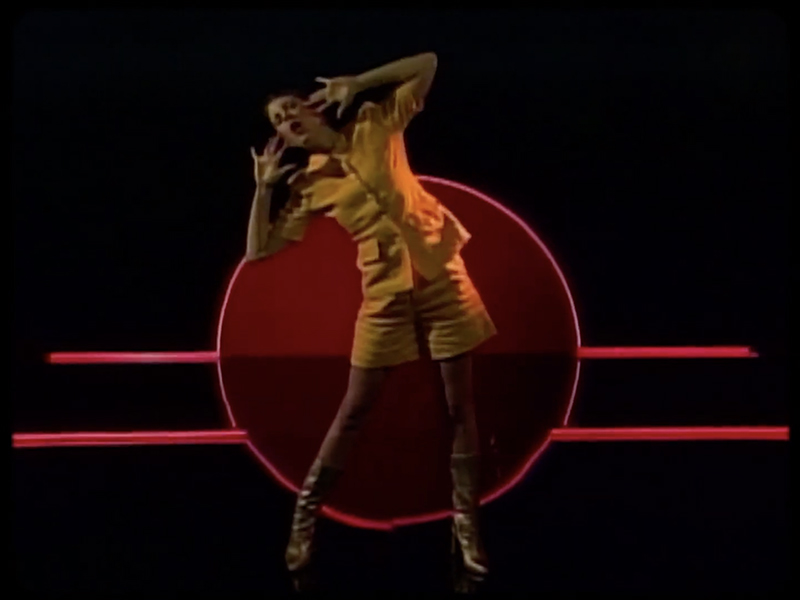 “The interesting thing about both AI and analog is giving up a certain amount of human control over to a machine and asking it to become sentient. In ‘SCATTERHEAD’’s world we hoped AI and Analog would become sentient and best friends.”

Here is the official video for ‘SCATTERHEAD’