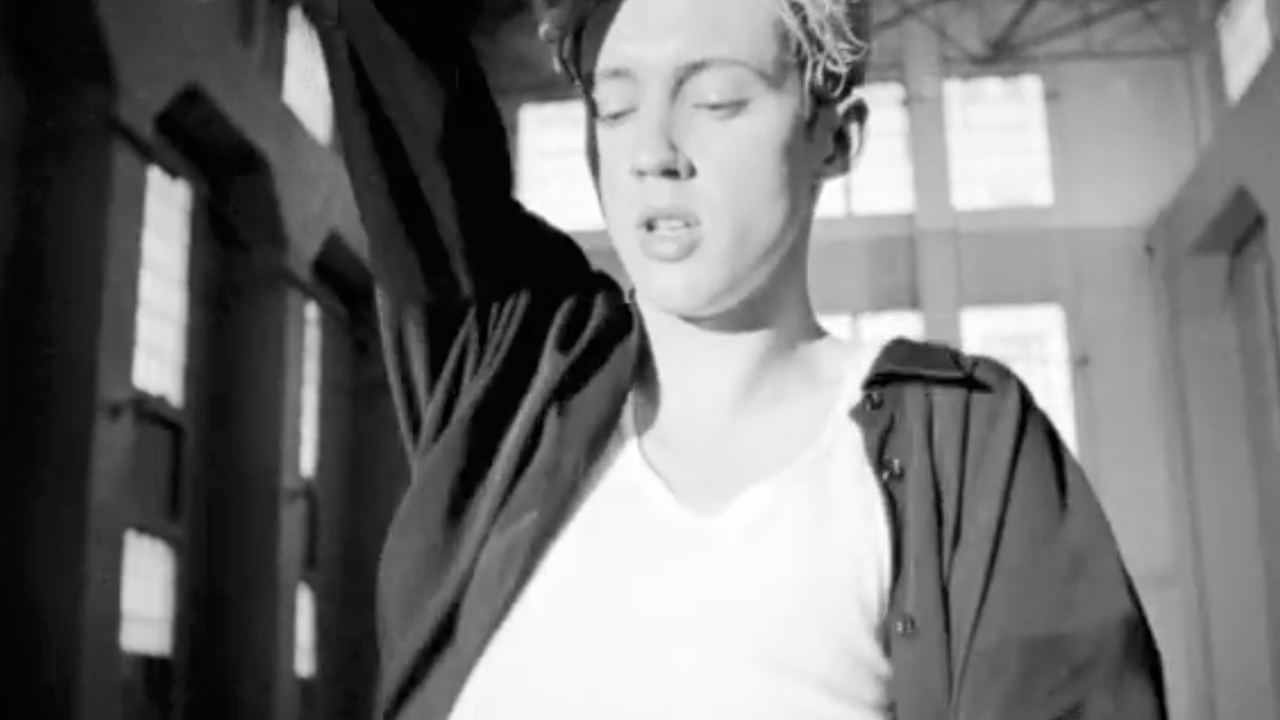 Director, Grant Singer has captured Sivan’s sense of lust, excitement and wonder in a personal video that nodding to multiple styles of the lone singer dancing for the camera. What might be missed in simply listening to the song, is a flavour of 90s RnB. Those same sultry beats and melodic choruses, coupled with breathy slow verses are in the music, but the cinematography and design of parts of this clip bring all of that right back to the fore. Shot with film grain (either in camera or in post) and in Black & White, the bright flashes of a camera, Sivan performs in a warehouse wearing a loose white shirt and black trousers. All very much the style of 90s RnB videos. That evocation works well to normalise the homosexual aspect of the song/artist as it is all simply a song of lust and youth, no matter what orientation. Plus, it’s just fun and that glee is there throughout the whole clip.

Utilising not just B&W, but moving into monochrome yellow/green and neon Red/Blue palates for the modern, crisp cinematography, there is sweat and sex in the compositions, being tighter and looser while Sivan sings & dances to the camera. The choreography is as fast and loose as the camera work in the best possible way.

Here is the official video for “My My My!”